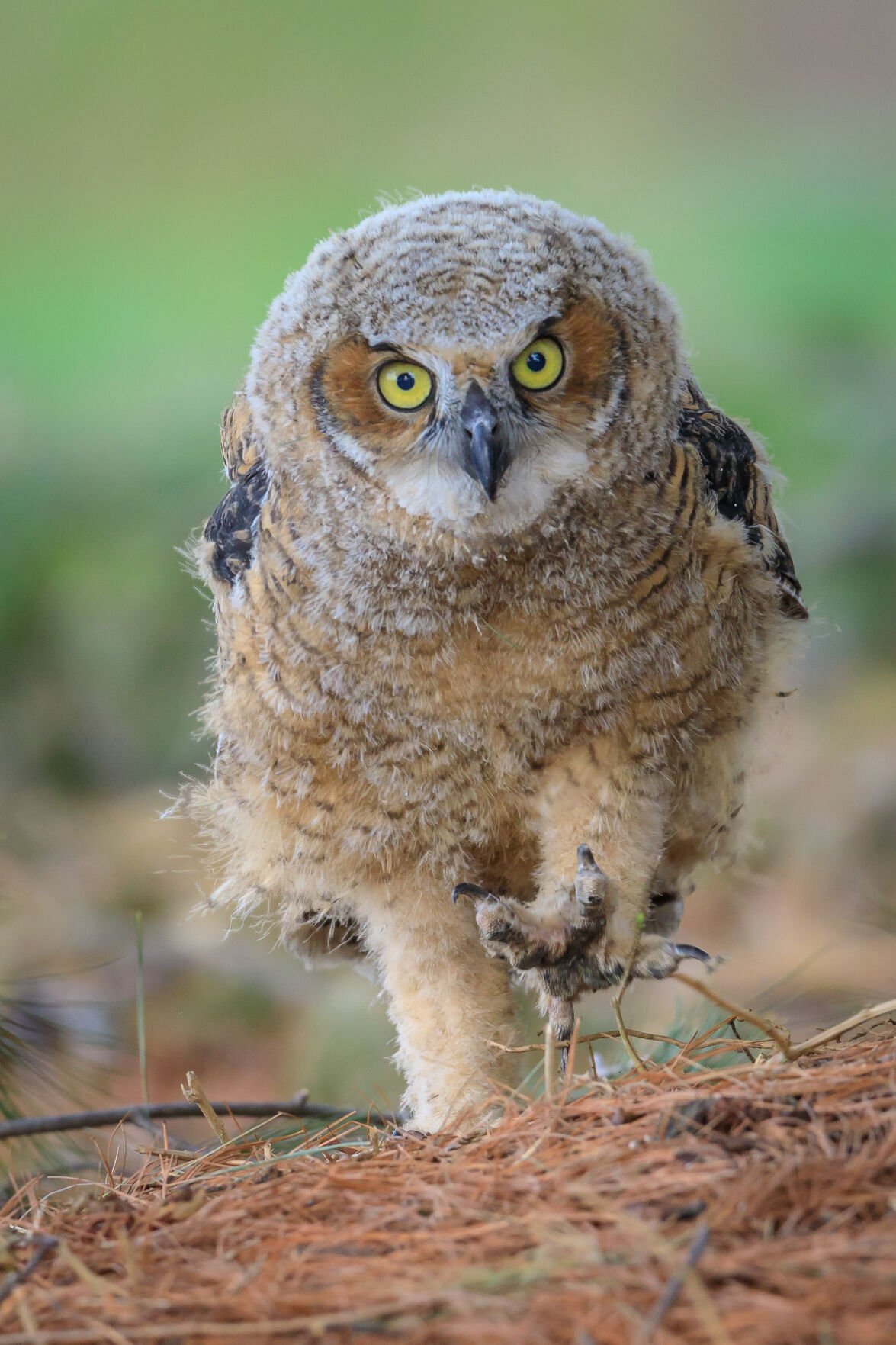 This baby great horned owl fledged while James Netz was photographing the family. It caused quite a stir. Photo by James Netz 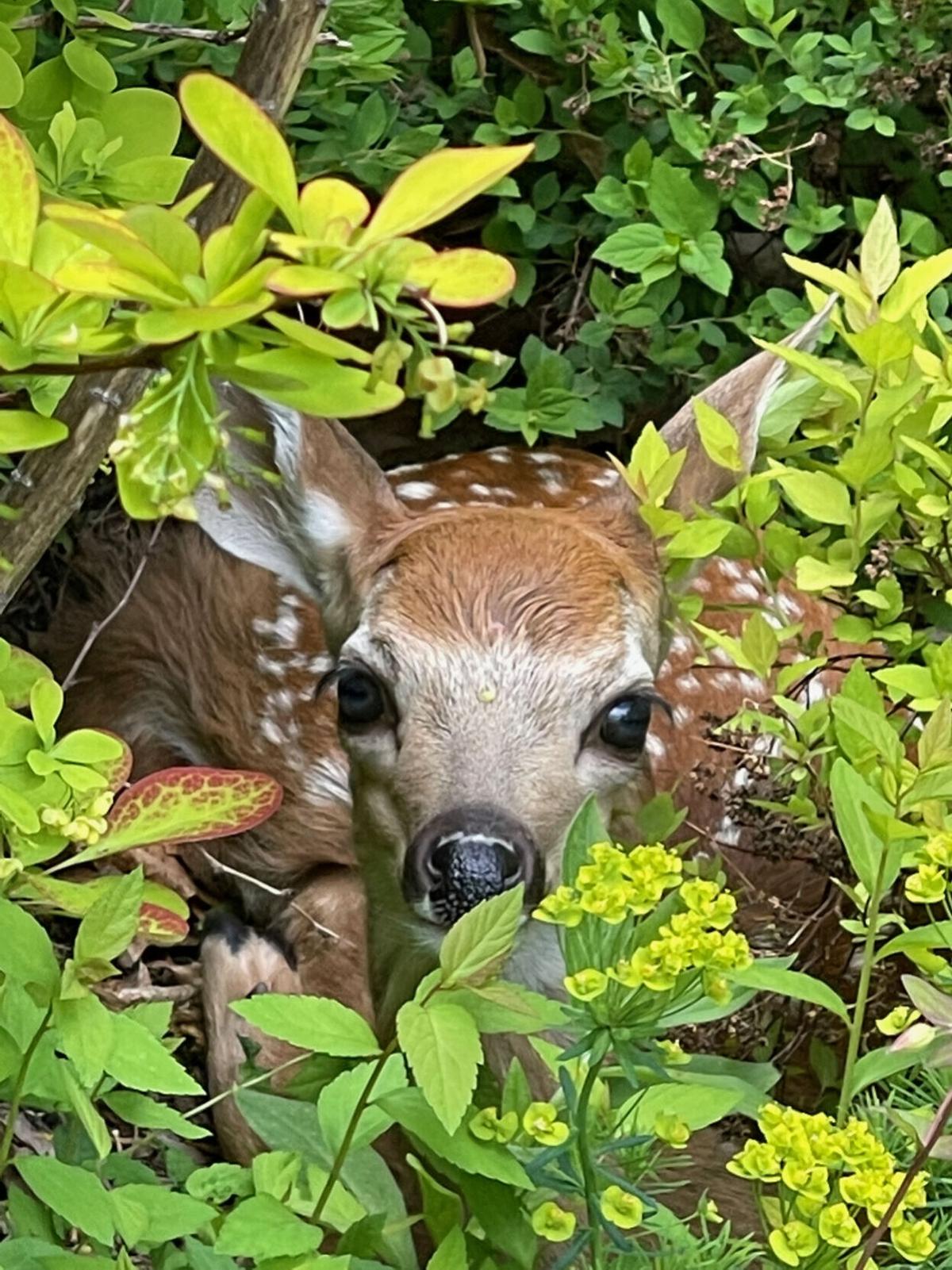 Bonnie Chase used her patience and observation skills to snap this photo of a fawn. In return, the fawn ate her petunias. Photo by Bonnie Chase 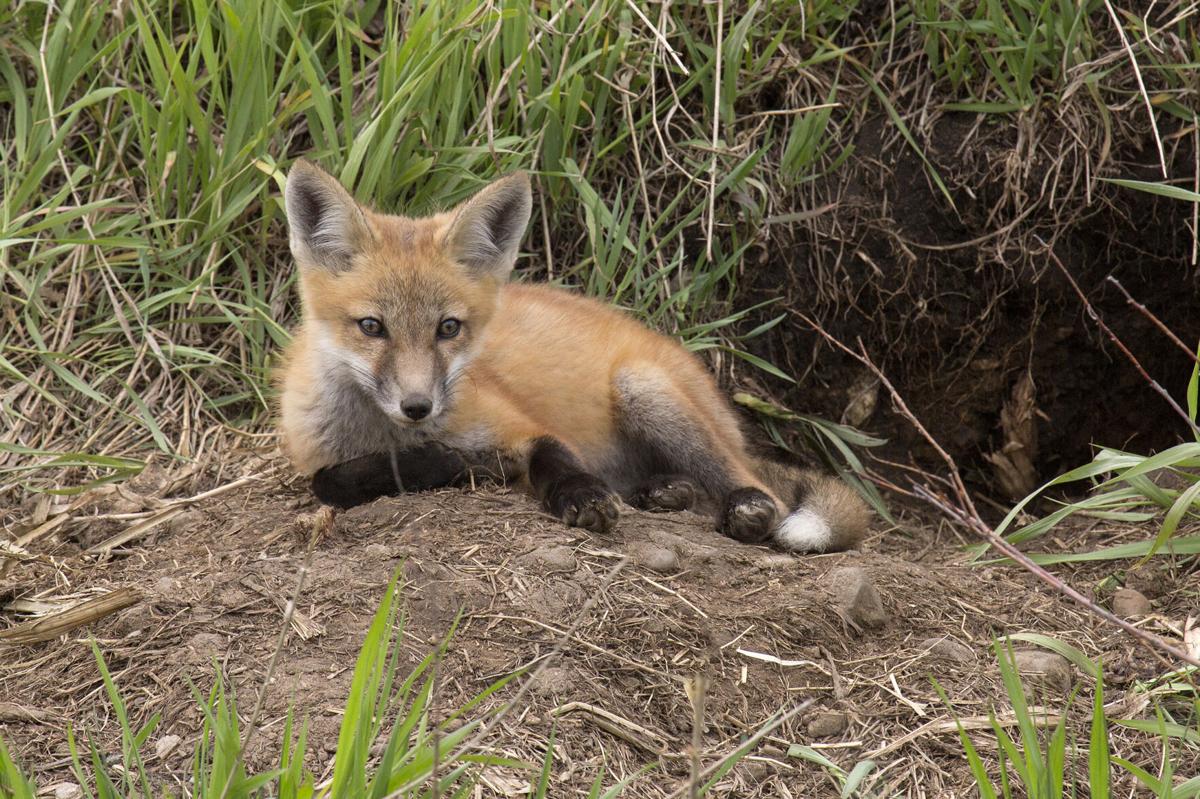 Monica Edeker didn’t let nice clothes keep her out of the cornfield where a family of red foxes had its den. Her spontaneity earned her this photo. Photo by Monica Edeker

Opening emails is not usually exciting. But as each message loaded and revealed photos of baby animals — each one more adorable than the last — my heart soared. I could already tell that the Cable Natural History Museum’s Northwoods Animal Babies Photo Contest had been a success.

I compiled the photos in a single folder and sent it off to James Netz, a professional photographer with a gallery in Hayward, who has been sponsoring photo contests at the museum off and on for many years. James also gets the unenviable job of picking just three winners from around a hundred wonderful entries.

When I sent an email to the participants, Bonnie Chase wrote back with a quick story about her photo of a hidden fawn looking up out of the garden with big, dark eyes. Her enthusiasm was contagious:

“It was a once in a lifetime shot of the little sweetie! On an early summer morning, my eye caught sight of a doe and her wobbly legged fawn walking across our hillside. When Mama stopped at the edge of the woods, the fawn tucked itself into some shrubs. Mama left after a few minutes, but I waited an hour before checking on the fawn. The little sweetie had found a cool spot on a hot day with a great view of the lake, staying there all day, until Mama came back hours later. She’s enjoyed eating my petunias ever since.”

After I finished laughing about Bonnie’s petunias, I asked the other participants for their stories, too.

Some people mentioned using their knowledge of wildlife — gained from years of observation — to be there at the right moment.

William Johnson wrote, “Knowing that deer with fawns will leave them and move away, I quietly watched the area for a few minutes, and this little guy stood up to stretch.”

Many photographers emphasized the importance of spending time in nature.

“A majority of my wildlife photography is simply based on good luck, good informants, and always having the camera with me,” wrote Monica Edeker. Susan Overson agreed. In early spring, she kayaks near the Namekagon Dam every day to “watch for nests, adults, and their young, and quietly observe and photograph wildlife at various stages of development.”

Kris Dew was simply driving her pontoon across the lake to put it into winter storage, when, as she “drifted with one eye on the launch, this young loon kept popping up from under my boat. Was he fishing or taunting me? We enjoyed this game for 45 minutes. Amazing!”

Monica emphasized her point with a story about traipsing into a cornfield in her good clothes on the way home from work to get photos of fox kits playing. “A couple kits were braver than the others and posed while I snapped away with the camera,” she recalled.

In another encounter with foxes, Bill Thornley embodied the respectful attitude that wildlife photographers must have toward their subjects.

“Their mother barked nervously in the distance, so I snapped a few photos and quickly moved along. I didn’t want to disturb her anymore.”

Photographing baby animals without impacting their behavior is as challenging as it is important!

As a professional photographer, Netz will go to some extra lengths to get great photos.

“I love to shoot images of owls,” he told me. And one encounter with a great horned owlet “was particularly special because while I was shooting images of it, with its parent and sibling, it decided it was time to fledge from the branch it shared with the rest of its family.”

This created a few minutes of chaos — both for the owls, and for James’s camera angles. In the end, the determined expression that James captured on the owlet’s face was worth it. And, he noted with relief, the owlet was able to get back in the tree safely and reunite with its family “after it had some rebellious moments of freedom.”

Owls also play a central role in my favorite story, which comes from Leslie Sullivan. Her family was lucky enough to have great horned owls nest in the back yard when they lived in Madison, Wisconsin.

“We watched them be conceived, we found egg shells when they hatched, we dissected owl pellets, we watched them learn to fly, we saw the parents feed them, and we had a very close relationship with them from February to the end of June. I think this experience formed my young children to be nature lovers for life.”

Thanks to these talented photographers, we can all enjoy adorable photos that reinforce our love of nature. You can vote for your favorites in our People’s Choice Award contest, hosted on the Cable Natural History Museum’s Facebook page now through the end of September. Winners will be announced in October.