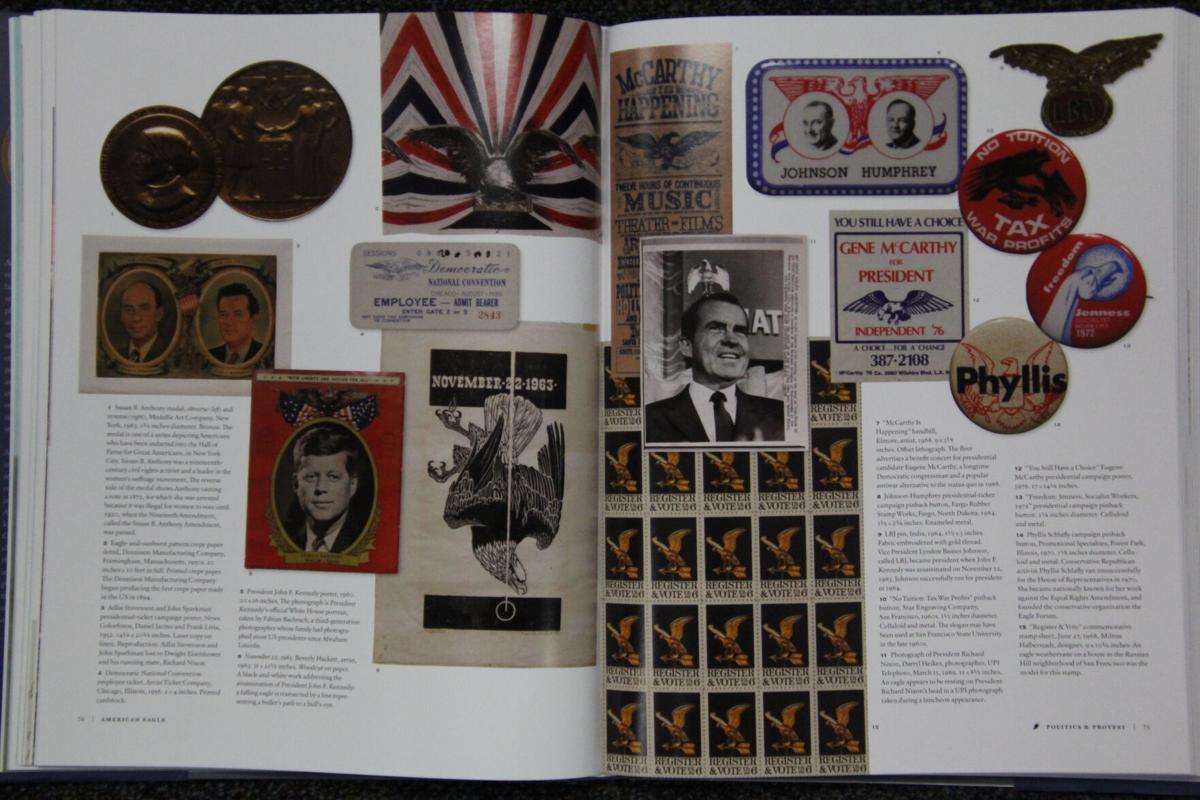 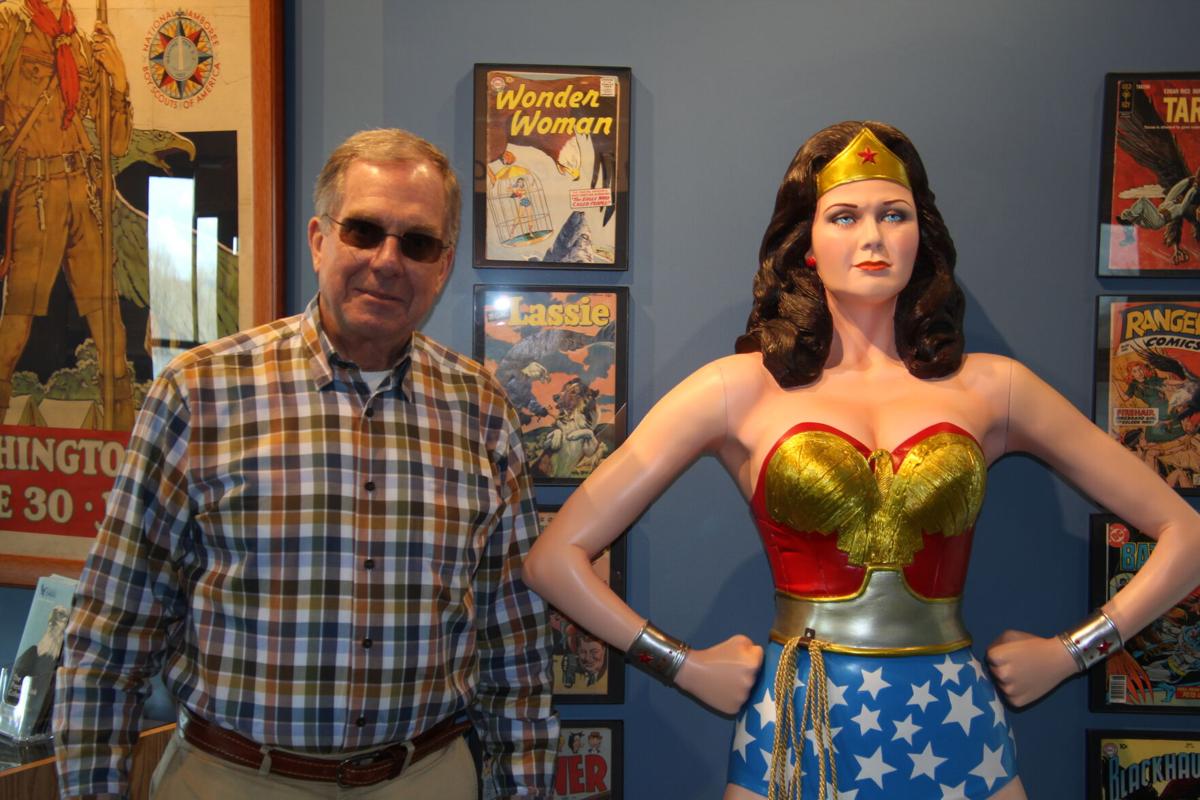 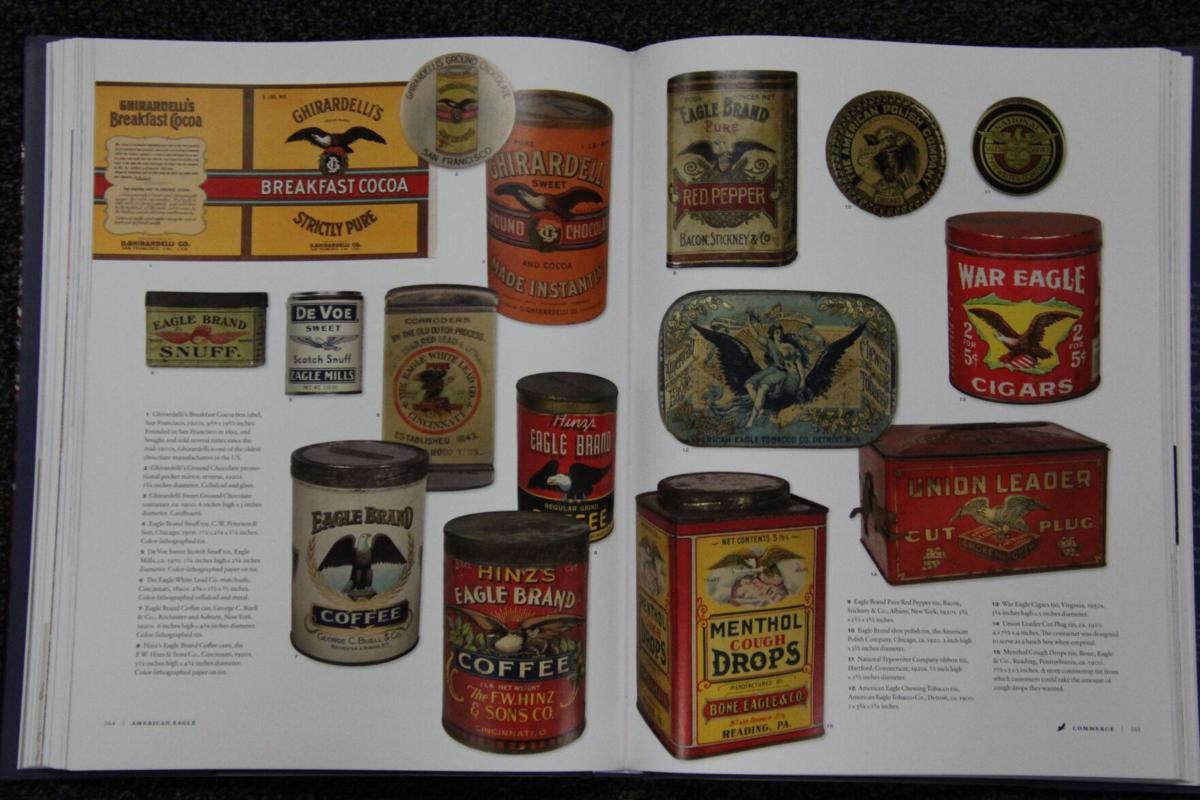 When Preston Cook published his book on eagles in April, he released more than a story. It represents 50 years of his life.

"American Eagle: A Visual History of Our National Emblem" is filled with photographs and captions of an assortment of eagle-related items, highlighting a collection of more than 25,000 items that Cook has amassed since he began in 1966.

In May of that year, Cook saw a movie called "One Thousand Clowns." There was one line in the movie that changed his life.

The actor Jason Robards, playing the lead role of Murray Burns, said, "You can't have too many eagles."

Cook took that to heart. He decided to collect eagles.

Five months later, he was drafted into the Army. They gave him a dress uniform with brass buttons featuring eagles, and he immediately knew he was going to keep them.

"When I was discharged two years later, I snipped them off my uniform and left it behind," Cook said. "I still wear those buttons on my blue blazers. They have been a part of my life since the start of my collecting days."

After the military, he went to college. He had little money, but he bought postcards, pins, buttons, and other small items when he could. After he graduated and started working, he bought larger items, and over time, his collection expanded.

"It is really a willy-nilly collection," Cook said. "What I see is what I buy. I have not focused on one area or the other deliberately."

"I get interested in these side areas, and I pursue them," he said. "I pursue them to such a degree that I realize I have enough examples of that particular type of collection, and then I move on to something else, so it just keeps expanding. A collection can't be complete. There are a million items."

As he explored eagle memorabilia, he delved into historical documents, military uses, Boy Scouts, Girl Scouts, advertising, political campaigns, music, as well as coins and paper money. His research often led him to books, so his collection of books related to eagles now contains over 1,500 volumes.

"I have every book that I have ever found about the American eagle," Cook said. "I wanted to see who has written what and what the topics are, because this is more than a collection. It is a research library. I want people to use it to study the American eagle, the symbolism, and what it means to us, to America."

Cook grew up in Evanston, Ill., but moved to California for college. After college, he worked for the Council of State Governments in the western states, then, when he grew tired of the constant travel, became a real estate investor. When he retired eight years ago, the eagle collection became a full-time project for him.

He wanted to handle the collection properly, so he hired a trained museum person who catalogued 12,000 items the way they would be catalogued in a museum.

"It is all oriented toward a museum," Cook explained. "Everything I have done here in the way I handle things, in the way I store things, is all museum quality. You have to be organized. Otherwise it is just a mess."

Cook searched for 10 years to find the right place to house his collection. He visited the National Eagle Center in Wabasha a couple of times, and after looking elsewhere, decided the Eagle Center was the right location.

He moved to Wabasha and lives a few blocks from the building where he stores his collection. He intends to donate his entire collection to the National Eagle Center which is in the process of expanding its galleries into four buildings on Main Street.

Andrea Chapman, director of development at the National Eagle Center, said, "We are thrilled about the book. It compliments the collection being here at the eagle museum. Some museums have a catalog, but we have this beautiful, hardbound compendium of the collection which will be a tremendous asset."

Because the National Eagle Center won't be able to display the entire collection at one time, Chapman said they will rotate exhibits throughout the year. Visitors will see something different each time they come to the museum.

"Without the book," Chapman said, "people wouldn't have a sense of what we are talking about when we talk about the collection."

Team behind the book

The book, an important part of the collection for Cook, was a team effort. He had photographers and designers, a copy editor, and researchers working to help him bring out the history of each item.

The book contains 1,340 items from Cook's collection, what he calls a "small representation" of a collection that "likely is the largest of its kind."

"Some items in here took days to research just one item," Cook said. "My copy editor, the person who smoothes things out from the other researchers, said it was the toughest book project she has ever done, and she has been doing this for 20 years."

The biggest challenge, according to Cook, was simply the number of different topics that had to be researched.

That process has spanned five decades for Cook, and helped him understand "just how pervasive the eagle is. It is everywhere. I pursue all of these different areas and try to put together the puzzle of how the eagle is part of culture in America. The book shows the eagle like it has never been seen before."