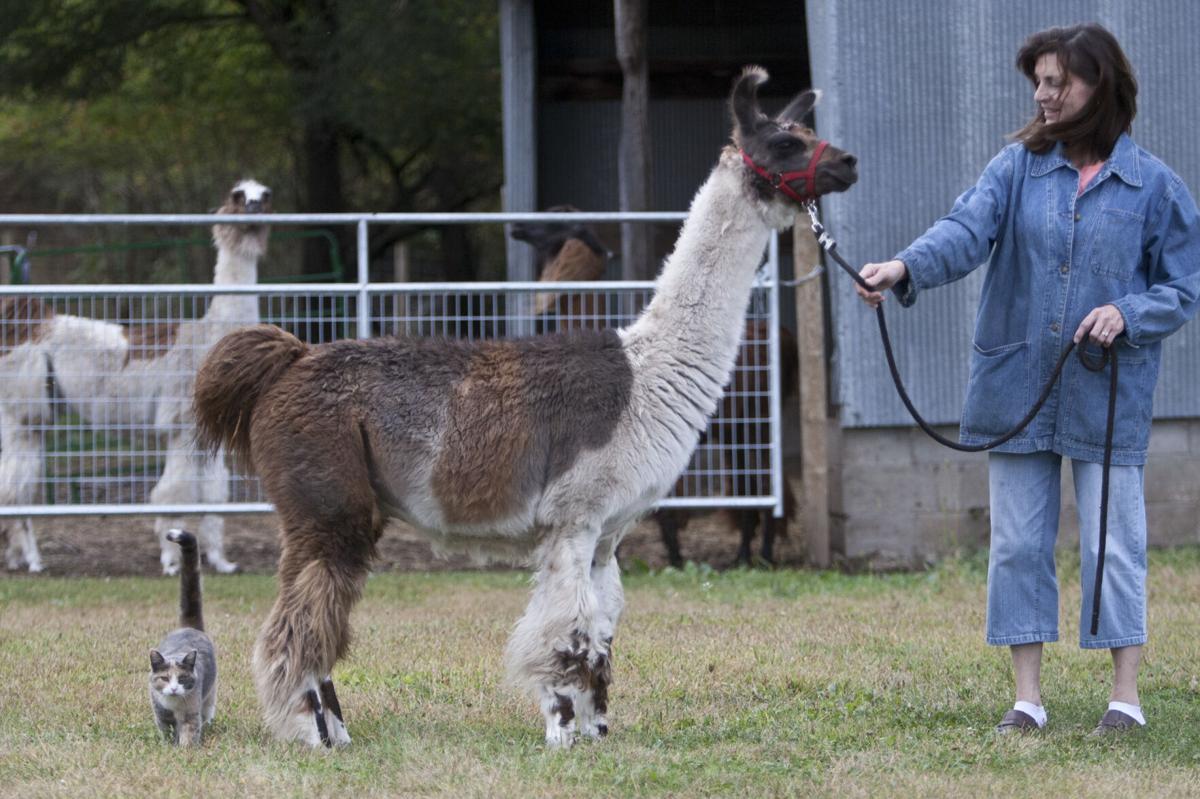 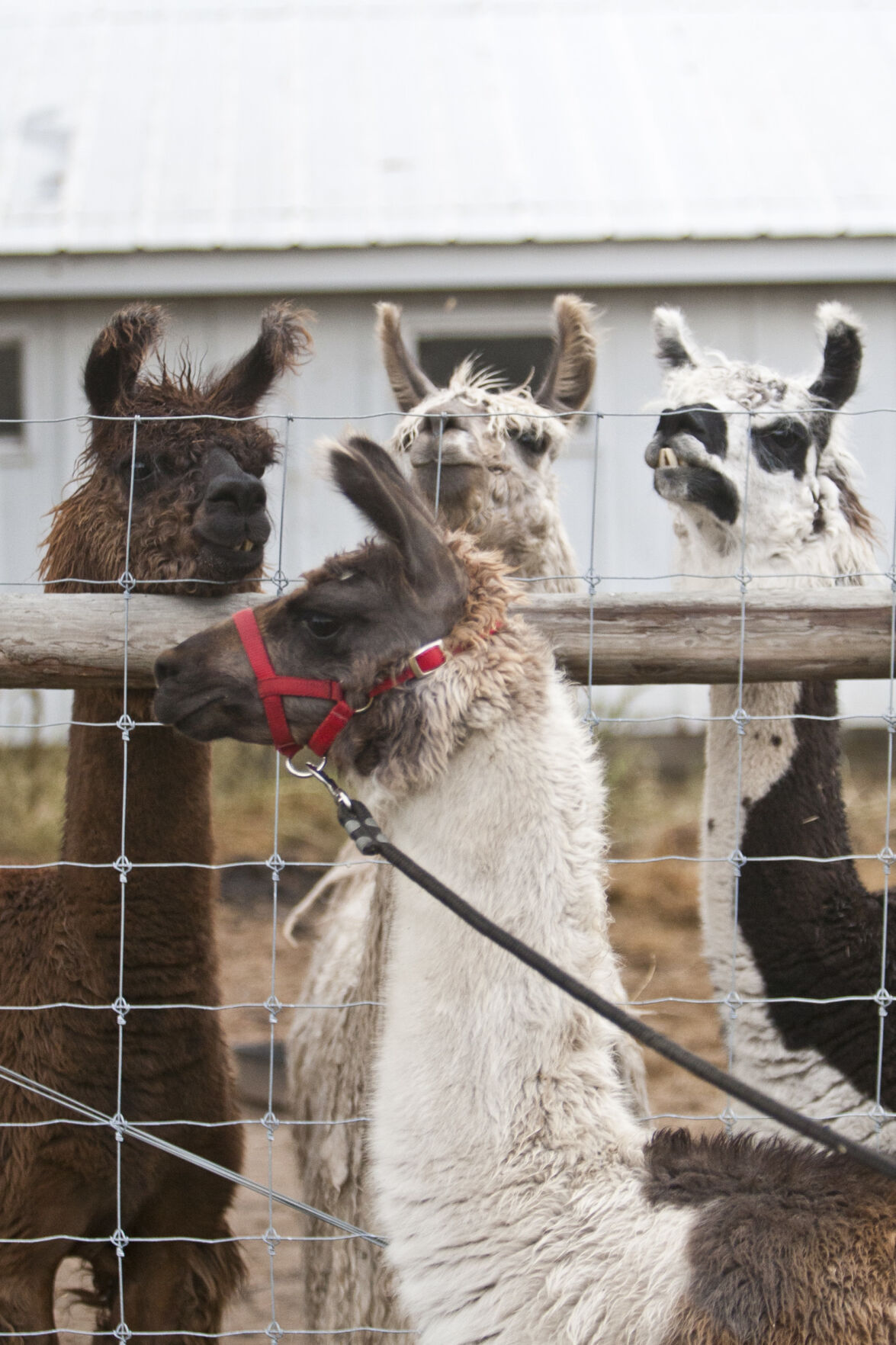 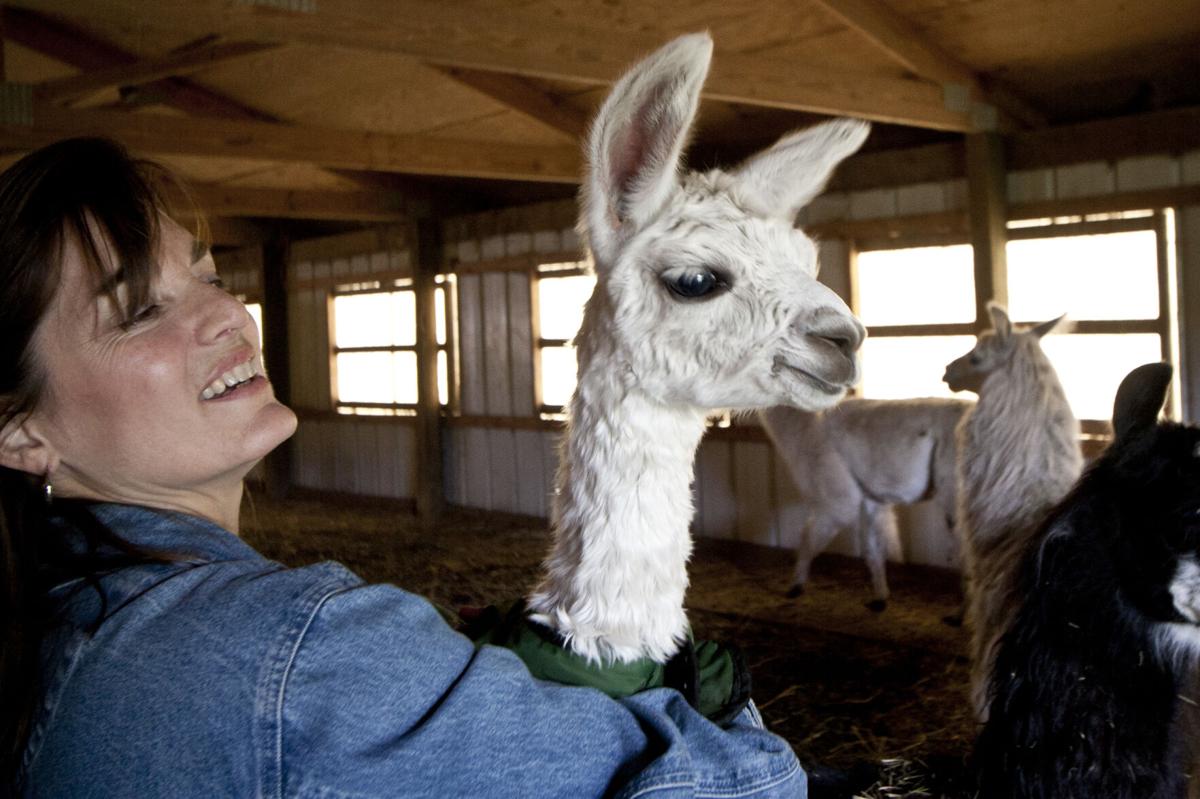 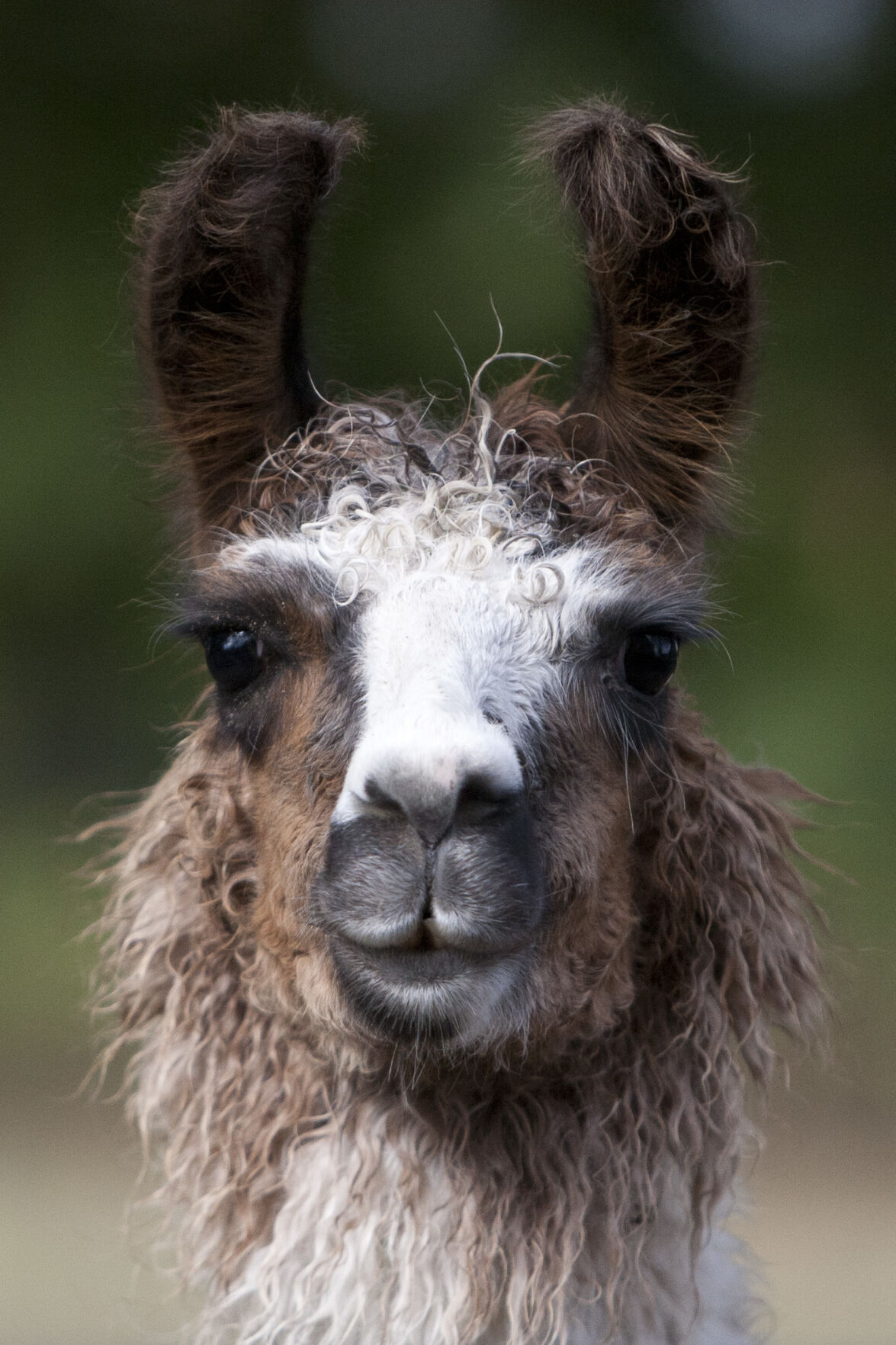 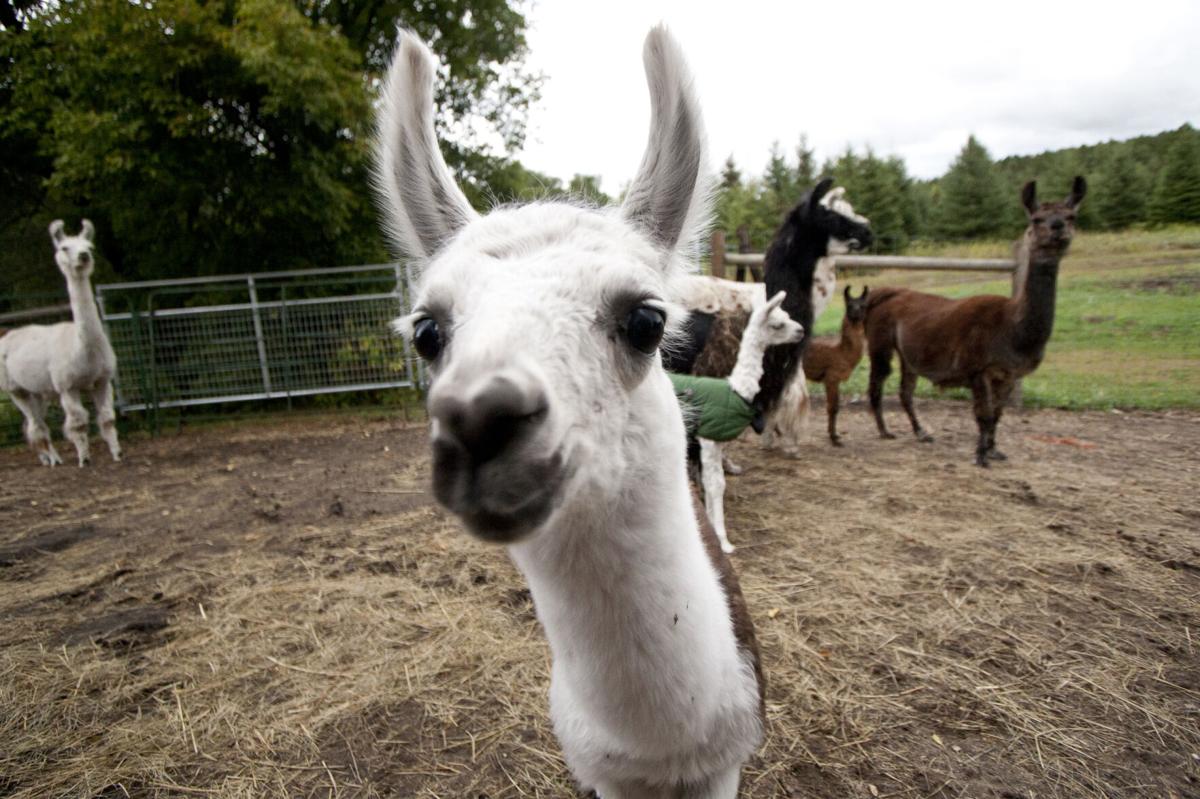 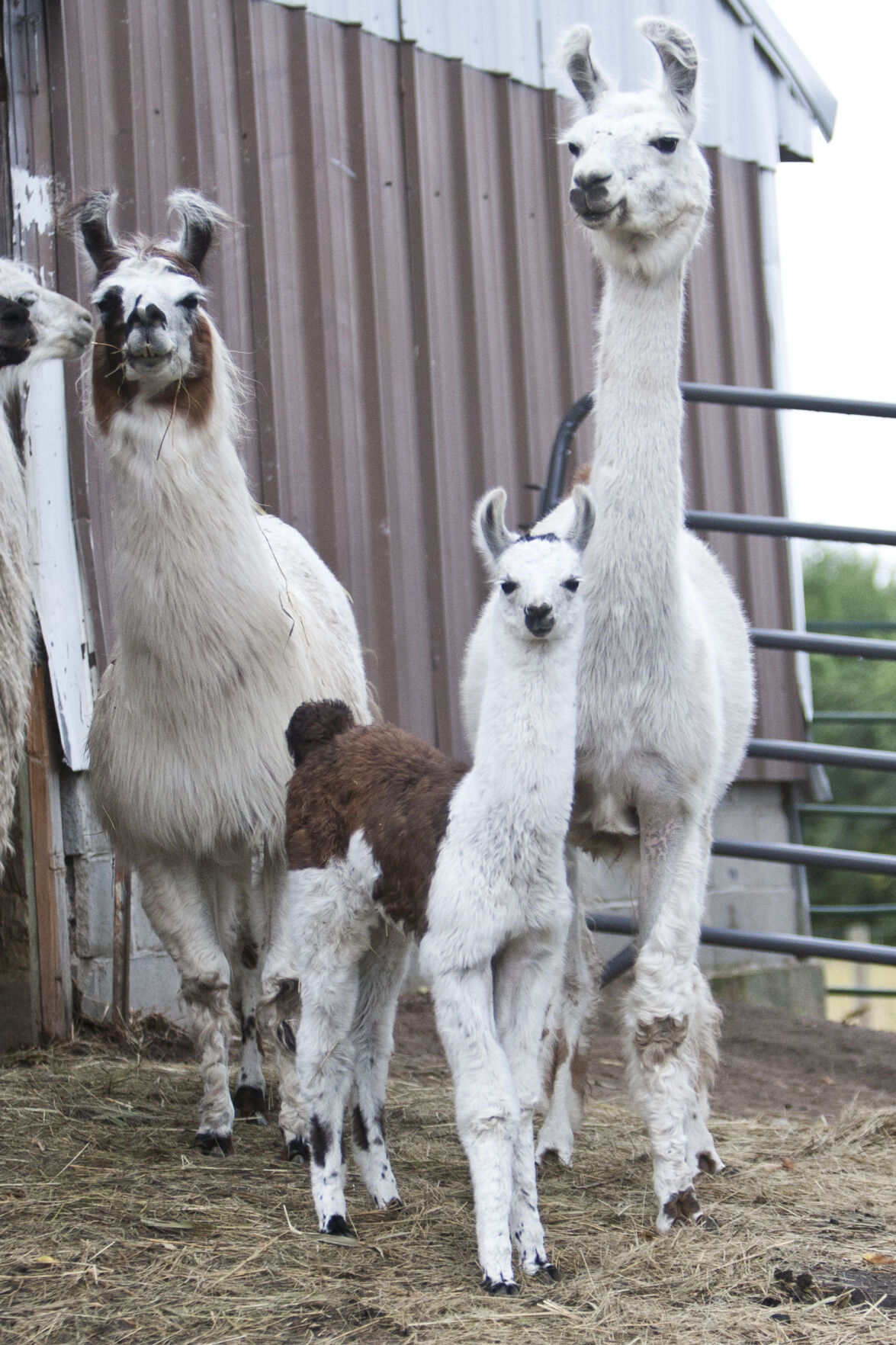 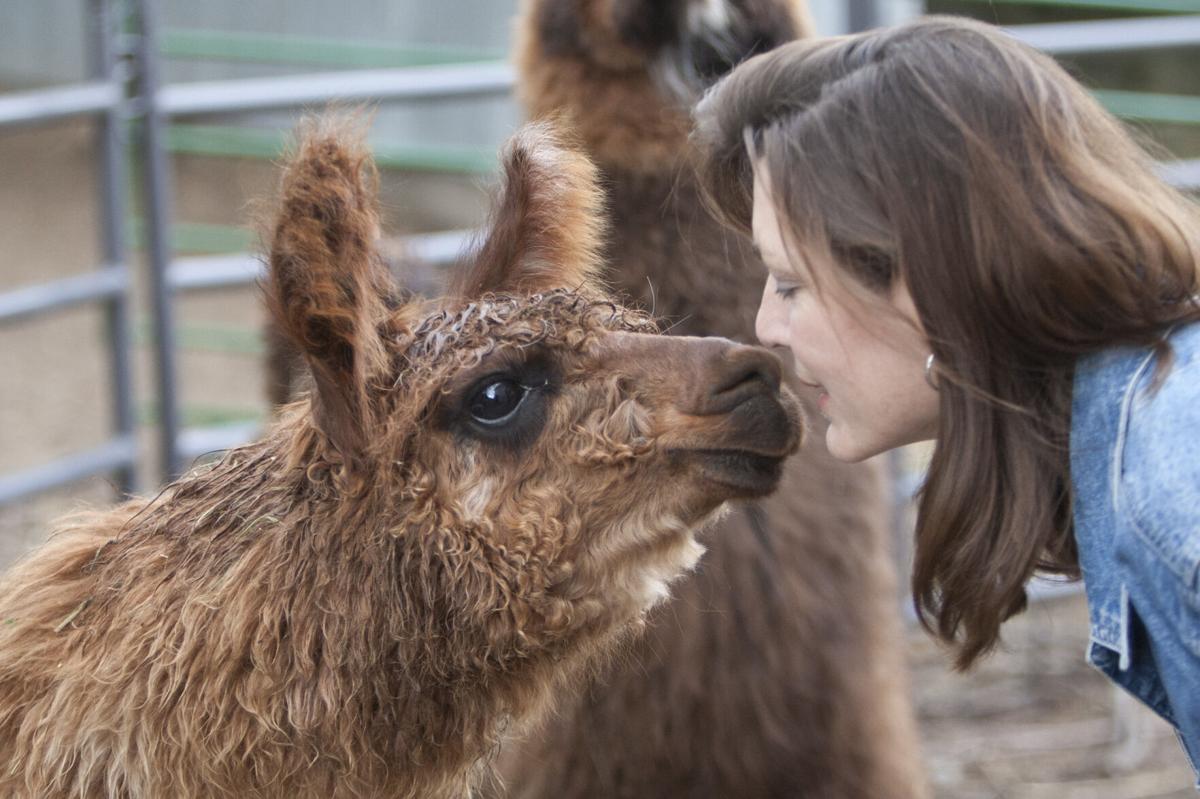 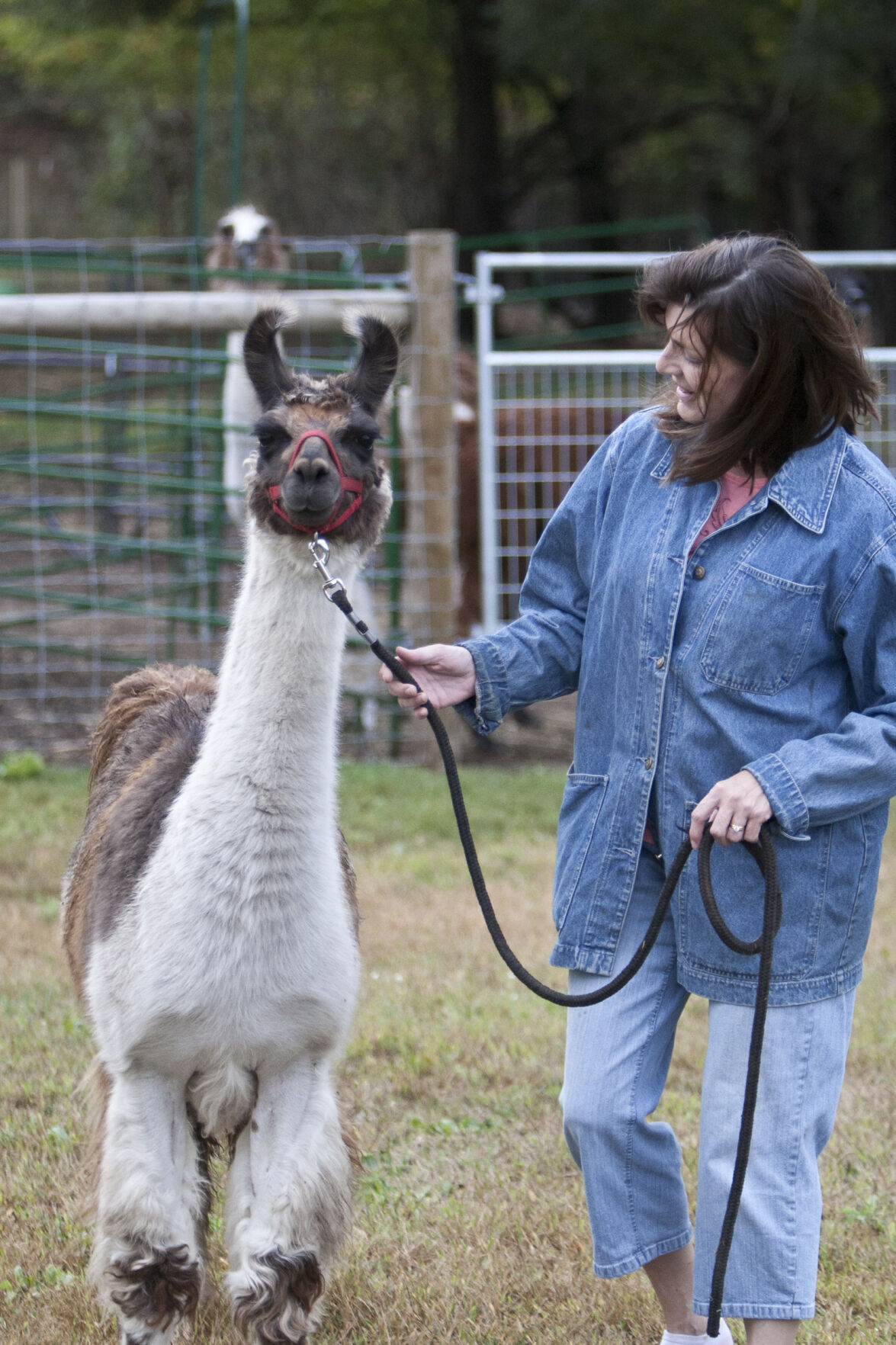 Just south of Hastings, there's a small farm doing its part to advance the spread of a new type of livestock: miniature llamas.

Right away, they were faced with a problem; alpacas were expensive. They spent a year looking for animals to buy to start their own herd, but the sheer cost was prohibitive. To get even just one herdsire with quality bloodlines, they were looking at about $30,000.

By accident, they came across miniature llamas while researching online. Miniature llamas aren't much different than regular llamas, except that they're smaller. Around 1995, a few llama breeders started selectively breeding their llamas to encourage smaller sized animals. In 1999, the American Miniature Llama Association was formed, and a registry was created two years later. Miniature llamas fit the same standards as regular-sized llamas in terms of fiber, conformation and personality, but must stand 38 inches or shorter at the withers, or top of the shoulders. Breeding females can be up to 40 inches. The average full-size llama stands about 46 to 48 inches, although some can be about a foot taller than the minis.

"Some of them are just huge," Morgan said.

When the Morgans first found the minis, they immediately recognized there was a niche for them. There were only about 500 registered in the U.S. at the time, but they knew it would grow. Today there are more than 1,000.

The Morgans raise the llamas primarily to sell the offspring. That means they wanted animals with several generations of miniatures in their bloodlines, since those are more likely to produce new miniatures. They also bought stock from various places around the country, to help make sure they get diversity in the bloodlines.

Most of the Morgans' buyers are local, coming from Minnesota and Wisconsin, but every so often they get people buying their llamas from more distant states as well, they said

Besides breeding, the Morgans also shear the fiber from their llamas every spring. It's a necessary task, as the thick fiber would cause them to overheat in the summer if it wasn't cut off, but it's also another farm product.

At Gemini Mini Llamas, the sheared fiber is taken to another local farm, Rach-Al-Paca Farm outside Vermillion, where it is processed into fiber batts, roving (long, narrow bundles of fiber ideal for spinning) and yarn. Susan Morgan said she's tried spinning her own yarn, but likes the quality she gets from Rach-Al-Paca Farm.

Each llama has a unique quality of fiber. Some are soft and fine, ideal for clothing; while others are thick and rough, which is better for heavier things like rugs.

A walk through the Morgans' llama pens and barns shows a herd of animals that is curious but often cautious. Some llamas approach readily to greet a human, while others watch from a distance. Llamas are prey animals, Morgan explained, so their natural tendency is to avoid being touched.

Young llamas are handled just enough to desensitize them to human contact, but not so much that they bond to people instead of their herd. For the first week of a cria's life, it is handled for about 10 minutes a day. It's an easy process, Morgan said, but one that has to be done in the first week or else the llama won't ever fully accept human handling.

Making sure the young llamas aren't handled is especially important for young males. If it becomes a breeding male, a llama that imprints on a human will begin to see people as competition for a mate.

One of the more unique things about a llama herd is the sound. Llamas often hum to each other, "because they don't know the words," George Morgan likes to joke.

For the past few years, the Morgans have opened their farm to 4-H youth who are interested in showing llamas at county and state fairs. They've anywhere from four to 11 youth working with their animals, and they've had a few state fair trips as well.

For more about Gemini Mini Llamas, go to www.geminiminillamas.com.