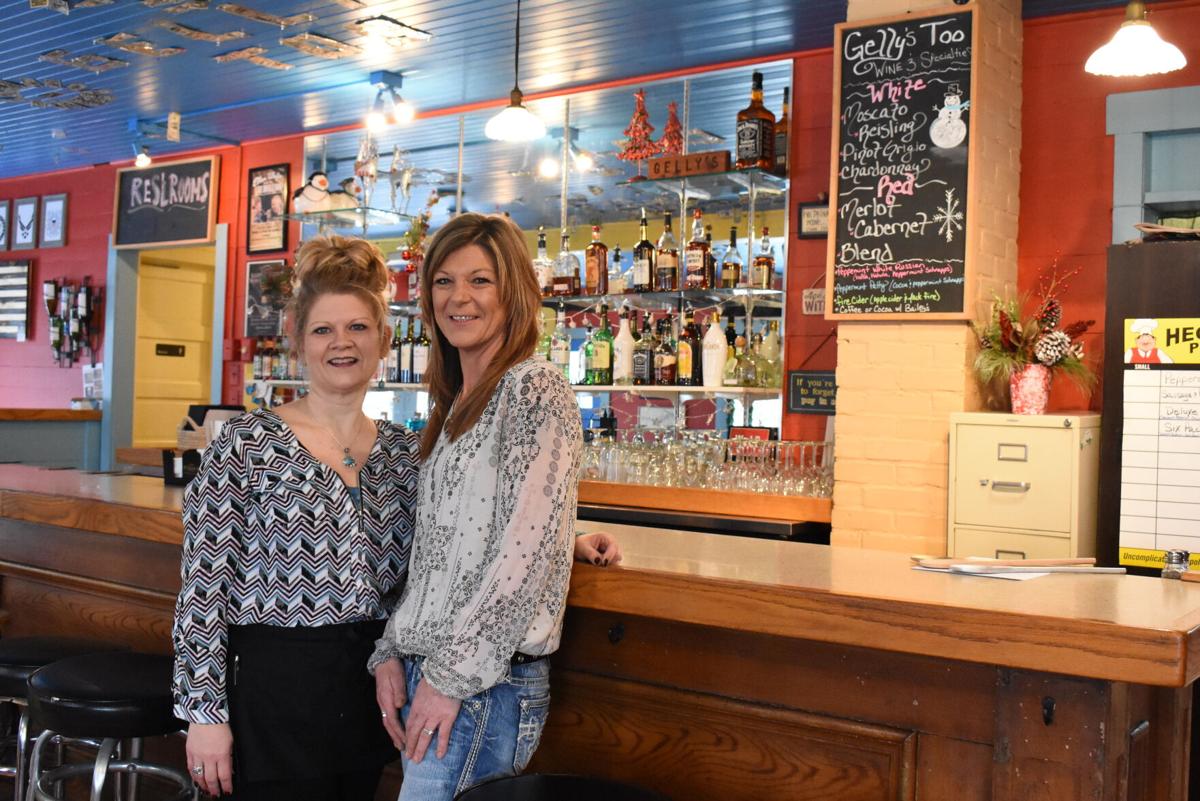 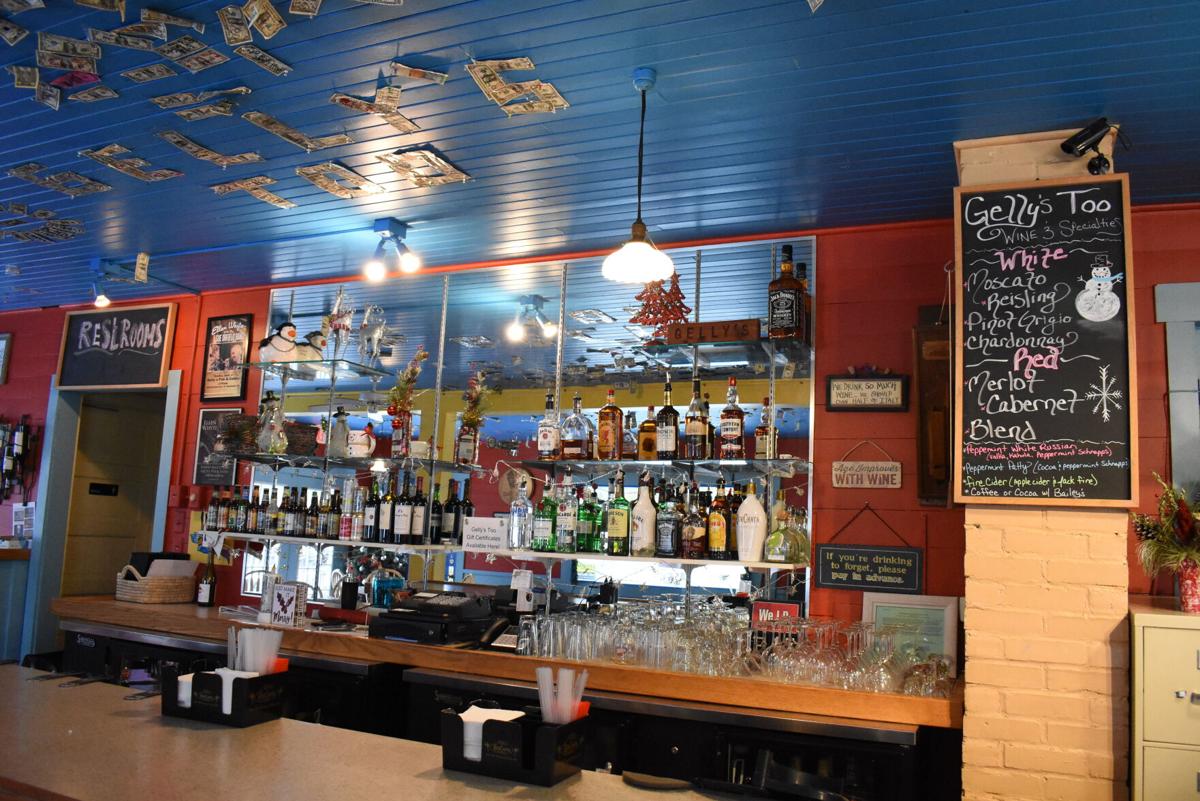 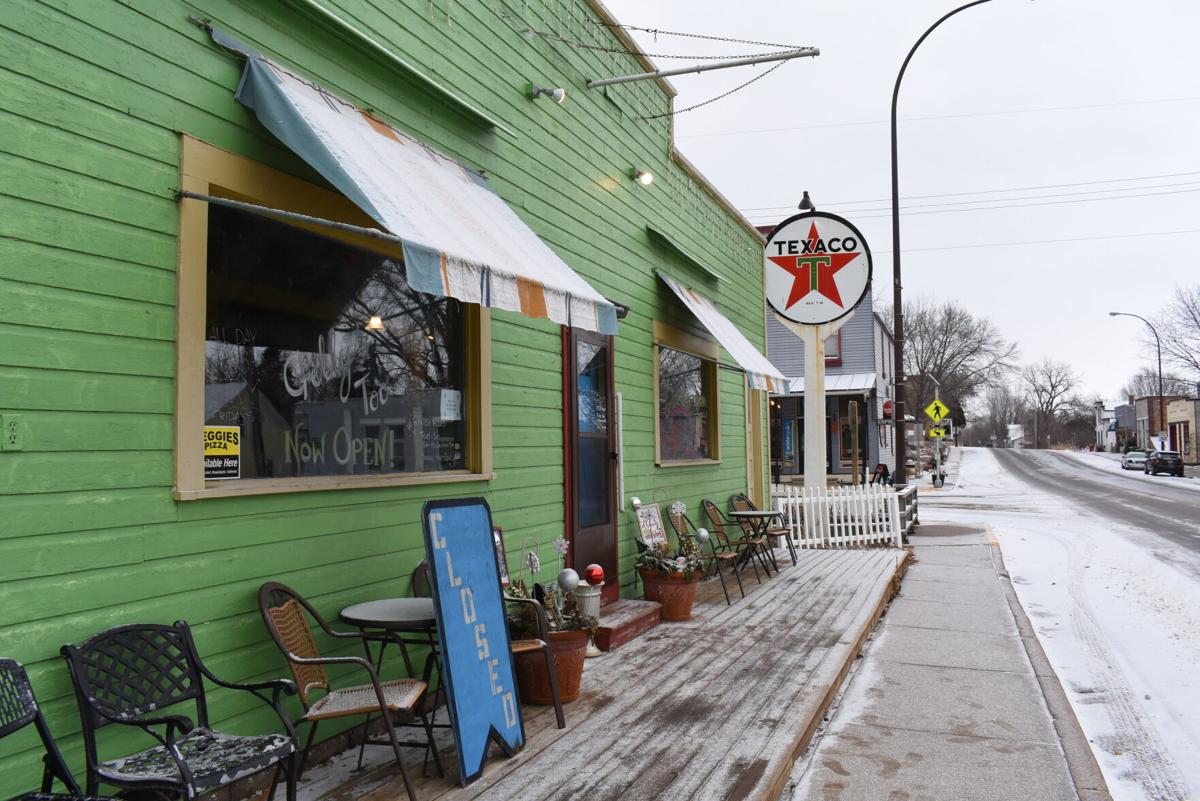 The bright green false front building sits humbly on Great River Road in Stockholm, still waiting to feed and quench the thirsts of locals and tourists after so many years.

The place used to fuel passersby. The original Texaco gas sign still stands at the corner to serve as a landmark, but for many years it has been known as a pub.

The building has seen a few owners and names in its time, but recently it was adopted by Plum City native Bryoni Eggenberger with the help of her sister-in-law and loyal employee Kim Raethke.

"(When) this opportunity came up I ran with it, with the help of Kim and Wayne and Di. I wouldn't have done it without Kim," Eggenberger said. "She's worked here for a little over four years."

Eggenberger has been connected with the food and service industry, whether full- or part-time, throughout the years and said she has always liked it.

On Nov. 24, Eggenberger softly opened the pub up, calling her business Gelly's Too.

"Opening up in the wintertime was a really good move to get to know the locals and the camaraderie with the locals, building those relationships," Raethke said.

The name Eggenberger chose for the place helps keep alive the memories associated with the old owners Wayne and Diane "Di" Gelhar. The couple owned the building under the name Gelly's Pub & Eatery for 12 years before it was Lena's Lucky Star 2016 to 2018.

"I chose the name Gelly's Too to let them know I'm bringing (back) a lot of things that Wayne and Di had, as far as the recipes and the bands with a little bit of my own twist to it with the 't-o-o'," Eggenberger said.

The business will be kept safely in the hands of family, with Eggenberger's brother, who is Raethke's husband, working as a maintenance man for the building along with service help from other relatives.

Inside the building, loyal customers may notice a few changes in paint color on the walls and the trim, but the ceiling remains the same blue hue with signed dollar bills still tacked up.

"The ceiling is original to Wayne and Di," Raethke said.

A wall full of historical pictures and information has been included in the pub's aesthetic as well as works from local artists which can be purchased.

Jan. 19 was the official grand opening of the pub, with a first annual tater hotdish competition, door prizes, drink specials and a live performance by the band 3 Cord Monte.

The entire grand opening went very well and was very busy, Eggenberger said, and each year the hotdish competition will be a celebration of the pub's anniversary.

Both Eggenberger and Raethke said they would like people to follow Gelly's Too on Facebook to keep up with the many fun events and specials they have coming up.

If people missed prom in high school or wish to relive their glory days, a Second Chance Prom event will take place Feb. 16 at Gelly's Too. Attendees are encouraged to dress in the attire and hairstyles they wore when they went to their prom or to dress according to any era. There will be a live band and dancing, of course.

To kick off St. Patrick's Day and the upcoming tourist season, Gelly's Too will have its Irish celebration on March 16. Many Irish dishes will be served throughout the day.

"After St. Patrick's Day when the season opens for the tourism, that will be very exciting and fun to get the bigger groups in here," Raethke said.

Local favorite foods like burgers, sandwiches and appetizers will be served regularly along with a Friday night fish special and Saturday night BBQ rib and shrimp dinners. Sunday mornings from 9 a.m. to 1 p.m. there is a breakfast buffet.

"Once the season starts to pick up, the weather starts to get nicer, we'll be open more hours and days and staffing seasonal help from March until sometime in the fall," Eggenberger said.