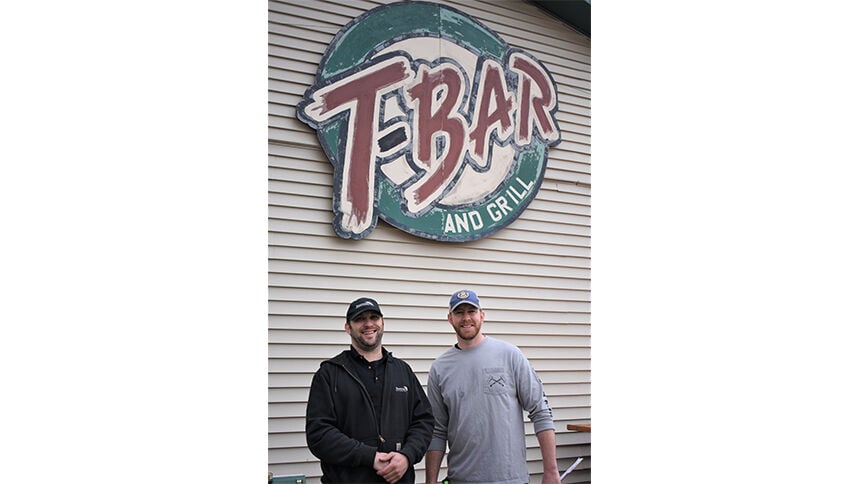 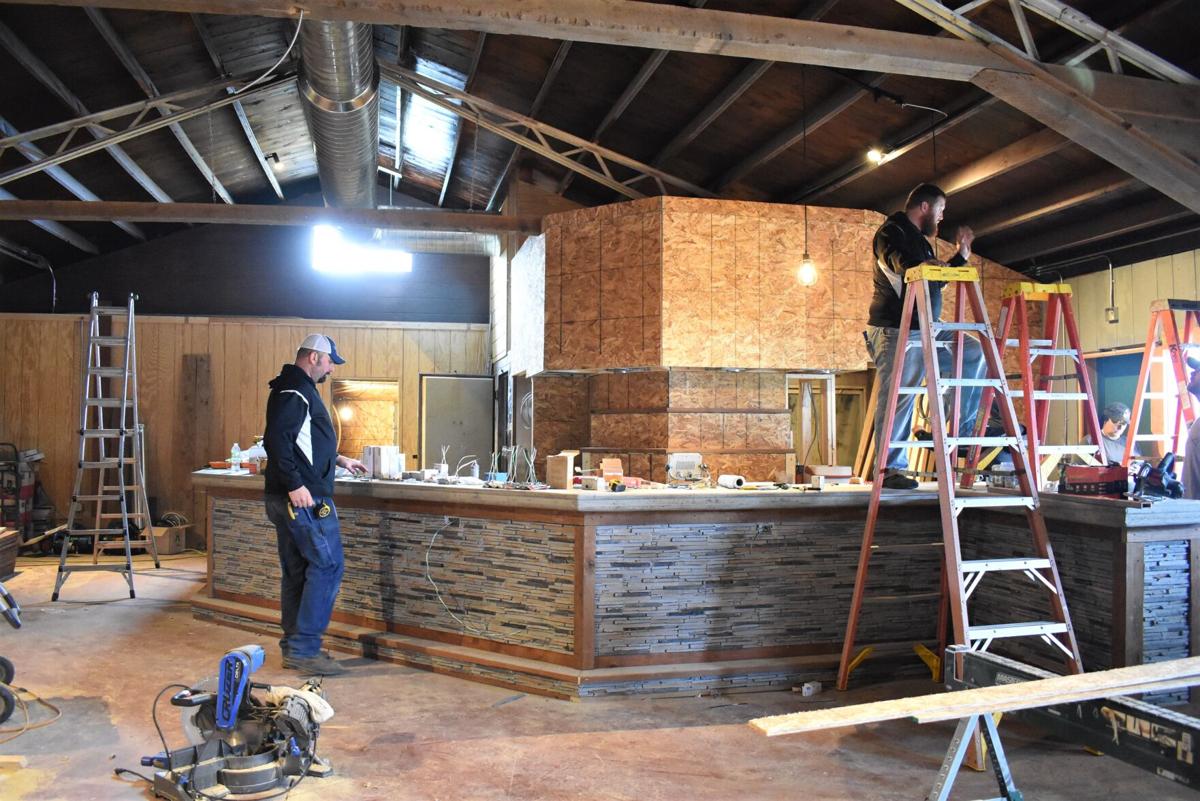 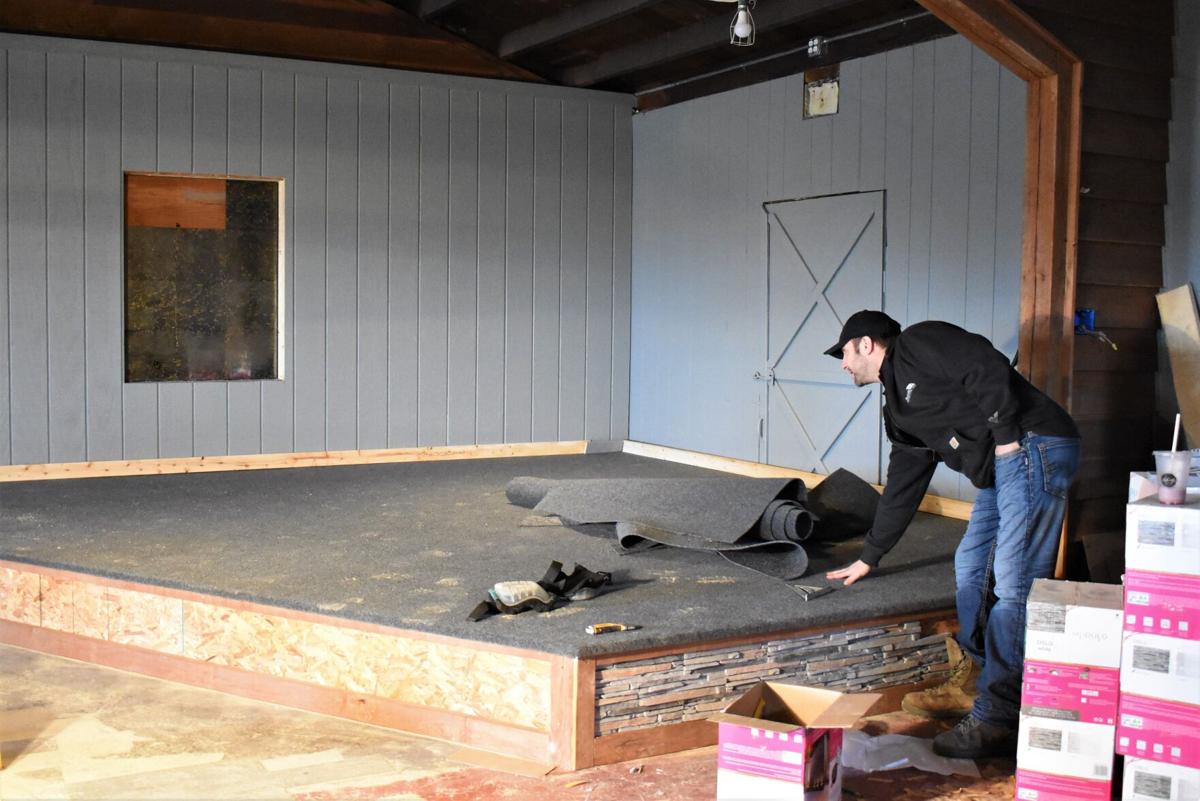 If it weren't for the record-breaking winter earlier this year, the town of Ellsworth would already be settling into a newly restored T-Bar, a once-popular bar and grill on Highway 10, enjoying a drink and a menu full of smoked foods.

Brian Furlong, owner of Reasonable Contracting, along with his brother Billy Furlong and cousin Scott Furlong, took up the project of giving the building new life after it was foreclosed and left empty for nearly five years. Together the three Furlong men from the Ellsworth and River Falls area make up Furlong Holdings LLC.

"We were working on it this winter, we were going to be ready for St. Patrick's Day but we got the blizzards. The snow delayed us, it was an ice age," Brian said. "I had to leave to go save people's houses from collapsing. It killed us."

The property was bought on Dec. 12, 2018, according to the listing on Edina Realty, and the Furlongs plan to have a soft bar opening by the end of the month. Lisa Waller will be the manager and Brian said they may be looking to employ nearly 20 people.

A restaurant serving barbeque and smoked foods, along with some healthy gluten-free options from a menu crafted by Justin Jones, will be open by May, Brian said. Catering will also be a part of the restaurant's services.

The Furlong family has had experience in the bar industry, having owned Furlong's Bar and Grill in Ellsworth and Alibi Bar in Red Wing, Minn.

"This area needs something... this was a popular bar," Brian said. "The amount of people that stop here and message me and ask when it's going to open... there's a lot of people that want this place to be open."

Currently hours are tentatively set for the kitchen to be open in the future until 9 or 10 p.m., seven days a week with breakfast being served on the weekends.

Preparation for an opening consisted of extensive reconstruction inside, though the building itself still stands the same as it always has.

"Structurally this building is really solid, it's really good. This roof system is top of the line," Brian said.

As of April 22, Brian's crew was still working on finishing stone work near the bar, installing lighting and television screens and laying some flooring.

The end product in the bar area includes a bigger carpeted stage for live bands to play, a cement-top bar, metallic-covered flooring and an open ceiling featuring exposed rafters.

"I gutted the bar, redid everything, I designed a cold roof system that I put on top so it's insulated from the outside not the inside and we could expose everything," Brian said. "We went for durable and high-quality everything inside. It kept my guys busy throughout the winter."

To clear out the space wanted for the renovation, nearly $10,000 in dumpster costs were required for material removal.

The Furlongs also have big plans to bring the property's 5 acres to life in the near future.

A new driveway will be implemented to allow drivers to pull in and out from the building away from the highway, horse riders will have a place to hitch their horses, feed and water them and volleyball teams will have six sand courts on which to compete for tournaments.

There are hopes to build gazebos in the back and host big events like weddings.

Work will continue being done on the building both inside and outside.

"There shouldn't be anybody that doesn't feel comfortable coming into a place like this," Brian said. "It's going to be a nice place to go."