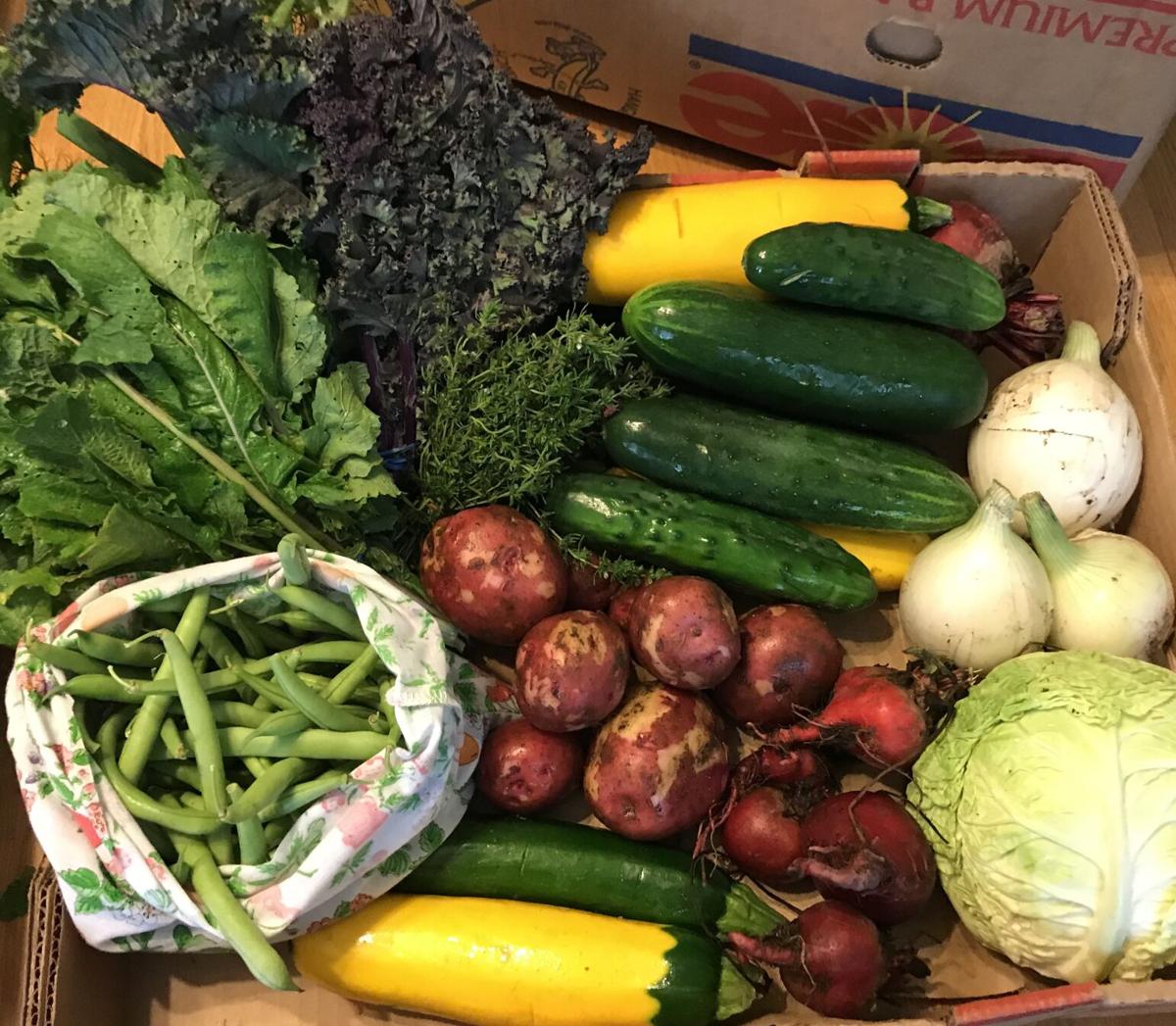 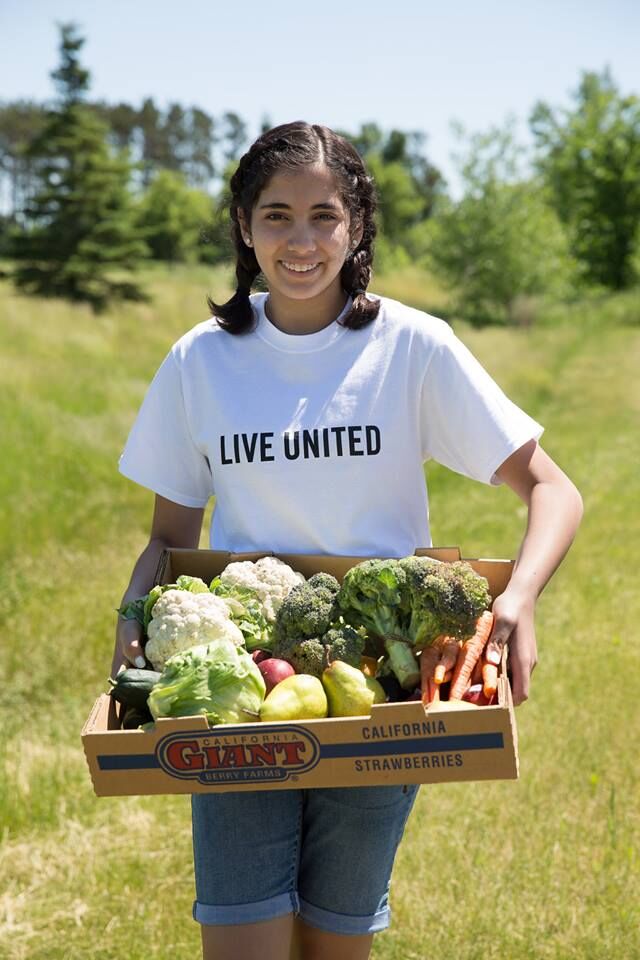 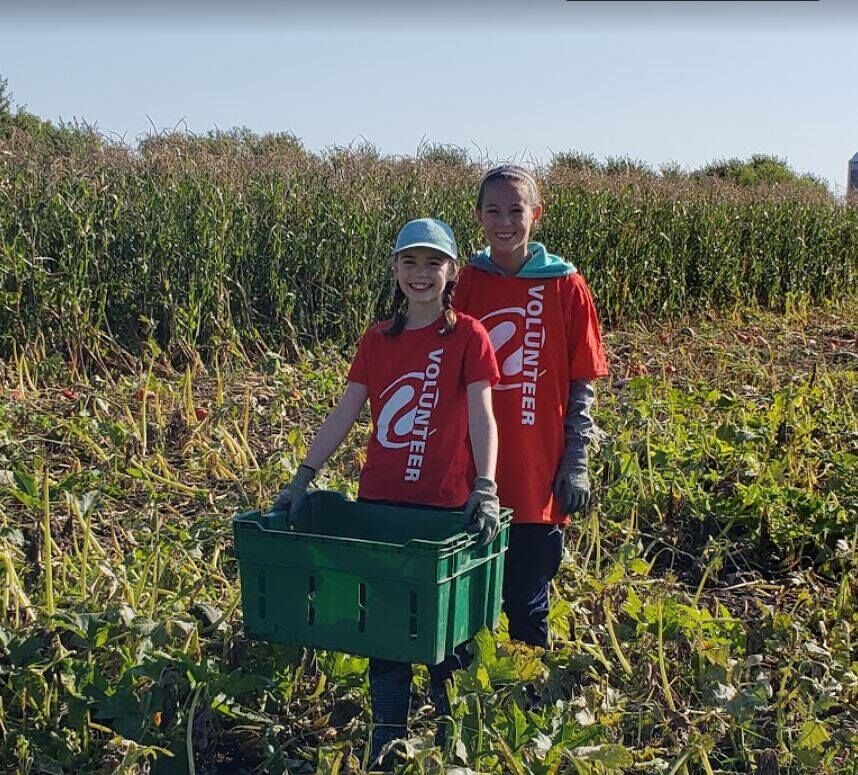 With a goal of getting locally sourced produce into the hands of those in need, the United Way of the St. Croix Valley worked with local farmers to start the Farmers Fighting Hunger program.

"The way we were able to do that in 2018 was to provide a CSA share to each of our food pantries in Pierce, St. Croix and Polk counties. So, 25 food pantries and shelters received a CSA share every other week," said Community Impact Director Jessica Neumann. "With the CSA share ... we also provided educational sheets that went along with that because a lot of the produce grown locally isn't always something that is familiar to everyone."

In St. Croix and Pierce counties alone, the program - which wrapped up its first growing season in October - was able to serve approximately 6,005 households from June to October this year. The program served another 3,790 households in Polk County working with Community Homestead Farm. In total, 2,533 pounds of food were distributed to agencies in Pierce and St. Croix counties through the program, with another 2,480 pounds distributed in Polk County.

"It is important to note that the pounds of food provided through Farmers Fighting Hunger was a small portion of the more than 771,000 pounds of food that was distributed in all three counties to the nearly 10,000 households served," Neumann said. "Our pantries work very hard to provide for those in our communities. We are thrilled to partner with the pantries and shelters in St. Croix, Pierce and Polk counties to provide access to fresh local produce for anyone in their time of need. The amount of food we distributed this year was a great amount and this is just our first year running this program."

Examples of food provided through the CSA share are swiss chard and kohlrabi. The educational sheets included information on those lesser known produce items as well as ways to prepare the produce and recipes. The recipes featured foods that were easily found at the local food shelves. According to Neumann, the educational sheets also create connections and break down barriers between volunteers and the person coming to the pantry. They also help both the volunteer and the visitor learn about new foods and build nutrition education throughout the community.

"It also creates a social connection for the next time those people come back to the pantry. It creates an interaction that builds trust and creates an environment that they feel comfortable coming back to. It also brings dignity to the process. Nobody wants to go to a food pantry, but we want them to know we are there to support them when they need to," Neumann said. "Giving people the access to these great local produce items is also breaking down access for people and making it so more people have access to good, healthy food."

"We are so grateful to the United Way for providing the residents of Grace Place with lots of fresh fruit and vegetables. The items we received monthly were always fresh and many of our families who stay with us enjoyed them," said Salvation Army/Grace Place Media and Fundraising Manager Angela L. Moulton. "The milk and eggs provided by the United Way were such a great resource for our residents. Milk is such an important nutritional need, especially for children, and to have some of our monthly milk needs provided by the United Way helps so much."

For the local farmers who produce the food that is distributed to local agencies, working with United Way was a great experience.

"We were able to reach so many more people than we could have alone. Many more people ate fresh, delicious, nutritious and local food. We have always felt that everyone needs access to this food, not just those that can afford it. But making that happen as farmers is a struggle. Thanks to United Way, we broke down barriers we haven't been able to before," said Jody Lenz of Threshing Table Farm. "Making sure that the less advantaged in our communities have access to great food - it is just a tip of the iceberg.

"This program also helped to support our farm and our farming practices. Those practices mean cleaner water, healthy habitat and regenerating the soil. These things impact everyone in our community- for a long time to come."