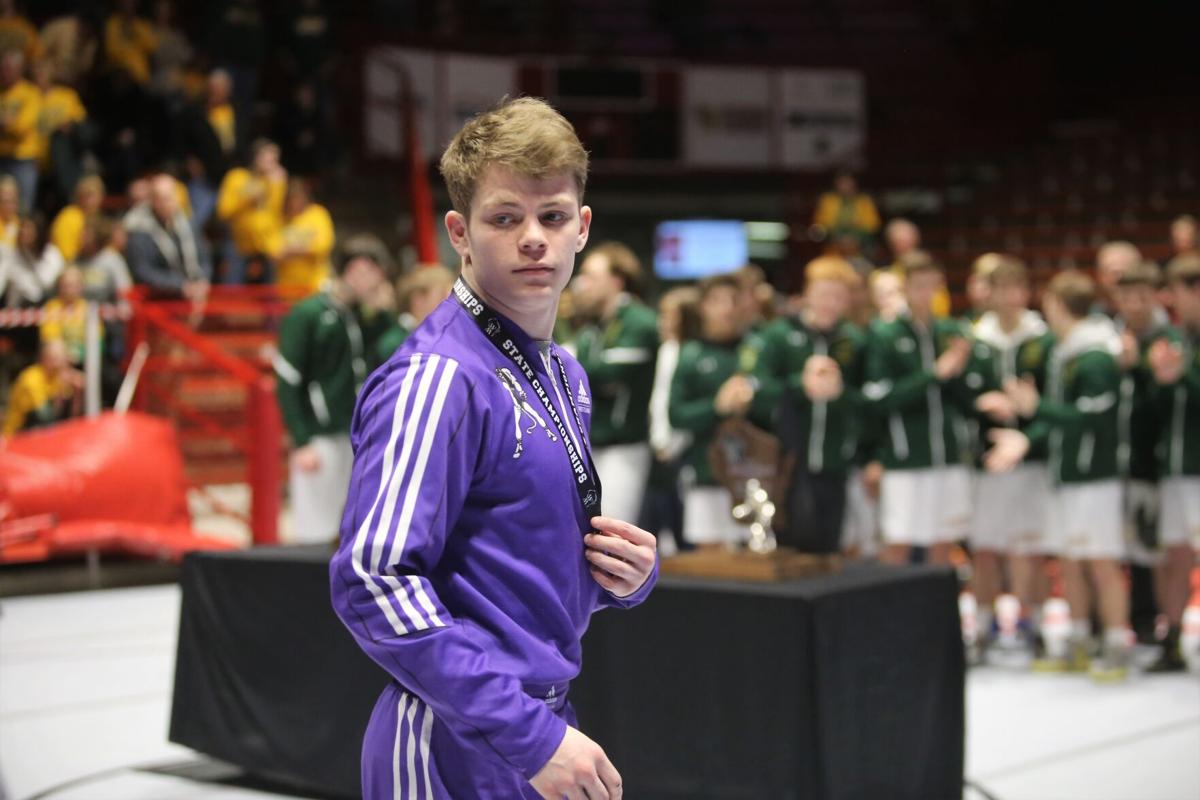 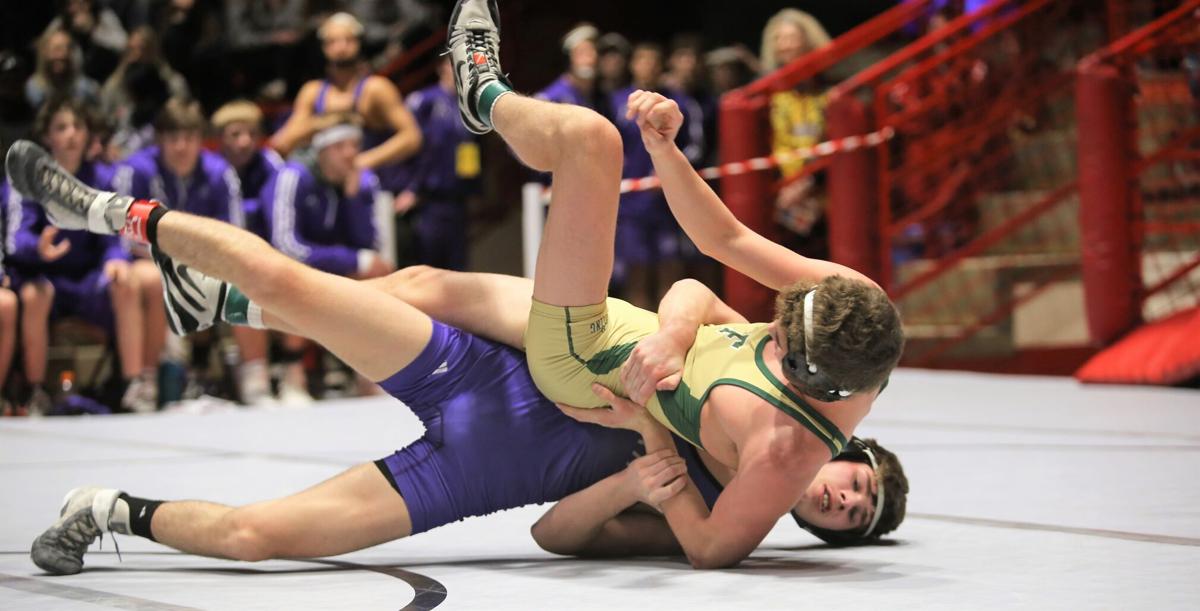 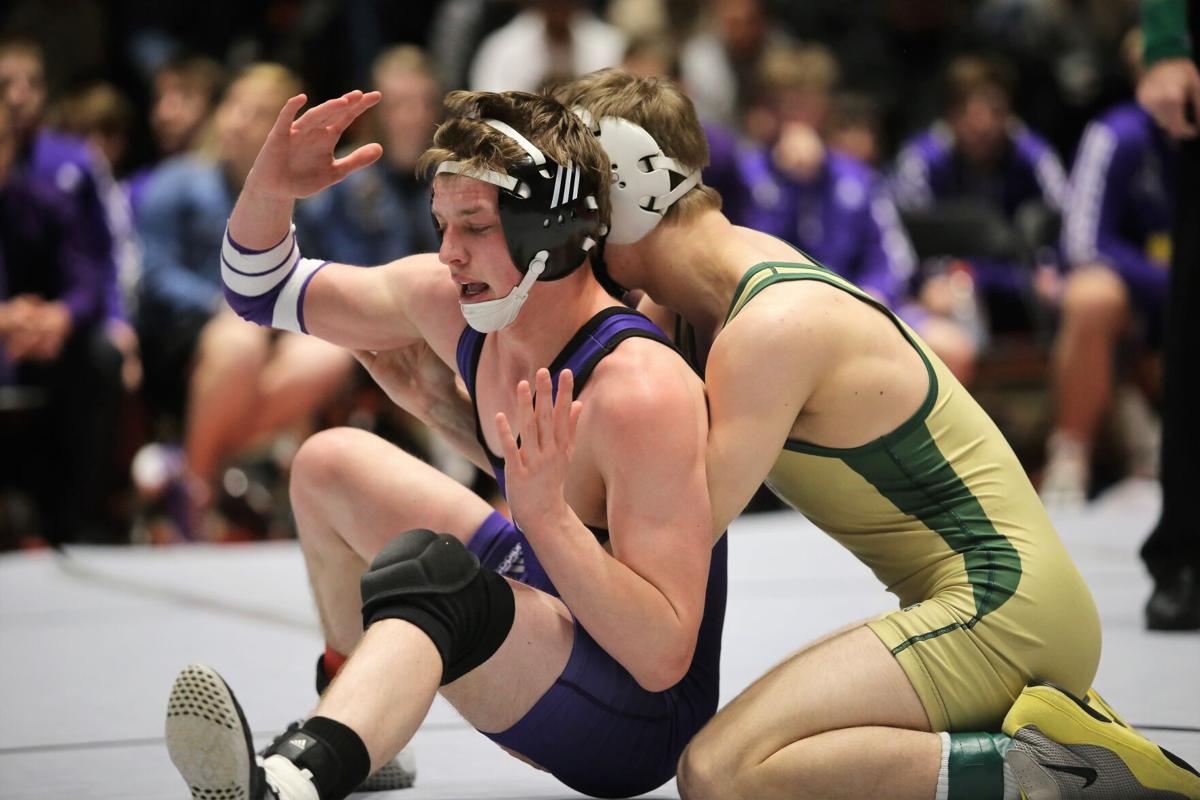 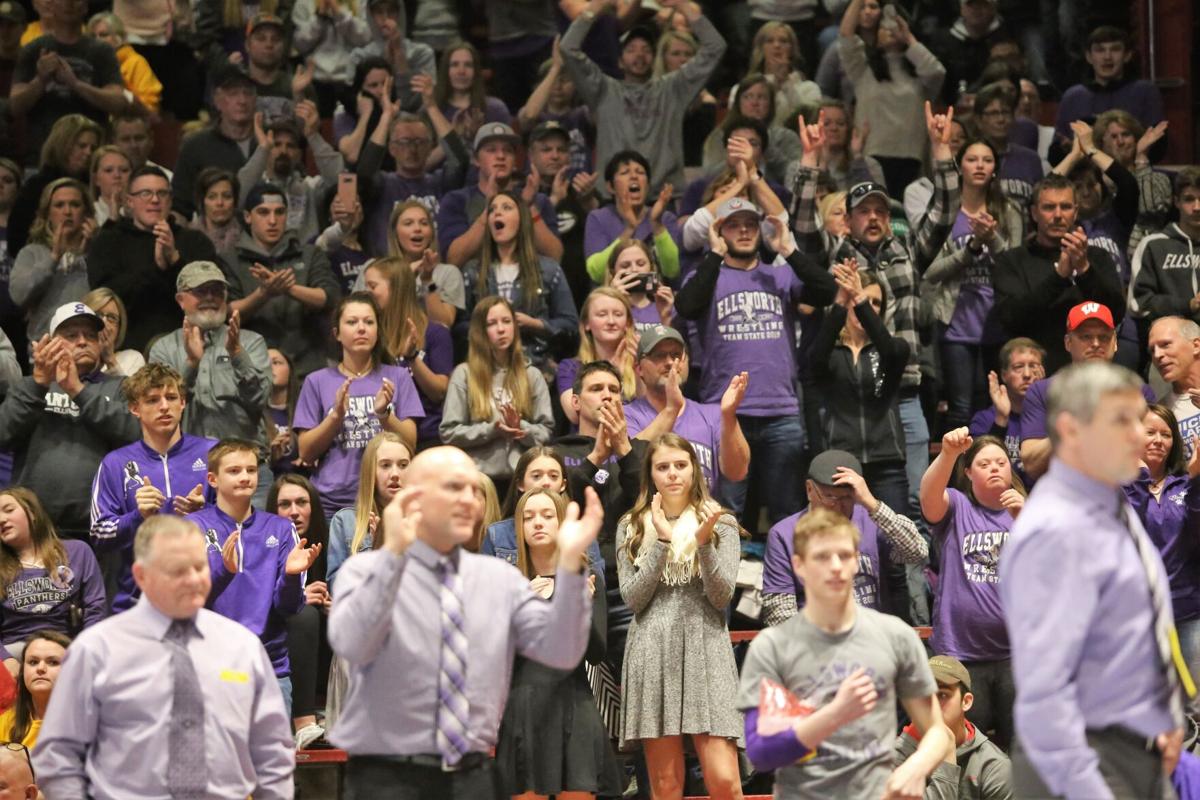 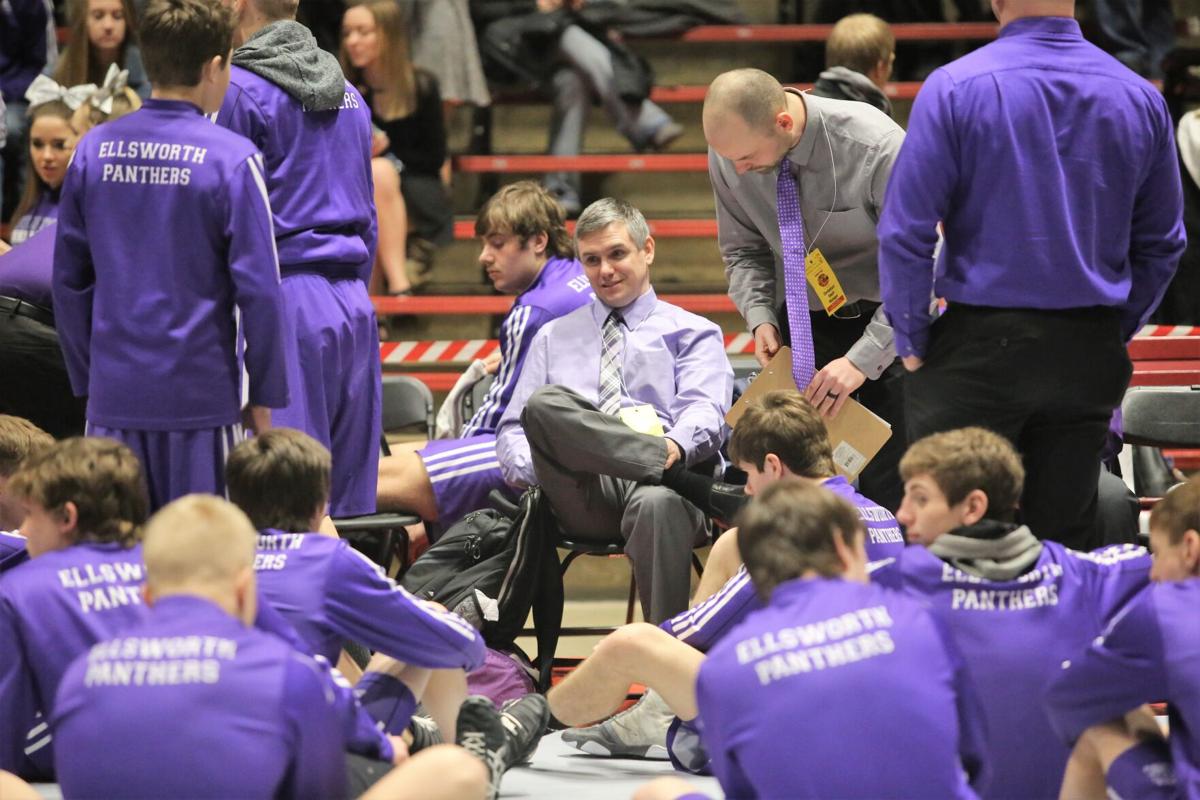 The Ellsworth Panthers showed that they were a state-champion-level team throughout the 2018-19 season.

The Panthers (19-5) defeated the Division 3 state runner-up Stratford Tigers in December, faced nationally-recognized teams at the Clash and challenged the Simley Spartans at their home triangular in January.

Ellsworth was battle tested throughout December, January and February, but when the day to showcase their season-long preparation came, they had nothing to show for their months of champion-like training.

The No. 1-seeded Panthers competed in their record-tying 18th WIAA Team Wrestling State Tournament in program history at the UW Field House on Saturday, March 2, but their hopes of acquiring Ellsworth's ninth state title were diminished when the No. 2-seeded Freedom Irish (19-3) claimed a 35-16 dual meet win and their third state title.

Ellsworth's desperation to take the title was shown when junior Charlie Stuhl refused to let up in his 14-3 major decision win, when senior co-captain Jared Lansing locked his legs around the ankles of Ben Bredael to keep his eight-point lead intact, when senior Sawyer Hamilton was dragged across the mat by Troy Nabbefeld in the final seconds of his 9-1 major win, or when Jared Toenjes only allowed three team points to Sam Peters, the Division 2 160-pound champion.

But their individual moments of pure grit weren't enough to pull the weight of the entire team on its off day.

Like any athlete who has their goal of a championship ripped from them, the Panthers will spend some time wondering what could have been done differently in their rare, missed opportunity.

"We didn't show up, but that's ultimately my fault," Matzek said. " I've got to find out why didn't we. We showed up at the Clash; we wrestled better against Simley. Sectionals, you know, what was it? That's something for me to figure out.

"It was my job to prepare these guys to come into battle and I didn't do that today."

The rough day was also evident and undescribable for the Panthers' co-captains.

"I could tell from a while earlier that we weren't in it like we should have been," Lansing said after his team's loss. "The feeling just wasn't right."

"I don't think we came prepared because we didn't wrestle through certain situations, and we didn't finish our matches like we usually do or should," Stuhl said. "It might've been nerves, but there are no excuses for being unprepared."

"We didn't look right," Matzek said. "We attempted to adjust it, but obviously it didn't work that way."

The Irish won the first two matches of the state championship dul and didn't allow a single Ellsworth point in the 113- or 120-pound bouts. Senior Jon Cain, who was injured in his Saturday, Feb. 9, regional tournament and hadn't wrestled since, brought some energy to the mat by sticking with Freedom's 126-pound individual runner-up, Colby McHugh.

Cain stayed within two points of McHugh until the midway part of his third quarter in which the state runner-up sealed his 5-1 decision win and widened his team's lead to 9-0.

Ellsworth's 16-15 lead was short-lived, however.

Grant Vosters and Devan Van Rossum claimed big wins for the Irish in the 182- and 195-pound bouts, and a first-period pin for 220-pound Seth Brownson raised Freedom's confidence.

Down 28-16, the Panthers needed pins in the 285- and 106-pound bouts to match Freedom's 28-point total, but their second-place finish was sealed once Grant Williamson defeated Logan Peterson by a a 4-2 sudden victory decision.

The Irish wrestlers rose to their feet, six minutes away from their first state title since 2015, while the Panthers slumped in their seats confused and disappointed in their inevitable loss.

"It was tough to sit there and try to be a good teammate," Stuhl said. "I cheered, but knowing we had already lost, well, it was difficult."

"It wasn't pleasant watching my friends go hard and lose, but at the end of the day, we know the work we put in and what we truly deserved," Lansing said. "On a better day the match could have flipped scores, but that's just 'what if' talk.'"

Lansing said his team's anticlimactic finish to the final dual meet of his season allotted him enough time to realize all he has to be grateful for.

"I'm going to miss everything," the senior co-captain said. "The hard matches, the people I met and consider family, the jokes, the dual meets, everything. We all love each other and that's why we had so much success over time. It was an honor wrestling with this team one last time."

As for Stuhl, the final two matches of Saturday's dual gave him time to consider what needs to be done next season.

"We need to use this loss as a way to work harder and have a mindset that we need to get back on top for next season," Stuhl said. "There's always work to be done."

That work will have to be done without the class of 2019 who Stuhl respected for their dedication to the sport he loves.

"The seniors had good work ethics, and I loved that about them," Stuhl said. "I thought we could have performed better as a team, but I'm happy with how the seniors represented Ellsworth."

This year's seniors were eighth graders when Matzek returned to Ellsworth to take over as head coach.

"They're just a special brand of personalities," Matzek said, "and they're always ready and willing to work. We didn't show it today, but all of these guys improved this year."

Like Stuhl, Matzek said his team's return to the UW Field House in 2020 will be reliant on the Panthers' offseason improvements.

"We have to make those improvements, and we're going to be alright," Matzek said. "Bottom line, I'm disappointed today, but I'm not disappointed in the team or anything like that. Today just sucked."

But like Lansing, Matzek was still able to put the season into perspective as Freedom left with his team's desired first-place trophy.

"I just love these guys," Matzek said. "I moved my family back to Ellsworth five years ago, and I'm so happy with where we're at. I'm not happy with how today turned out, but I'm happy overall that I've been given this opportunity to teach and coach wrestling in Ellsworth."