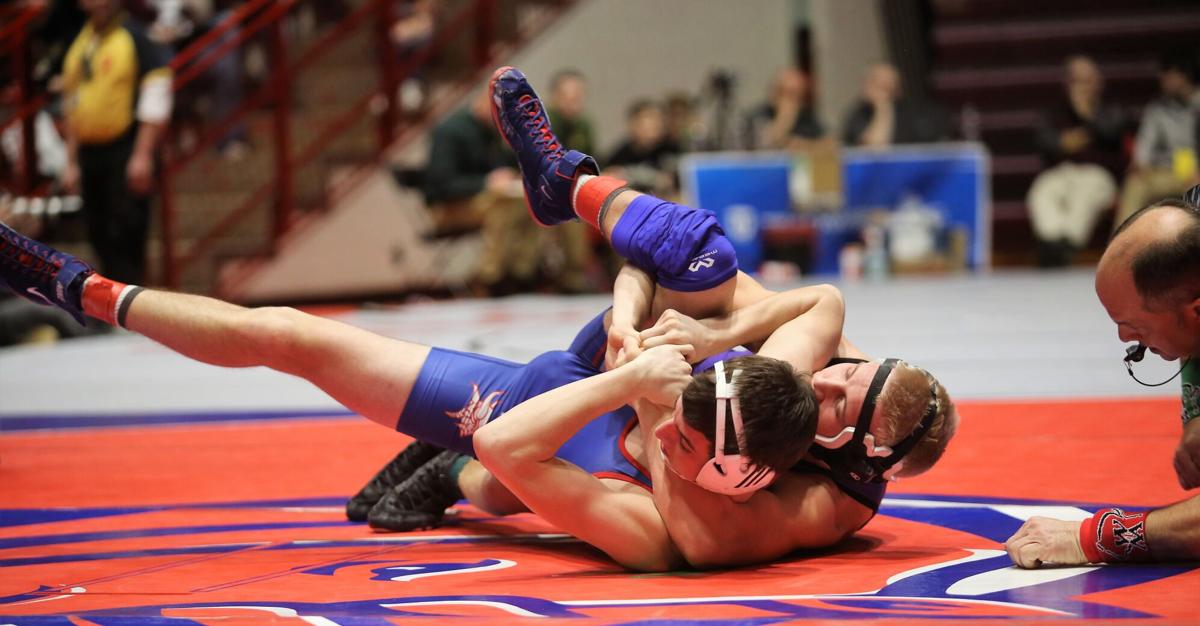 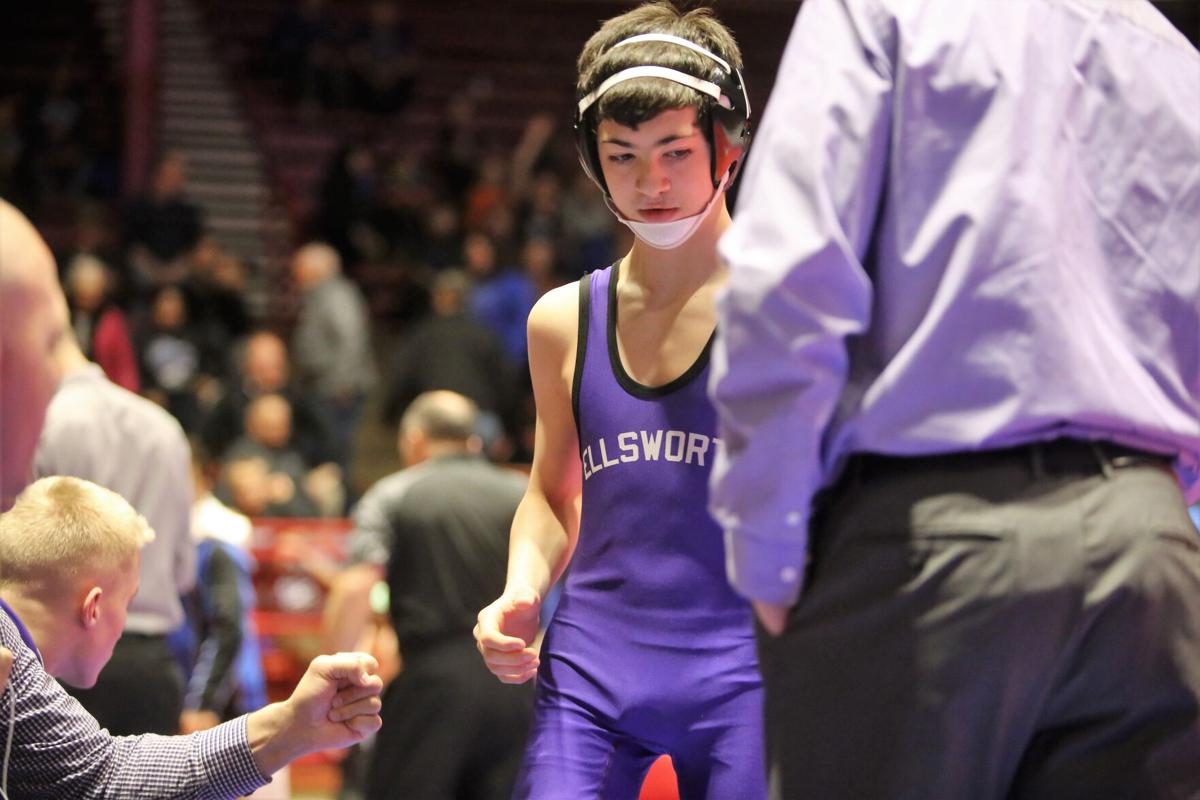 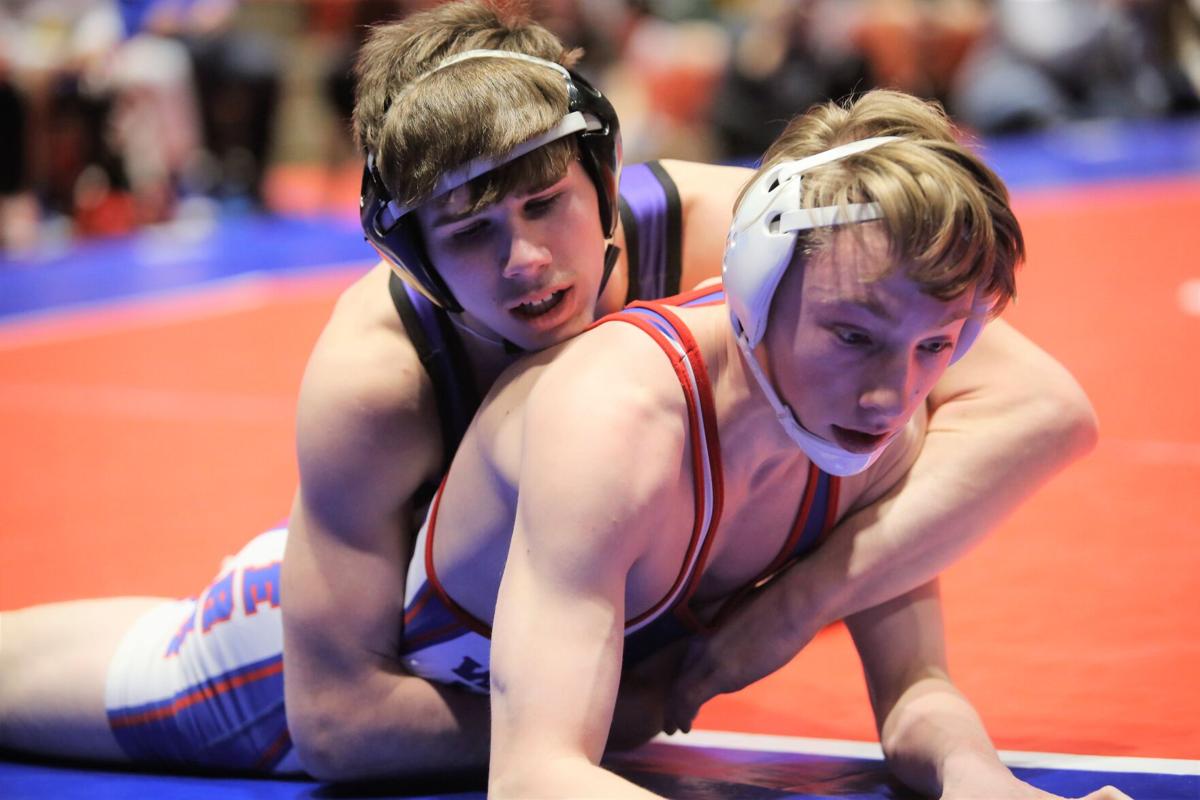 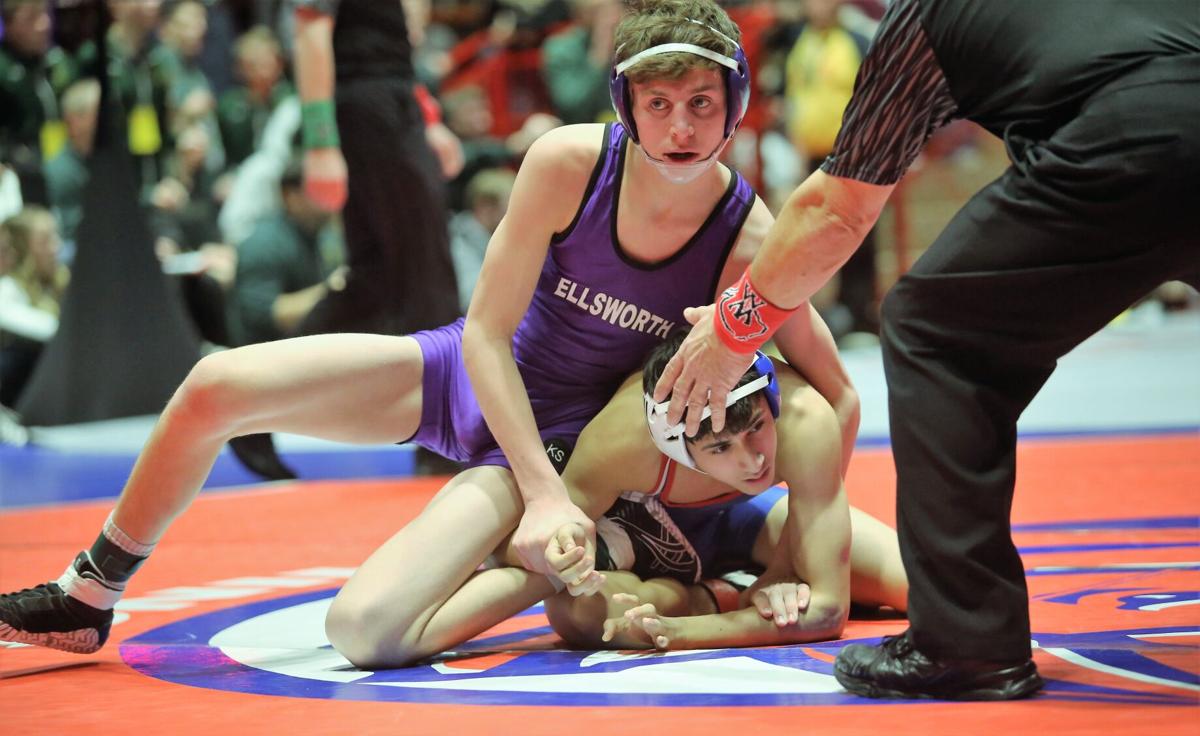 Jack Radabaugh has been to the WIAA Team Wrestling State Tournament a time or two. The UW Field House has become Radabaugh, Mark Matzek and the Ellsworth Panthers' home away from home over the past decade and a half, but Radabaugh will never get over the anticipation of coaching on the biggest stage in Wisconsin high school wrestling.

"I've been here so many times," Radabaugh said Saturday morning, minutes before the Panthers' state semifinals dual meet, "but my heart races every time."

Radabaugh's anticipation for the WIAA's biggest wrestling tournament hasn't changed over the years and neither has the Panthers' tradition of advancing to the state finals.

The No. 1-seeded Panthers (19-4) cruised to the state championship after defeating the No. 4-seeded Wisconsin Lutheran Vikings (13-4) 50-18 in their semifinals match on Saturday morning.

The Vikings managed to win four bouts, one of which was a forfeit.

After Nathan Weber claimed a 5-0 decision win over Ellsworth freshman Cale Ekholm in the dual's opening match, junior 113-pounder Cole Nelson got the Panthers on board with a high-scoring 21-17 decision win over the Vikings' David Carson who refused to be pinned by the Ellsworth junior. Carson fought back from a 19-8 third-period deficit, but Nelson held on in the bout that saw four nearfalls.

Bailey Poellinger added to the Panthers' lead with an 11-5 decision win against Ruben Micheel and had the Vikings' 120-pounder on his back in the first period but was unable to claim a pin, which led to head coach Matzek emphasizing the necessity of getting good angles on his wrestlers' opponents in order to claim six team points.

The Panthers' responded to Matzek's coaching.

Stuhl's pin came after Matzek encouraged his junior co-captain to get Nathan Doan on his back with an arm bar before Lansing, Hamilton and Kosnopfal used cradles to get their opponents to fall.

A technical fall was imminent in Melstrom's 182-pound win over Sammy Bausley after the senior Panther allowed an escape then brought Bausley back onto his back in a matter of seconds, but Melstrom pushed through to give his team six points instead of settling for five.

Melstrom's extra point from his pinfall may not have been crucial in Ellsworth's 32-point semifinals win over the Vikings, but it's an example of the effort all Panthers will need to give in their championship dual against the No. 2-seeded Freedom Irish - who defeated No. 3-seeded Gale-Ettrick-Trempealeau/Melrose-Mindoro 35-24 in the semifinals - in the 3 p.m. Division 2 state championship dual meet.

The state finals are no longer a distant, back-of-the-mind motivator for the Panthers; they're hours away, along with the Panthers' chances of notching their ninth state title.