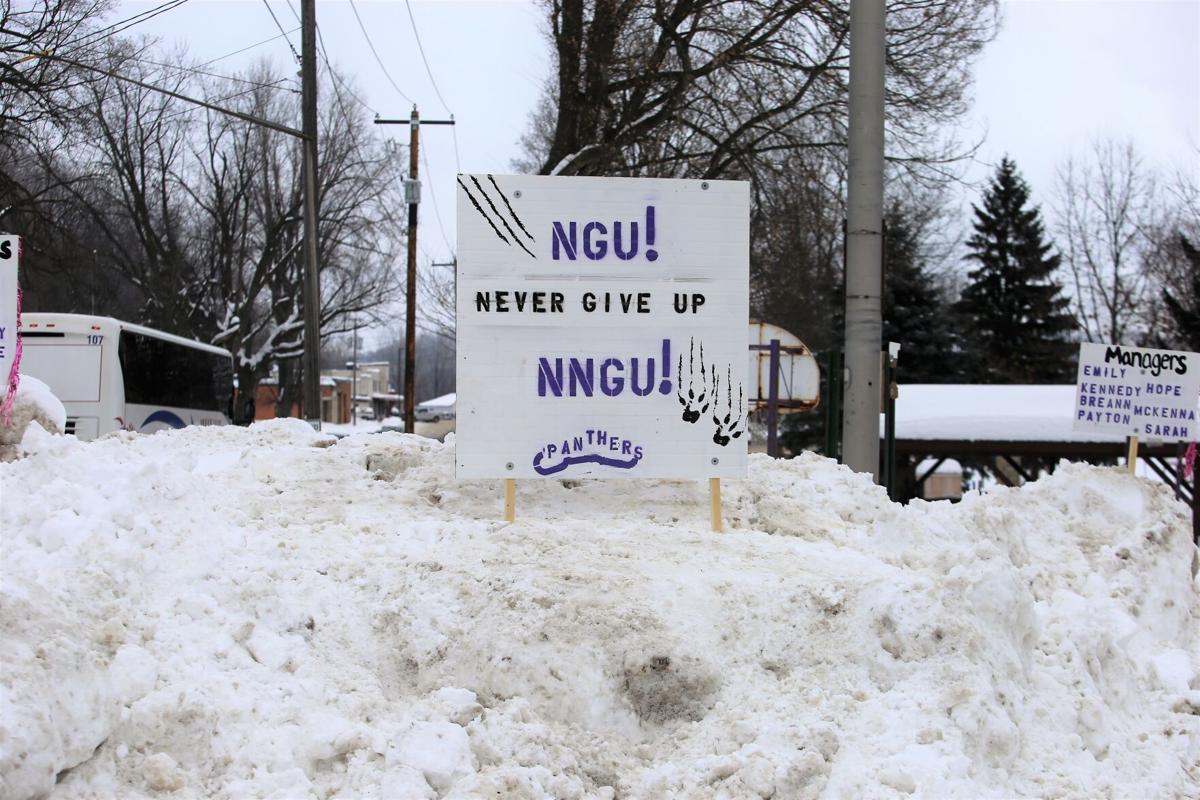 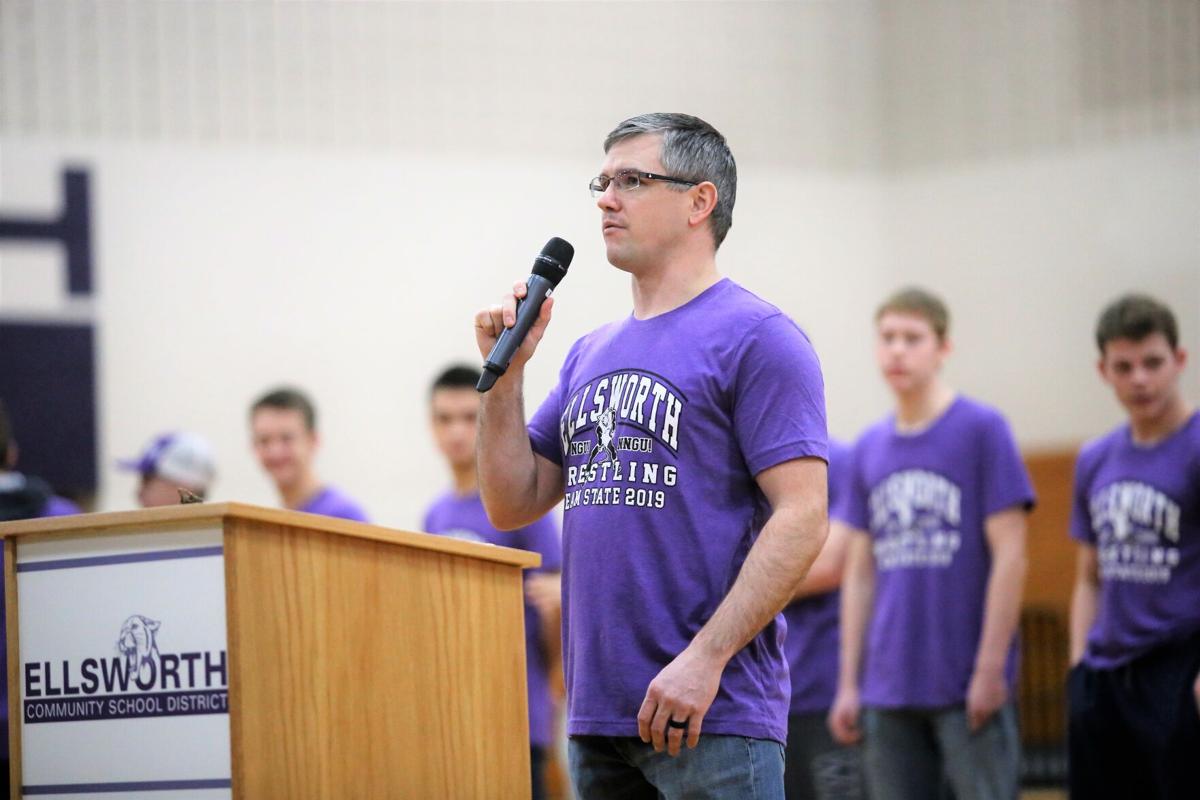 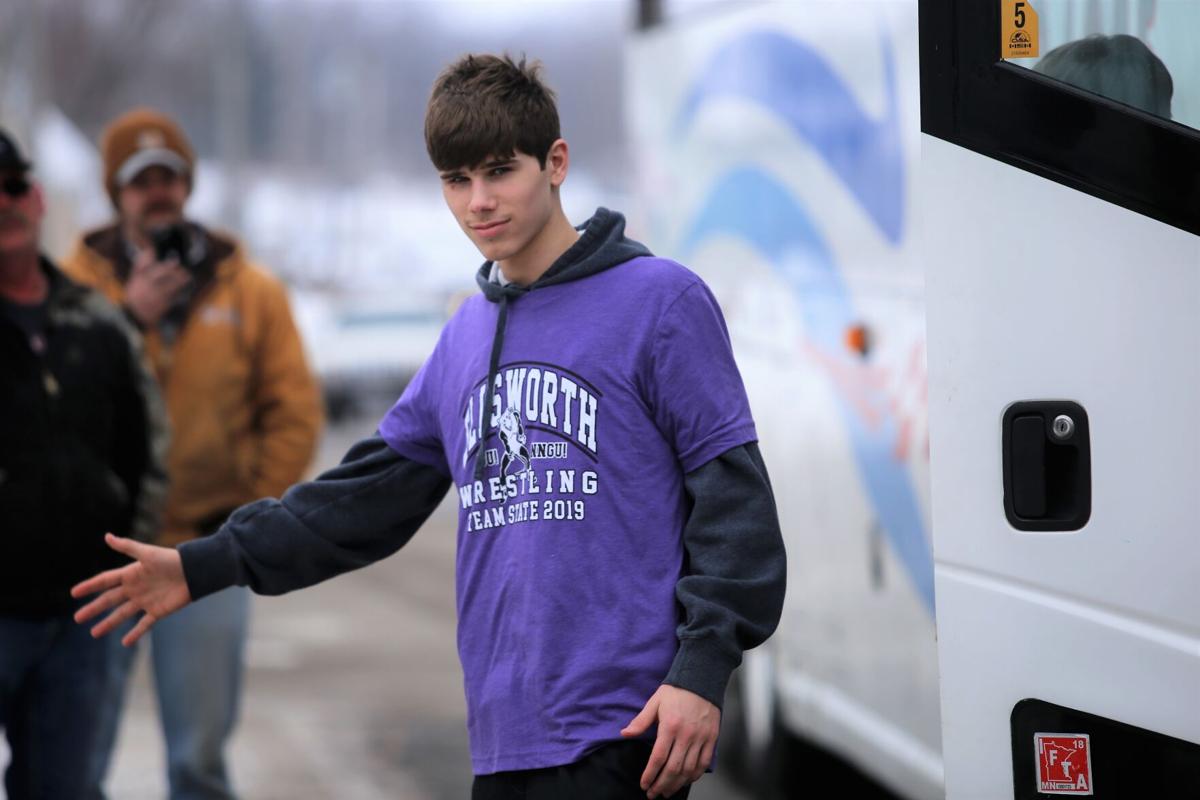 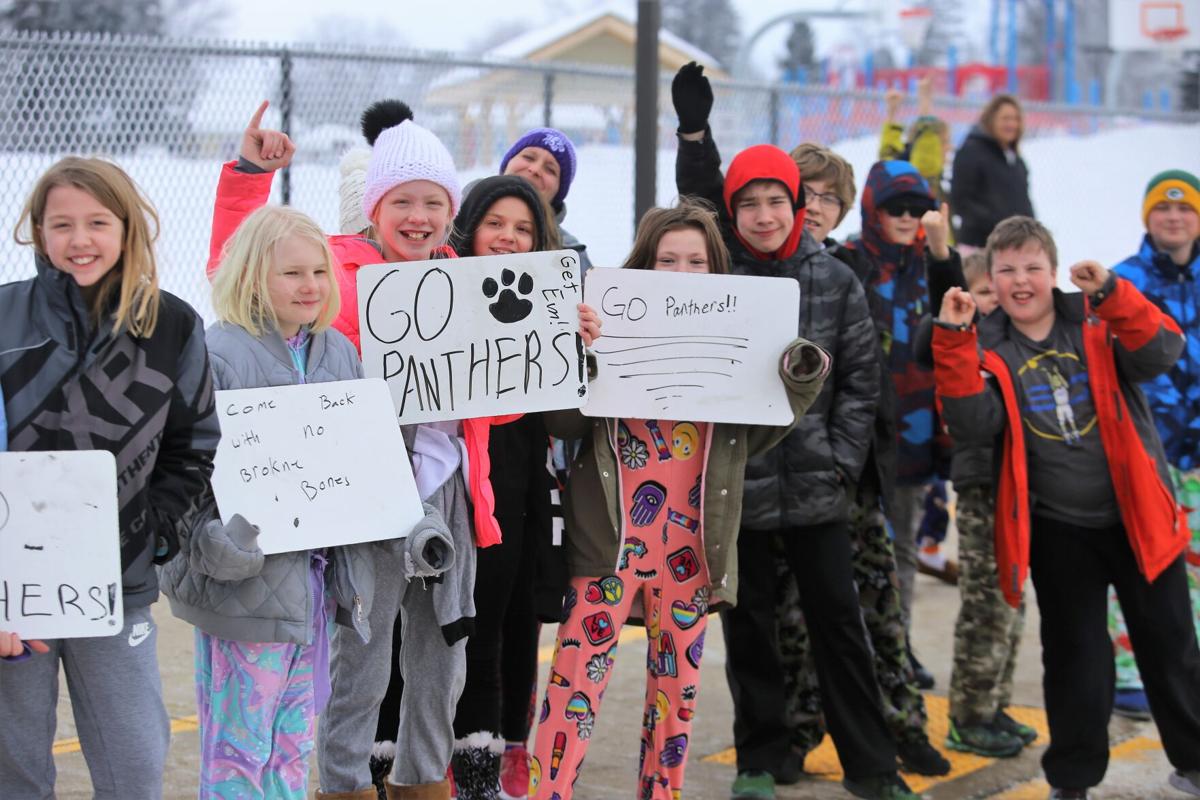 The 14-year-old freshmen wrestlers aren’t familiar with any other season-ending outcome than the Panthers qualifying for the state tournament, but this year they won’t be taking in the annual tournament as fans sitting in the red bleachers of the UW Field House.

On Saturday, Anschutz and Voelker will hear their names introduced over the intercom, run circles around their designated mats, size up their opponents and attempt to tame their nerves while getting their first taste of competing in a state tournament.

As expected, the nerves have already set in.

“I know that I’m going to be nervous,” Anschutz said, “and I’ll probably be nervous until everyone warms up. Then I’ll start to calm down and get ready to go.”

According to last year’s state tournament competitors, after the initial nerves, the adrenaline takes over.

“It’s a pretty cool adrenaline rush,” senior Jon Cain said. “I got kind of nervous right away for my first match, because you’re wrestling in front of the whole town it seems. But as soon as you get out on that mat, it just feels natural. It’s like you’re in your element, and you’re used to it.”

Cain and the majority of the Panther wrestlers who’ll be seeking Ellsworth’s ninth state title on Saturday have already battled on the mats of the Field House. They know what it’s like to walk past the hundreds of fans dressed in purple as they march down the bleachers before the state finals. They know the emotions that come with being crowned state champions and those that are attached to a two-point finals loss.

But their prior experience at the state tournament doesn’t take away from their return to this year’s finale.

“You don’t want to be that team who gets upset and upsets everyone,” Cain added.

Members of high school athletic programs as exceptional as the Ellsworth wrestling team’s undergo a larger amount of pressure than the average teenage athlete. That’s why the senior Panthers have made it their mission to keep their underclassmen at ease while they compete on the biggest stage of their high school careers.

Co-captains Jared Lansing and Charlie Stuhl acknowledged the work ethic of this year’s freshmen class after the first week of practice. Now they want to see their underclassmen reap the benefits of their knee-shaking wall sits and heart-racing wall-to-wall sprints.

“I remember being in their shoes,” Toenjes said. “It’s a lot different being a senior; it gets easier every year.”

“The varsity experience is going to pay off once they get older,” junior Logan Peterson said. “It’s really exciting to see.”

In agreement and synonymous laughter, the group of wrestlers agreed that freshman year is the most brutal of a Panther wrestler’s four-year varsity career.

“Everyone is bigger and better than you,” Toenjes explained.

In one year, freshmen wrestlers who earn a spot on the Panthers’ varsity roster go from wrestling eighth graders to possibly facing off with future Olympians. Well, at least in Anschutz’s case.

The freshman 220-pounder was matched with Simley’s Daniel Kerkvliet, the nation’s No. 1-ranked heavyweight wrestler, at Ellsworth’s January triangular. Instead of dreading the unavoidable loss, Anschutz came fully prepared to step up for his team when called upon.

“Yeah, that was a fun time,” Anschutz said. “I don’t know, I think it’s good for the team, because if we know that Logan has a better chance at beating a guy, then we can get the team points and throw me out there, and I’ll hopefully not get pinned against someone else.”

Like Anschutz, Voelker has been ready to compete as a varsity wrestler all season long. The Ellsworth freshman recorded his first varsity pin in the Panthers’ first dual of the season when Cain was ruled out with an injury. He may be given the same opportunity to rise to the occasion for his team at the state tournament.

Cain, Ellsworth’s 126-pound wrestler, suffered an arm injury in his championship match at the Baldwin-Woodville individual regional tournament on Saturday, Feb. 9. The senior battled through an overtime wrestleback match with a swollen elbow to earn a bid to sectionals but cut his individual season short to avoid worsening his injury before team state.

Cain’s swelling has reduced since his early February injury, and his strength has significantly improved after three weeks of physical therapy, but Voelker may still be called upon come Saturday morning.

Voelker said he’s excited and ready for the opportunity at hand but that he hopes Cain has one final shot to compete in a state tournament.

“I guess I’m just ready,” Voelker said. “If (Cain) can’t go … well, I sure hope he can, because as a senior, I know that I’d want to be wrestling for my team if it were my last chance.”

Cain, after noting his improved strength, said, “If I can’t go, then I’ve got to trust in Jack and all of the other guys. They can do it; they don’t really need me. We can put in any guy, and they’re going to give it their all.”

Cain’s confidence in his teammates is sincere.

Since Day 1 of practice, freshmen and seniors alike have been performing the same drills and listening to the same wisdom in the Ellsworth wrestling room, preparing for one final moment: the state tournament.

“I think that gives everyone a lot of confidence, too,” Voelker added. “No one gets really beat up in practice; everyone sticks with everyone fairly well.”

“Unless you do get beat up,” Peterson said amid more laughter. “Then you learn what you have to do to get better.”

Ellsworth’s head coach Mark Matzek and his many assistants don’t just prepare their wrestlers for the physical demands of superior wrestling; they also create match-like scenarios that help negate the first-year nerves all of their wrestlers experience at the start of their careers.

“They work a lot on your mental game, too,” Cain said. “They have us write down a bunch of things like what we’re going to do, so that you’re just prepared when you step on to the mat.”

“And what you’re going to say in your head when you go out there,” Peterson added.

“Right before I’m about to shake my guy’s hand, I like to say, ‘good luck buddy,’ or something like that,” Cain said, “but I know I’m going to beat him.”

Peterson: “Well, I don’t think I’ve ever said that.”

Toenjes, before even more laughter: “You guys don’t want to know what I say in my matches.”

Along with their training, the lightheartedness of the upperclassmen has helped Anschutz, Voelker and the remaining Panther freshmen flourish among many worthy competitors throughout the season. The stakes may be raised at Saturday’s state tournament, but the Panthers’ upperclassmen want to make sure their teammates’ pressure is manageable.

“Don’t let the nerves get to you,” Toenjes said.

“Go out there and wrestle like you have been all year,” Peterson added.

“I’ve learned to take nothing for granted, I guess,” Cain said. “It doesn’t seem like the season goes that quick, but the four years do. Just take it all in, and have a blast.”

The No. 1-seeded Panthers will face the No. 4-seeded Wisconsin Lutheran Vikings at 10 a.m. at the UW Field House on Saturday, March 2, in the WIAA Division 2 Team Wrestling State Tournament semifinals.