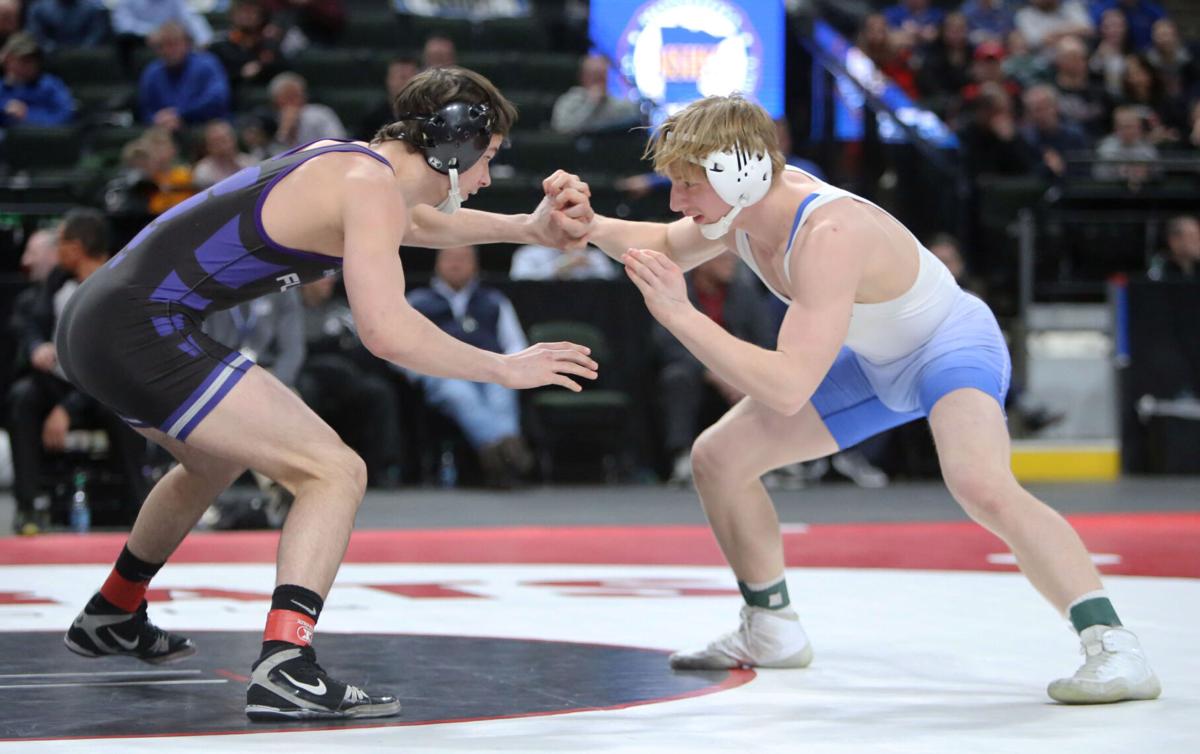 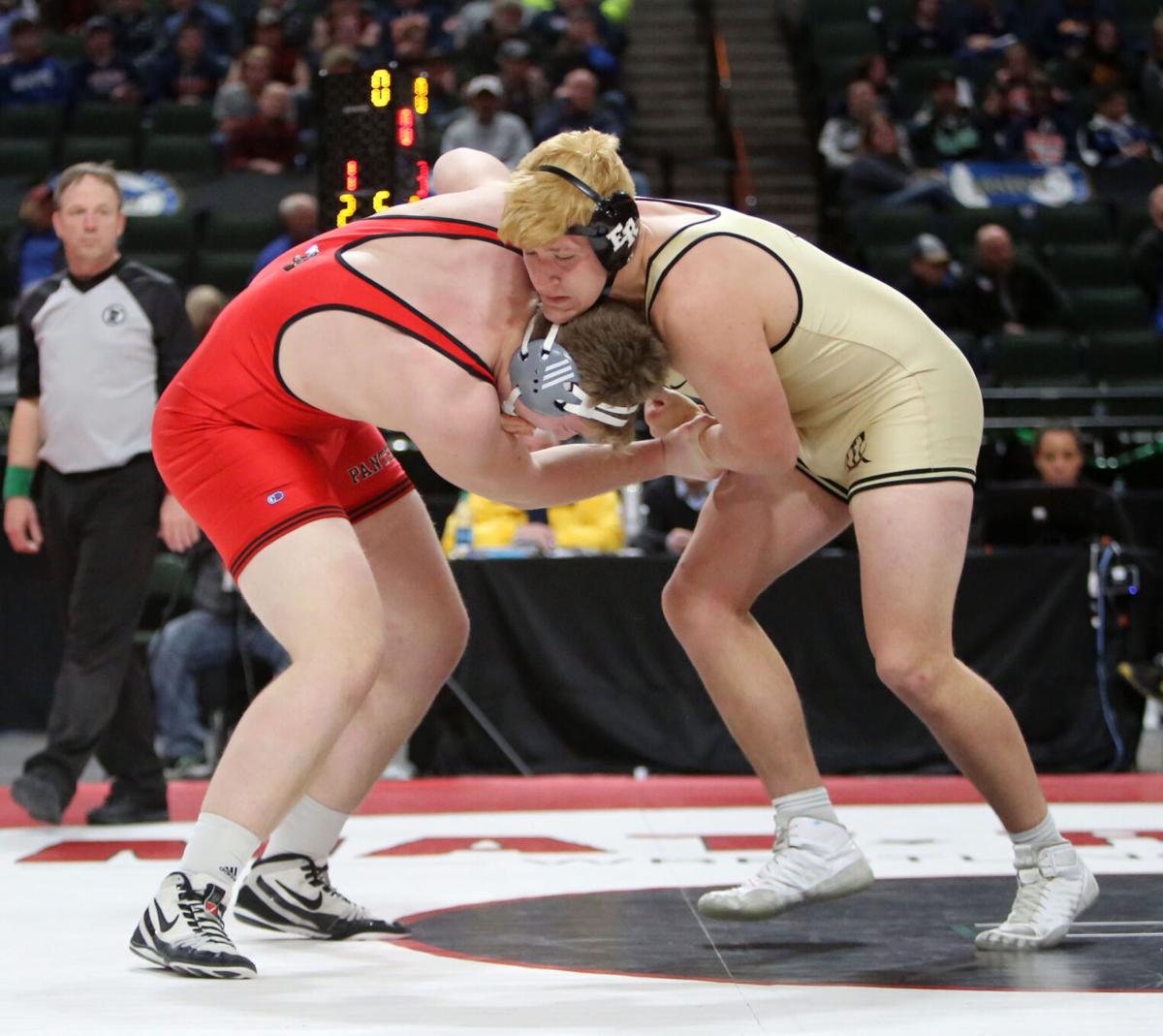 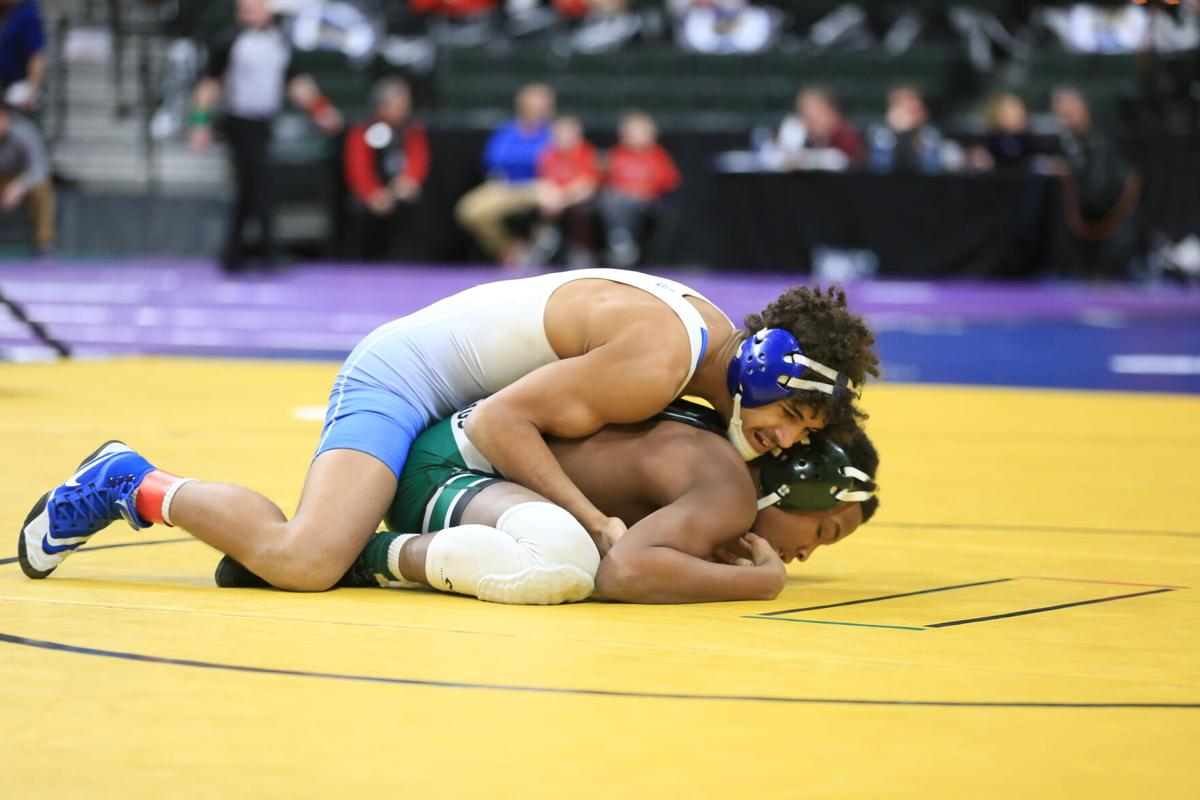 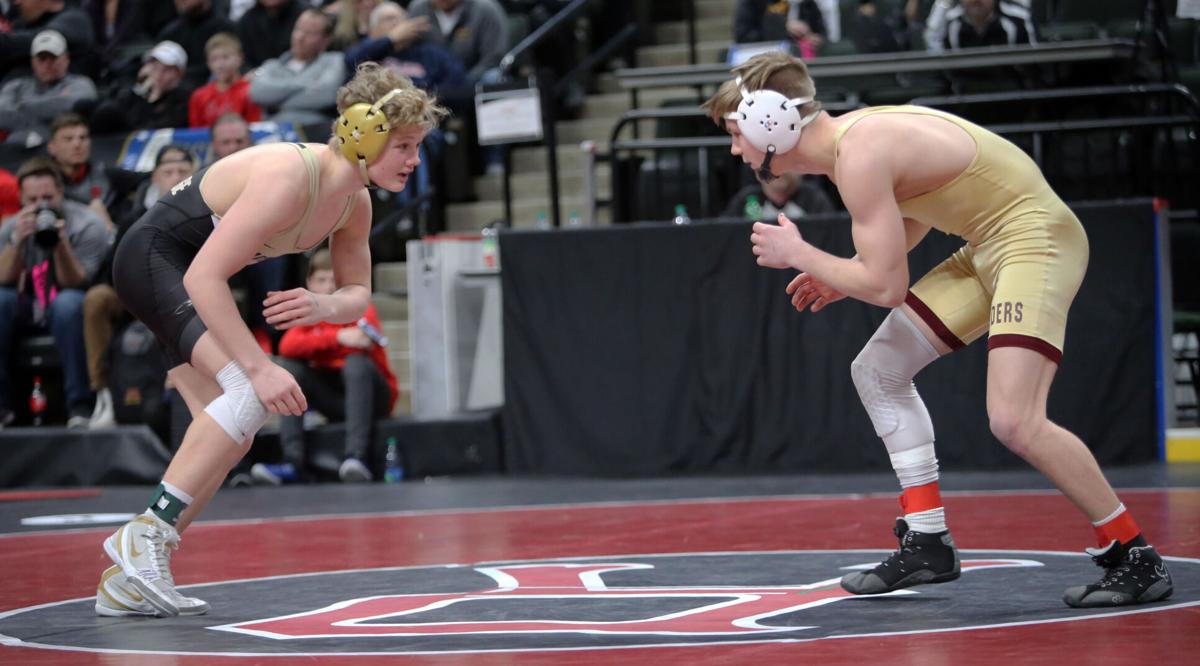 For a wrestler, that's all they have in a match before it's over. During those six minutes, the wrestler needs to get the win and soak in every aspect of the state tournament.

For some wrestlers, that moment lasts multiple matches while others have a couple matches to fully engage themselves in the state tournament.

It's a hard task, but the wrestlers from East Ridge, Woodbury and Park did exactly that in this year's state wrestling tournament.

On Thursday, the East Ridge team finished in sixth place and recorded many first in the program's history.

On Friday and Saturday, the wrestlers thought a little bit more selfishly as they prepared for the individual state tournament. It would take four wins for each wrestler to be named state champion for their weight bracket.

The Raptors started their state tournament as a team on Thursday and finished the season on a strong note. A way that head coach Matt Everson described as unbelievable and indescribable.

"I couldn't be more proud of the wrestlers and what they were able to do this season," Everson said. "With all the injuries and changes throughout the season, these wrestlers adapted to the change and never let it effect them."

East Ridge started Thursday with a tough draw as the Raptors faced No. 2 seed Stillwater. The Raptors kept the match close in the beginning, but the Ponies came out firing towards the end and earned a 42-17 victory.

That win was the first win in program history at state and a memorable moment for not only Everson, but the wrestlers as well.

"It's fun to have one last day as a team this season," said Hunter Lyden. "All of us worked hard at practices and duals and it's allowed us to reach this point."

In the consolation finals, East Ridge had a tough dual against Northfield and the the Raiders pulled out to an early lead. They continued that lead for the majority of the match, which led to the Raptors losing 40-25 in a tough dual.

For the wrestlers and coaches, it was a fun opportunity to bring every wrestler to state and be able to experience this stage at such a young age for most of these Raptors.

"This was a great way to show many of these wrestlers what it's like at state," said Royce Hogue. "It makes you want to reach this point again next season and we know what it takes to get to this point now."

East Ridge wasn't done though after Thursday. The Raptors were just getting started with seven wrestlers ready for the individual tournament.

In 106-pounds, sophomore Matt Hogue had a memorable weekend with a fifth-place finish. He won his first match, but lost in the quarterfinals to put him in the consolation bracket.

He fought his way through and won the next two matches before losing in the consolation semifinals. Matt Hogue ended his season with a win in the fifth-place match.

In 113-pounds, freshman Johnny LaCore had a quick exit after losing his opening round. He later lost his second match of the day and was eliminated from the tournament.

In 126-pounds, freshman Vito Massa had a similar outcome as he lost his opening round match and lost once again in the consolation to be eliminated.

In 132-pounds, eighth-grader Ryder Rogotzke won his opening round match and faced a tough Apple Valley wrestler in the quarterfinals. He wasn't able to win and went to the consolation bracket.

Rogotzke lost another match in the consolation bracket and it ended his year.

In 138-pounds, freshman Lyden had a nice draw to give him a possibility to reach the semifinals. He did exactly that with two wins in the opening round and the quarterfinals.

He landed in the semifinals against Northfield's Drew Woodley and the match ended in a close 5-2 decision in favor of Woodley. Lyden kept fighting in the consolation bracket and ended up in third place for his weight class.

In 152-pounds, sophomore Roman Rogotzke lost in the opening round to a tough senior Brainerd wrestler and it brought him to the consolation bracket. Rogotzke couldn't pull out the victory against another senior wrestler and his day ended.

In 285-pounds or heavyweight, senior Marco Cavallaro geared up for an interesting couple of days at the state tournament.

"I know this is the last time I'm wrestling at East Ridge and I want to leave everything out there," Cavallaro said. "I'm looking forward to the next couple of days."

Cavallaro left everything out on the mats as he fought through a lot of competition. It started with a pin in the opening round and led to a close 2-1 victory in the quarterfinals. In the semifinals, it took extra time and Cavallaro found his way on top once again to reach the finals of his weight class.

In the finals, he faced off against Bryce Benhart from Lakeville North who held a 34-0 record this season. That record stayed perfect though in the finals as Benhart won 7-0 over Cavallaro in the finals.

Cavallaro brought home a second-place finish in the heavyweight class, while also cementing his legacy at East Ridge for the future.

"I hope the younger wrestlers learned from me because I enjoyed every moment of East Ridge wrestling," Cavallaro said. "I'm just looking forward to seeing next year with all of this young talent. We haven't reached our cap because they will continue to get better next season and future seasons."

The Royals came into the state individual tournament with a mixture of young and more veteran wrestlers.

Head coach Justin Smith said he saw junior Brock Rinehart give freshman Ahmed Abdelal a tour of the Xcel Energy Center on Thursday before the tournament started for them. It was nice for Smith to have some wrestlers that have been here before, while also allowing some newer faces to experience this atmosphere at such a young age.

"All of these wrestlers earned their way to the state tournament and they should be proud of their season," Smith said. "All of them are leaders in our wrestling room and will continue to be in the future seasons."

In 120-pounds, senior Cole West started his day with a strong opening round match. In the quarterfinals, he faced off against a tough Wayzata wrestler and lost in a close 5-3 decision.

He ended up in sixth place at the end of the tournament and ended his career as one of the most memorable wrestlers in program history. West had been to state for four years and Smith said his progression as a wrestler has grown substantially since the beginning of his time as a Royal. He also added that it's tough losing a wrestler like West because he helped grow the Woodbury wrestling program and will definitely be missed next season.

"It's been a fun time during my high school career and I couldn't be more proud to wear the Woodbury singlet each season in high school," West said. "I've made a lot of memories throughout my time here and I can't wait to see what the future holds for this team."

One of the biggest pieces to next year's future is with junior Rinehart. He dominated his way in the 160-pound weight class with two pins to start the tournament.

After making his way to the semifinals, he fought a tough match to win 3-2 and reach the championship final. Throughout the first minute of the final, Rinehart controlled the match with his offensive game plan.

Rinehart went in to grab Gabe Nagel from Little Falls and picked him up. When Rinehart put him back on the mat, he was called for an illegal slam which gave Nagel a 1-0 lead.

After incident, Nagel was injured and had to stop wrestling. Since he was ahead 1-0, Rinehart was disqualified and ended up in second place at his weight class.

According to Smith, a wrestler that picks up another wrestler has to safely put him back on the mat. It looks like Nagel had a rib injury and was taken to a hospital immediately.

Rinehart will return for his senior year next year in hopes to reaching this point again and will continue to have his eyes on top of that podium.

In 182-pounds, freshman Abdelal had a quick tournament run as he lost his opening round match and the following match to end his state run.

In 195-pounds, senior Donald Nde also had a quick tournament with a loss in the opening round. He also lost in a close match to end his senior year. Smith said he was proud of Nde's accomplishments this season and he will be missed next season.

In 220-pounds, junior Mason Barrows will be looking to return to the state tournament next season as he finished this year's tournament quickly with two losses to start the day.

"We have a lot of leadership heading into next year and I'm looking forward to seeing how that translates on the mat," Smith said. "It should be a fun year for Woodbury wrestling next season."