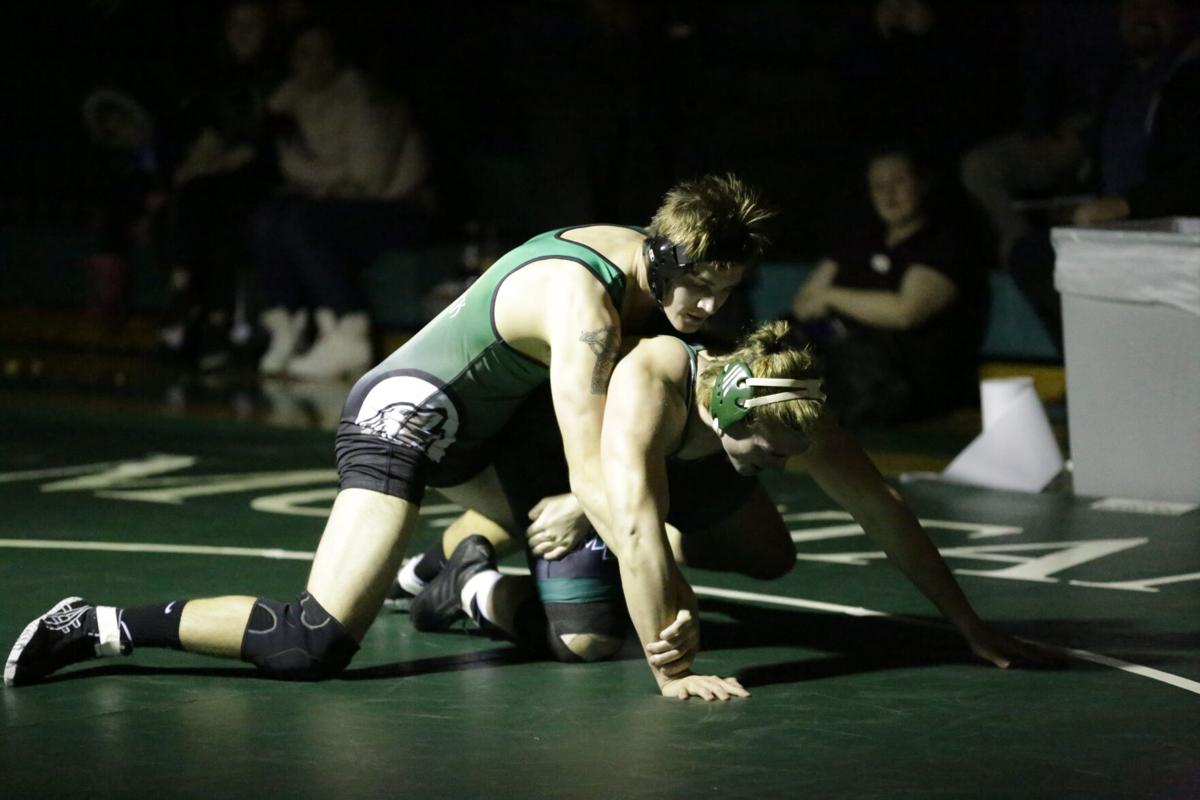 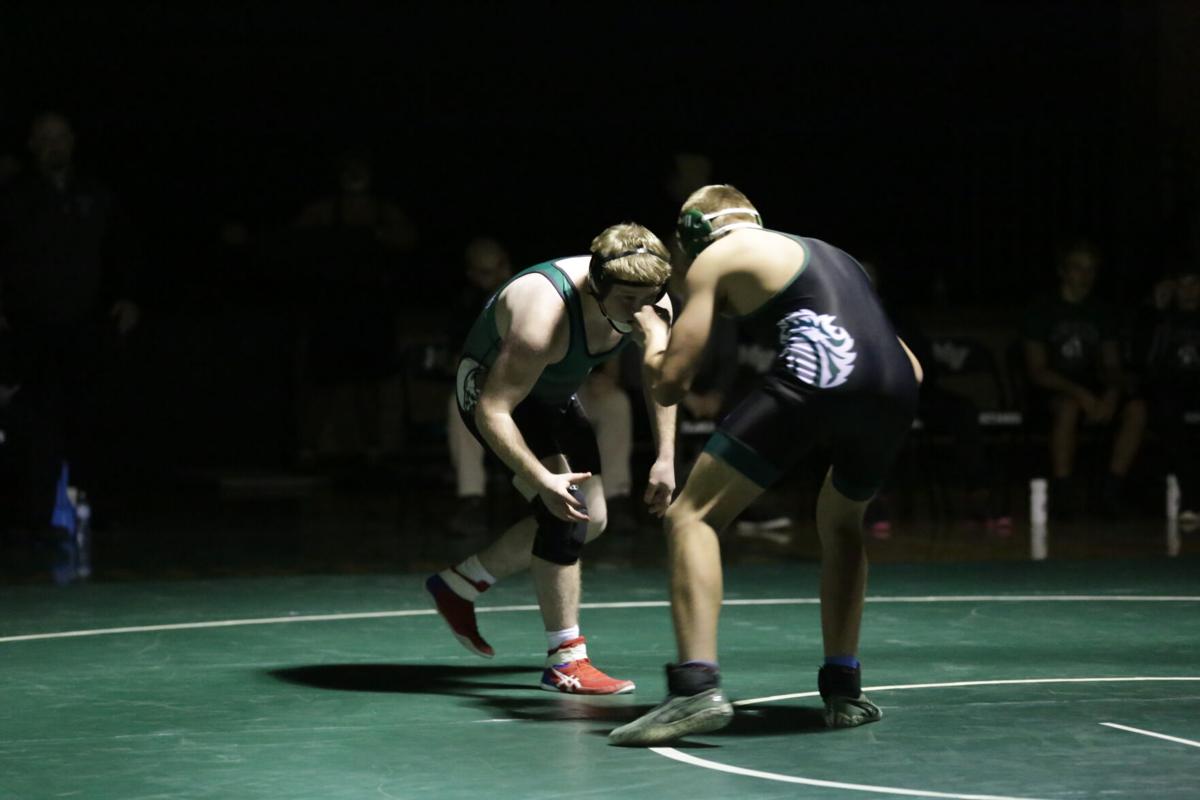 The Mounds View gym was dark, except for one light that shined down on the wrestling mat as Park and Mounds View squared off for a conference dual matchup Thursday.

There were a handful of Park wrestlers that enjoyed the spotlight on them for their match, but the Mustangs were able to take home a 45-29 victory over the Wolfpack.

"We've been seeing some growth from these younger wrestlers and it's exciting to see," said Solomon Lankow. "Now, we just need to keep working on the details to make a strong push in the second half."

The Wolfpack had some key finishes to record those 29 points. It was a mixture of younger and older wrestlers to earn some key wins against the Mustangs.

Gunnar Mullen started off the night recording a pin about five and a half minutes into the 106-pound match. This put the Wolfpack up 6-0 early in the night.

Then, Zachary Silvis recorded a technical fall at 113 with a 17-1 final to make it an 11-0 lead for Park. Mounds View came back strong though and scored 25 unanswered points to make it 25-11.

Lankow broke the scoring streak as he recorded a pin about a minute into the match at 152 to make the score 25-17. Mounds View streaked ahead scoring the next 20 points, increasing the Mustangs' lead to 45-17.

The last two matches of the night went to Park as Krystiyan Mullen pinned his opponent in about a minute at 220 and Antonio Davis also recorded a pin about three and a half minutes into his match at heavyweight.

"It was good to see all of us fighting and cheering as a team tonight," Lankow said. "We have a lot of talent on this team and I'm excited to see what we can do in this second half of the season."

There are 12 seniors on the team and Lankow said all of them want to leave the program on a high note — they want to make a run in sections to try and reach state as a team and as individuals.

The Wolfpack had a handful of wrestlers at state last year for the individual tournament and many of them, including Lankow, are using their experiences to help other wrestlers on the team reach the state tournament this season.

"All of these wrestlers have a goal in mind and that's to reach state as a team," Lankow said. "I think we learned a lot from these last couple of weeks at different duals and invitationals and we'll use it as we prepare for February."

The Wolfpack won't have much of a break during the upcoming winter break as they will travel across the state to compete in tournaments.

First, Park will head down to Rochester for the Minnesota Christmas Tournament, which takes place Friday and Saturday, Dec. 20-21. The matches will be at the Rochester University Center.

Then, the Wolfpack will head up to Rogers High School for the Rogers Holiday Mattness on Friday and Saturday, Dec. 27-28.

"These will be great opportunities to see how we compare with some strong teams in the state both individually and as a team," Lankow said. "We always look forward to wrestling in these tournaments throughout the season."