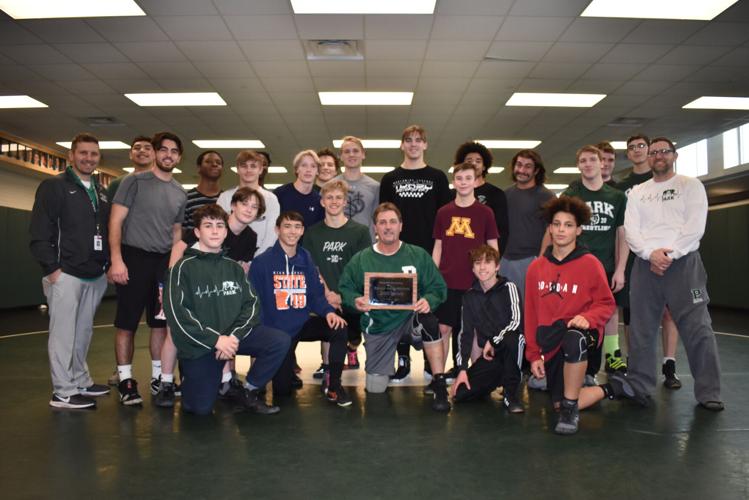 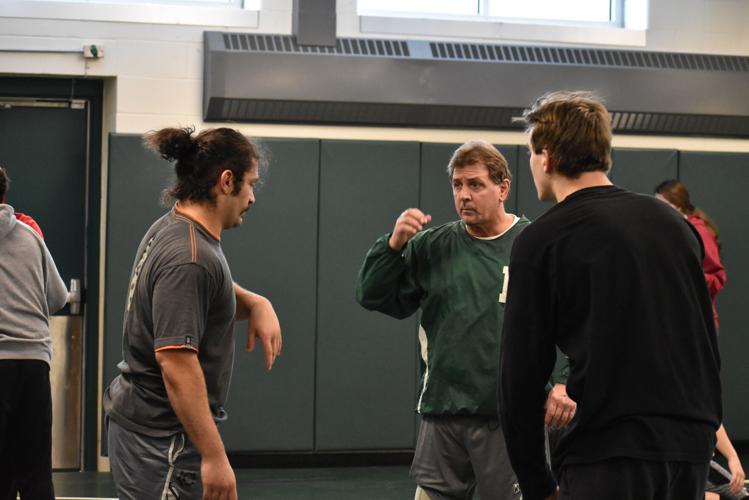 Jim LaBrosse struck a milestone as Park boys' wrestling head coach when he grabbed his 200th and 201st victories. The wins came after the team won against St. Thomas Academy and Minneapolis Edison in the St. Thomas Academy Tri on Jan. 28th.

"We're 14-1 since we beat Woodbury. Since the start of 2020 this team's been on a roll," LaBrosse said. "Obviously our good guys are doing well, but our guys that were having some issues earlier in the year have really come out strong. Sam Ruiz, Zeke Brown and Reese Lanegran have made huge improvements since the beginning of the year."

He admitted that he wasn't aware of the achievement until afterwards when one of his assistant coach's told him about it. A special plaque was given to LaBrosse to commemorate the victories.

"It was nice to have the seniors present the plaque," he said. "It's kind of sinking in today that it's a big accomplishment, and there's been a lot of people, a lot of friends and parents of the program, that have helped me get through and continue to coach."

The night started off with a strong showing against Minneapolis Edison, with a final team score of 54-6 in a duel that was marked by forfeitures on Edison's side.

Park's Joey Chilton and Damian Mancacci got the ball rolling quickly with back to back pins in the 113- and 120-pound weight classes.

Braden Lettner kept it going when he pinned Jayson Yang in the 126-pound class.

Park was also in control in the following five out of ten matches, with only one going in favor of Edison. Four weight classes ended in double forfeiture.

The Wolfpack kept the winning streak into their second duel with St. Thomas Academy, which resulted in a final score of 51-18.

After some back and forth wins and losses in the middle six matches, the Wolfpack took back some control and shut out the Cadets in the latter six matches, earning them the second win.

Assistant coach Andy Spraetz said the most important part about LaBrosse's coaching style is his what he does for the kids.

"What does not show up on the score sheet is the great relationships he creates with his wrestlers," he said. "This can be seen every year with the number of former wrestlers who return to Park as coaches and volunteers, including current assistant coaches Pat Schilling and Collin LaBrosse."

"Working under coach LaBrosse has been fun. I used to come up here all the time in middle school to just see how the program was," Mullen said. "Just to get some exposure and see if it was something I really wanted to be a part of. It's been fun. He makes us work hard with all the conditioning."

"He's a good guy. He's helped me a lot in the off-season for wrestling nationals and stuff like that," Davis said.

Solomon Lankow said when he first entered the program as a freshman it was only his second year of wrestling. He admitted he wasn't very good at the beginning.

"For me personally, it's been really good to work with him because he's taken a very personal approach to the way he coaches," Lankow said. "He's helped me to reach, I'm now ranked number four, and that's something I don't think I would've had if I hadn't had him as a coach."

"I've known him (LaBrosse) for a long time," Johnson said. "He's a great coach. Like Solomon said, he takes it to a personal level, so anytime someone needs help he's there. He's always trying to make everyone the best wrestler they can be."