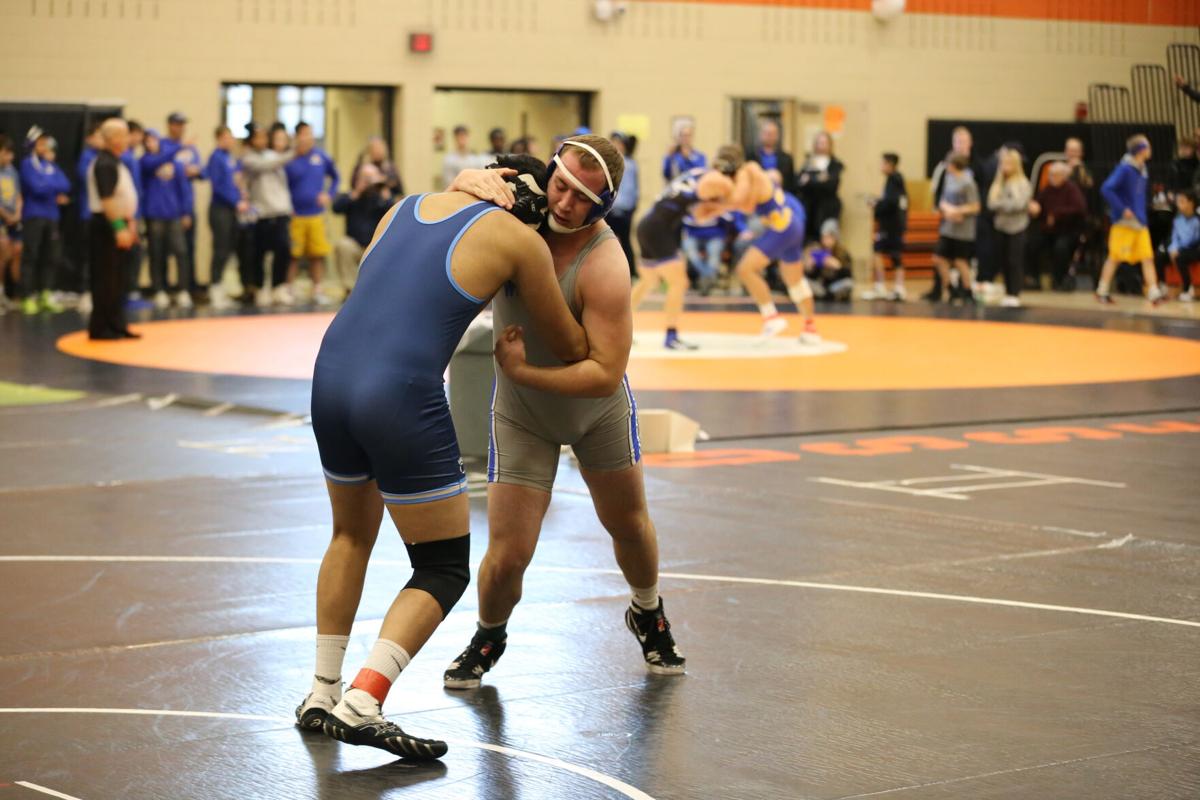 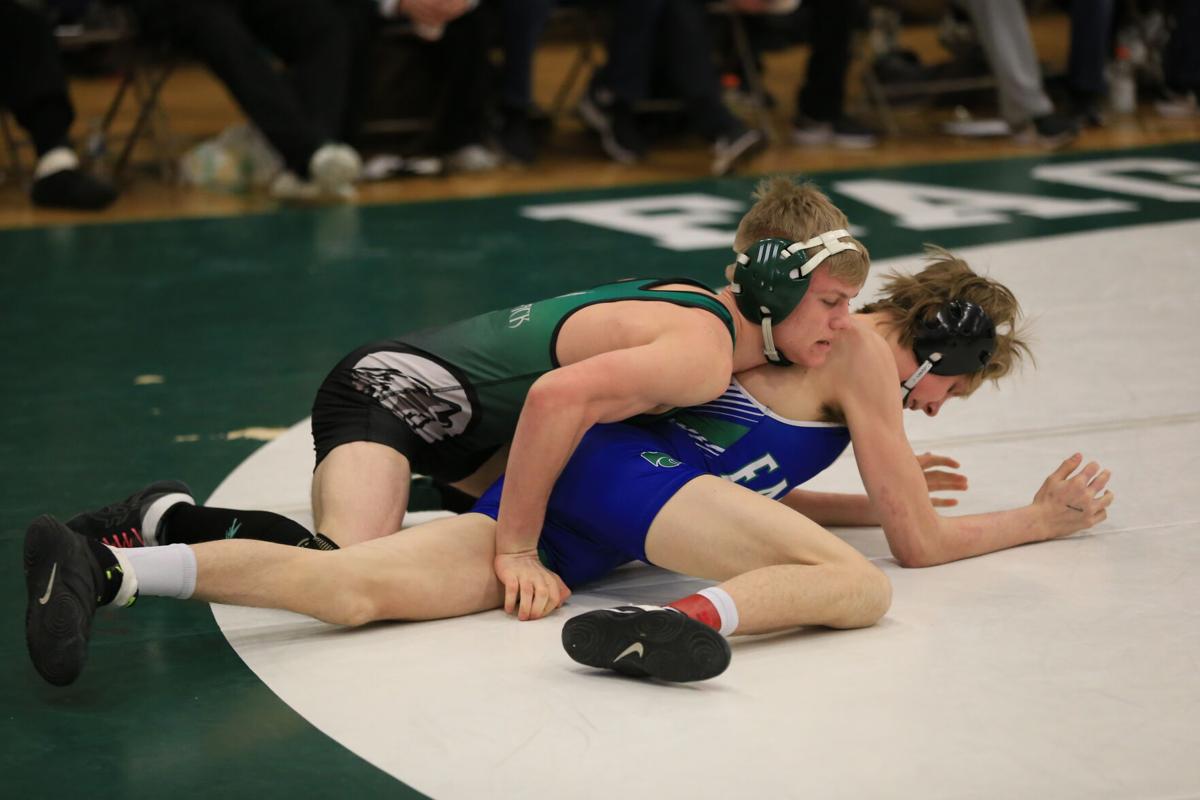 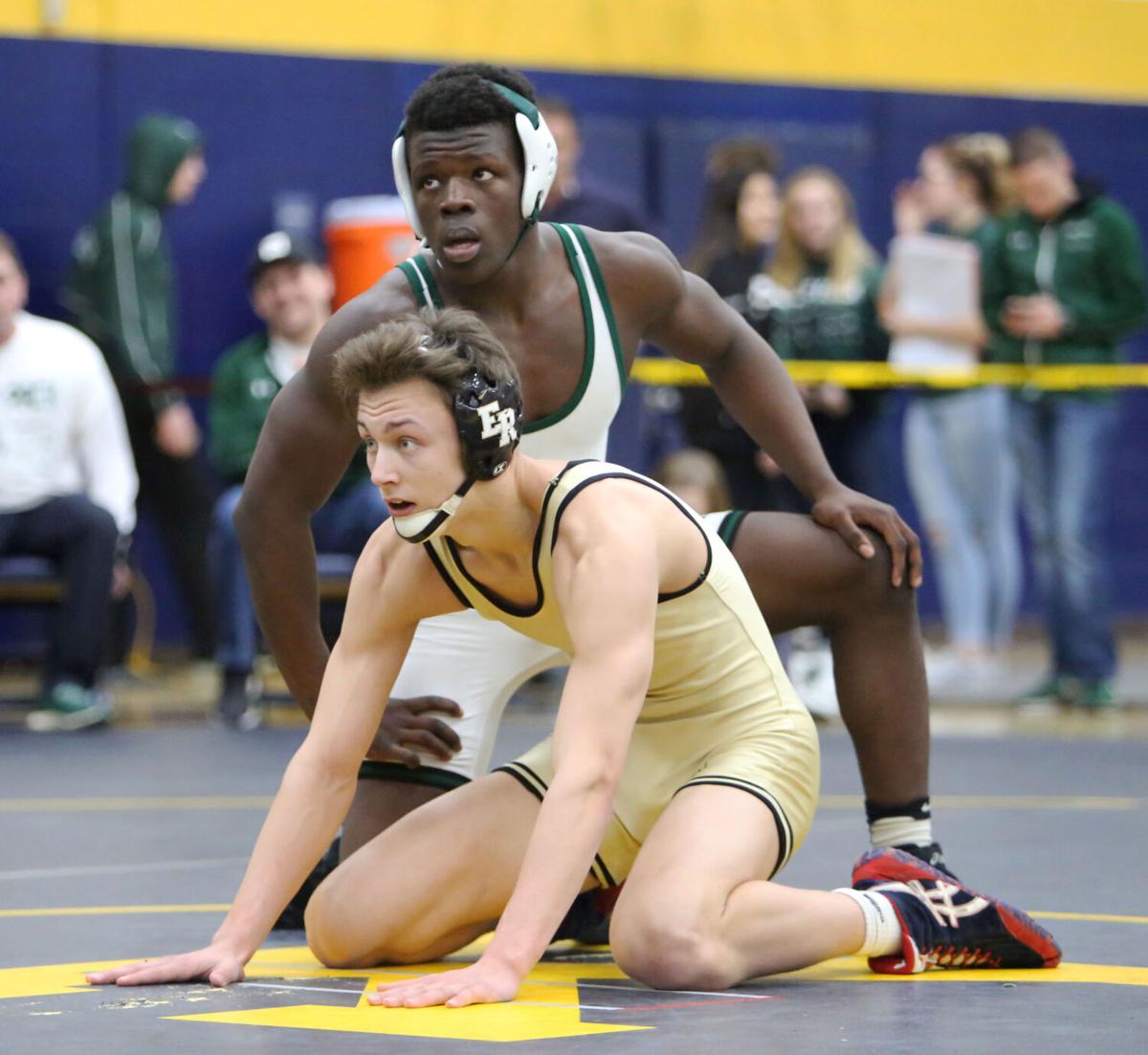 The wrestling mats have been cleaned and it's time for the 2019-20 wrestling season to begin for Park, Woodbury and East Ridge.

Each of these teams come into the year with a different story line, but all of them have certain goals they hope to reach to continue building the legacy of each program.

For Park and Woodbury, they have a lot of veteran experience coming back and their eyes are on a deep run during the winter season. On the other hand, East Ridge is rebuilding a new culture and mindset with a new coach and many new wrestlers this season.

The Wolfpack are starting the season ranked 14th as a team in Class AAA rankings, according to The Guillotine. That ranking has sparked a fire inside the wrestling room at Park because the team understands their potential for the upcoming winter season.

"These first couple of weeks have been going really well and a lot of the kids are picking up where they left off last season," said co-head coach Jim LaBrosse. "They are hungry after last season and want to push themselves even more this upcoming season."

The Park wrestling team had four wrestlers reach the state tournament last season and they have three wrestlers returning from state. Those three include Zachary Silvis, Solomon Lankow and Antonio Davis. The Wolfpack has a handful of veteran talent coming back and they're determined to make their senior year special.

The Wolfpack have four wrestlers ranked in the top 10 for each of their respective weight classes, according to The Guillotine. Silvis is ranked fourth in 113-pounds, while Lankow is ranked seventh in 145-pounds.

Krystiyan Mullen is sitting at 10th in 195-pounds, while Davis rounded out the team with a second-place ranking in 220-pounds. LaBrosse is looking at these four wrestlers to not only fight for a spot at state, but lead this team to reach big goals this season.

"This team has the capability to do some amazing things this year and we're going to turn some heads at duals and invitationals," Lankow said. "We're looked at as the underdogs and we like that because it drives us to be better each day."

Along with veterans, there was a lot of work done this off season to make sure the wrestlers were ready for the winter. The team focused on strength and conditioning quite a bit in the weight room and some of the Wolfpack wrestlers participated in national teams and tournaments.

Silvis, Lankow and Davis all participated in camps and teams nationally to compete against the best wrestlers and learn more about themselves as wrestlers.

"I was able to learn a lot from my experience and it made me focus more on conditioning and strength," Davis said. "I feel like I'm more prepared for this season after this off season."

The Wolfpack will start the season with an invitational on the weekend of Friday, Dec. 6, and Saturday, Dec. 7 at Park High School. The wrestlers and coaches are excited to see what happens this season with the amount of talent that comes into the wrestling room each day.

"We have a great mixture of older and younger wrestlers and the older ones have been doing a great job with teaching during the first couple of weeks," said head coach Justin Smith. "I'm looking forward to seeing what this season has in store because there's a lot of talent in the wrestling room."

Woodbury sent five wrestlers to the state tournament last season and three of them return for the 2019-20 season. Those three include: Brock Rinehart, Ahmed Abdelal and Mason Burrows.

The Royals are ranked 15th in the Class AAA team rankings, according to The Guillotine, and they also have three wrestlers ranked in their respective weight classes. Those three include: Alex Braun (ranked third) in 106-pounds, Rinehart (ranked third) in 160-pounds and Barrows (ranked sixth) in 220-pounds.

"The size of our team has grown quite a bit this season and there are a lot of new faces, which is fun to see," Barrows said. "We know what it takes to reach the state tournament and we want to make sure we help some of the younger wrestlers reach that potential too."

For Rinehart and Barrows, they agreed that they want to leave this program with a dominating season and that's what their focus is on each day at practice and during matches. They know what this team is capable of doing this season and they want to see that grow for a strong push at the section tournament.

For Smith, he wants the wrestlers to understand that this sport is more than just skills on the mat. It takes time in the weight room and wrestling room, but it also takes a healthy diet and a strong mental aspect to the sport.

Smith said he's trying to teach the wrestlers more about the mental side of wrestling and how that can benefit an individual during a match and especially during a long winter season.

"Mason and I have been doing this for a while and we know what the season is like with practices and duals," Rinehart said. "We want to make sure the younger wrestlers understand how to pace themselves during a long season like this, so they can reach their potential at sections and state."

The Royals already started their season last weekend in the Osseo Invitational and had a strong showing with a handful of wrestlers reaching top three in their respective weight classes. Now, the hope is that these finishes continue to develop during the season.

"This was a perfect opportunity at East Ridge and I'm so excited to be in this position," Deeds said. "I've been seeing a lot of great things to start this season and I can't wait to see it unfold throughout this year."

The 2018-19 season ended a mixture of emotions for the Raptors as the East Ridge team reached the state tournament for the first time in program history. Shortly after the state tournament, former head coach Matt Everson was terminated from his position and the majority of the starting lineup from last season transferred to Stillwater.

There were a few wrestlers that stayed at East Ridge because they wanted to change the culture of the program and Deeds is happy to see them taking leadership early on this season.

A couple of the leaders include senior Ethan Pittman and sophomore Sam Soderberg. The two of them are happy to see the amount of young talent in the wrestling room and they know that'll grow not only this year, but in future years too.

"There's been a lot of young wrestlers coming onto the team this year and I hope to teach them a little bit about varsity wrestling," Pittman said. "We're just taking it one day at a time and trying to get better each day."

Deeds said that he doesn't expect to fill every weight class during duals, but he's focused on teaching every wrestler the skills needed to become the best wrestler they can be this season.

The wrestlers understand it's going to be a process to get back to a state caliber team, but Deeds said each wrestler is ready for the challenge.

"It's been great working with coach Deeds this week because he really challenges you as a wrestler," Soderberg said. "He knows what you can do and he wants to see you reach that, so I'm looking forward to learning from him for the next couple of years."