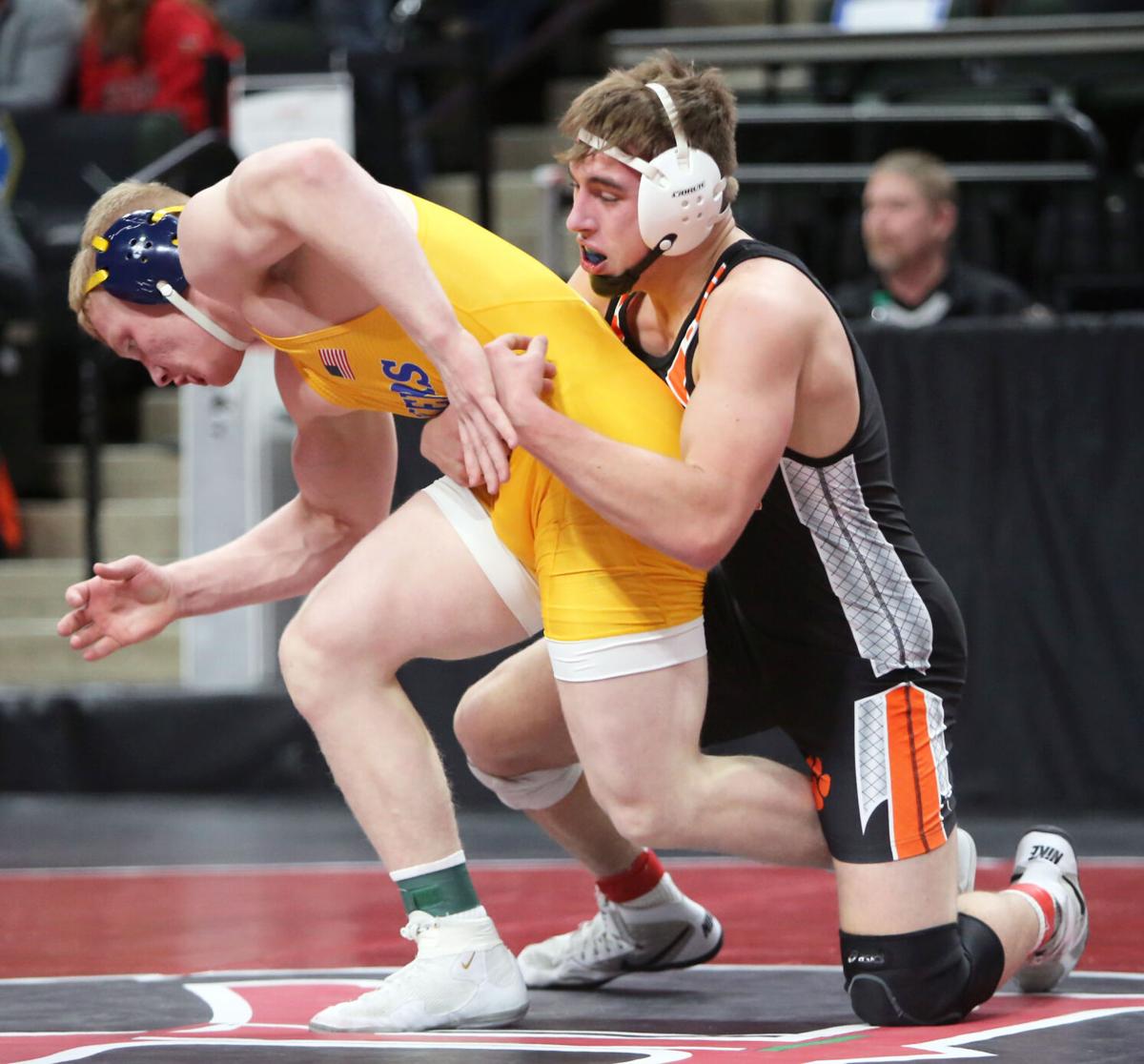 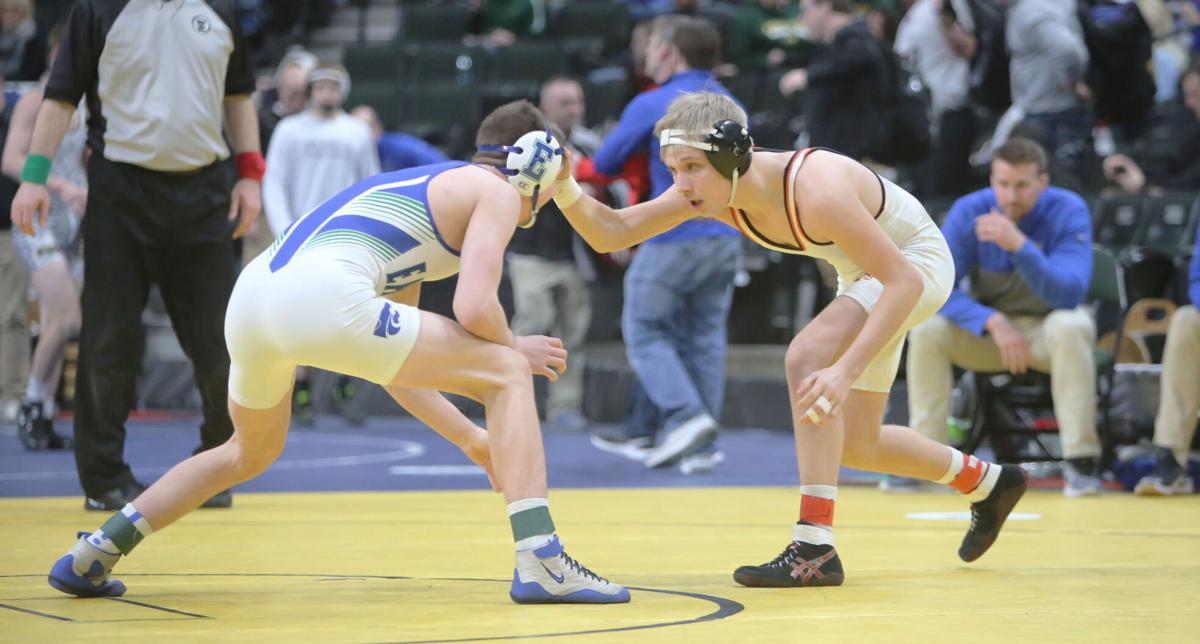 Farmington Tiger juniors Luke Peterson and MacAron Kukowski both found the podium last weekend at the state individual wrestling tournament at the Xcel Energy Center March 1-2. Peterson took fourth in his third trip to the Class AAA state tournament at 145 pounds while Kukowski finished sixth in his second time at state at 195. Also competing in their first trips to state were freshman Hunter Frost at 106, sophomore Austin Hamel at 152 and fellow sophomore Chase Vought at 160.

Heading into the state tournament, Peterson and Kukowski were able to give the other wrestlers some advice.

"They were all telling us how they were nervous and what not, and that's expected especially going there your first time and never wrestling there before," Peterson said. "And really we just told them that 'you're going to walk out there and you're going to be nervous and it's going to feel like the floor is shaking under you, but just to take a deep breath and remember why you wrestle, what's your purpose and we're just going out there to have fun. If you go out there to have fun and keep scoring points and just look at it as an experience right now and keep working hard you'll have a blast'."

Both Peterson and Kukowski had their own personal goals as repeat returners to the Xcel Energy Center.

"My goal was to win it all, I wanted to prove I was one of the est in the state," Kukowski said. "Didn't quite reach it but the goals is the same for next season."

"I've gone to state my ninth and tenth-grade year and I've always came up short placing so my goal this year was to make the podium and I got to achieve that goal so I was pretty happy with that," Peterson said.

With it being Kukowski's second state tournament, he said this time around he felt much more prepared.

Frost went 0-2 at 106 with losses to Reid Nelson of Forest Lake by a 12-4 major decision and to Brendan Howes of Anoka by fall in 1 minute, 43 seconds.

Peterson finished fourth at 145 after going 3-2 over the course of two days. He won his first two matches by a 7-6 decision over Owen Herbst of Buffalo and then a 5-2 decision against Scott Springer of Anoka. He lost in the semifinals to Cael Carlson of Willmar by fall in 3:05 before winning his consolation semifinal match against Ty Gage of Eagan by a 7-0 decision. In the third-place match he fell to Nick Dunagan of Mounds View by fall in 3:51.

Hamel was 0-2 at 152 with losses to Dylan Anderson of Apple Valley by fall in 1:30 and Tate Torgerson of Cambridge-Isanti bya a 7-1 decision.

Vought was 1-2 on day one at 170. He won his first match over Ethan Roux of Willmar by a 9-7 decision but then lost his quarterfinal match to Devin Roberts of Apple Valley by a 3-2 decision. In the first consolation round he lost to Tyler Raway of Forest Lake by a 9-6 decision.

Kukowski took sixth at 195 with a 2-3 record. He won his first two matches over Kris Kurtz of Mound-Westonka by fall in 1:13 and RJ Chakolis of Hopkins by an 8-4 decision. However, the then lost his next three matches to Calvin Sund of Prior Lake by fall in 5:33, Rowan Morgan of Mounds View by a 7-2 decision and to Peter Moen of Bemidji in the fifth-place match by Sudden Victory.

Peterson and Kukowski said their performances were a mixed bag over the two days.

"The first day I got off to a great start, dominated my first kid and then got another good win in my next match," Kukowski said. "I was feeling good and was just ready to wrestle. The second day I wrestled the eventual champion pretty tough until the end but my confidence wasn't where it needed to be. My next two kids were just more prepared than me and it showed."

Heading into the spring and summer, Peterson will play lacrosse and then participate in the football team's weight-lifting program hoping to add muscle while also doing some summer wrestling. Kukowski said he most needs to improve on the mental side and wrestles year round. This summer he will continue training and then participate in the qualifiers to try and make Team USA for the Pan-American Championships and World Championships.