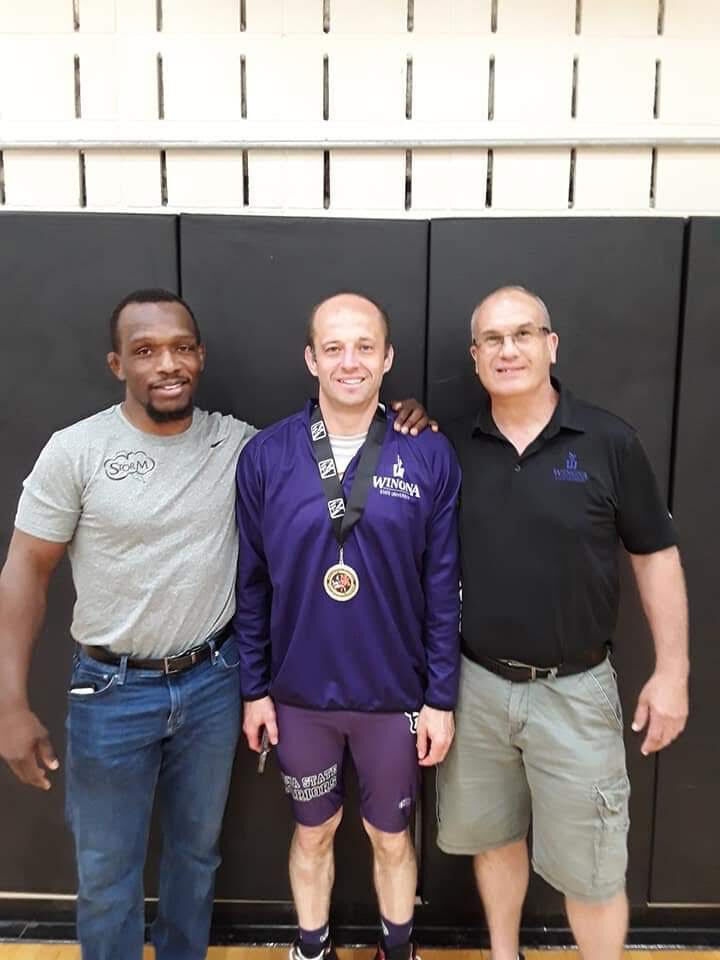 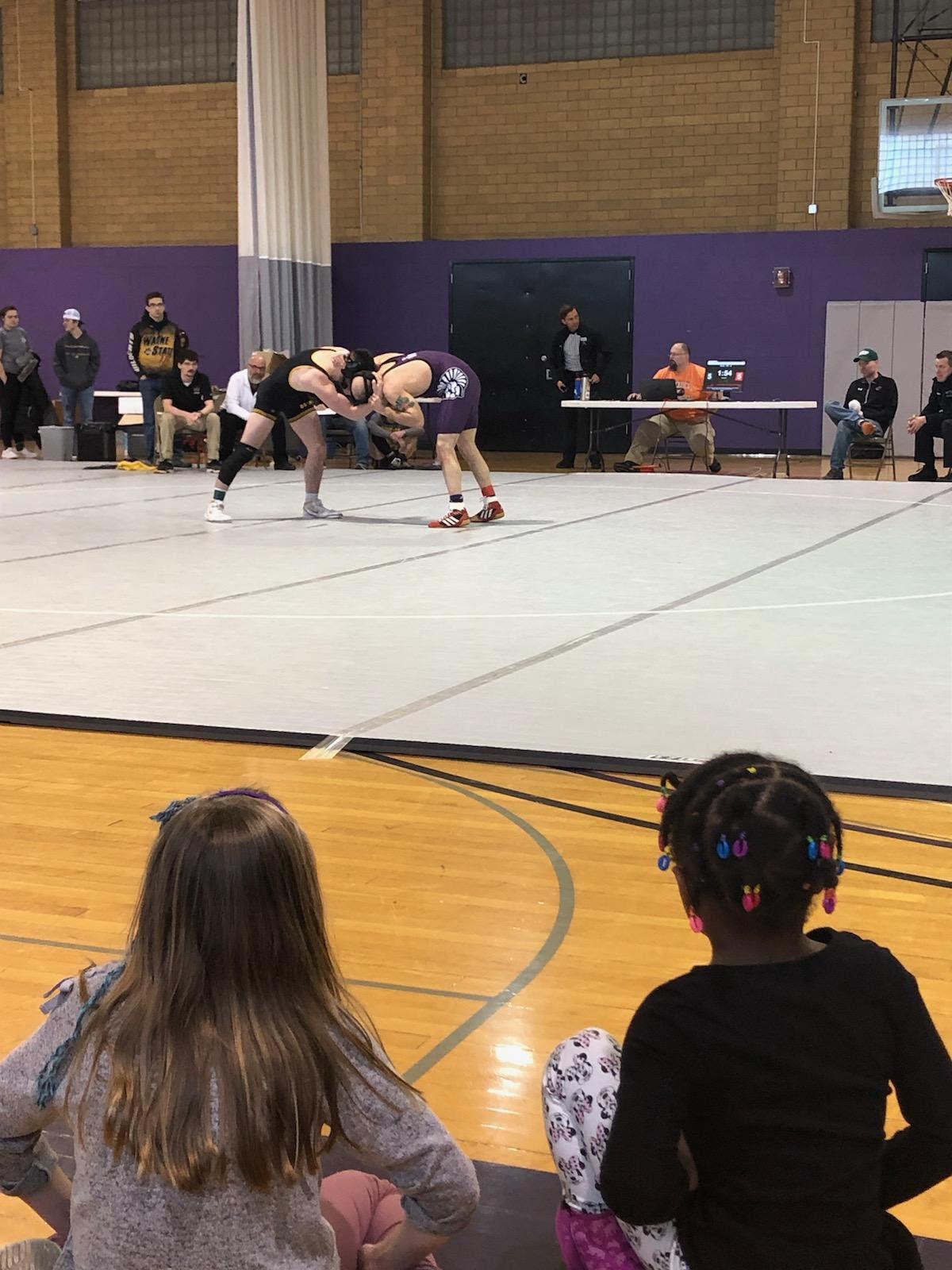 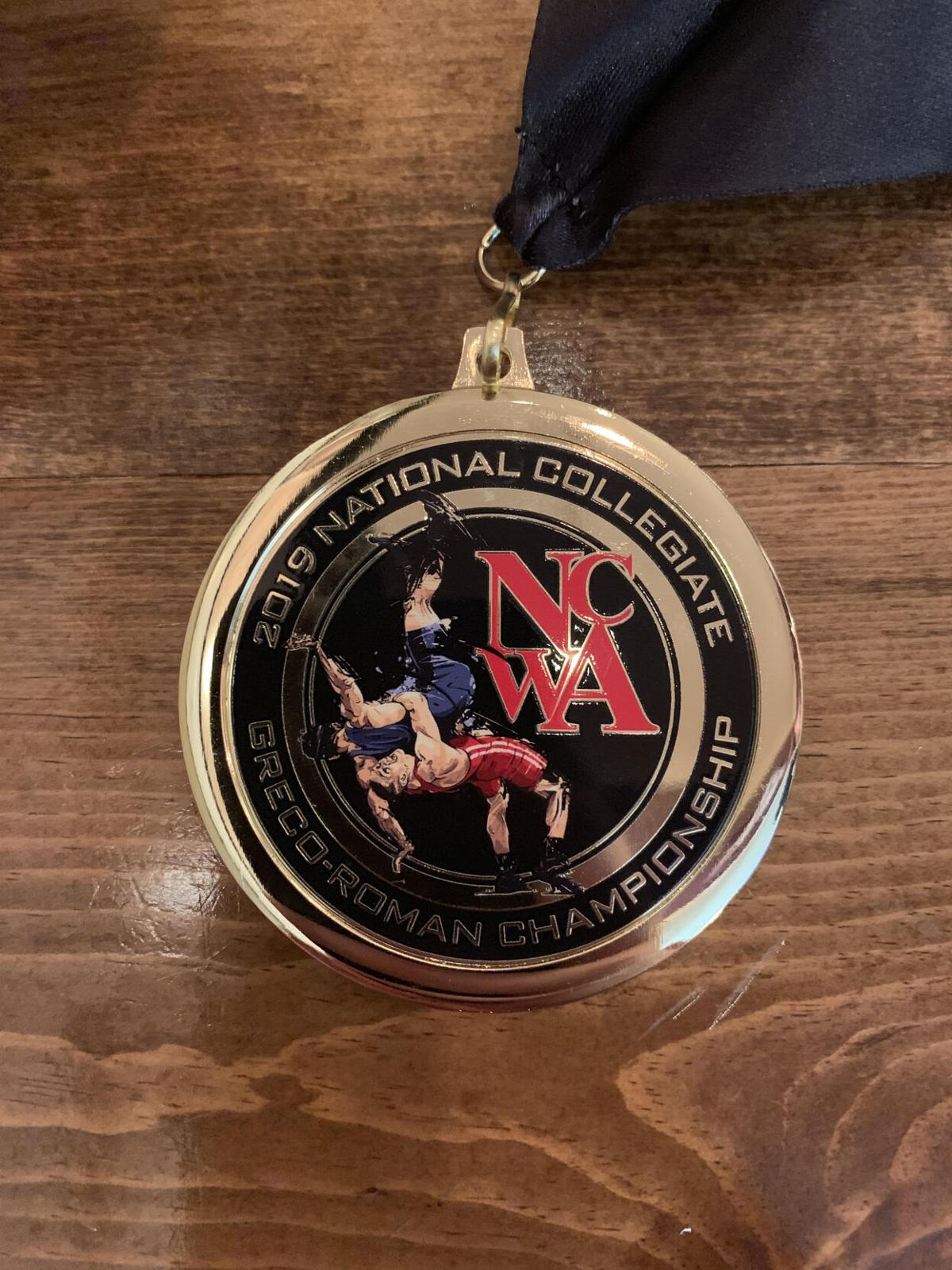 Eric Goodman battled concussions for close to a decade, and finishing his collegiate wrestling career was becoming less and less plausible. But it was a different sport that changed that forever.

Goodman, a 40-year-old living in River Falls, went back to school at Winona State University for his last two years of folkstyle wrestling eligibility. He wrestled for two years in college right away, but after starting his career as a teacher and starting a family with his wife he needed to stop wrestling.

But as a 30-year-old in 2010 something would seemingly destroy all hope of coming back.

Goodman suffered severe brain damage after a car accident. He still tried to work out afterward, but he couldn't run and it was difficult to lift weights. Doctors told him he had post-concussion syndrome.

"I had seen neurologists, psychiatrists, psychologists, neuropsychologists, like any possible doctor you can imagine," Goodman said. "Eventually they just got to the point of saying this is the new normal."

In his mid-30s, Goodman was still feeling the effects of post-concussion syndrome, while working a mentally demanding job as a teacher rotating between five different schools. He switched his job later that year, however, to Minnesota Virtual High School.

With some time freed up, Goodman began to work out again. He still couldn't run, but after a lot of work, it became relatively normal to lift weights. His main goal was to wrestle again because he didn't feel like he accomplished everything he wanted to in college.

Despite knowing that he wasn't quite ready, he began his comeback by wrestling some MMA guys. Five minutes in he knew he had another concussion. He tried again a month later and the symptoms came back again.

"I can't do this, like, I have got to figure something out," Goodman said. "I can't wrestle."

After about ten years of dealing with post-concussion syndrome and multiple failed comebacks, Goodman was ready to accept that he was done.

A hockey game changed that.

In the spring of 2017, Goodman was invited to a Minnesota state hockey tournament game by his brother. Goodman went and took his daughter with him.

"That was the best decision I've ever made in my life," Goodman said.

During the tournament, there was an adjacent hockey trade show where vendors sold different hockey related products and services. There, he found a group called Johnson Spinal Care Doctors. These doctors were part of the National Upper Cervical Chiropractic Association.

Goodman found a doctor near Woodbury, and he went in to have work done. After some x-rays, the doctor did some adjustments on the top plate of his spinal cord in his neck and the next day he felt like everything was clear. He woke up without a headache, which was unusual, and he didn't remember what it was like to feel fully cleared up in his head.

He began seeing the doctor for a few months and then during the summer of 2017, he went down to wrestle with his coach at Winona State.

"I was really nervous about it," Goodman said. "I got more and more used to it."

In September, however, a scary moment occurred when he bumped his head on his car and got another concussion.

He was able to shake that concussion quickly and that was his last one to date.

He joined the Winona State wrestling team with two years of eligibility left, but there was still a long way to go. He had wrestled in the 157-pound weight class earlier in his collegiate career, but since he wasn't able to work out for a long time and he couldn't run for years it was hard for Goodman to get acclimated and he wasn't fully in shape yet. Because of this, Goodman lost his first match in his return.

He worked hard and was able to wrestle at 165 pounds for the Winona State Invite in February of 2018. He finished second among five wrestlers at his weight class.

After that he went to Wayne, Neb., to wrestle in the conference tournament, but in his second match, he tore his bicep.

He had surgery to repair the injury, and his new goal was to make it to club wrestling nationals. The bicep injury was tough for Goodman because he had been recovering from something for almost a decade. Now he had to recover again.

His season was over, but in the summer he began training and wrestling with Apple Valley, one of the top high school teams in Minnesota.

Wrestling against the Apple Valley high schoolers was tough, and Goodman endured some shoulder pain that he attributes to rust.

He wrestled the full folkstyle season with a few highlights. He lost more than he won, but he was able to shed some weight and wrestle at 157, he took a national qualifier to double overtime and he was running and training again.

Despite this, it was still a tough process.

"Folkstyle wrestling is very hard on your body," Goodman said. "I was just having a really hard time getting back into it."

Goodman wrestled at the Winona State Invite for the second year in a row, but he had to cut a lot of weight.

Goodman lost his first two matches of the tournament, but then got the opportunity to face a wrestler ranked in the top 20 in the nation, according to the National Collegiate Wrestling Association (NCWA). He ended up giving the guy a good fight, but since he had no energy from the weight cutting he ended up losing thanks to a tough third period.

This season, the conference tournament was in Ohio and his big goal in his last season of eligibility was to make it to nationals.

He lost his first two matches of that tournament which squashed any hopes of making nationals.

This was demoralizing for Goodman because not only had he worked so hard to get back, but he also spent a lot of money going back to school to pursue his dream, a tough thing for a family with two kids to support.

He was sad about not going to Nationals until the day before it started.

A rainstorm plus snow on the ground added up to Goodman and his family's basement flooding. Had he been at nationals, he wouldn't have been there to stop the water from ruining everything in the basement.

He and his family spent hours saving their basement from complete ruin, but had he not been there, they probably wouldn't have been able to save it.

"I would've lost my basement. It would've been so hard on my wife and kids. It still was... But I'm so glad I was there for it." Goodman said.

There are many differences between folkstyle and Greco in what you're allowed to do, what body parts you can and can't use, and all of that made it a less physically stressful style of wrestling.

It was less stressful, but Goodman had little to no training in that area.

So Goodman was able to practice with the Minnesota Storm senior Greco team. The wrestlers on this team were competing for the Olympics, so it was a huge step up for Goodman who went from club wrestling to Olympic training in the competition he faced.

He practiced with them for two days a week during April and May.

"The downside of practicing with the Minnesota Storm was I was getting killed every day," Goodman said. "I had almost no success when we were actually wrestling live."

After his training with the Minnesota Storm, he started his Greco season. He went down to Dallas to compete in a tournament and in his first match he was able to put his opponent in a headlock and pin him. His opponent was a national qualifier.

He won his second match by injury default and then his third match of the tournament was the championship.

"I never hit any headlocks or an arm throws in my practices at all," Goodman said. "What I learned was that I must've learned a lot working with [those guys]."

From his first two years wrestling to starting a family, to years of brain trauma after a horrible car accident, to disappointing seasons, to champion.

Goodman has had to deal with all kinds of setbacks in his quest to wrestle again. It felt good to have a tournament win.

"I hadn't dominated at a tournament since I was a little kid," Goodman said. "That felt really good."