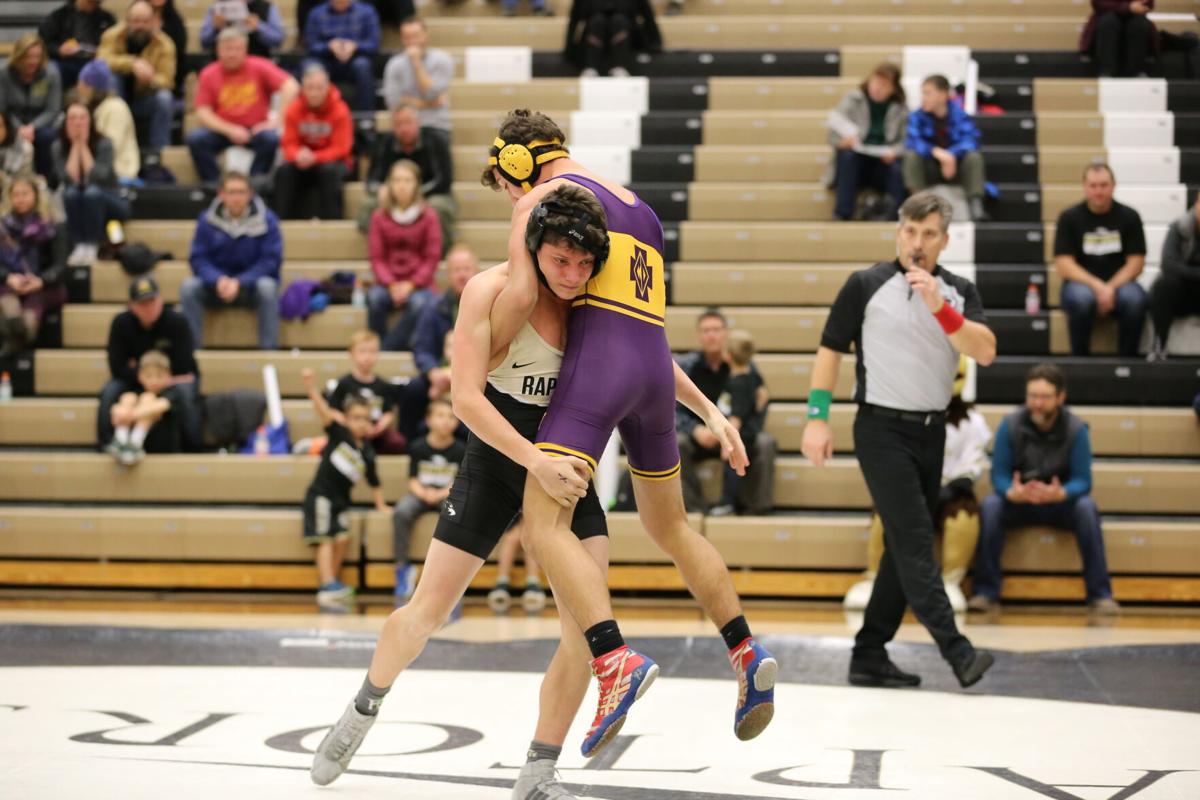 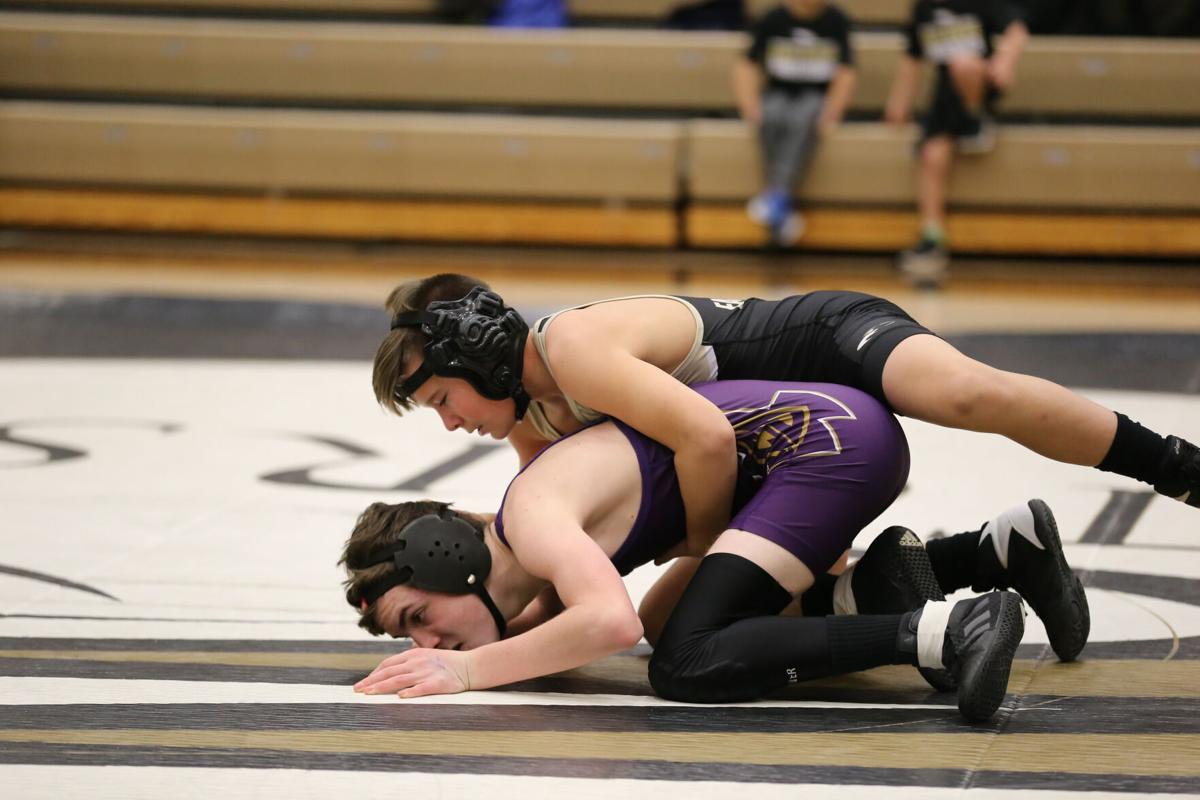 It was a back-and-forth dual between Cretin-Derham Hall and East Ridge on Thursday as the Raptors celebrated its two seniors on the team.

Both teams had momentum shifts with pins, forfeits and strong matches throughout the three periods. Ultimately, the Raiders finished on top with a 45-39 win over the Raptors.

"It's tough to earn team points when you have to forfeit certain weight classes because it kills momentum and obviously puts six points on the board for them," said East Ridge head coach Quinn Deeds. "I'm proud of the team for their fight throughout the night and we saw some great finishes by these wrestlers."

Deeds said he knew that forfeits were going to happen this season because of the number of wrestlers on this year's team. Besides the team score, he was looking for improvement and growth from the wrestlers and that's what he's seen all season.

There were a handful of wrestlers that showed off their skills and growth as they earned team points for the Raptors.

Seventh grader Hayden Christianson had his first varsity match at 106 pounds. He faced off against a much bigger opponent, but Christianson stayed in the match and made it a fight. He lost, but it allowed Deeds to see the growth from just a couple weeks ago.

Johnny LaCore and Darwin Paiz both had strong nights as they pinned their opponents in the first period, while Riley Kane recorded his pin in the second period for the Raptors. Parker Muth had a quick night as he head locked the Raider wrestler in 12 seconds to earn a pin for East Ridge.

"The excitement I get with a dual is seeing these wrestlers try a new move during their match or perfecting their move they've done over and over again," Deeds said. "When you see the excitement they have after perfecting a move or technique, it's amazing to see as a coach."

This was the last dual before winter break for the Raptors and Deeds is ready for the second half of the season. Deeds said the coaching style doesn't change, but the intensity will begin to grow.

There are a handful of wrestlers that Deeds wants to see at the state tournament. He's determined to make sure they're wrestling their best in February at the section tournament.

"The first part of the season is understanding the basics and getting to know the technical side of wrestling," Deeds said. "In the second half, we want to perfect skills and moves to make sure they're fully prepared to make that run to state."

Deeds said he's impressed with this group of wrestlers because they continue to take feedback from the coaches at practice and in matches and improve. He wants to see growth with each week and he's been able to see that each day in the wrestling room.

Deeds said he appreciates the help from the two seniors on the team, Ethan Pittman and Zach LaCore, because they help the younger wrestlers. He's going to miss the two seniors next year, but he's also excited to have the majority of the team coming back for another season.

"Ethan and Zach have really helped shape this team and program, and I can't thank them enough for their help throughout the season," Deeds said. "It's always hard having a new head coach and these two have made this transition so easy. It'll be nice to continue teaching these wrestlers after this year is done as we continue building this program for years to come."

First, Deeds said he's focused on the second half of the season and making sure the current roster has an opportunity to wrestle at the state tournament.

The Raptors will have the winter break off as their next competition will be Thursday, Jan. 2, at Hastings High School for a quadrangular with Hudson, Tri-City United and Hastings.