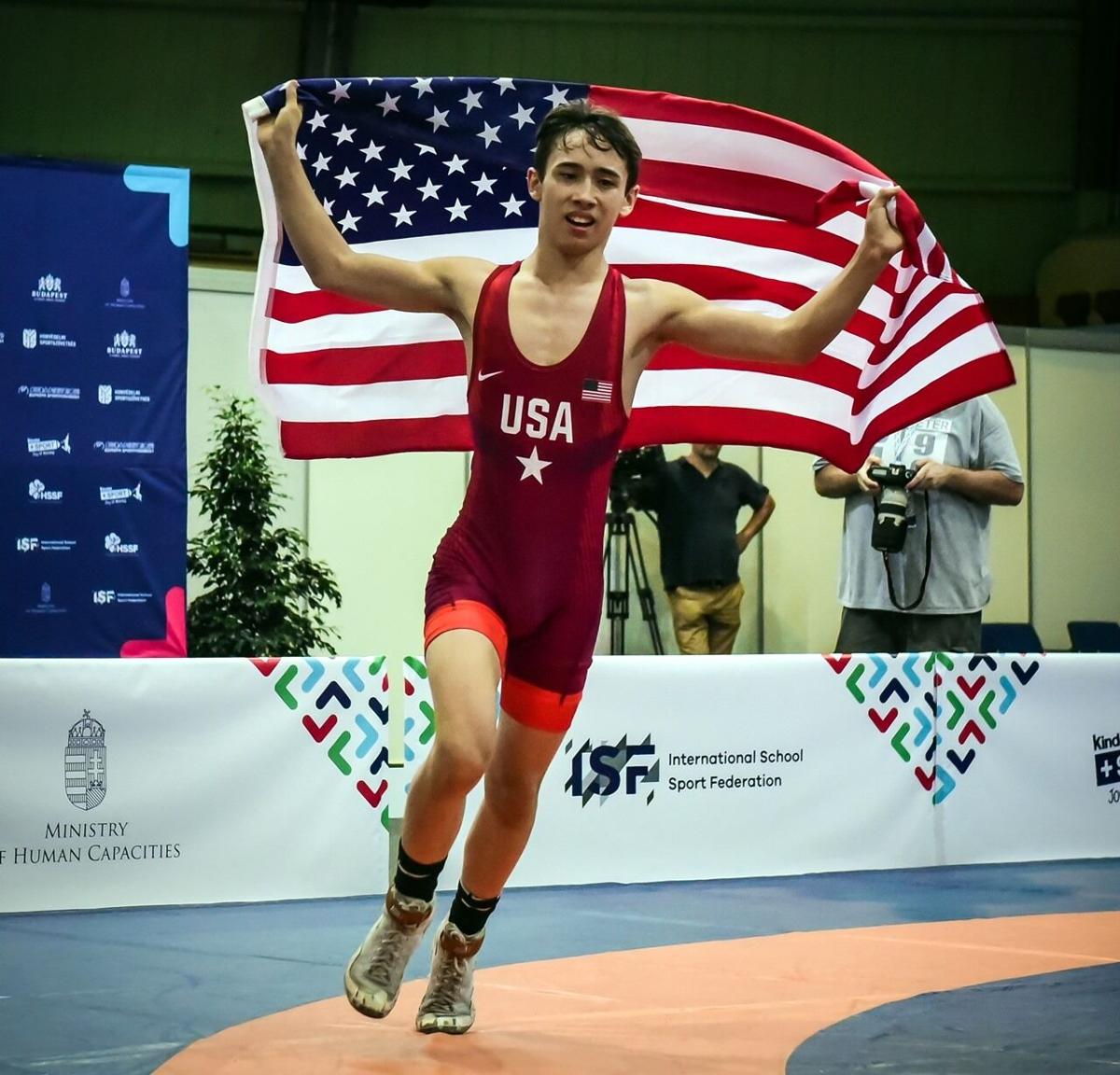 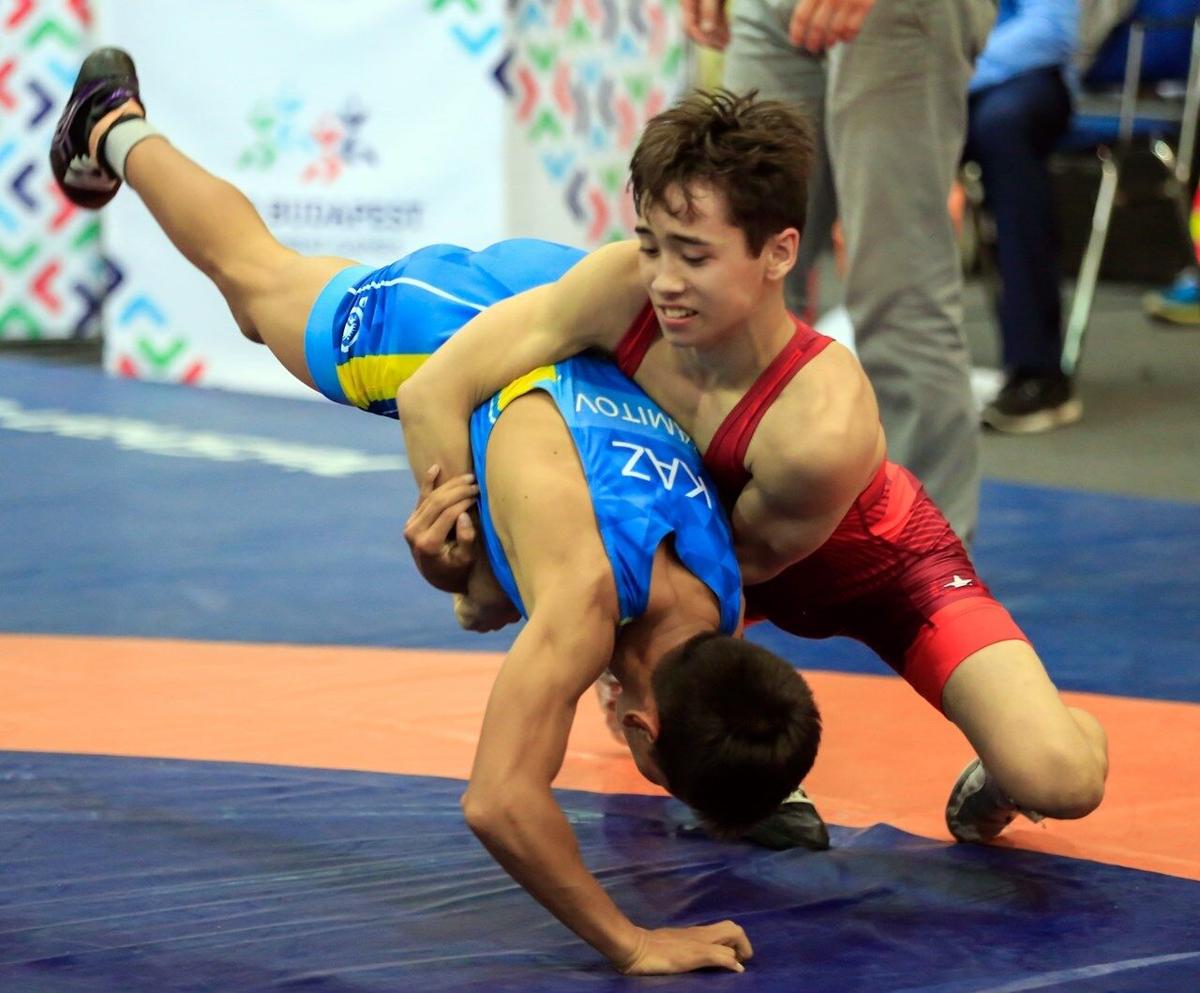 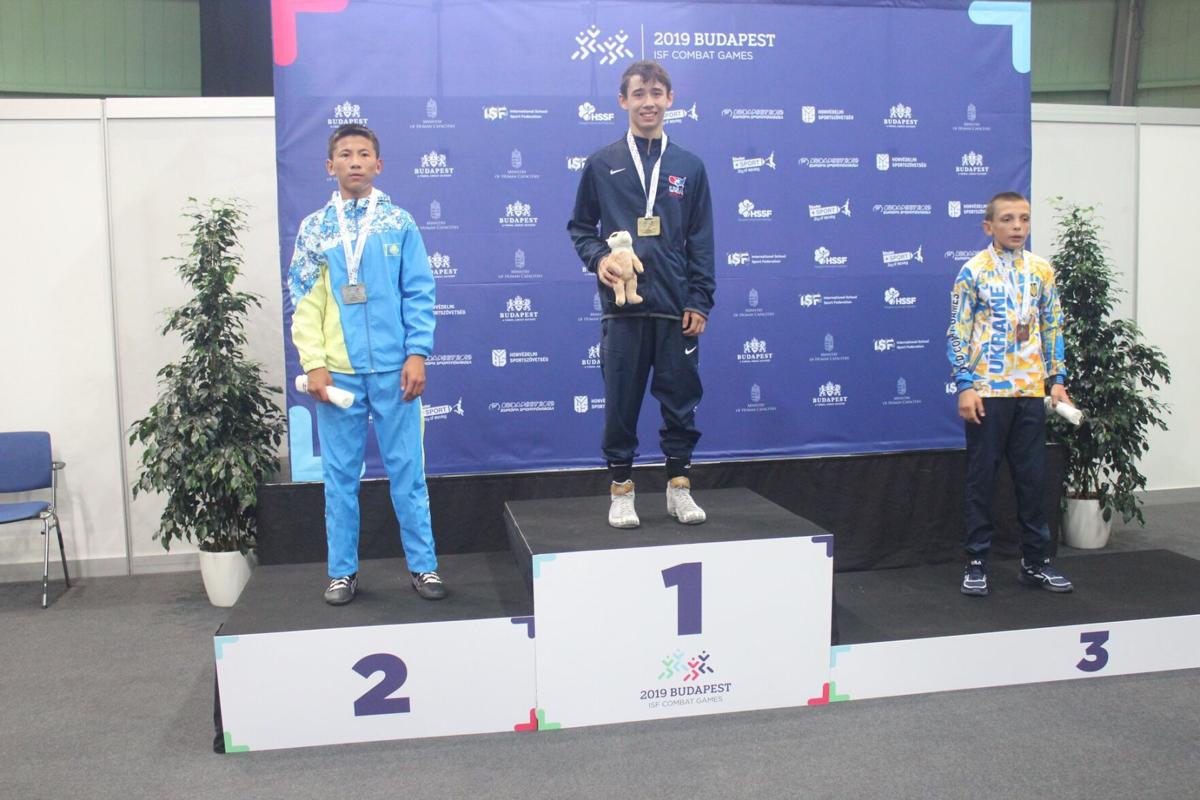 Zach Silvis isn't a fan of showing excitement after winning a wrestling match.

The majority of the time he's calm, cool and collected.

Once Silvis won the gold medal match at the U15 World Championships in Budapest, Hungary, on June 19, he had a different reaction.

He used both of his hands to fist pump, shouting his excitement on winning the gold medal for Team USA. After shaking hands with his opponent, he grabbed the American flag from his coaches and ran around the mat.

Silvis was presented a gold medal after his match and, now, that medal is hung in his room where he's able to see it daily.

That trip to Budapest and the gold medal he won for Team USA will be a moment he'll never forget.

"It was a great trip to wrestle the best wrestlers in the world," Silvis said. "I had a great time over there and learned a lot for the next high school season."

After qualifying at the trials for Team USA, Silvis and 26 other wrestlers from the United States came to Budapest to compete in the women's and men's freestyle as well as men's greco. Silvis qualified for the 44-kilogram greco weight class.

The team left for Budapest on June 15, and Silvis said it was a long flight due to the fact that he couldn't eat anything. He was trying to cut weight before his matches, so he decided to sleep instead. It was the most weight he had to cut in his wrestling career.

Team USA stayed in a hotel throughout the championships and Silvis said he didn't do much sightseeing before his matches because he was focused on the task at hand. Once he went into the arena for the championships, he realized the atmosphere was going to be different.

Silvis described the arena as a place with two mats and the size of Park High School's gym. There was no air conditioning, so it was really hot for the wrestlers and fans including Silvis' family who made the trip.

"There were 10 countries that competed and it was fun to see the different cultures," Silvis said.

Many of these wrestlers from other countries train year-round on one particular event where Silvis is learning all three styles at different parts of the year. Silvis was nervous once he reached the mat for his first match, but he also felt ready and prepared.

The championships start with random draws in round robin and the top two wrestlers from the top and bottom group meet together for a final four showdown.

In Silvis' first match, his opponent was from Spain and won 8-0 in a technical fall.

"That first round boosted my confidence because it seemed like I could make a deep run in this class," Silvis said. "Then, I was faced with a tough match in the second round."

The second-round match was against a Kazakhstan wrestler and Silvis wasn't ready. He had trouble getting in a rhythm and lost 11-2 in a technical fall.

Since he went 1-1 in the round robin, he was second in one of the sections and advanced to the final four grouping. He was focused on winning that first match because he didn't want to wrestle for a bronze medal.

He wanted to wrestle for gold.

In that final four match, Silvis faced off against a Ukraine wrestler and won the match by a takedown with a couple seconds left in the match. It was a close margin, but Silvis was advancing to the finals in a rematch against the Kazakhstan wrestler.

He took some advice from the Team USA greco coaches with immediate results. Silvis started scoring some points in the first minute and relied on his coaches' advice to stay away from his opponent's attacks.

The match became more aggressive as his opponent started trying to score at any possible moment. Silvis took advantage of his frustrations and it led to him winning the finals match with an 11-3 technical fall victory.

Silvis was a gold medalist.

"I'm not an emotional person on the mat, but when I won gold it was a different feeling," Silvis said. "I used both arms to fist pump and I was excited to win it for my country."

Once Silvis won his medal, his family decided to go sightseeing with him throughout Budapest including Dracula's Prison Cave where Count Dracula lived for a number of years. Silvis had a great time seeing the different sights and cultures of Budapest and was even happier spending that time with his family.

Silvis and his family received quite a bit of help with funding his trip to Budapest and if it weren't for individuals and companies providing funds, he wasn't sure if he would've been able to wrestle. Those individuals and companies include: the Park Wrestling Booster Club, American Legion Post 98, Cottage Grove VFW, MN/USA Wrestling, Triage Wellness Institute, Pinnacle Wrestling Club, Park Place Sports Bar, Hy-Vee and Cub Foods along with countless family, friends and co-workers.

Since coming back to Cottage Grove after the championships, many community members have congratulated him on his achievements and can't wait to see him wrestle for Park next winter. Silvis learned one main thing during his time in Budapest and that's the fact he needs to train harder than ever before to defeat not only his opponents at worlds, but also his opponents in high school.

His goal is to win a state championship and help Park reach the state tournament as a team, but that can only happen if he continues to work hard in strength and conditioning each and every day.

For now, Silvis is going to enjoy seeing that gold medal in his room and he's looking forward to going back to worlds in the future because it was an experience he'll never forget.

"This trip to Budapest is one I'll never forget," Silvis said. "It was more than I thought and I can't wait to continue wrestling in the future."