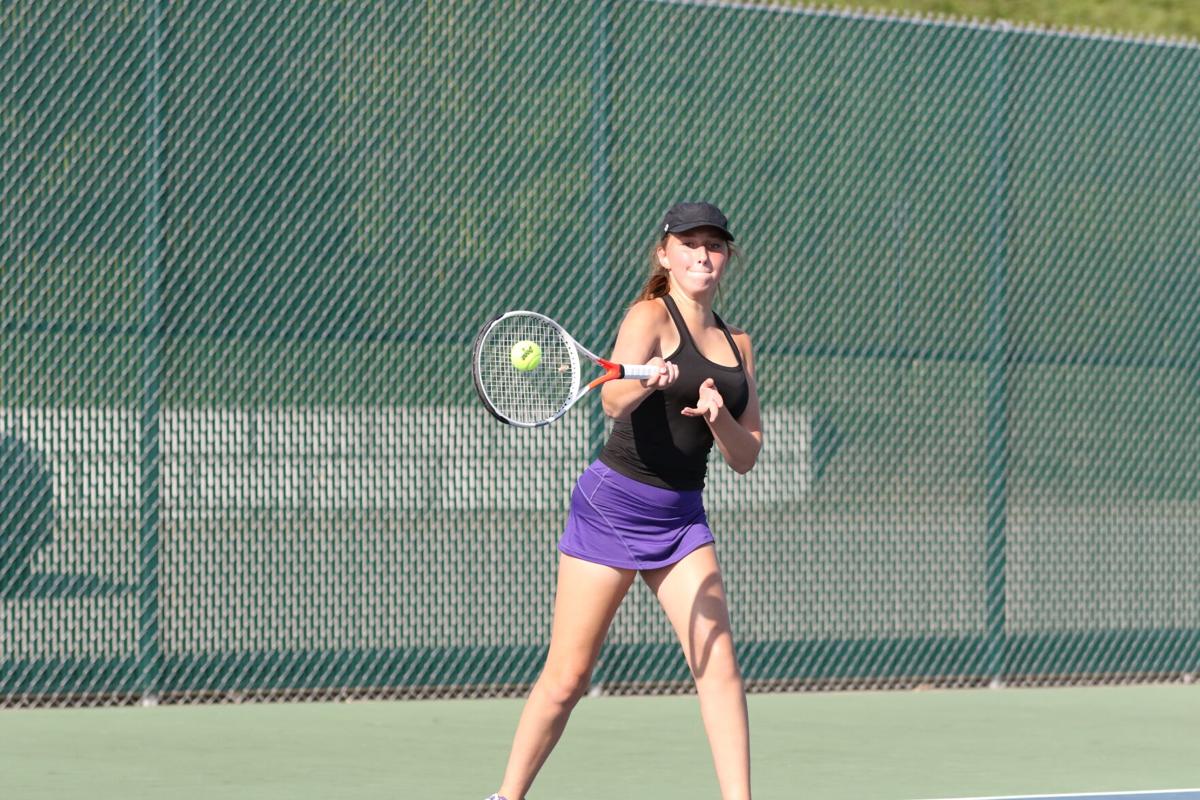 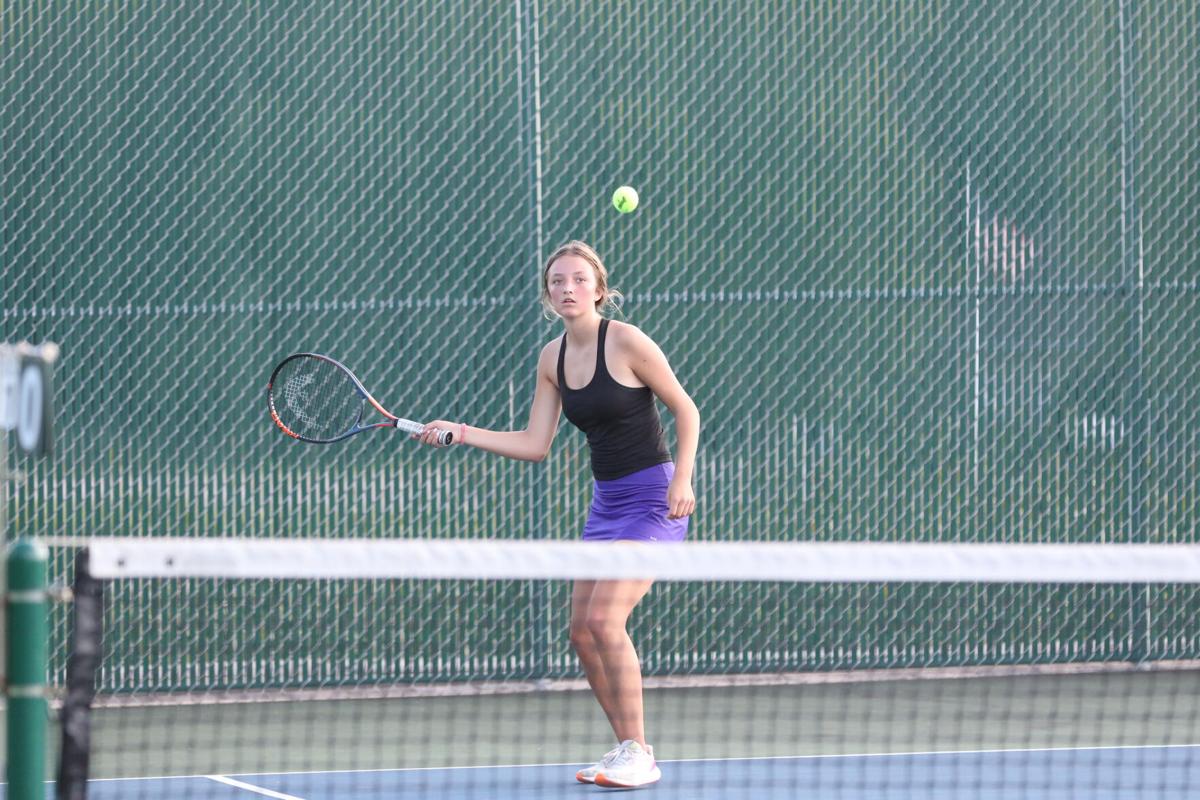 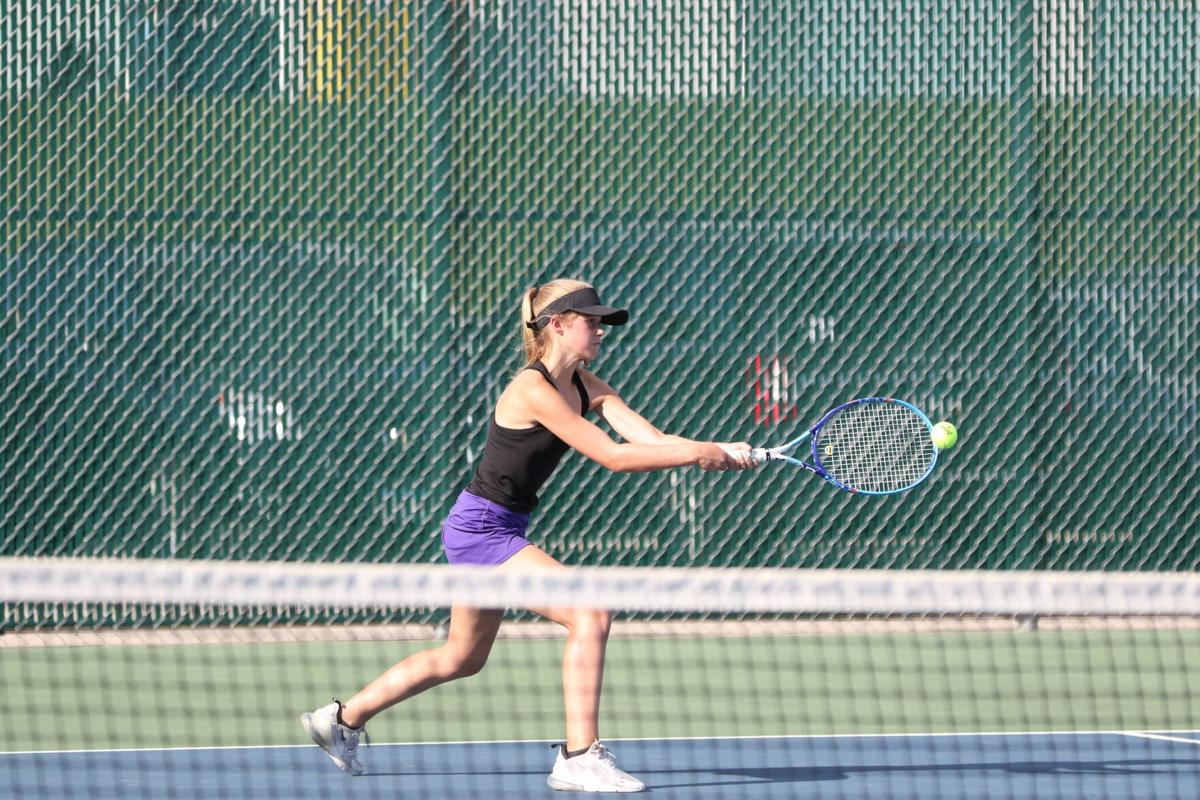 Abby Schmaltz goes to her backhand during a singles match against Northfield on Tuesday, Aug. 31. Martin Schlegel / O'Rourke Media

Abby Schmaltz goes to her backhand during a singles match against Northfield on Tuesday, Aug. 31. Martin Schlegel / O'Rourke Media

Just a week into the season, the Red Wing girls’ tennis team has already shown progress. The final scores may not indicate such, but head coach Tom Gillman has seen the players quickly adapting.

The team is young, as evident by the underclassmen in the lineup. Nine players sophomore and younger have played in the first few matches. Given that, Gillman has allowed for 14 total players to play at some point in the first week.

“We've tried to keep our environment fluid between varsity and JV so that we can get a lot of people opportunities,” Gillman said. “We've kept our lineup kind of fluid too in doubles.”

“The singles lineup I really like,” Gillman said. “They have not only really good potential this year, they have good potential for the future. It sets the stage for good things to happen.”

By playing so many, Gillman hopes to lay the foundation for not just tennis skills but match skills as well.

“We're really pushing the girls to be smart, mental players and learn strategy,” Gillman said. “We showed some growth in the match court. I think singles have been a little ahead of doubles. It takes time. We're developing our game, developing our match approach. So it's really just foundation time.”

Gillman recognizes at times it might be an overload of information. He wants to make sure whoever is playing, that they remain confident in themselves and apply adjustments from practice into what they are doing in a match. He wants the players to see their opponents as humans too.

“I want them to realize that if they make small adjustments, they'll be surprised how competitive they can be,” Gillman said.

As the season progresses, Gillman wants the players to see the value in fixing an error by themselves. He’s already started to see some of that not necessarily in wins, but in competitiveness and points within each set.