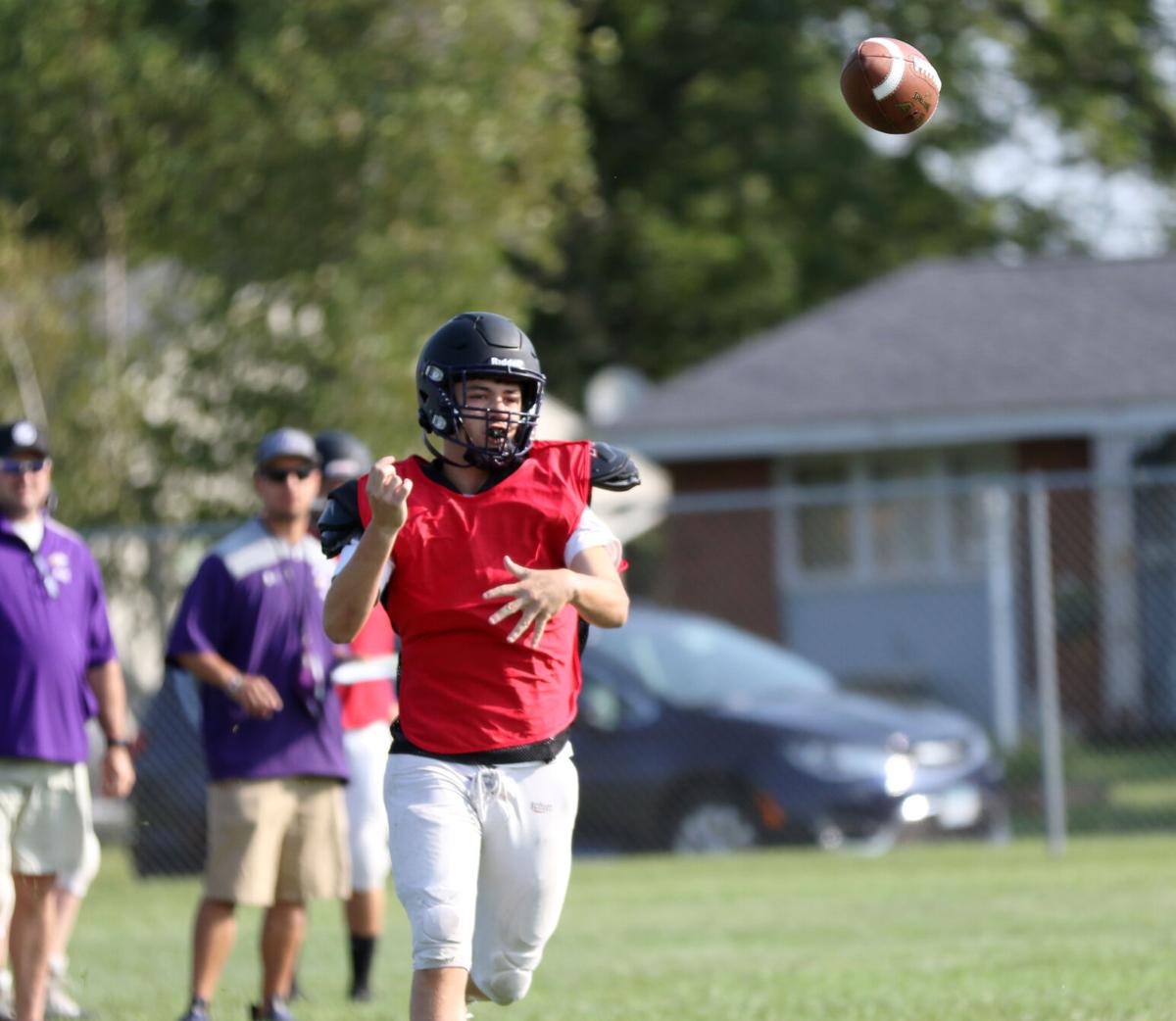 Red Wing's Cooper Chandler tosses a pass during a scrimmage. He was in competition for the starting quarterback spot with Abe Reinitz. Martin Schlegel / O'Rourke Media 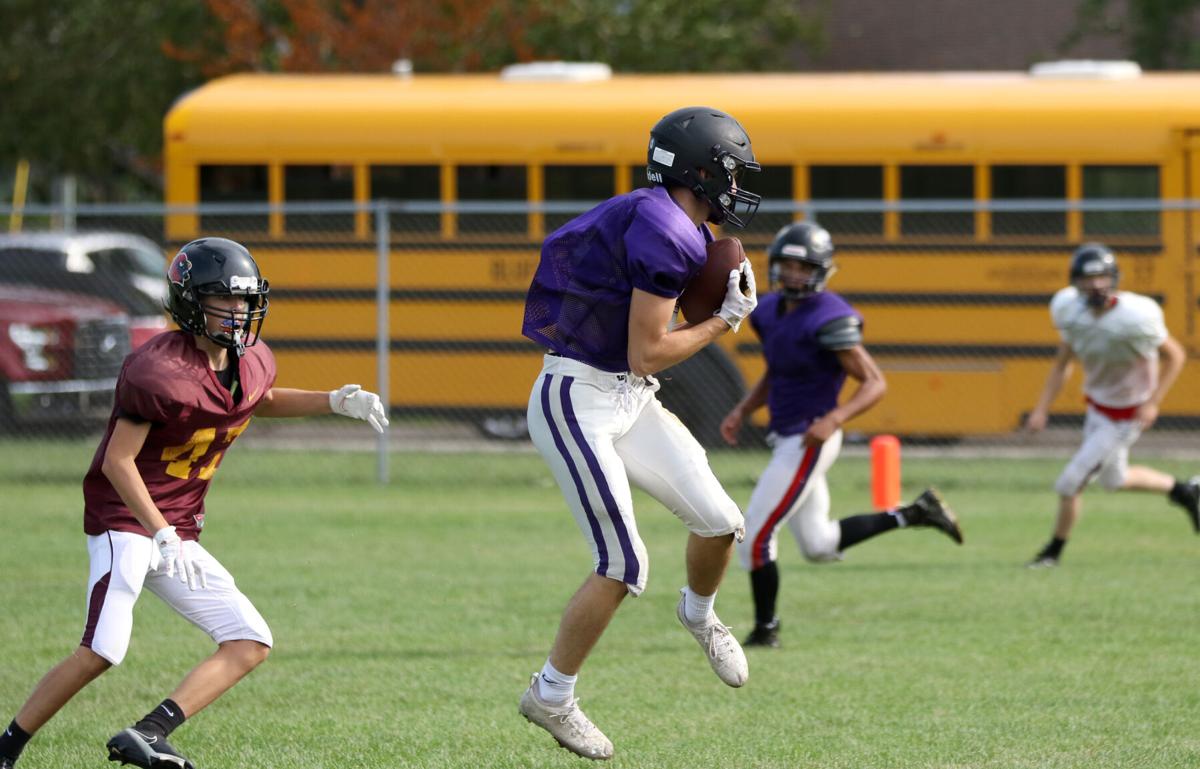 Red Wing's Reese Tripp (making catch) is a big target to throw to. He'll be used as a tight end, but is one of a handful in involved in the passing game. Martin Schlegel / O'Rourke Media

Red Wing's Cooper Chandler tosses a pass during a scrimmage. He was in competition for the starting quarterback spot with Abe Reinitz. Martin Schlegel / O'Rourke Media

Red Wing's Reese Tripp (making catch) is a big target to throw to. He'll be used as a tight end, but is one of a handful in involved in the passing game. Martin Schlegel / O'Rourke Media

Facing three different teams, Red Wing saw plenty of different offenses on Saturday in Lake City. There was Randolph lining up with multiple receivers and Lewiston-Altura with a couple players in the backfield. Zumbrota-Mazeppa showed a little of both.

Head coach Nate Freier said there was little point in scheming, rather he wanted to see the players focus on their own plays. He added the importance of each player coming out of the scrimmage having played “sound assignment football.”

Especially on defense, Freier said parts of the defense are still in flux. Throughout the scrimmage, the Wingers rotated multiple players, some even moving from interior to the outside, on the defensive line.

One aspect of the defense that remained intact and played solidly against each team they faced were the linebackers. Vinnie Brandt, Antonio Finley and Duane Taylor make up the core of the linebackers.

Once the defensive line gets sorted out, the Wingers won’t need to rely so heavily on the linebackers up the middle of the field.

Entering a full season, the Wingers intend on dipping into more offensive schemes. Last year it was more about just getting through the season healthy, as it was for most teams.

The play-calling and types of plays haven’t changed, it’s the blocking up front and the multiple reads at the line that are among the biggest changes.

“We barely scratched the surface on what we intend to do,” Freier said after the scrimmage. “The new way we're playing football now puts a lot of emphasis on the quarterback to make the right read, not just passing but in the run game reading the people there too.”

Cooper Chandler and Abe Reinitz each took nearly the same amount of reps at quarterback. Freier didn’t say who would start, but each has experience. Chandler has multiple years starting at quarterback and Reinitz got time as well last season.

Conner Kelly, Tyler Rodgers, Reese Tripp and Mitch Seeley all figure to play a part in the passing game. Finley took on plenty of carries as the lead running back.

Freier reiterated the need for reading the defense, not just by the quarterback, but by the running backs finding the extra blitzers before the play and receivers using more of the field on routes. Again, the blocking should help.

“I think we have a system more founded on solid blocking up front,” Freier said. “It doesn't rely on an offensive lineman catching up to somebody that's inside of them and making the right block. There's a lot of down blocking in what we do.”

The Wingers will get a chance to run their expanded offense Friday at home against Winona.