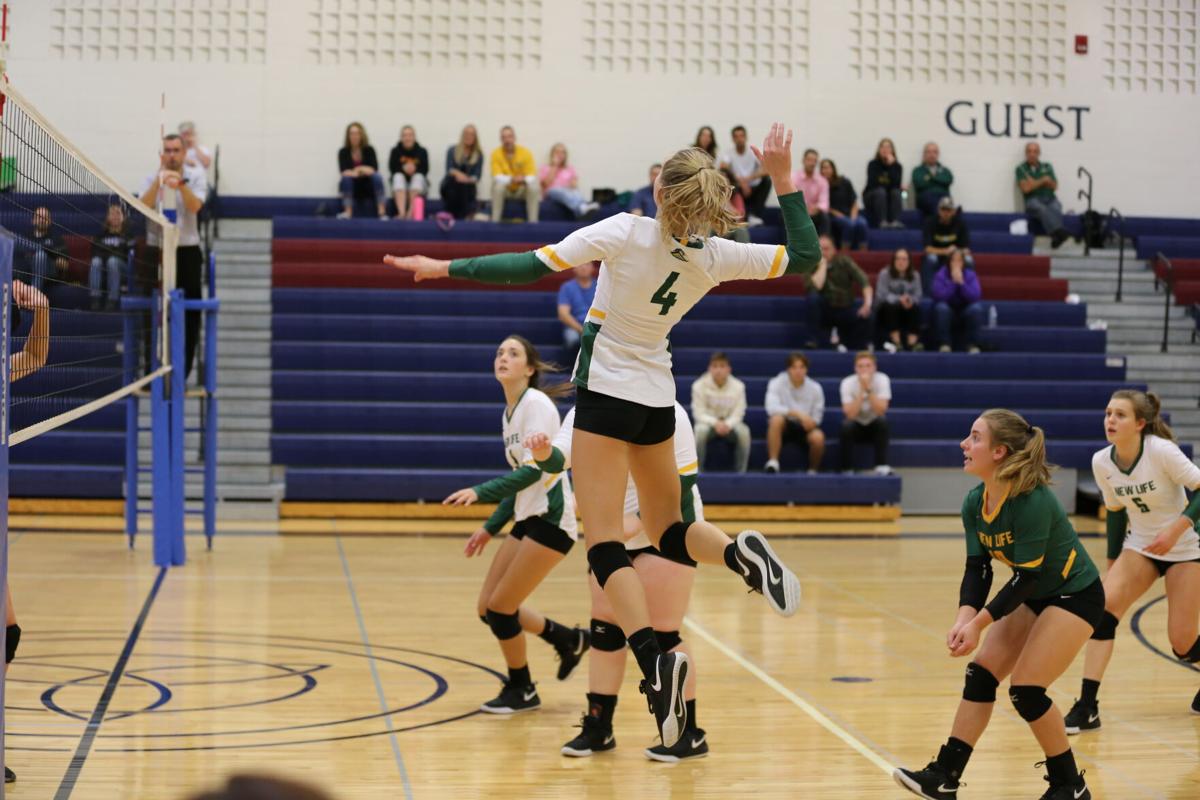 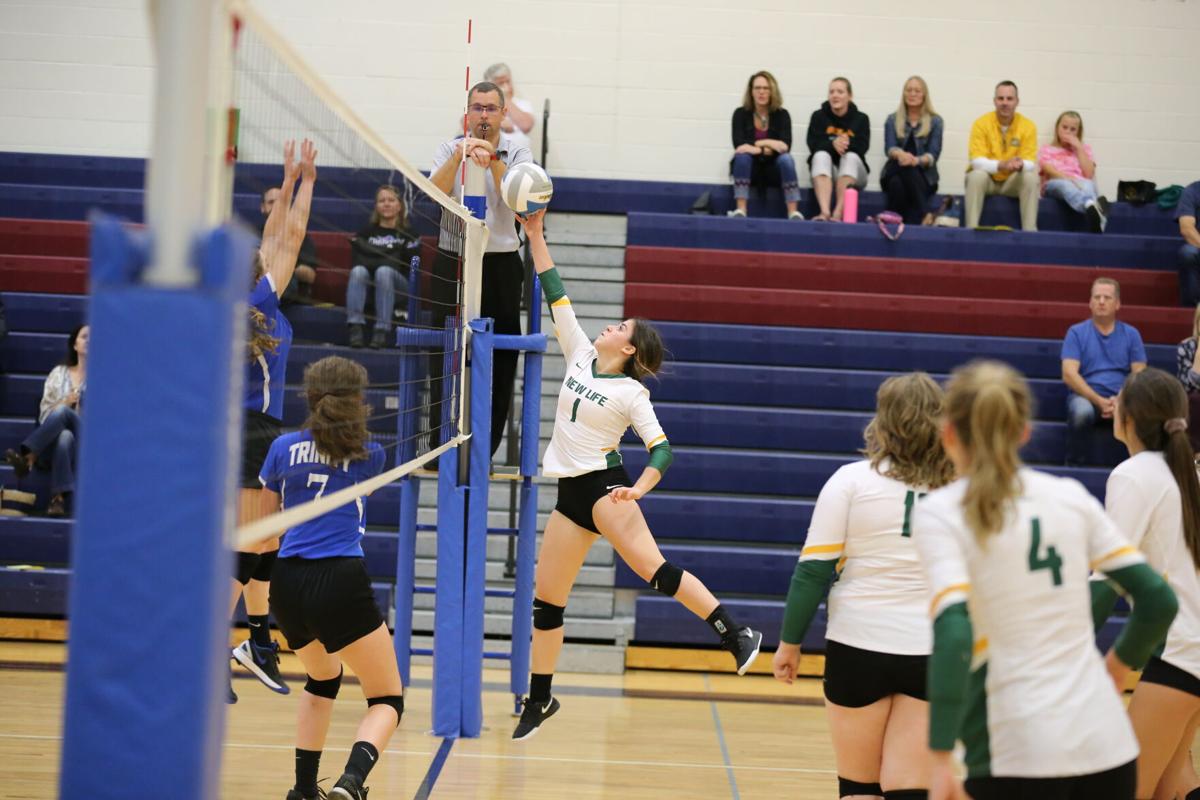 The New Life Academy girls' volleyball team was looking to reach the state tournament for a third straight season this year as they prepared for No. 1 seed Mounds Park Academy on Saturday afternoon.

The Eagles were the No. 2 seed in the tournament, but this was nothing new for them in the section finals as they won last year as the No. 2 seed.

Mounds Park Academy and New Life Academy had faced off before in previous seasons usually resulting in a win for the Eagles, but this time the 3-1 win went to Mounds Park Academy. This put them in the state tournament and ended New Life's season in the section finals, a feeling that left a bad taste in the girls' mouths.

"They played error free volleyball for most of the match," said New Life head coach Wally Bomgren. "It's hard to come back from error free play, but our girls played hard and just couldn't get the win.

"It was a great group of girls and I couldn't be more proud of what they've done this entire season to reach this point at the end of the season."

The two teams battled in each set to try and earn momentum and lead early in the set. Bomgren described this game as a true section finals match because each player showed off all their skills from the entire season.

Bomgren and the New Life players understood how hard it is to come back from a 2-0 deficit, so they knew how important the second set was to win. The Eagles were able to battle it out and win 26-24 to tie the match 1-1 between the two teams.

The sets continued to be close as both teams come out firing in the third set. The Eagles were eyeing a lead heading into the final two sets of the match.

Mounds Park Academy interrupted those plans as they took the third set 25-20 and regained the lead in the match. That lead allowed them to have the momentum and it carried into the fourth set as New Life lost 25-16 to end the match.

“They were able to gain some momentum after that third set and it carried them to the final set,” Bomgren said. “I know this was a tough one to swallow for these girls, but I also know these girls will be ready for the offseason and the upcoming season.”

The New Life players said at the beginning part of the season that they wanted to reach the state tournament for a third straight year. They also said they wanted to play tough teams along with a tough conference schedule to make sure they were ready for the section tournament.

Even though they didn’t reach state, this season was still successful because they were able to beat some big teams in different classes and the participation numbers for New Life volleyball has continued to grow.

The Eagles might’ve had a handful of losses, but they were close losses against big schools in the metro area. Those teams included Cannon Falls, North St. Paul, Benilde-St. Margaret’s and a couple teams from their conference.

They also earned some wins against these big teams on their schedule. They won against Hastings early on in the season as well as Edina to conclude the regular season.

“The players said they wanted to play tougher teams this season during their non-conference,” Bomgren said. “And they were able to step up and win against teams like Hastings and Edina to show what this program is capable of for future seasons.”

The Eagles will say goodbye to five seniors including two seniors that helped guide a 2019 team as captains. Elli Wiertsema and Hannah George were the two captains and they had the task of leading a new starting squad and continuing to build this program.

After four seniors in the starting lineup for the Eagles graduated before the season, those two players built chemistry and continued to push the team to reach this point in the season.

Along with her, George has been a brick wall in the back line this season and her instincts for digs and strategy will be missed.

Even though five seniors will graduate, Bomgren said their contributions have helped participation numbers grow for the future.

“These seniors did a lot for our program and it’s showing with our increase in numbers for the offseason and heading into next year,” Bomgren said. “We also have a strong core coming back for next season.”

New Life will have more teams formed both in high school and middle school, which means the number of players will be increasing as well and that makes Bomgren happy.

Bomgren has reflected on many memories from this season and can’t wait to continue developing this program for future years. The focus has and will always stay on reaching the state tournament and winning state for New Life Academy.