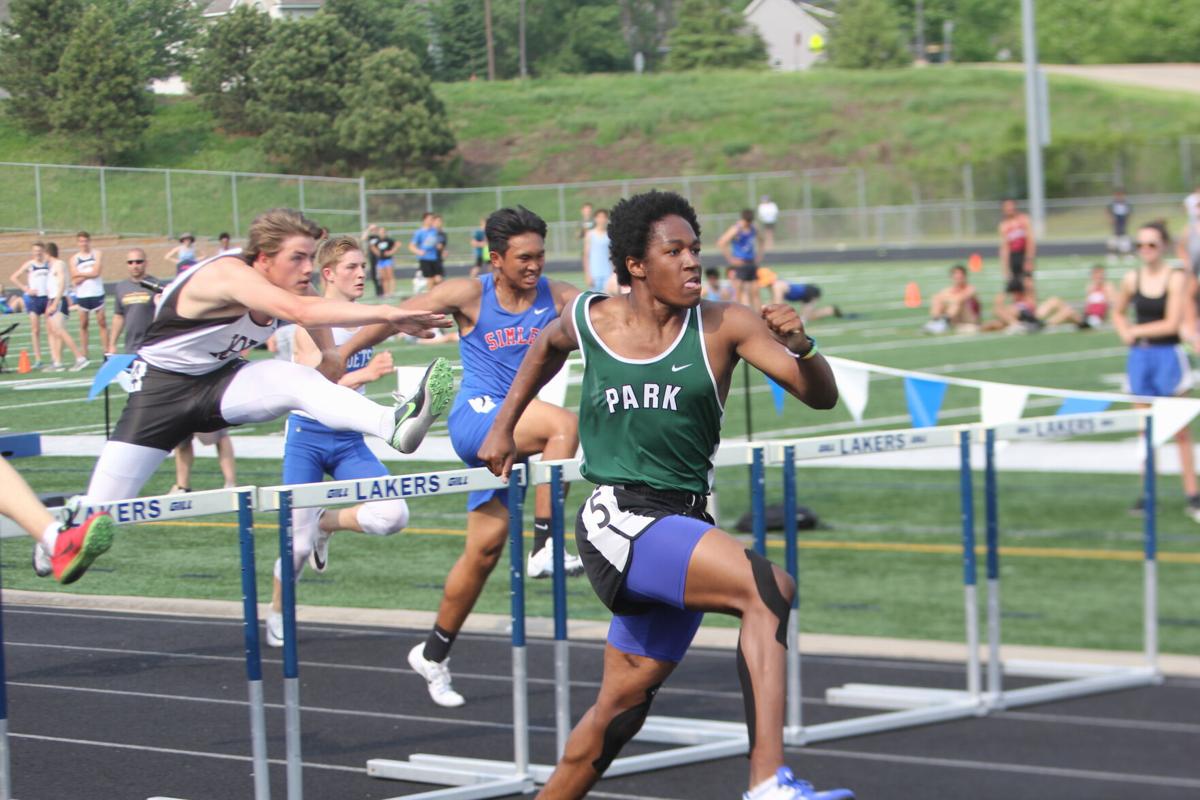 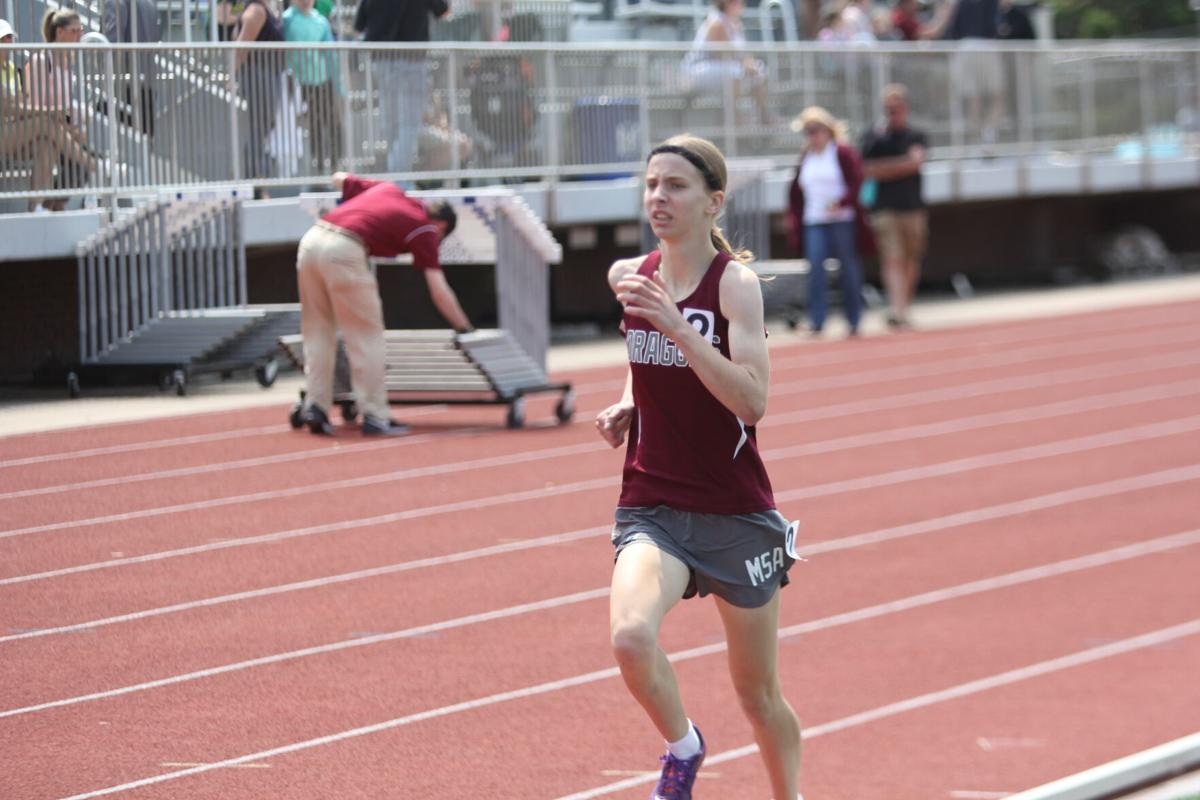 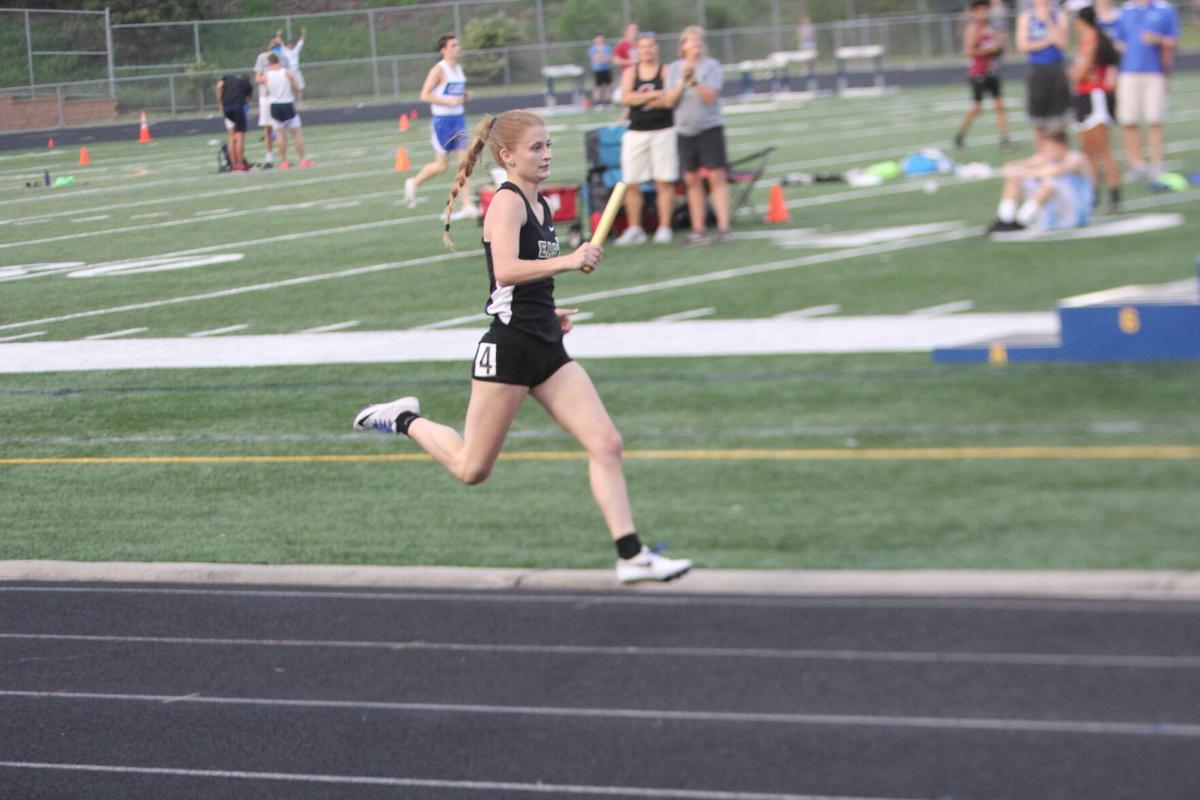 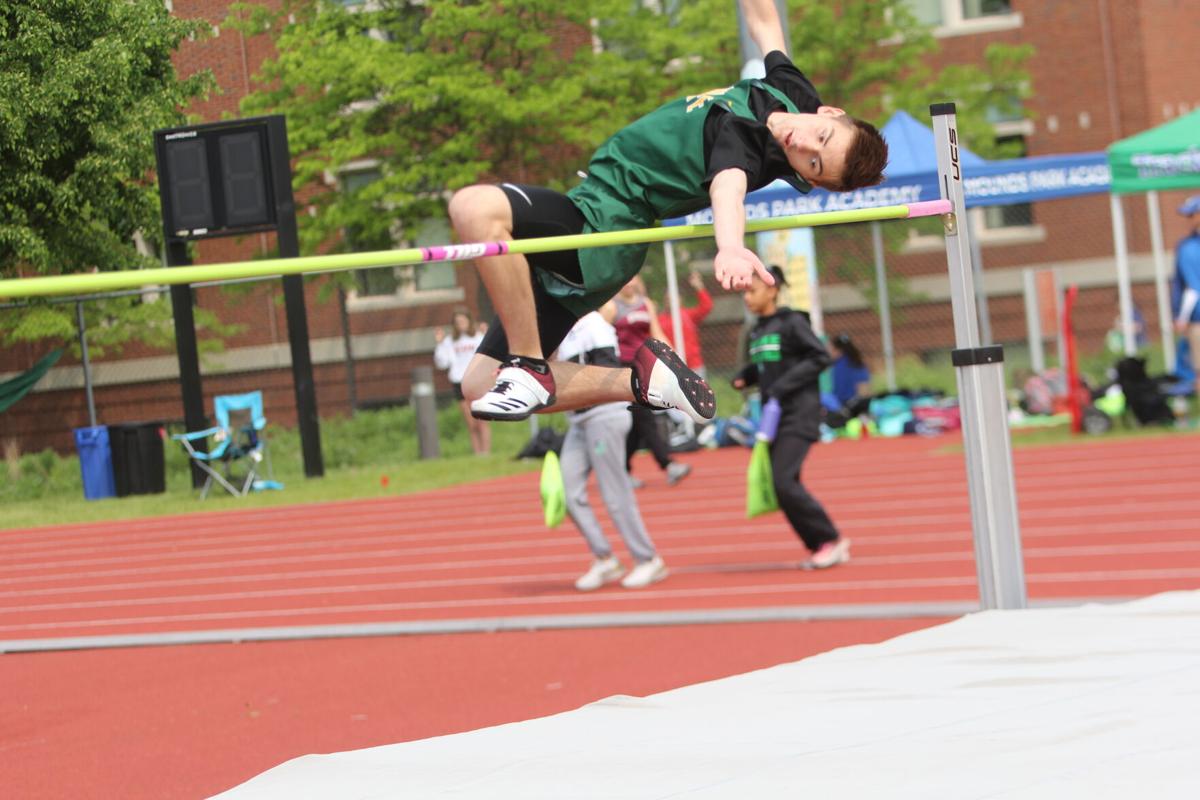 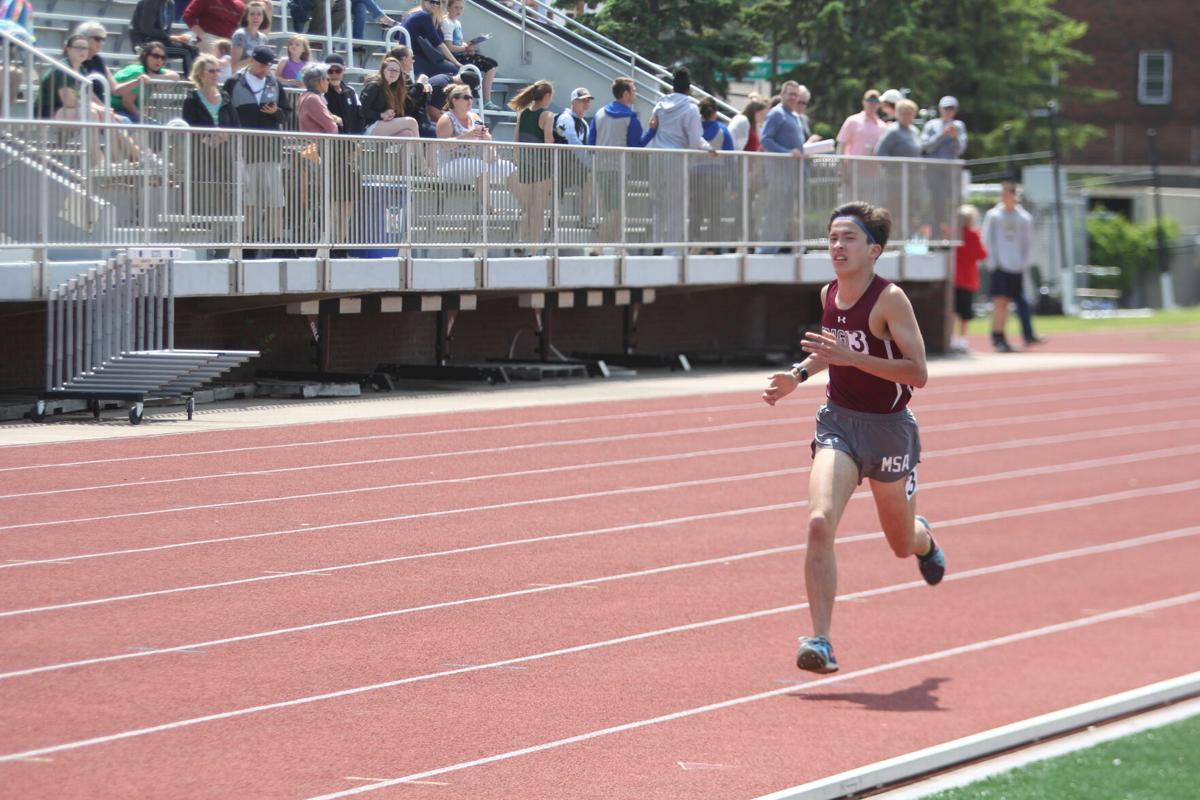 The section 4A track and field championships took place on Saturday, and there were some highlights.

New Life Academy was only able to qualify for state in one event, but they did it in exciting fashion. In the girls' 4x100-meter relay, the Eagles were the favorites after winning on Thursday in the preliminary round. Hannah George and Emily Bakken finished third and fifth, respectively, in the girls' 100-meter dash earlier in the day, behind Robbie Grace and Anisa Thompson from Blake.

Despite the tough competition, New Life's team still found themselves in front going into the last leg of the relay. The Eagles put their trust in Bakken. Bakken could feel Blake's anchor right on her heels and before she knew it, they were neck and neck. With the finish line approaching, she lunged forward, almost diving in an attempt to secure first. It wasn't quite enough.

"I was [going to] almost jump, but then I remembered there was a kid who jumped and broke his arm and couldn't go to state and I was like alright I'm not [going to] jump."

New Life was awarded second place despite finishing with the same time as Blake, but either way the Eagles get to send a relay team to state.

Math and Science Academy's team had a similar day.

They were only able to qualify for state in one event on Saturday, but they had qualified in another event on Day 1 of the section championships. The athlete that qualified on Saturday was Greta Hansen, who finished third in the girls' 3,200-meter run on Thursday which meant she just missed a state tournament bid. But in the 1,600 on Saturday, she was able to secure a spot with a second place finish.

"I came in with a plan to just run," Hansen said. "Once the race starts, things change, so I just wanted to go out and run."

Harris Anderson was Math and Science's other qualifier. Anderson ran the same races as Hansen but on the boys' side.

"I don't really feel super comfortable behind people," Anderson said. "I just got out, and then kept in front."

Although there weren't a ton of qualifiers on either side, both teams were happy with their performance, and as for Bakken, she's as excited as ever.

"It feels so good," Bakken said. "I've been waiting for this for so long."

The second and final day of the Section 3AA track and field championships took place on Friday afternoon, which meant that by the end of the day, every state qualifier would be decided. The day was met mostly with disappointment.

East Ridge only added two events to their state qualifier list on Friday. There were many close calls, but most went the wrong way for East Ridge. It looked like a good start to the day when its 4x800 girls' relay team took first by a huge margin thanks to the efforts from Mackenzie Werner, Gwyneth Gerlach, Mary Kenney and Halle Mestery. They finished with a time of 9:43.61, which was over twenty seconds faster than second-place South St. Paul team. Mestery, already locked into a spot at state after winning the 3,200 on Wednesday, gets to run in a relay as well.

Not long after, senior middle-distance standout Aimee Kemper took first in the finals for the 400 with a time of 58.37.

"The race felt really good and smooth and I felt like it was my best race of the season," said Kemper, who is running in her first season of track as a senior.

The heartbreak came in the evening in the second to last event of the day. The girls' 4x400 relay started out with Kemper, running in her second event of the day. Kemper got off to an early lead with only Eagan's team close behind. After Mackenzie Werner's and Addi Schribner's legs of the race, Eagan had taken a sizable lead, but it looked to be a two-horse race going into the final leg.

Senior Morgan Werner took the baton and immediately started working on the gap between her and the Wildcats' anchor. Coming around the final stretch, it was apparent that she would have to settle for second, but while everyone was watching that, Burnsville's Zoie Dundon had gained a considerable amount on the frontrunners and was now vying for Werner's second-place position.

Dundon was able to pass Werner right at the finish line and steal a state qualifying event from East Ridge. Burnsville's team finished with a time of 4:03.77 while East Ridge clocked in at 4:03.94.

Although the team lost their spot at that event, one member of their team still gets to continue her season.

"I definitely feel like it's going to be a lot more [challenging] and I'm going to have to push myself to the limit." Kemper said about the state tournament.

For Park, it was a similar story.

Senior Justus White was the first qualifier for the Wolfpack after winning the section finals in the boys' 110 hurdles.

"I just [have to] be, like, more confident and positive with myself. I can only get better." White said.

White believes that he didn't start well in either of his races (he finished eighth in the 300 hurdles), but he still finished first by a wide margin in his first race of the evening.

Park picked up one other state qualifier in senior discus thrower Edric Waindim. Waindim blew everyone else out of the water finishing first by a healthy margin.