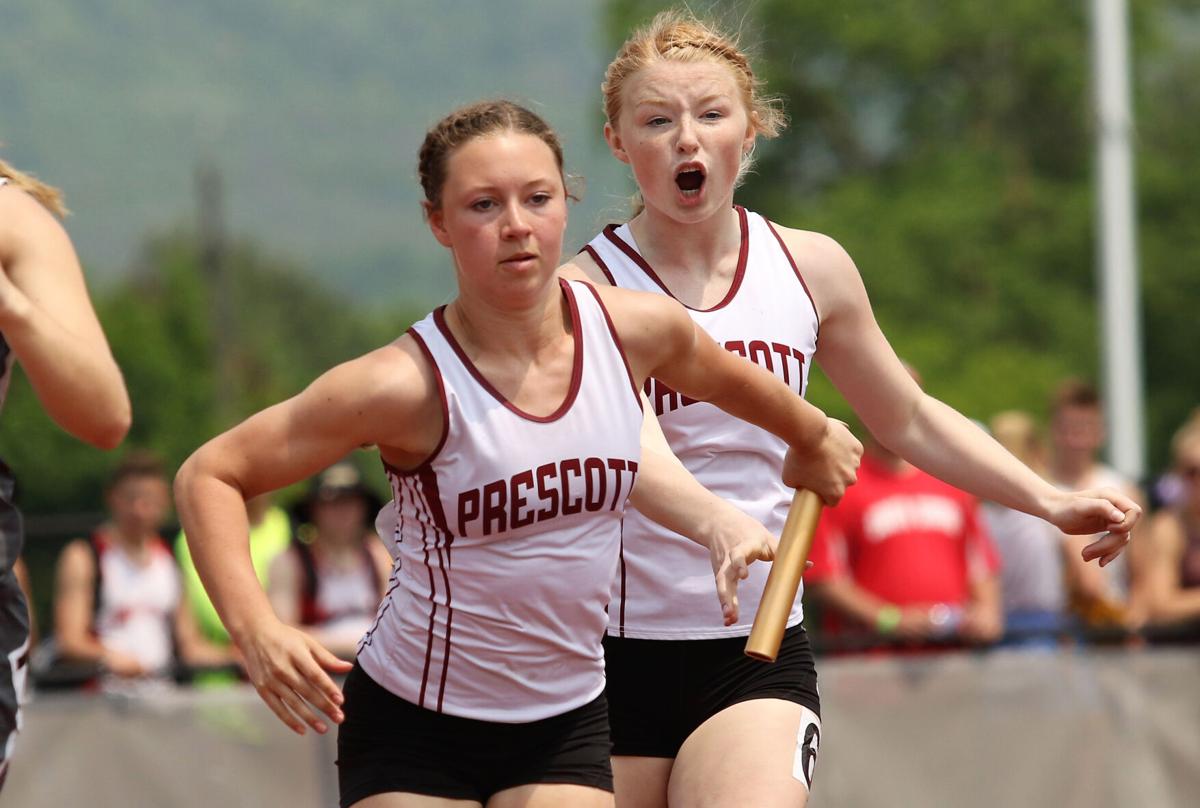 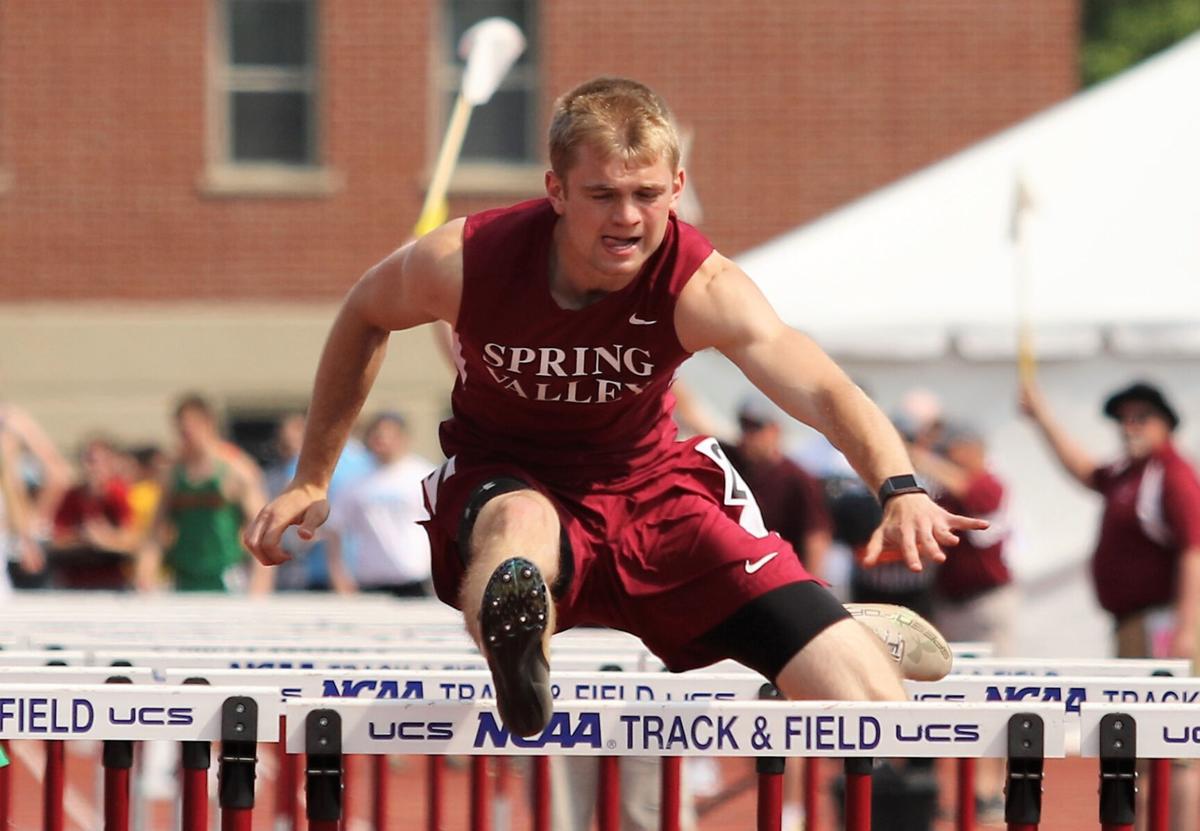 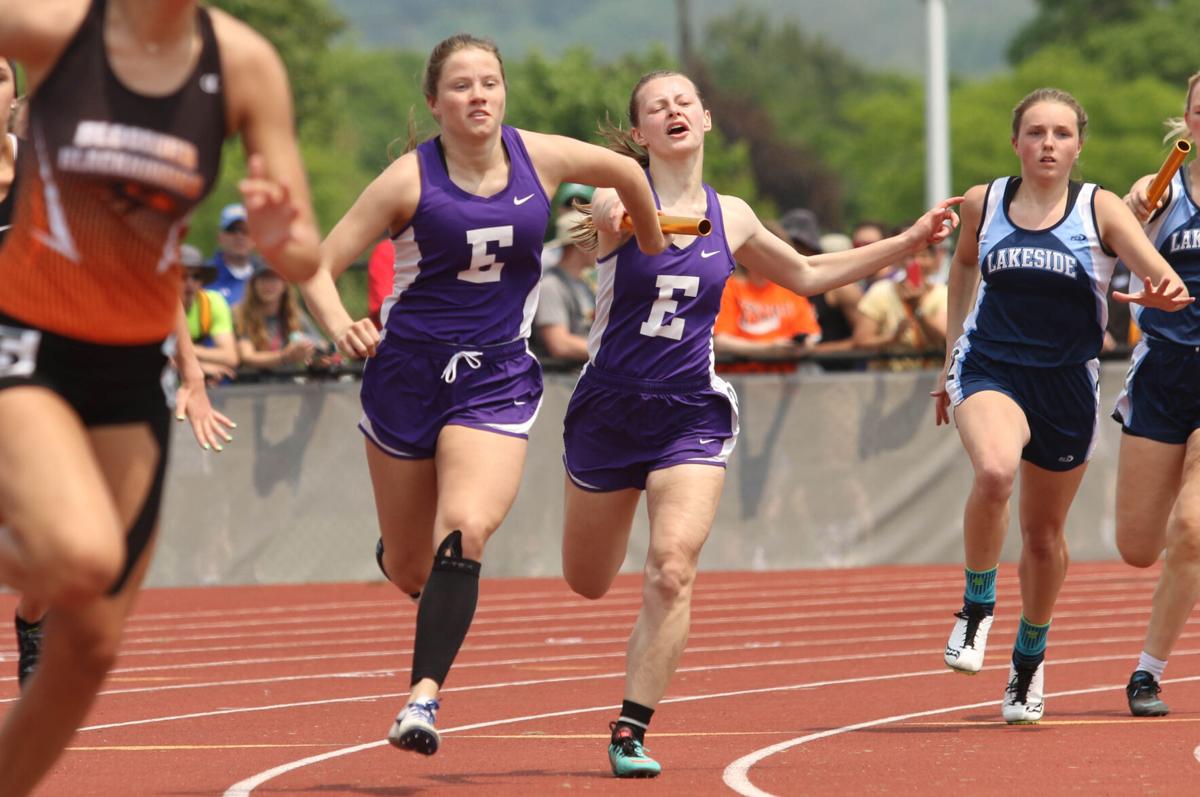 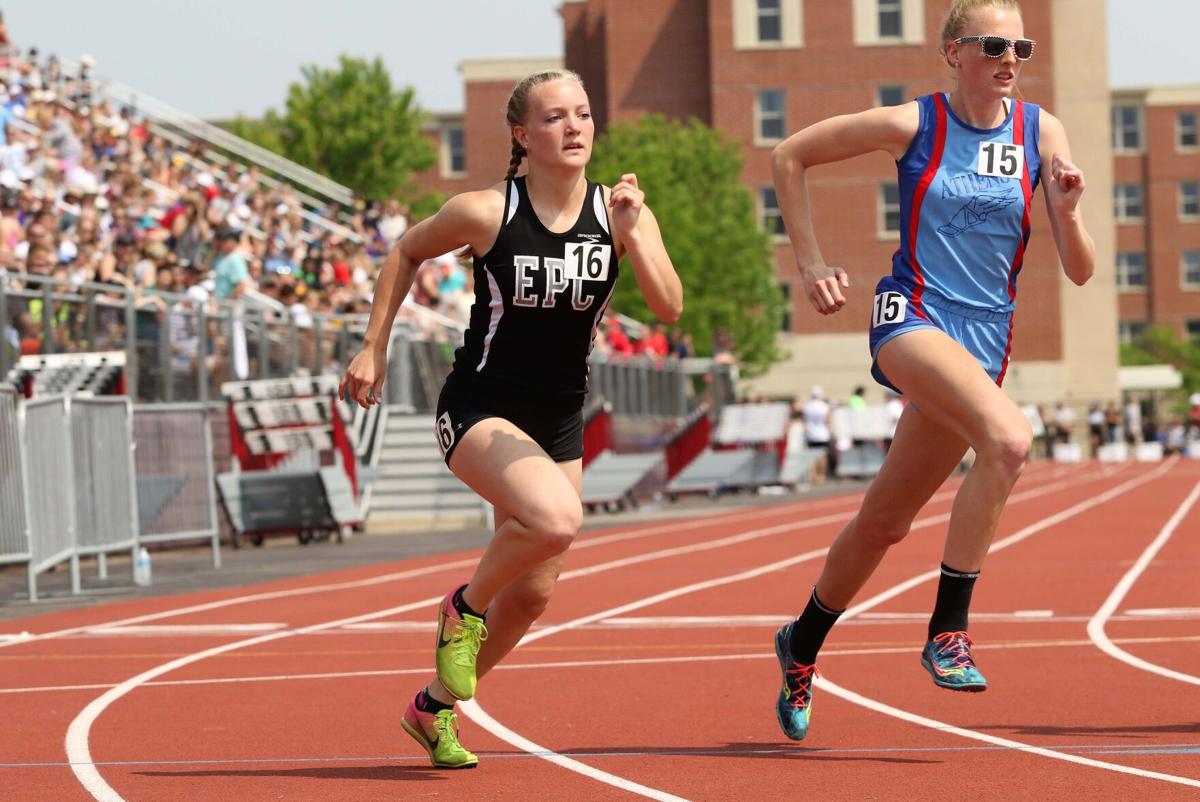 After another nerve-testing, snow-filled spring, the Pierce County track and field teams' patience and commitment to their sport has paid off.

All four teams sent athletes to the WIAA State Track and Field Meet held Friday, May 31 to Saturday, June 1, and came home with performances to be proud of.

The Prescott Cardinal girls claimed the highest finish in the county after claiming a third-place finish in the Division 2 4x200-meter relay. Grace Carlson, Megan Gilles, Tori Benck and Abby Syverson raced to a time of one minute, 44.77 seconds to earn the bronze and improve from last year's fifth-place state finish.

Haylee Yaeger also made it onto the state podium after finishing seventh in the shot put with a throw of 37 feet, 7.75 inches. Yaeger's mark earned her a seventh-place finish in her final high school track and field meet.

The Cardinals added ninth-place finishes from Gilles in the 300-meter hurdles (48.40 seconds) and the 4x100-meter relay team, which featured Jessie Urman, Syverson, Benck and Carlson who ran a time of 50.91. In their individual events, Syverson placed 10th in the 200 with a time of 26.33 seconds, and Benck recorded a mark of 16-04 in the long jump to place 13th.

Prescott junior Wyatt Holum represented the Cardinal boys with high esteem by placing seventh in the high jump after clearing 6-04, which tied his personal-best height.

The Ellsworth Panthers were represented in three Division 2 events, all of which senior Aly Reuvers competed in. Reuvers, Kaitlyn Peterson, Marina Boley and Stella Anderson earned a spot on the podium after placing seventh in the 4x100 with a time of 50.84 seconds.

Reuvers also added an 11th-place finish in the long jump after recording a mark of 16-06. The senior sprinter and jumper was unable to advance to the 100 finals after placing 13th in Friday's prelims behind Prescott's 12th-place Carlson.

Fesenmaier was the only other Spring Valley Cardinal to compete in an individual event. The sophomore placed 16th in the discus throw with a mark of 111-06.

This article will be updated with comments from coaches on Sunday, June 2.

GIRLS RESULTS (all results are final):