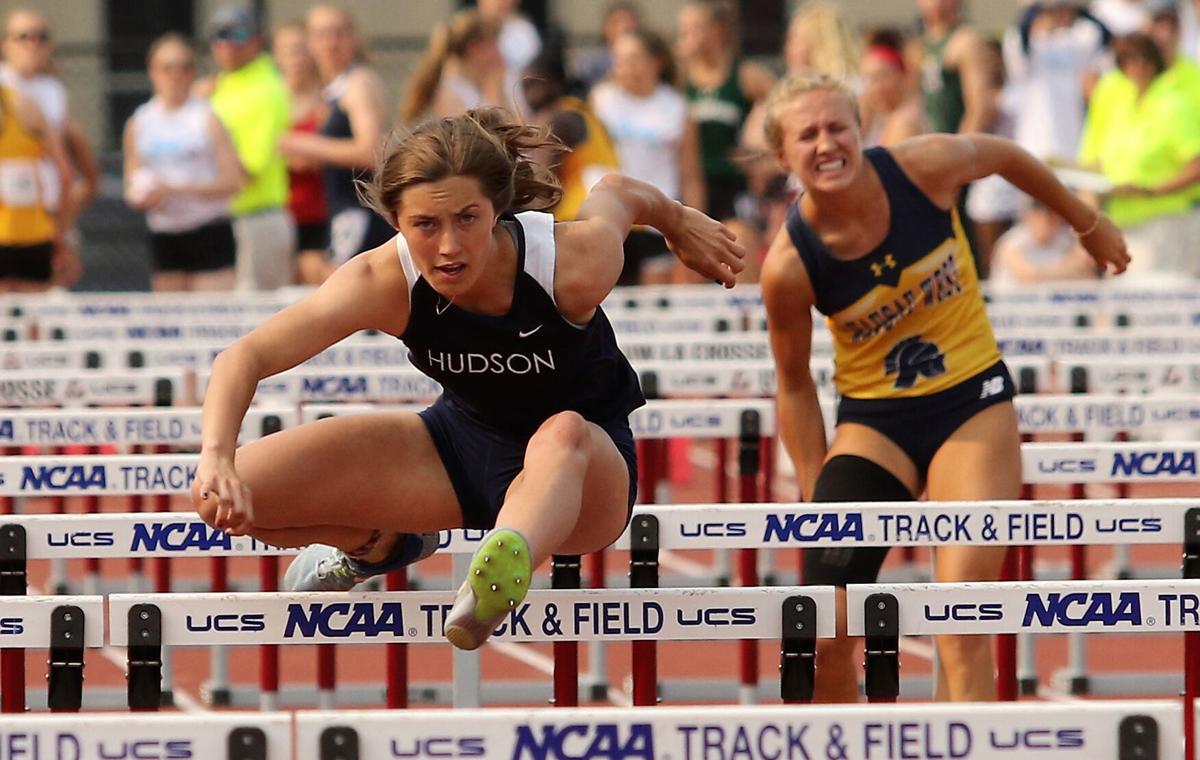 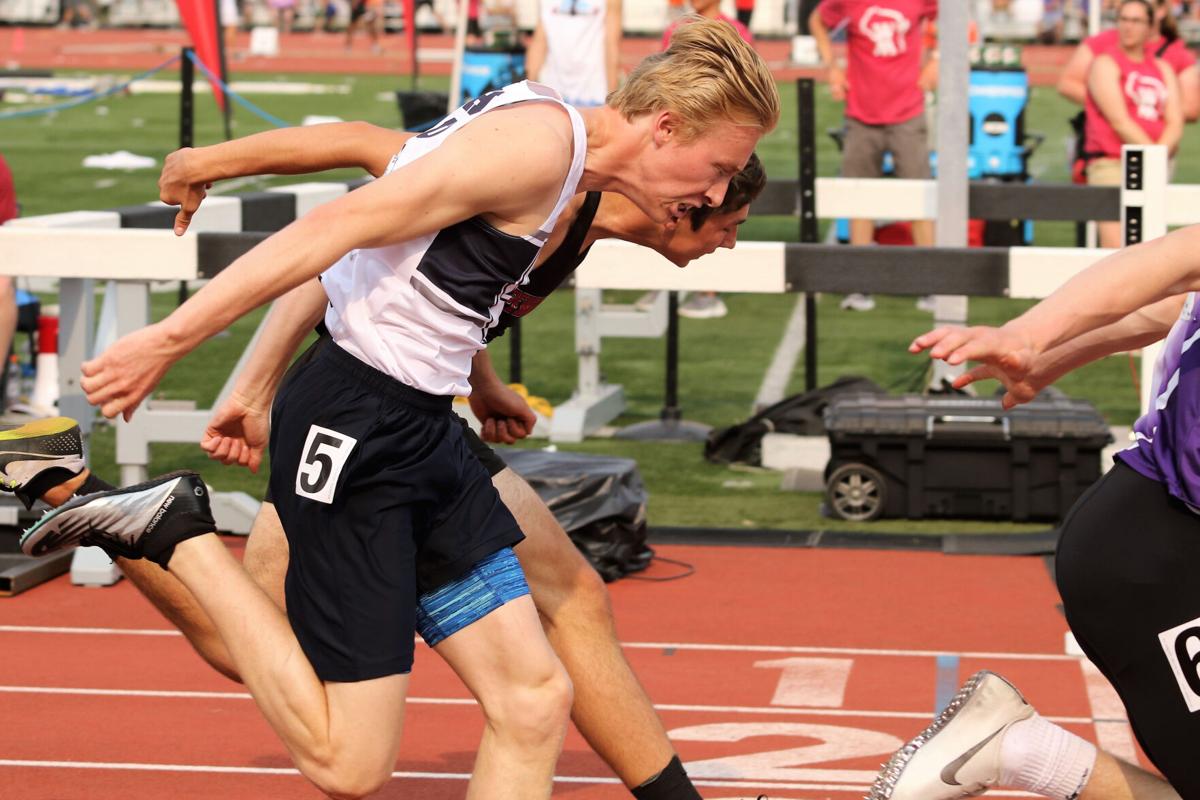 The lights were on at Veterans Memorial Stadium on the campus of UW-La Crosse late Saturday afternoon as Bailee Dierks took her spot on the awards podium on the final day of the WIAA State Track and Field Championships, but they didn’t need to be. The smile on Dierks’ face could have lit up the entire Coulee Valley.

Dierks was receiving her third medal of the state championships after placing second in the 300 meter low hurdle finals. Earlier Saturday she had placed third in the 100 hurdles and ran the anchor leg on the Raider’s sixth-place 4x200 meter relay team.

A four-year state qualifier in ten different events, and eight-time state place winner, Dierks admitted she savored every minute of her final trip to La Crosse as a member of the Hudson track and field team.

“It’s just an honor to get here,” she said. “Last year I didn’t make it in the 300 and it really hit home. You just don’t get here because you’ve been here before. And I was able to enjoy it because now I know won’t be here again. It’s an amazing event, and I wish I could come back but I can’t.”

Dierks, who will be heading to North Dakota State University on a track scholarship next year, broke her own school record in the 100 meter hurdles to place third Saturday with a time of 14.55 seconds. She turned in a career-best time of 44.19 seconds to take second in the 300 meter hurdles and teamed up with freshman Ava Wilber, sophomore Molly Kallenbach and senior Emma Olson for a sixth place time of 1 minute, 43.97 in the 4x200 relay finals after clocking 1:43.68 in Friday’s preliminaries.

Raider girls’ coach Jami Holum praised Dierks’ hard work in the hurdles over the course of her career at Hudson, but also highlighted the support she’s had from her teammates in the sprint relays.

“While Bailee has been solid and worked hard on the hurdle races during her four years, she has been fortunate enough to be supported by strong sprinters in her relays both in the past years and especially this year with a whole new group,” Holum said. “Emma Olson has been with her this whole way as our other outgoing senior sprinter, and Molly Kallenbach and Ava Wilber, along with Amber Robey were new to the experience on the state track. Without that support and hard working, focused teammates around her, practices are different and competitions are different, especially in those sprint relays.”

The Raiders 4x100 relay team of Wilber, Kallenbach, Robey and Olson finished eighth in their qualifying heat, and 20th overall, with a time of 50.35 seconds, but Hudson’s girls were represented by more that just sprinters at state. The 4x800 meter relay team of junior Anna Czupryna, junior Emma Filipiak, sophomore Alicia Belany and junior Rachel Ball combined for a 15th place time of 9:50.32, while Ball and Belany also ran in the 1600 with Ball placing 13th in 5:10.94 and Belany was 20th in 5:26.98.

The Raiders finished 12th in the final girls’ team standings with 17 points. Muskego took the team title with 51.

“I am very proud of how all of the girls worked their way through this season and finished at state, from the sprinters to the distance girls to the field events,” Holum said. There were 125 teams represented in Division 1 down at state and the girls are pumped that they came out with 12th.”

Hudson’s boys were also well-represented at state and turned in a number of personal best efforts while senior Carter Maack came within a whisker of reaching the finals in both the 100 and 300 hurdle races.

“They are some of the hardest workers we have,” Raider boys’ coach Nate Kirkpatrick said about Lundeen and Weeks. “We’re looking forward to their continued growth going into next year.”

“This weekend was a great cap to the season,” Kirkpatrick said. “I was extremely proud of all the guys that made it down to the state meet. It is an honor to make it that far, and I hope the boys feel a sense of accomplishment.”

Kirkpatrick said he feels lucky to have coached both Dierks and Maack, who will run at the University of St. Thomas, in the hurdles during their time at Hudson.

“They both are amazing people and great athletes who deserve all the success they have achieved,” he said. “We are all looking forward to seeing what they can accomplish at the next level.”

For Dierks, it was a state meet that she’ll never forget.