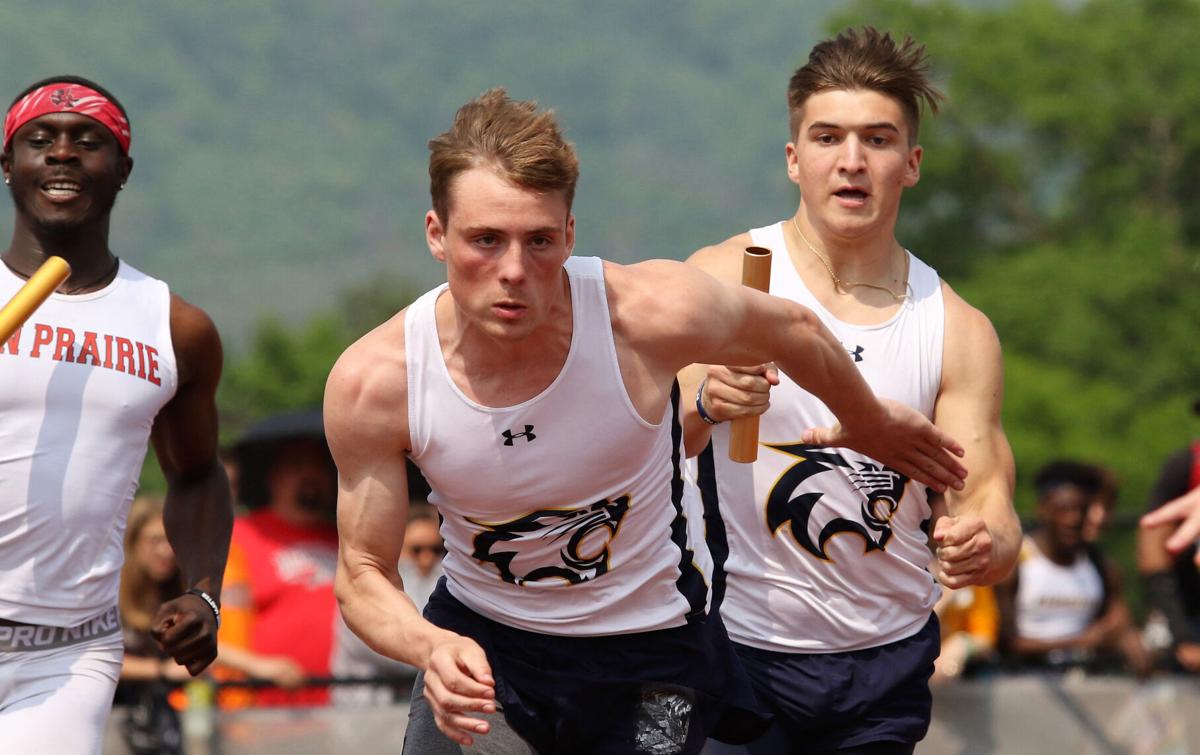 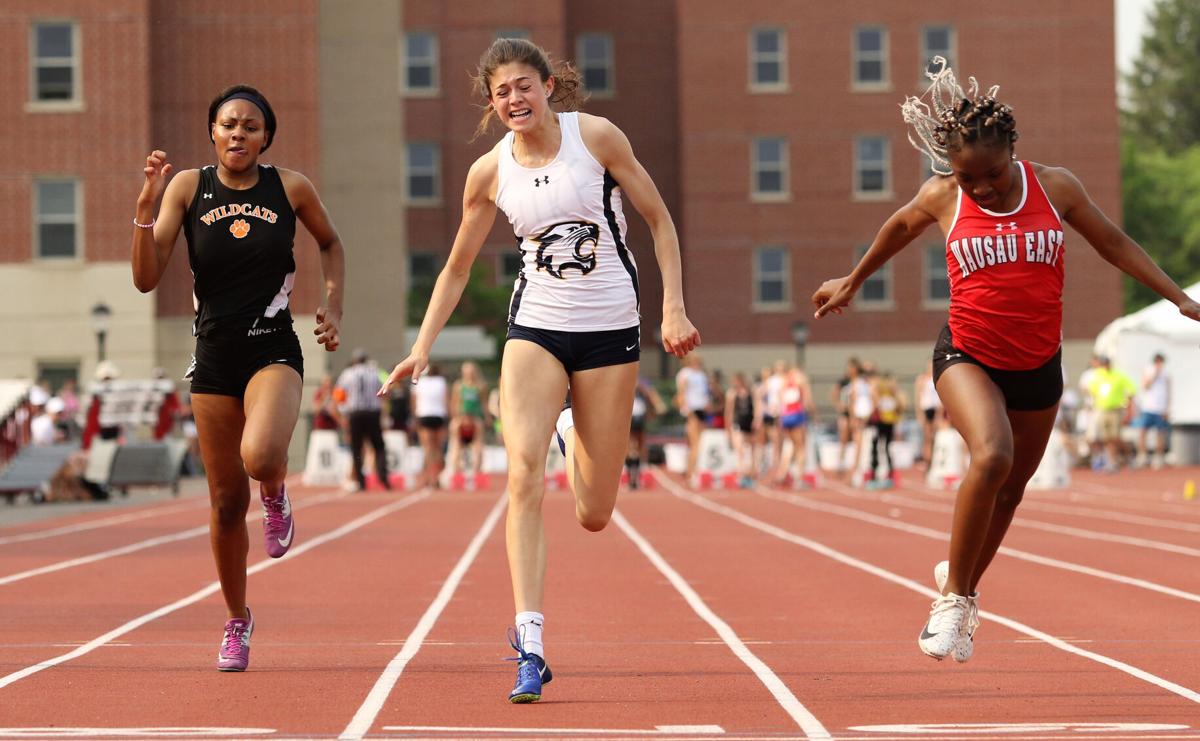 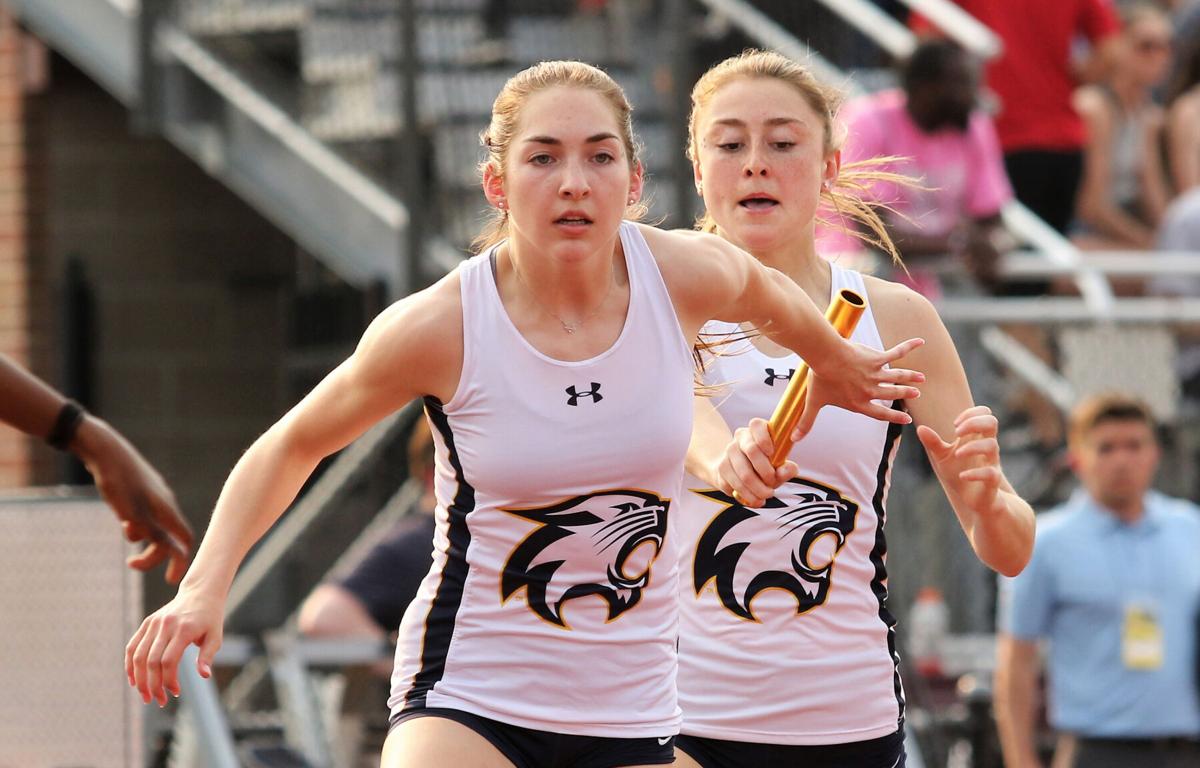 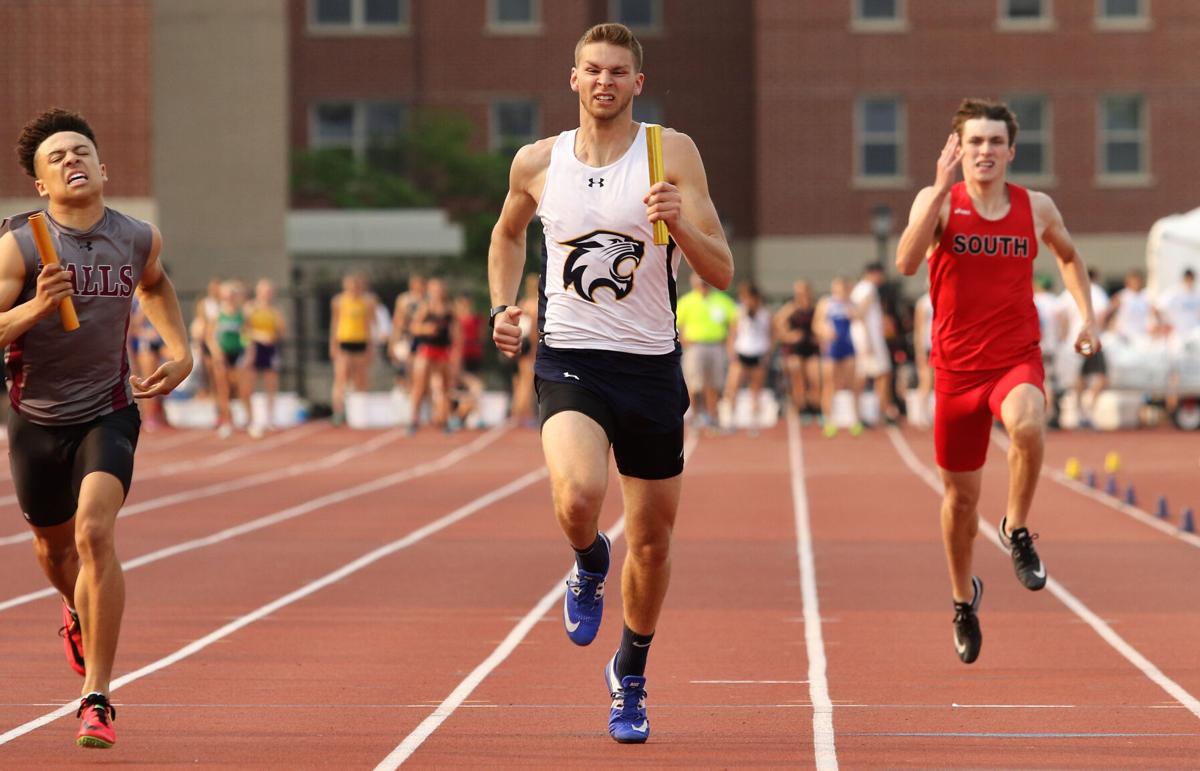 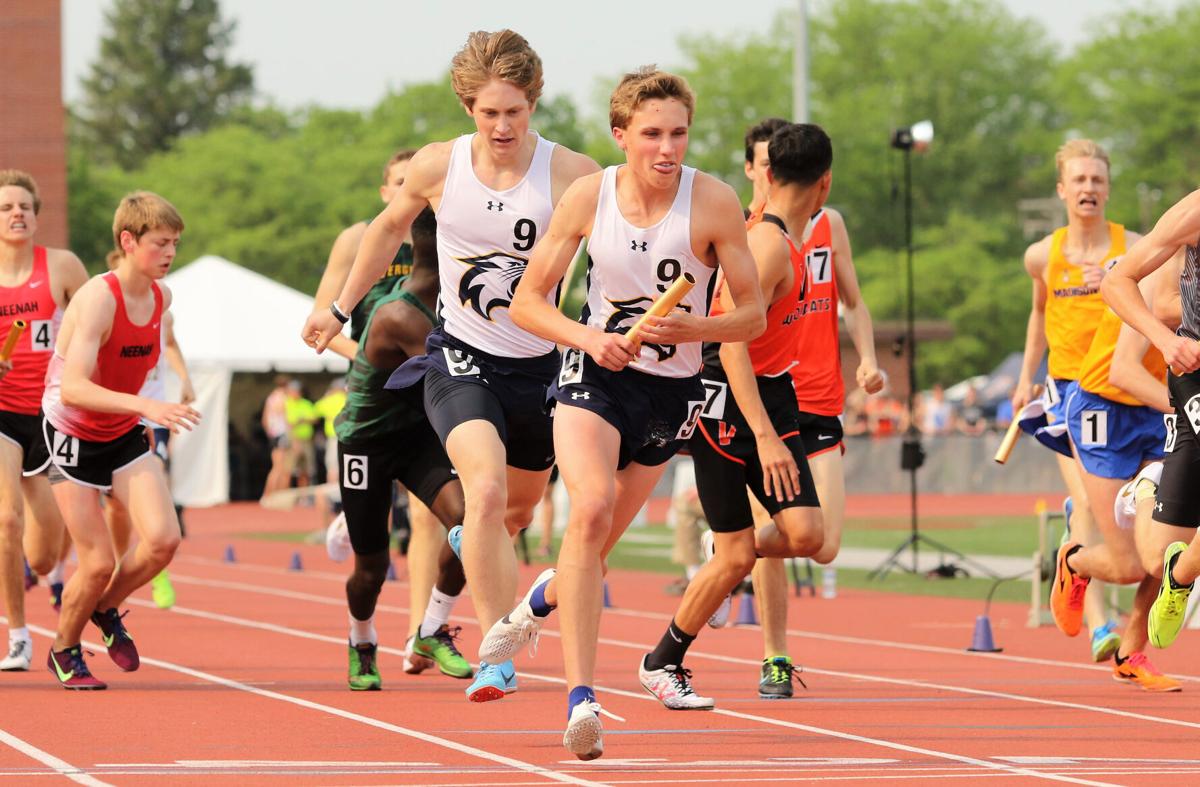 Stefan Klechefski admitted he ran with a bit of a chip on his shoulder Saturday at the WIAA State Track and Field Championships in La Crosse.

After being robbed of a spot on the podium by one-tenth of a second in the 100 meter dash finals, Klechefski helped the Wildcat’s 4x200 and 4x100 meter relay teams reach the awards stand before Payton Flood, Jared Syverson, Josh Linton and Niko Zoller gave the Cats their third medal of the day with a fourth place finish in the 4x400.

It’s the first time River Falls’ has won more than two medals at state since 2013 when Mitch Lenneman took fourth and Trent Powell placed fifth in the boys’ 1600 meter run.

“I was rather angry,” Klechefski said about what he was thinking when he took the baton for the third leg of the 4x200 finals. “I had a bad outing in the 100 so I was like, it’s redemption time, and I just tried to pass as many guys as I could.”

Whatever his motivation was, it worked. Nate Rixmann took it from there after Jared Creen and Karl Linton had run the first two legs to give the Wildcats a final time of 1 minute, 29.24 seconds, edging Oregon by just under three-tenths of a second for the sixth and final podium spot.

“I saw Steve coming down and all I could think was, we’ve taken it this far, might as well take it all the way,” Rixmann said.

The Cat’s qualified for the finals with the ninth fastest time in Friday’s preliminaries, taking third place in their heat with a school record time of 1:29.74, before breaking that record by a half-second and moving up three spots in Saturday’s finals.

“Yesterday we cut down handoffs a lot and made them more precise,” Rixmann said. “It came down to tenths of a second yesterday and today it came down to hundredths. Every little bit counts.”

Friday’s 4x200 time was one of four school records set by the Wildcats on the first day of the state championships. The boys’ 4x100 and 4x800, and the girls’ 4x100, also set new school marks.

The boys’ 4x100 team of Creen, Linton, Mason Prigge and Klechefski ran 42.31 seconds Friday to qualify sixth for Saturday’s finals, where they duplicated that sixth place finish with a time of 42.67 to earn the Cat’s second medal of the weekend.

After watching Creen, Linton and Klechefski reach the podium Saturday in the 4x200, Prigge said he couldn’t wait to join them for the third leg of the 4x100.

“I was sick of waiting,” he said. “I just wanted to go. I was excited. “I just got it to Steve and Steve took it from there and took it to the podium.”

The Wildcat girls’ 4x100 meter relay team almost made it four medals on the weekend but came up just four-hundredths of a second short in Saturday’s finals. The team of Mariah Marg, Emily Banitt, Sarah Langlois and Sofia Naranjo Mata set a new school record in Friday’s preliminaries with a time of 48.53 seconds before finishing seventh in Saturday’s finals in 49.21. Muskego earned the sixth and final spot on the awards stand with a time of 49.17.

Naranjo Mata also reached the finals in the 100 meter dash with a time of 12.43 seconds in Friday’s prelims before placing eighth Saturday in 12.46. She took 20th in the triple jump with a leap of 34-feet, 11-inches, and wrapped up her busy weekend by teaming up with Banitt, Langlois and Rachel Randleman to place 18th in the 4x200 relay in 1:45.78.

The fourth school record of the weekend came from the boys’ 4x800 meter relay team of Jared Syverson, Grant Magnuson, Josh Linton and Mason Shea with a 14th place time of 8:04.1.

The Wildcat boys finished 24th out of the 61 Division 1 teams represented at state with 12 points while the girls were 49th out of 65 teams with three points. Kimberly won the boys’ team title with 46 while Muskego took the girls’ title with 51.