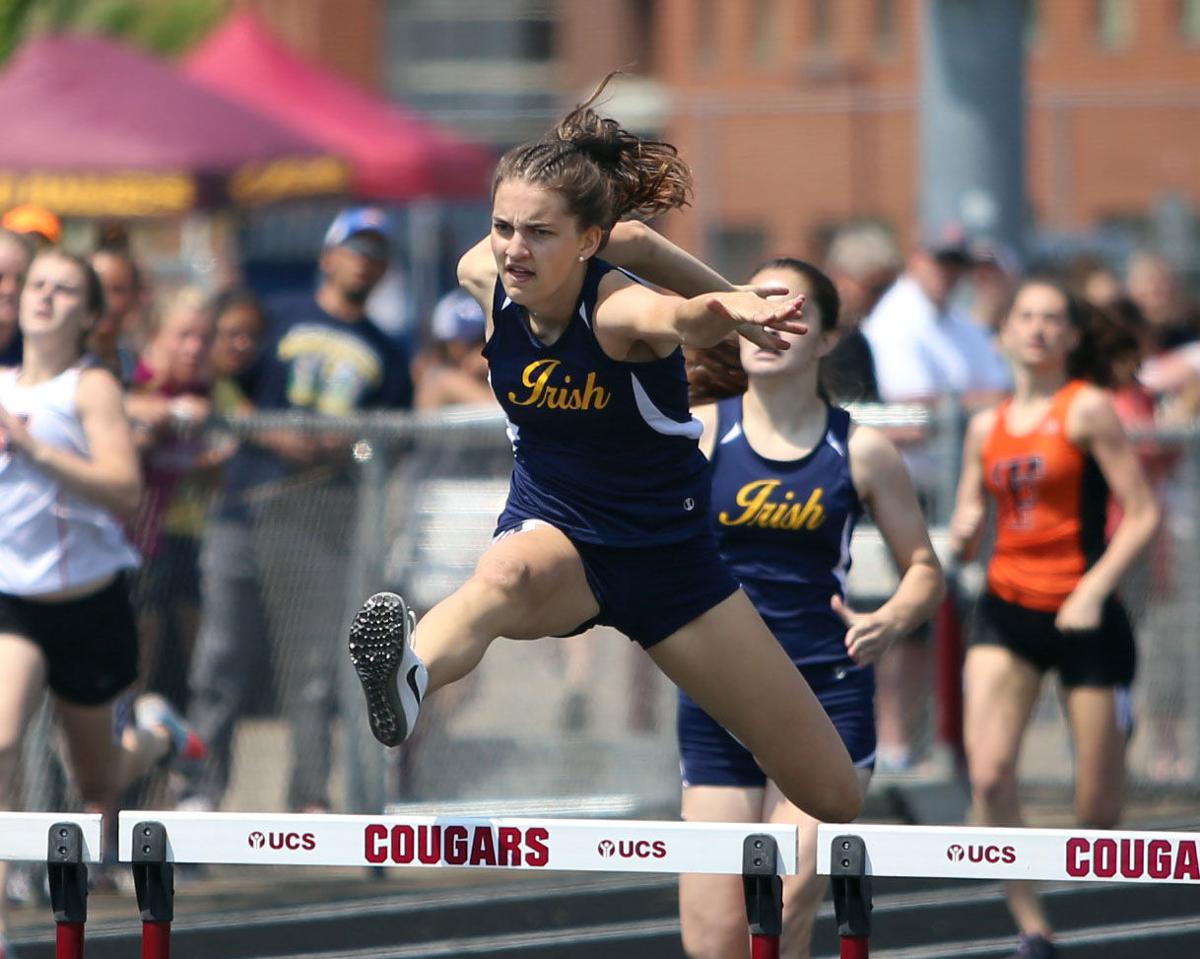 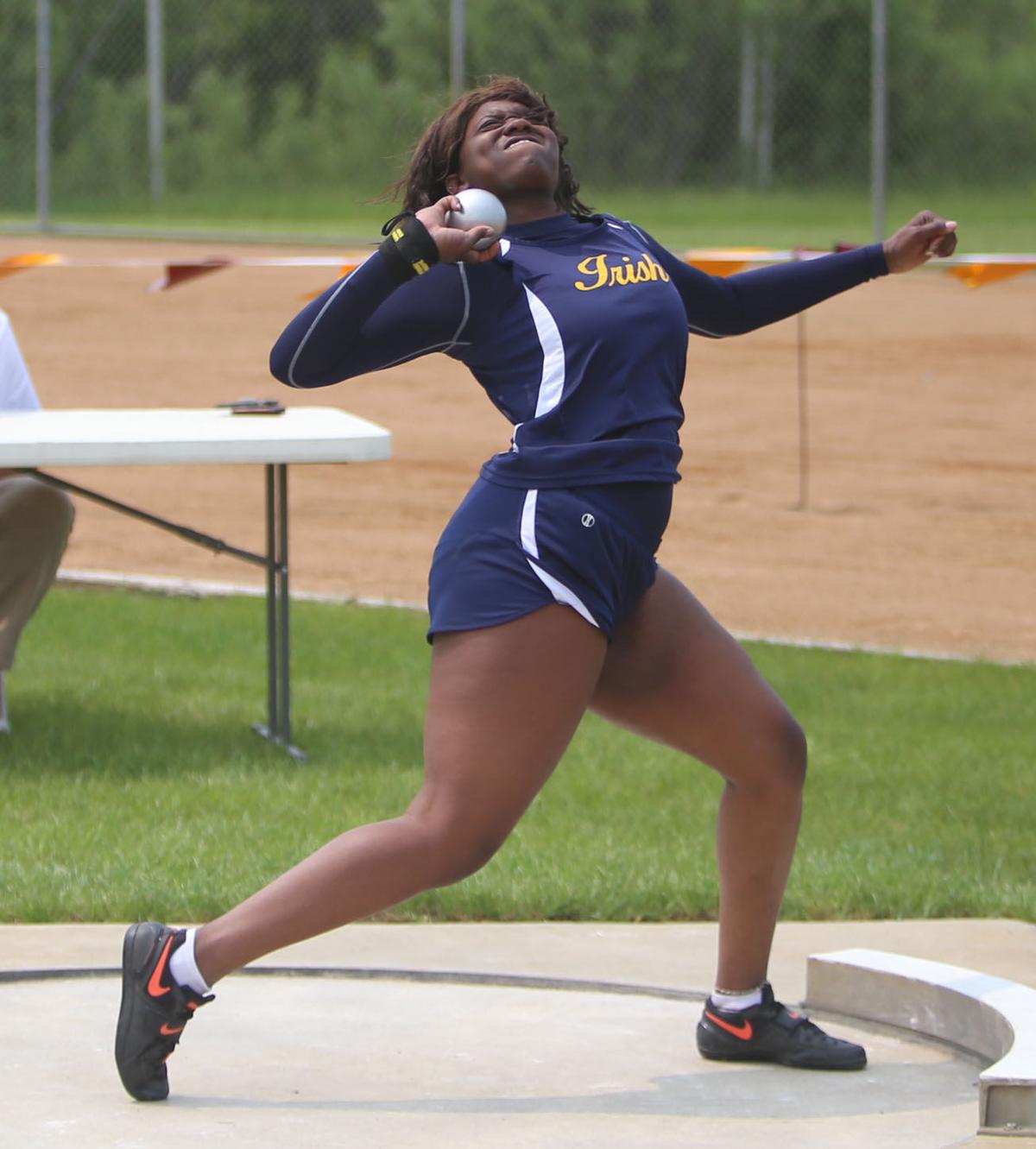 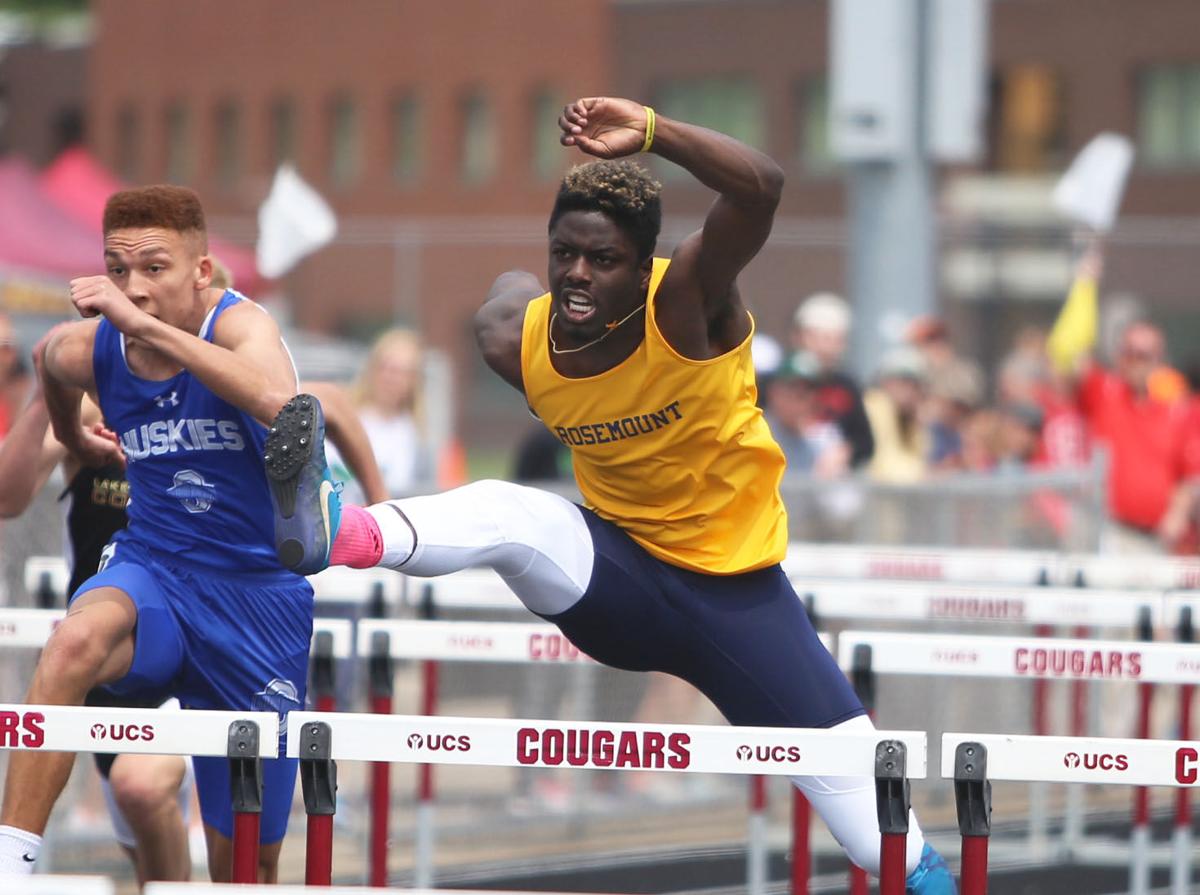 The Class AA state track and field meet at Hamline University on June 7-8 is going to be a sea of green and yellow after the Rosemount boys' and girls' track teams combined to have 24 different entries qualify. A result of those 24 entries and just as many finals appearances led to both Irish teams dominating the Section 1AA meet at Lakeville South on Thursday, May 30, and Saturday, June 1. The Irish girls beat second-place Farmington by more than 80 team points with 176.5 while the boys won their title with 143, more than 60 points ahead of runner-up Lakeville South. The two teams also combined to win 12 event championships.

Those champions who are headed to state for the girls are senior Lauren Peterson in the 1,600-meter run and the 3,200, freshman Ava Cinnamo in the 300 hurdles, the girls' 4x400 relay team, junior Lauren Preiner in the high jump, senior Lexy Berger in the pole vault and senior Tierra Doss in the shot put. For the boys were senior Luke Labatte who also swept the 1,600 and 3,200, junior Jonathan Mann in the 110 hurdles, the boys' 4x800 relay and senior Max Otterdahl in the shot put and discus.

Also qualifying for state are senior Arianna Passeri in the 100 and long jump, freshman Jenna Johnson in the 400, senior Rose Sieve in the 300 hurdles, the girls' 4x200 and 4x800 relays and Berger in the high jump. Junior Prince Nti qualified in the 100, sophomore Brian Boakye-Ansah in the 400, the boys' 4x200 relay team and junior Cameron Schulz in the pole vault.

Below is the full list of state qualifiers and finals results from Lakeville South:

Passeri took seventh in the 100 with a time of 12.46 seconds as she and the top eight finishers in the event all qualified for state by beating the standard qualifying time. Senior Taya Buchman took sixth in the 200 with a time of 26.82, Jenna Johnson qualified with a second-place finish in the 400 with a time of 58.75 while senior Amber Johnson finished third in 59.34. Eighth-grader Taylor Heimerl finished fifth in the 800 (2:21.09) and sophomore Makayla Bishop placed eighth with a 2:28.78.

The Rosemount girls 4x100 relay team took fourth with a time of 50.35, the 4x200 team of Passeri, senior Sydney Essler and Jenna and Amber Johnston took second in 1:43.86 and qualified for state, the Irish 4x400 team of Cinnamo, Jenna and Amber Johnson and Peterson took first and qualified for state with a time of 3:59.72 and also heading to state is the 4x800 relay of Bishop, Islas, Heimerl and sophomore Lucy Jagoe (9:40.15).

Preiner won the high jump with a leap of 5-5, while Berger took second with a 5-2 and both are on to state. Sophomore Ashley Criddlebaugh tied-for-third with a mark of 5 feet. Berger is on to state again in the pole vault after winning with a vault of 11-6 and fellow senior Tess Durscher took seventh with a height of 9-9. Passeri took second in the long jump to move on to state with a distance of 18-1, while Essler finished 10th with a 15-8.25. Criddlebaugh was also third in the triple jump with a mark of 36-0.75, Passeri finished fifth with a 35-7 and Preiner placed eighth (34-9).

Senior Antwan Harris took seventh in the high jump with a leap of 5-10 while senior Joseph Van Buren and sophomore Aiden Buendorf both tied-for-11th with heights of 5-8. Junior Cameron Schulz is on to state in the pole vault after taking second with a vault of 13-3 and junior Basheer Alam took seventh with a height of 12 feet. Junior Gary Afram finished third in the long jump with a leap of 20-3.75 and took sixth in the triple jump with a 41-3.50, while McDonald placed fourth (41-4.50). Otterdahl is back to state in both the shot put (63-7.25) and discus (183-6) after winning section titles in both. Junior Trevor Armborst took third in the shot put with a throw of 50-3 and senior Spencer Olson placed 15th (43-9.50). Sophomore Charles Barnick took 17th in the discus with a throw of 122 feet.