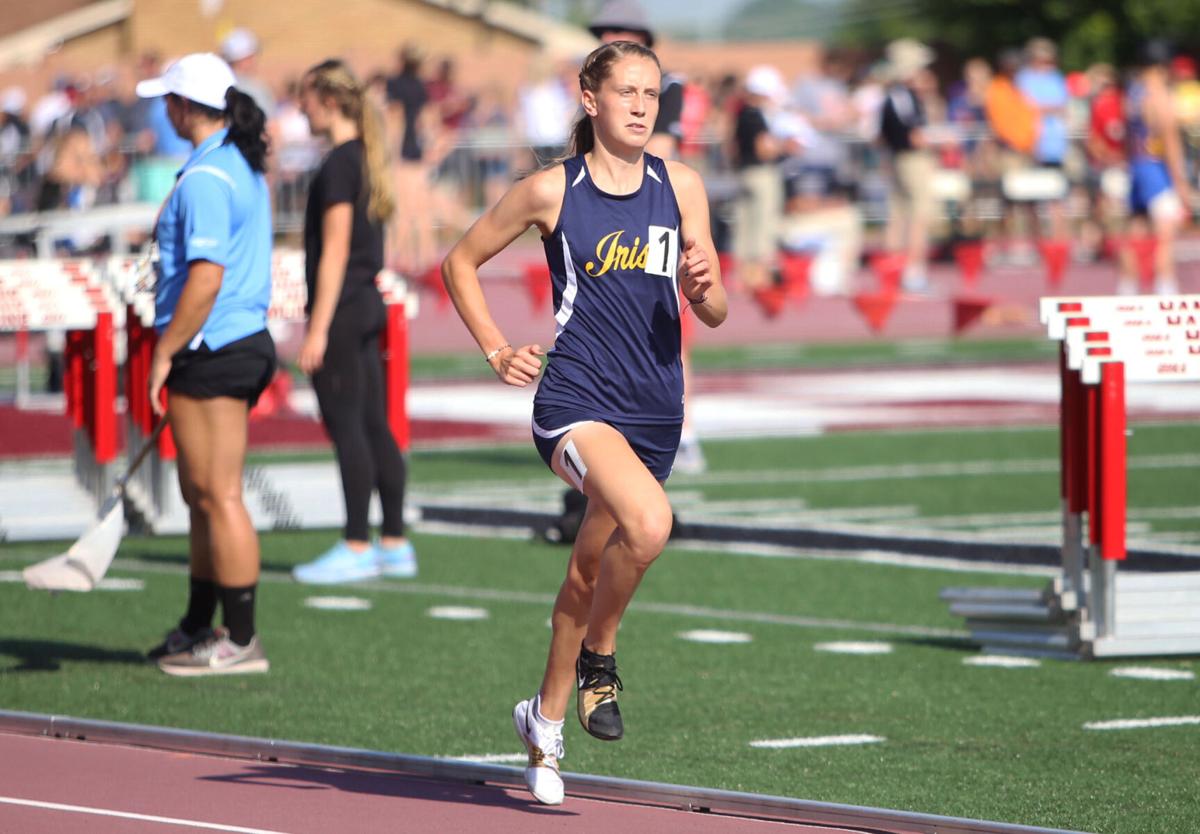 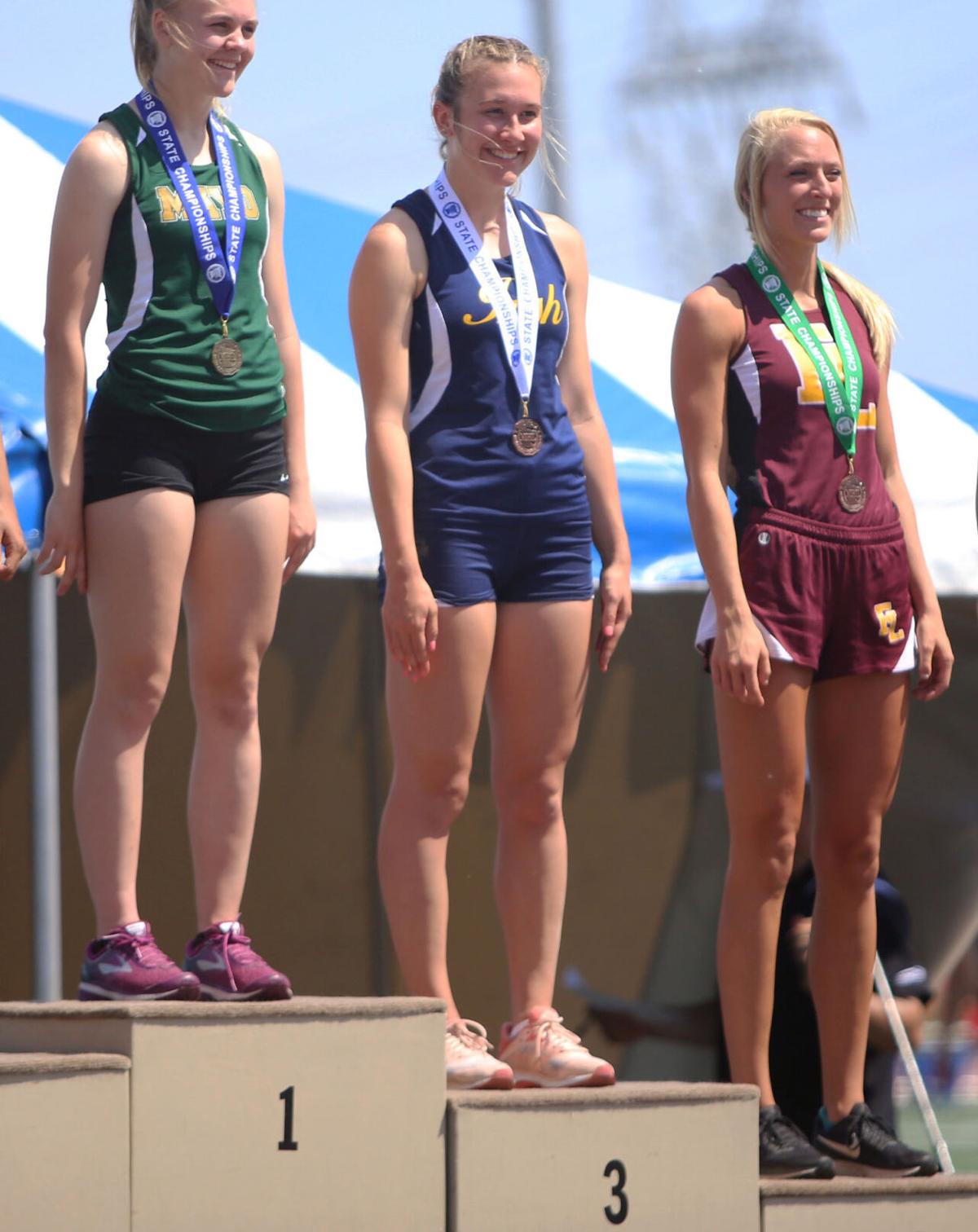 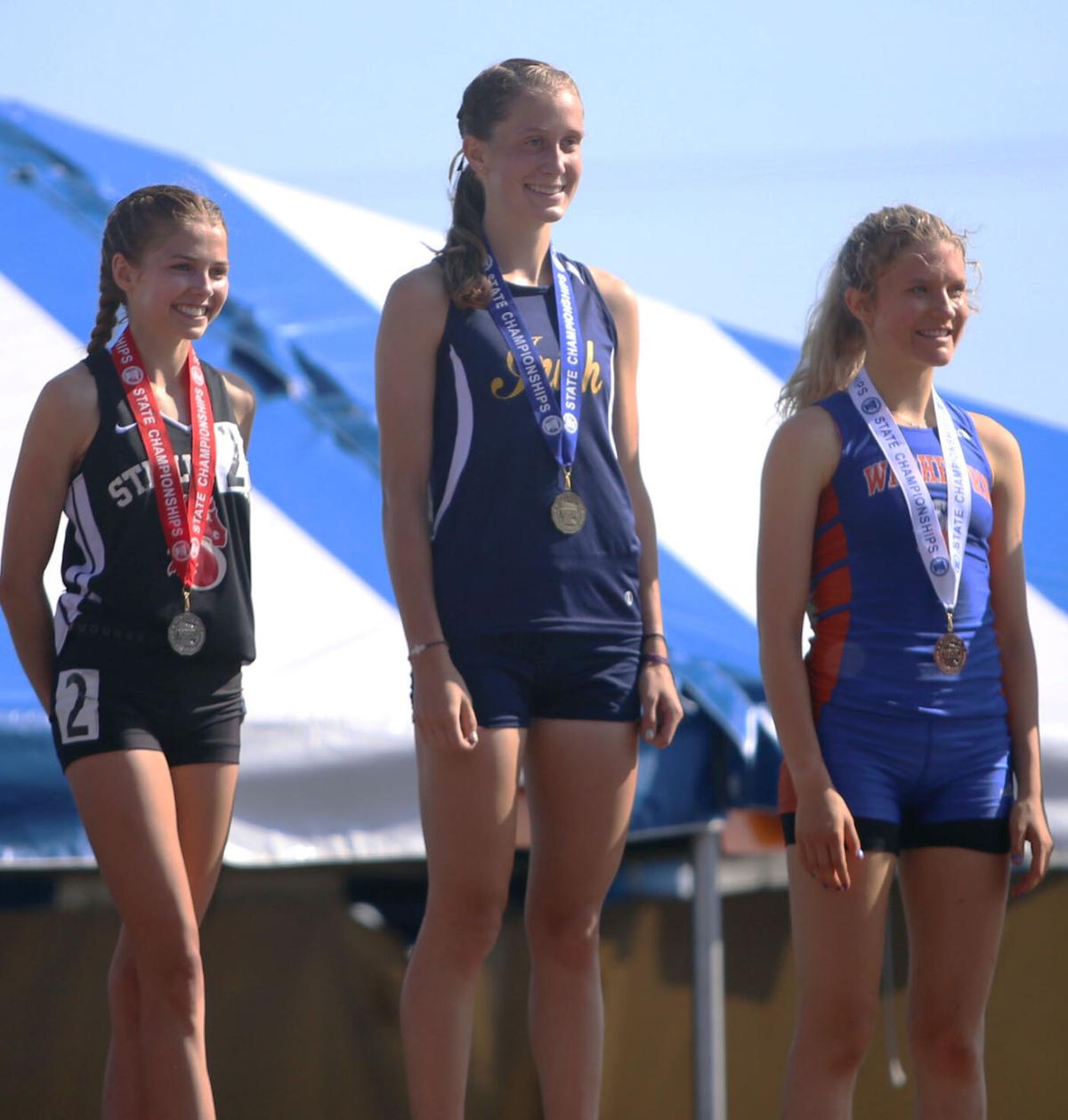 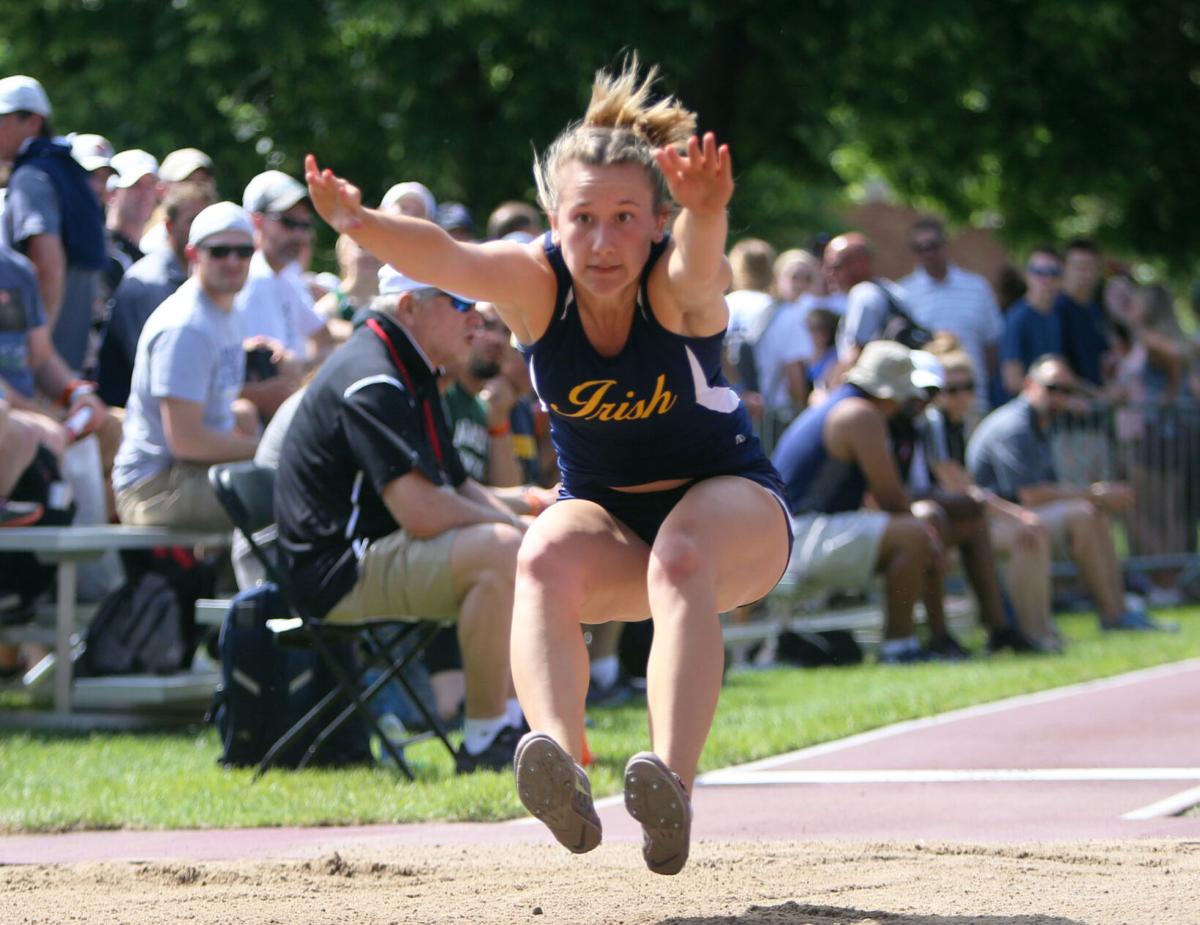 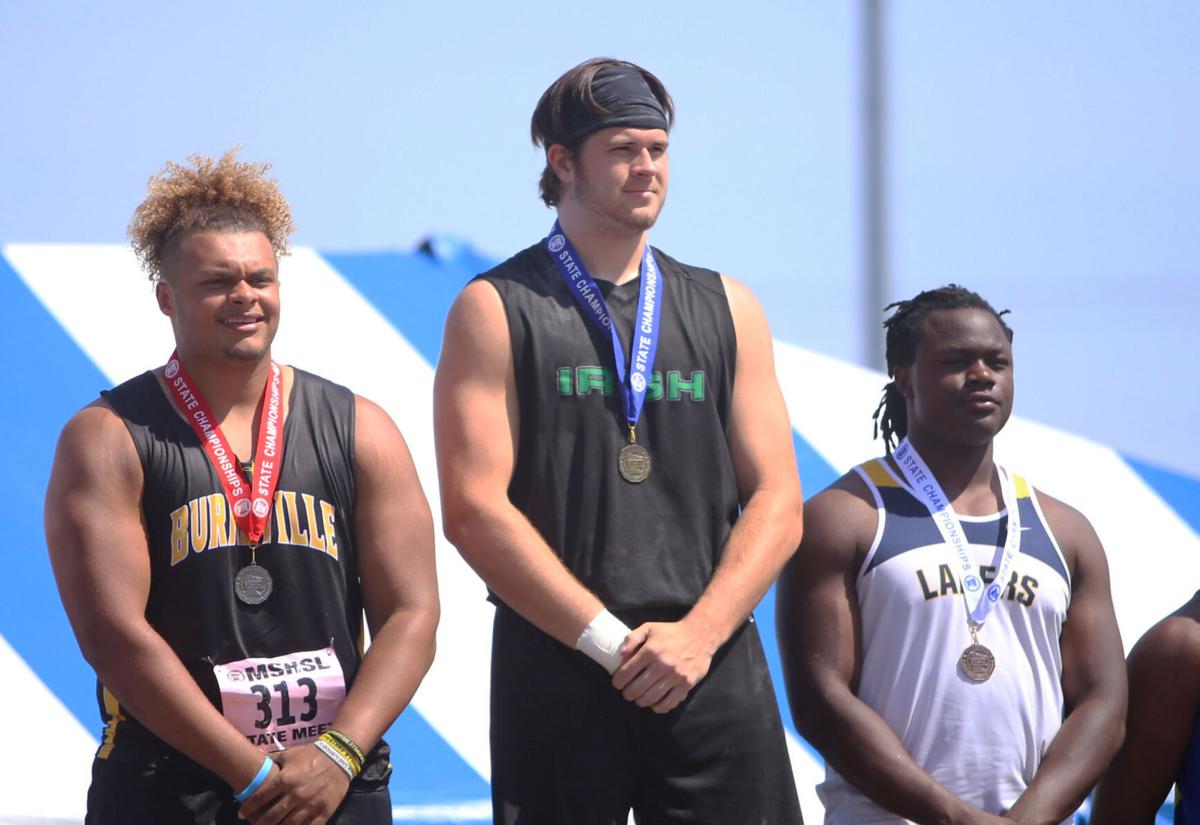 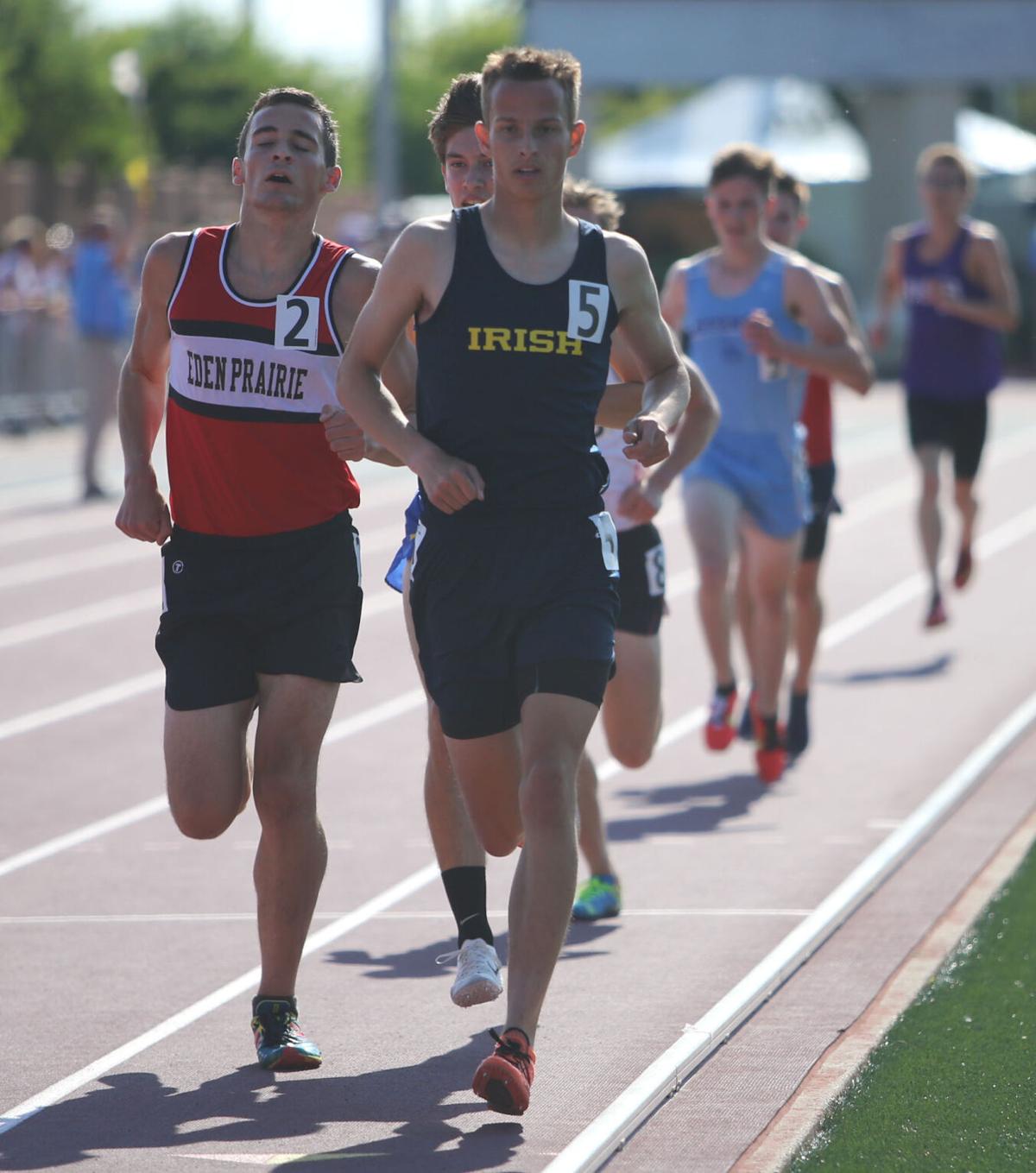 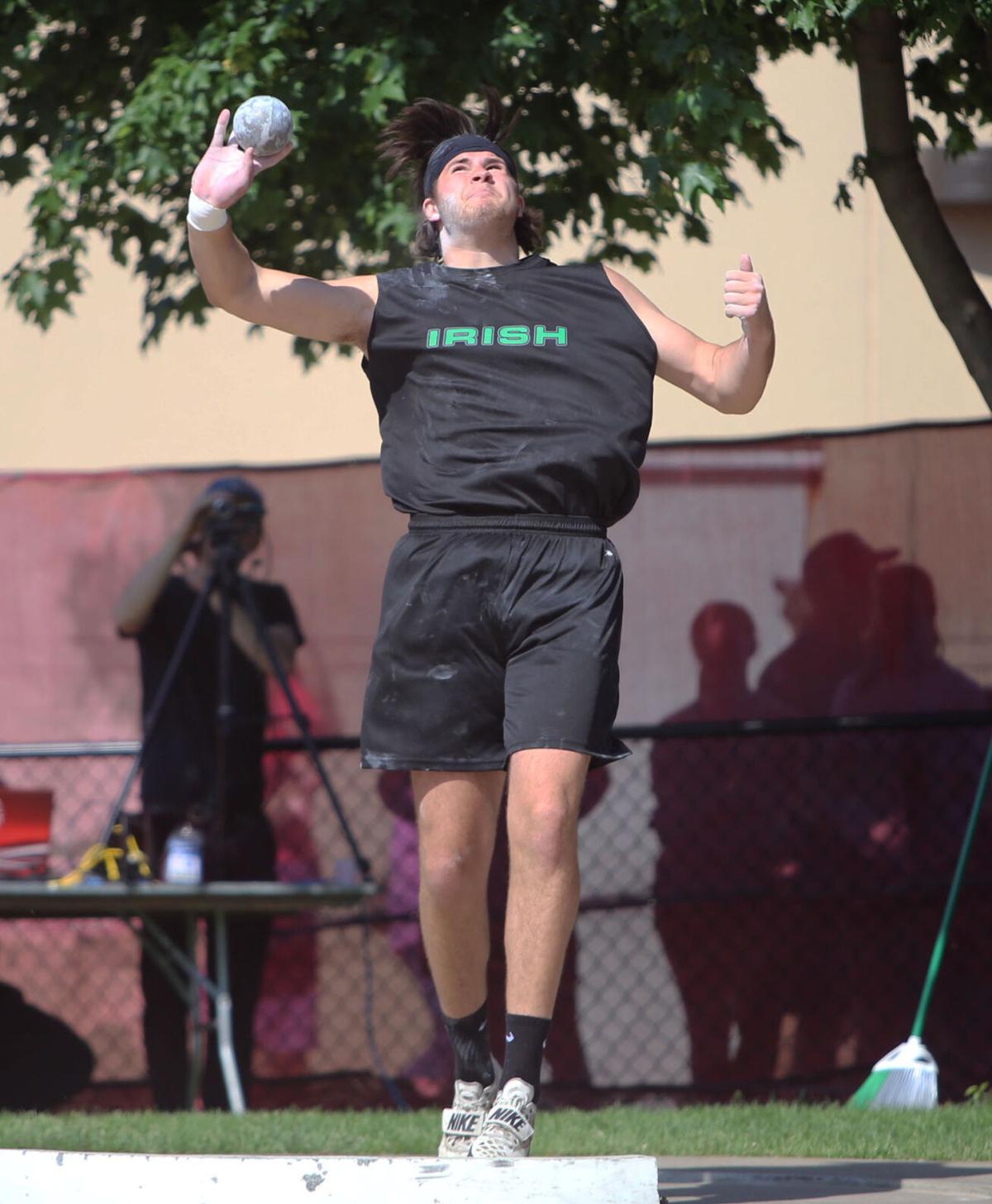 Rosemount seniors Max Otterdahl and Lauren Peterson both captured day one state championships Friday, June 7, at the Class AA state track and field meet. Otterdahl captured his second-straight shot put state championship with a throw of 64 feet, 4 inches which is a new personal record and school record for Otterdahl. Peterson won the 3,200-meter race with a time of 10 minutes, 38.03 seconds, out-racing Analee Weaver of Stillwater by just over two seconds. The effort of those two and several other podium finishes by Irish athletes in the day's field events catapulted the Rosemount girls to the team lead with 25.75 points while the Irish boys are in second with 18 team points, four behind Eden Prairie. Senior Arianna Passeri took third in the long jump with a leap of 17-11. Senior Luke Labatte finished fourth in the 3,200 with a time of 9:20.66, just over three seconds out of third. In the high jump, junior Lauren Preiner tied for third with a jump of 5-4 and senior Alexys Berger was 16th with a mark of 5 feet. Junior Cameron Schulz took 12th in the pole vault with a vault of 13 feet.

Sophomore Brian Boakye-Ansah took third in the prelims for the 400 with a time 49.25 to qualify.

The boys 4x200 relay took third with a time of 1:28.39 and also qualified. Joining them will be Peterson and Labatte in their respective 1,600 races, Otterdahl in the discus, Berger in the pole vault and senior Tierra Doss in the shot put.