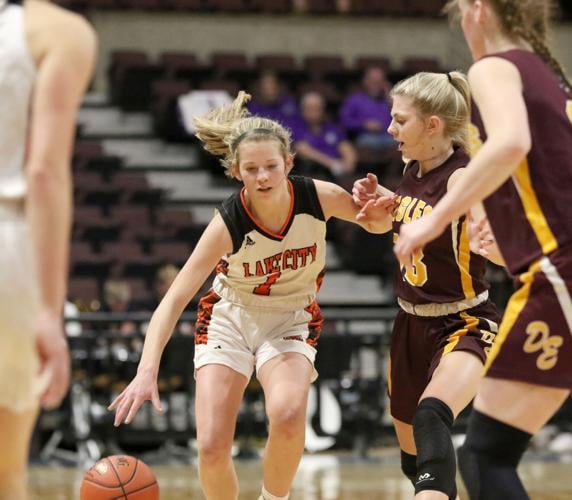 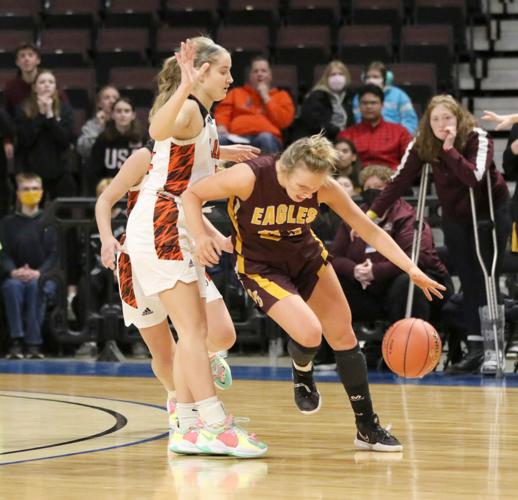 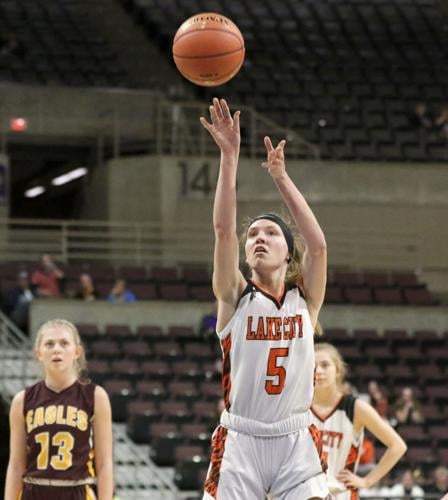 Natalie Bremer of Lake City (5) makes a free throw in the first half of a Section 1AA quarterfinal on Monday, Feb. 28. Martin Schlegel / O'Rourke Media Group 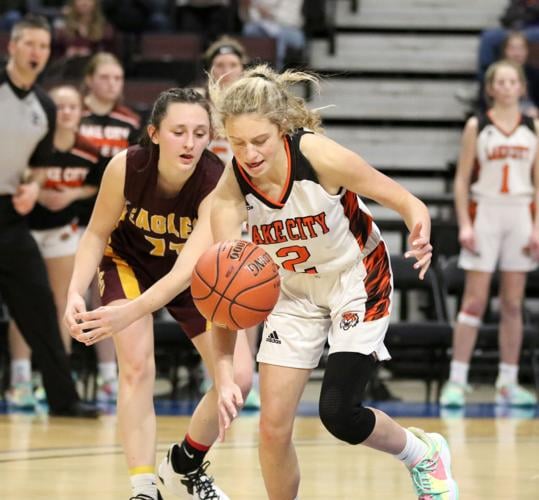 Lake City's Paige West (2) runs down a loose ball in the second half of a Section 1AA quarterfinal on Monday, Feb. 28. Martin Schlegel / O'Rourke Media Group

Natalie Bremer of Lake City (5) makes a free throw in the first half of a Section 1AA quarterfinal on Monday, Feb. 28. Martin Schlegel / O'Rourke Media Group

Lake City's Paige West (2) runs down a loose ball in the second half of a Section 1AA quarterfinal on Monday, Feb. 28. Martin Schlegel / O'Rourke Media Group

All Jacey Majerus and Natalie Bremer could do was watch from the bench. The two had each fouled out in the second half but refused to sit down. They stood at the end of the bench, hoping and willing their teammates to pull through.

“I was hopeful of my team although I was nervous,” Majerus said after the game. “I had faith in my team. We do this in practice and work on these situations. To be in this position right now is really great.”

Paige West made a pair of free throws to give the Tigers a three-point lead in the final seconds of overtime. Dover-Eyota inbounded and rushed up the court, heaved a long 3-point shot that went wide. The ball went out of bounds with 1.1 seconds left. The Eagles had one final chance to try and extend the game but couldn’t.

The Eagles brought the press, which gave the Tigers fits, they outmuscled the Tigers for rebounds all night and downright frustrated the Tigers with a much more physical approach than in the previous meeting between the two.

“They were a lot more aggressive this time. They were on a winning streak for a while. We came in a little nervous,” Majerus said reflecting on the Dec. 11 game in which the Tigers won 70-59 and on the Eagles’ 15-game win streak.

When Majerus fouled out, she had 13 points. She was 100 percent at the free-throw line, a perfect 10-for-10. The junior is no stranger to big, high pressure situations. Yet no one, not even she could have predicted she’d shoot 100 percent at the line.

“I have never been 100 percent. I'm not that good, usually, at free throws,” Majerus said. Coming into the game, she was shooting 37 percent at the line. “I have had a lot of help from Coach Hoyer this week on my shooting form and my shooting position.”

The Tigers needed Majerus’s shots in the second half to either take the lead or tie the game. As a team, the Tigers shot 22 of 23 at the free-throw line. Seemingly after every made free throw, the Eagles came back with a bucket of their own within 10 seconds in the final five minutes of the second half.

The intense and whiplash of highs and lows could be condensed down to one play in which both sides of the gym were on their feet.

Of course, the Tigers did all they could to win the game. Yet, wouldn’t have been in overtime if it weren't incredible ball luck. Dover-Eyota star Malia Nelson cut hard to the hoop and got the layup off in time before the buzzer to end regulation. The ball rolled around the rim, tantalizingly close to going in. Somehow the ball rolled to the back of the rim and off to the side where Lake City rebounded as the buzzer went off.

Mahli Benjamin came out and made the first 3-pointer of the game for the Tigers in the second half. It sparked the team to shoot 6 of 9 from beyond the arc, getting shots from Majerus, Ella Matzke and Macey Beltz.

“There were a bunch of girls who had their number called tonight at different situations,” Olinger said. “They came to play for us, and they did the things we asked of them and even a little bit better.”

Olinger could see and feel the frustration of the players from the fouls called on the Tigers and some of the poor shooting that had occurred in the first half. The elation afterward was something he had hoped to feel as a coach.

“To see the smiles on everyone's faces and see the pure joy in the locker room was great,” Olinger said. It was pure joy because it was filled with some of the highest and lowest points in an emotional spree from up seven, to two turnovers in a row and back and forth. Trying to contain those to the best of ability was a difficult task.”