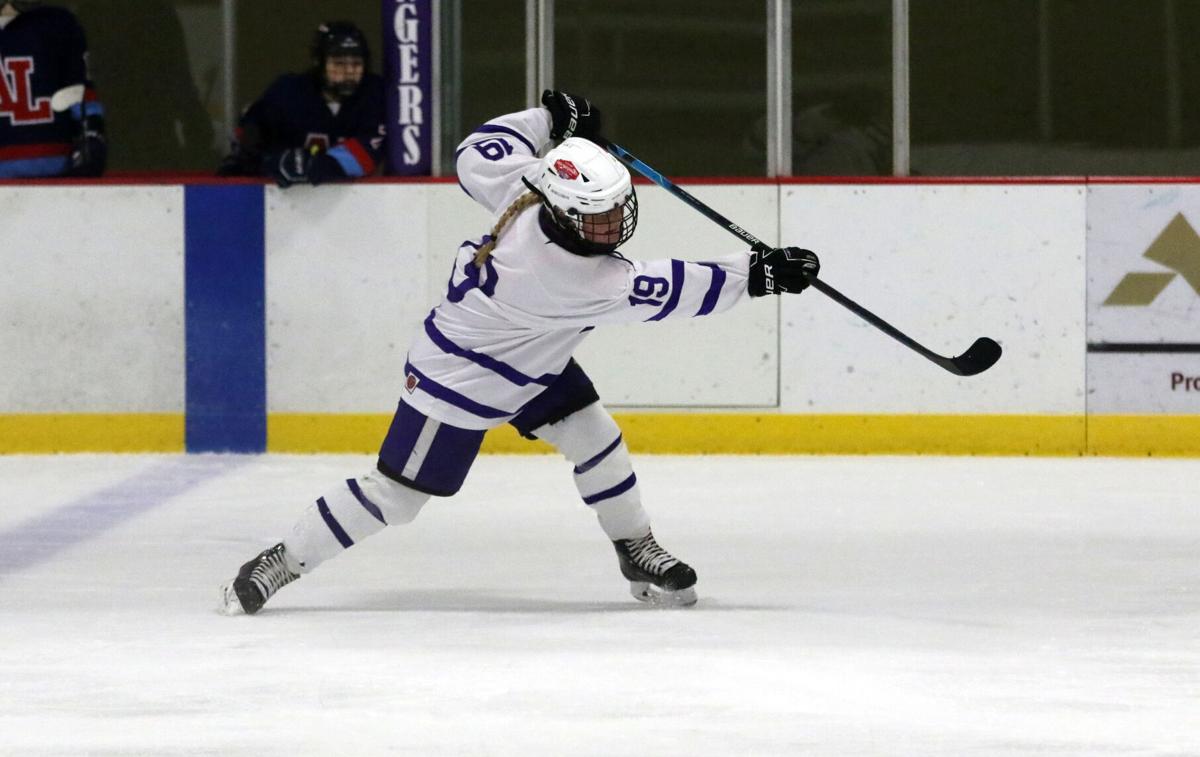 Allie Kruger follows through on a slap shot in the Winger's home opener Thursday. Kruger returns as one of the top defensemen on the team. Martin Schlegel / O'Rourke Media Group 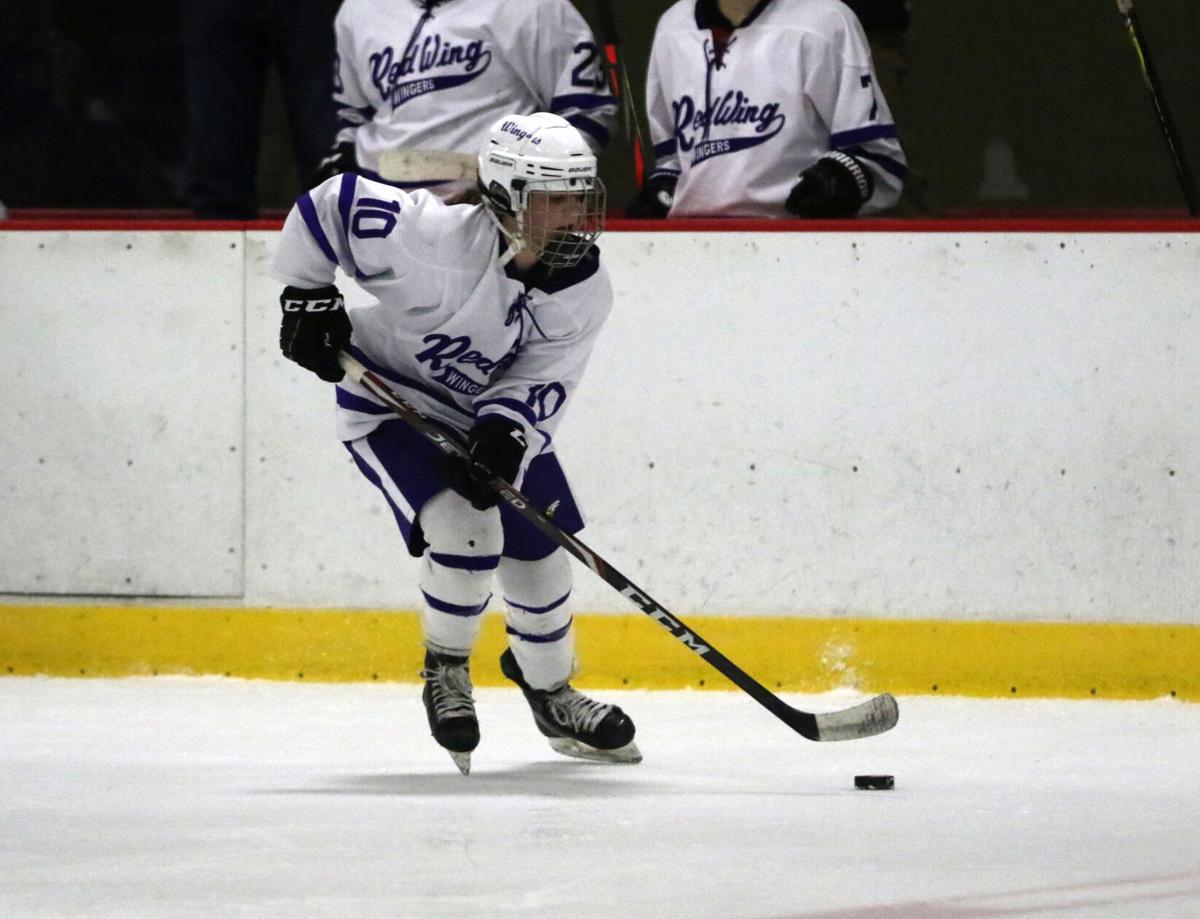 Allie Kruger follows through on a slap shot in the Winger's home opener Thursday. Kruger returns as one of the top defensemen on the team. Martin Schlegel / O'Rourke Media Group

The start of the season has been tough for the Red Wing girls hockey team. In its home opener against Albert Lea Thursday evening, an 8-1 loss, the Wingers had just two forward lines and three defensemen available.

Injuries and illness have severely cut into the active roster. However, once everyone is feeling better, the Wingers will have three lines and four back on defense for a full lineup. Head coach Nicole Olson said that may be as soon as next week as the team starts to get some players back in the next couple days.

“So far this year we've had half the bench that any other team has had, that's tough,” Olson said. “Roll two lines and three D, that's unheard of at the varsity level. It's unfortunate, but the girls remain up for the challenge.”

Despite some losses to begin the season, the Wingers have continued to push ahead. Madison Snyder and Jamie Chaska were the two lone senior skaters in the home-opener. They, along with some the other forwards have been, in a way, trying out to keep their top spots once the full lineup hits the ice.

Olson said she’s liked some of what she’s seen from that group early on and sees some competition for top forward lines when healthy.

“That makes it more challenging for coaches to put lines together when we have everyone healthy,” Olson said. “That's what successful teams need when you can throw out a third line and be competitive with.”

To be successful, the Wingers will be relying on their two strong centers, sophomores Tatum Zylka and Aftyen Bluhm, as well as sophomore Allie Kruger on defense.

Kruger and sophomore Nora Meyer and eighth grader Amelia Grove have been in charge of holding it down defensively. Grove stepping into a major role right away as the lone varsity eighth grader has been helpful and will be as the season goes on.

In net is returning goalie Allie Meyer. Olson said it’s still just her second season putting on the goalie pads. Yet she’s committed to improving and wanting the same of her teammates.

A relatively young team, Olson said once the team gets settled in and gets a full lineup back the Wingers can get back to working hard, system hockey.

“We know we're young. We know we don't have a ton of depth, but we need to continue to do what other teams recognize us for and that's being a hard-working, never give up mentality,” Olson said. “We don't always have the top players in the state stacked on our team, but we work hard. We're not afraid to dig in and do the gritty work.”