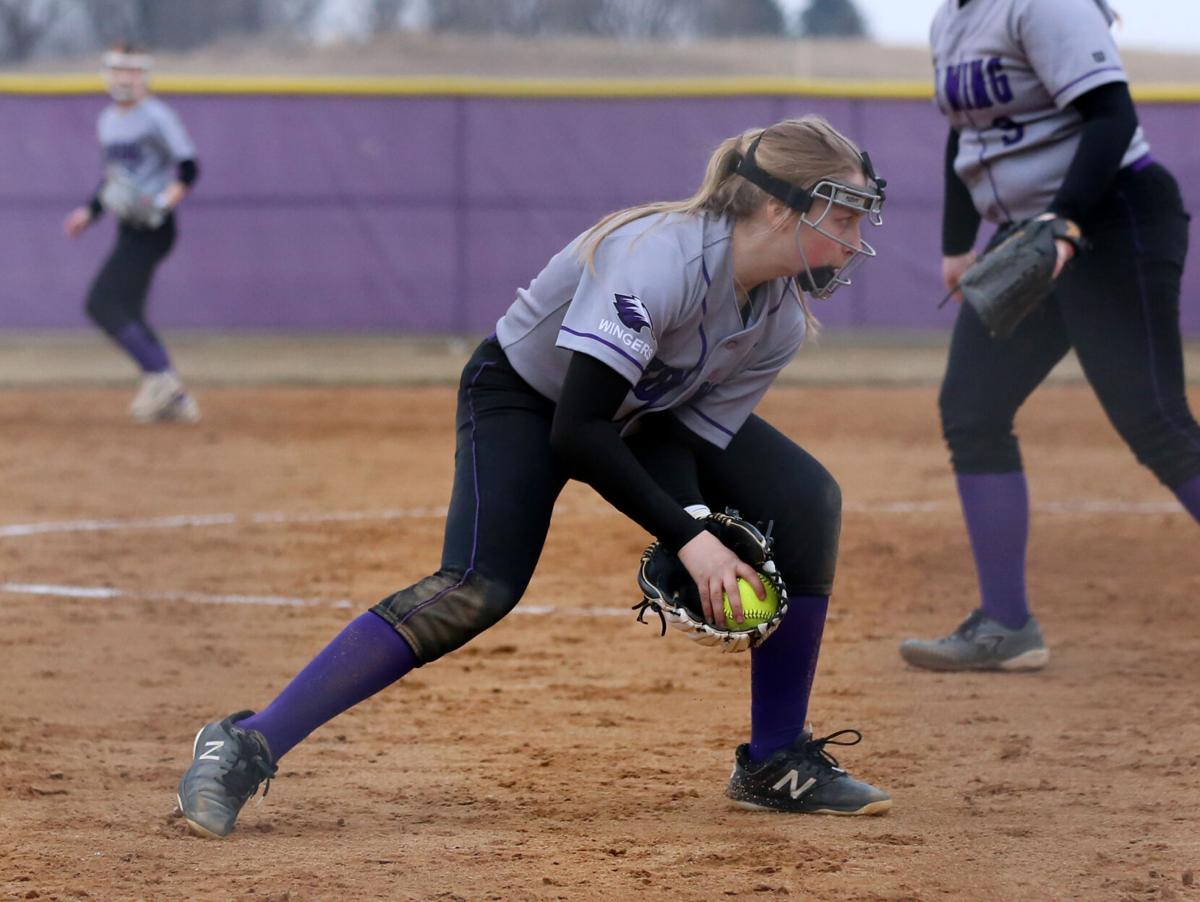 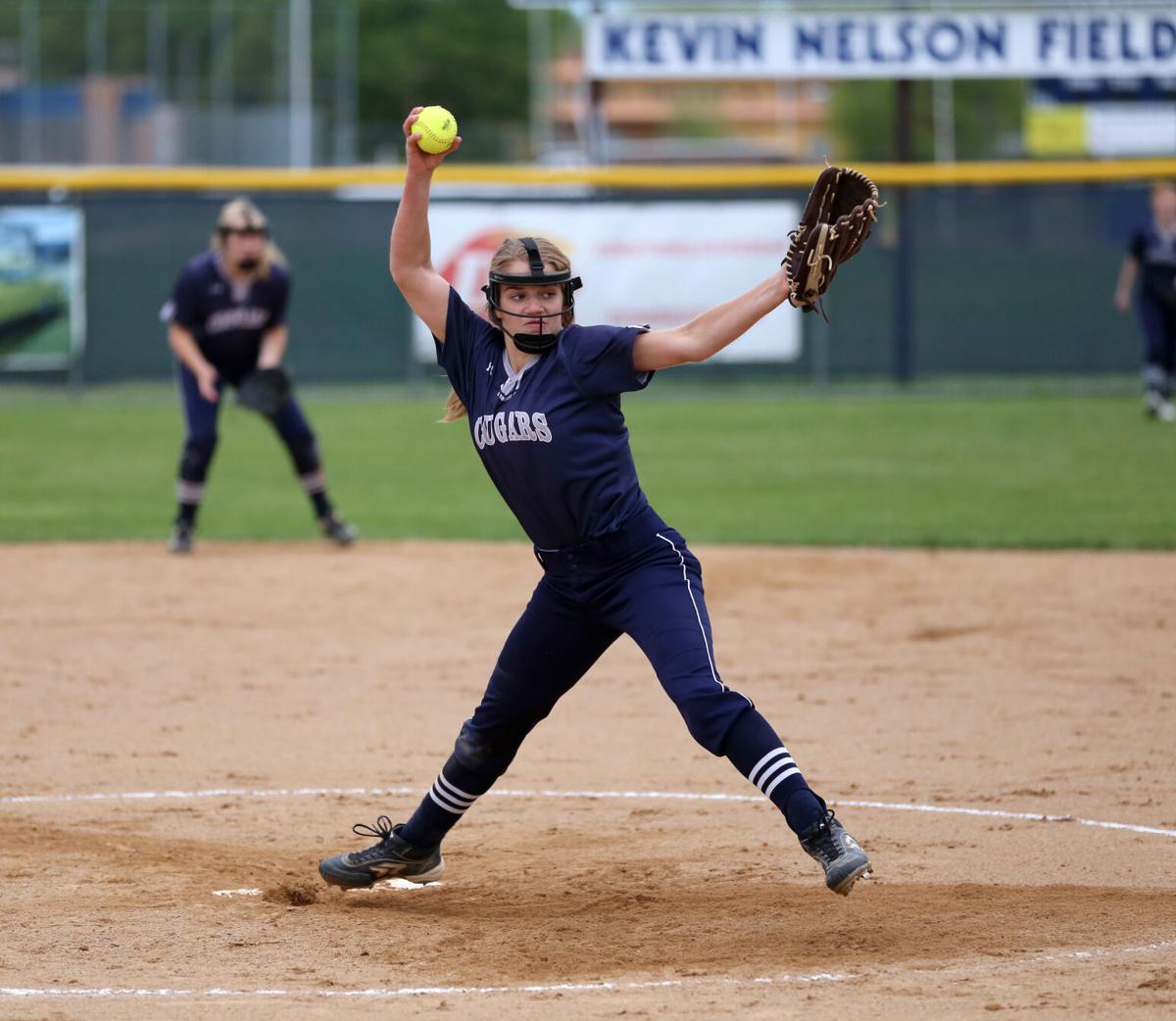 Avery Steffen of Zumbrota-Mazeppa delivers a pitch during a 2019 Section 1AA game against Dover-Eyota. File photo

Avery Steffen of Zumbrota-Mazeppa delivers a pitch during a 2019 Section 1AA game against Dover-Eyota. File photo

A late start to the season and warmer weather than usual has been beneficial to every spring sport but it’s rare when softball teams don’t start the season inside a gym. This year area teams were able to head out to the dirt right away, which is arguably more important than any previous year considering the two-year pause due to the COVID pandemic.

Although some area softball players were able to play in summer or fall leagues last year, it’s been 23 months since anyone played together as part of a high school team. With just two weeks of practice before games appeared on the schedule, and many new faces in the lineups, the Republican Eagle has compiled a list of everything you need to know about the upcoming season for area teams.

Early load falls on the mound

In the first few games of the season, it’s expected that batting and defense will be a step behind the pitchers as everyone gets back up to speed after a lengthy break. That’s to the benefit of the area’s teams as some of the most experienced returning players are pitchers. At the top of that list are Zumbrota-Mazeppa’s senior duo of Avery Steffen and Sarah Mensink.

“Sarah and Avery are really tough. They're gonna be, I think, as good as most pitchers in the area,” Z-M head softball coach Kevin Nelson said. “She (Avery) looks really tough in practice, and she's just increased her velocity and increased her number of pitches. I look for her to be a dominant pitcher.”

Not far off from that pairing is Goodhue senior pitcher Torrie Rehder. She has pitched varsity since her freshman year and will be paired with fellow senior Arianna Thomforde as the catcher once again.

Red Wing will be no slouch in the circle either as Amira Ramstad and Bri Tix return as the lead pitchers.

Although few teams will be fielding a team with a ton of varsity veterans, none of the area teams has an empty cupboard of experience. Red Wing returns seven with some varsity playing time, while Z-M and Lake City bring back six, and Goodhue has four returning seniors with extensive experience.

Red Wing will be led by Abby Boxrud, who has done a little bit of everything for the Wingers. The St. Thomas commit has played outfield and infield and will be the team’s backup catcher as well.

“She’s very good, she’s fast and will be our leadoff hitter,” Bohmbach said.

Elle Brandt and Sarah Wiederich are key returners at shortstop and second base, respectively. Meanwhile Tatum Harris will make her return to the infield and Kennedy Knopp, now a sophomore, is back after logging some time as an eighth grader.

“They would have gotten a lot more playing time and seasoning if they would have had a season last year but they know the system, they just haven’t had a lot of varsity time.”

For Z-M, Maddie Stensland returns as a four-year starter, with Steffen and Mensink, but three fellow seniors have had limited varsity experience. The leadership qualities are there however, and Nelson said their overall knowledge of the game puts them a step ahead of other teams.

“When you look at the history of the program, I think that’s going to be our strength is the fact that we have good JV coaches and junior high coaches and the kids put time in the offseason,” he said. “That's going to, I think, separate a lot of teams this year from being an average team to being among the best teams in the area.”

Lake City returns six seniors — five of which played on the varsity squad two years ago.

“We do think we're going to have some good experience with them not coming in blind,” Lake City head softball coach Jackie Betcher said. “We've been working hard on our hitting so I think we've got some good contact hitters this year.”

Similar to the other area schools, Goodhue returns four senior starters — all of which play important roles. Rehder will pitch, Thomforde will catch, Hannah Gadient is at shortstop and Lexi Callstrom will lead the outfield at left field.

Expectations are not taking a dip

With every team returning a sizable chunk of its lineup, season goals are remaining optimistic. Bohmbach said the Wingers lost eight players since the last time they’ve played but they haven’t lost any talent.

“I think we’ll do well and surprise people,” he said.

Perennially at the top of the conference, Nelson said he expects the Cougars to be there again at the end of the season, but he also doesn’t want to put the cart before the horse.

“Our goal right now is to make sure at the end of the season, we are capable of playing and don't get knocked out of the playoffs by COVID. Our goal is if we are knocked out, to have somebody beat us,” he said.

While Goodhue and Lake City aren’t quite setting their sights as high as Z-M, there’s a realistic chance that both can make a push towards the top of the Hiawatha Valley League standings this season and make some noise in the section playoffs.

“I think this team is really looking to try to make a little bit deeper run in the playoffs,” Opsahl said. “We just need to get on the field more, get comfortable playing again just like everybody else.”

Although the season is on, COVID is still a persistent concern in the area. Due to that, the softball season will have added precautions compared to some of the other spring sports.

Similar to some of its winter sports counterparts, softball teams will be required to wear masks while on the field of play and in the dugout. Social distancing will also be required in the dugout so it’s likely that players will extend down the foul line in many instances.

Spectators, however, will not be limited. They will be required to wear masks and remain socially distant though. With no spectator limitations currently in place, there is no plan for any of the area teams to provide streaming options for those not in attendance.

Despite the added requirements, the general consensus among all of the teams is gratitude for getting to play a season.

“They're just all happy to be back together and grateful to finally have the opportunity to play,” Betcher said.