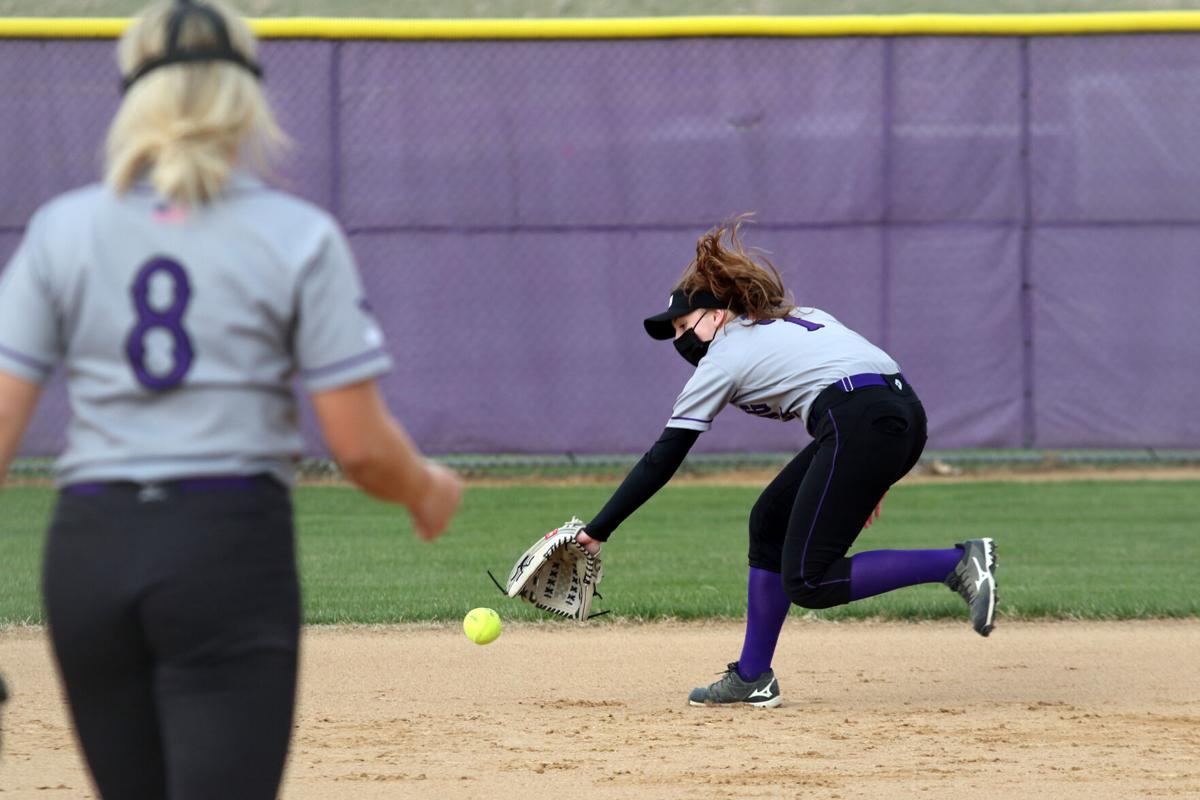 Teagan Walter (1) tracks down a ground ball from first base during a game against Rochester Mayo on April 20, 2021 at Red Wing High School. Jake Pfeifer / Republican Eagle 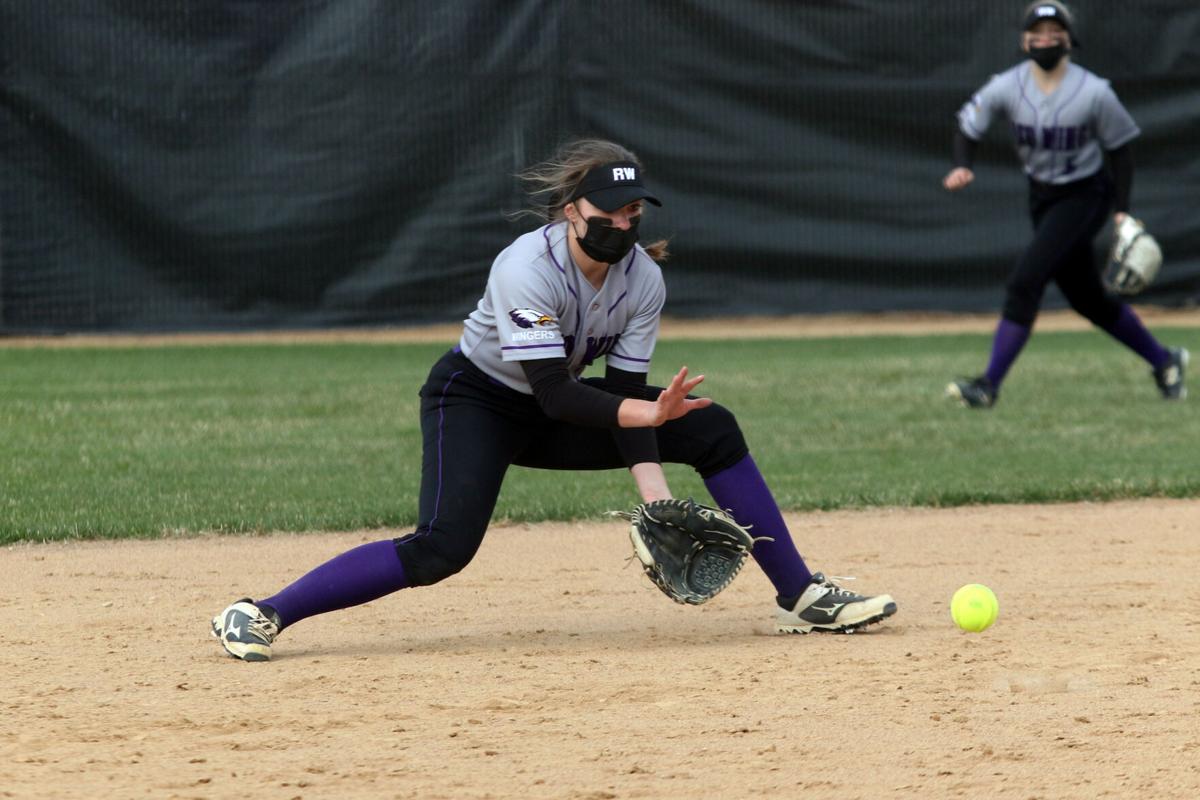 Elle Brandt gets into position to scoop a ground ball during a game against Rochester Mayo on April 20, 2021 at Red Wing High School. Jake Pfeifer / Republican Eagle 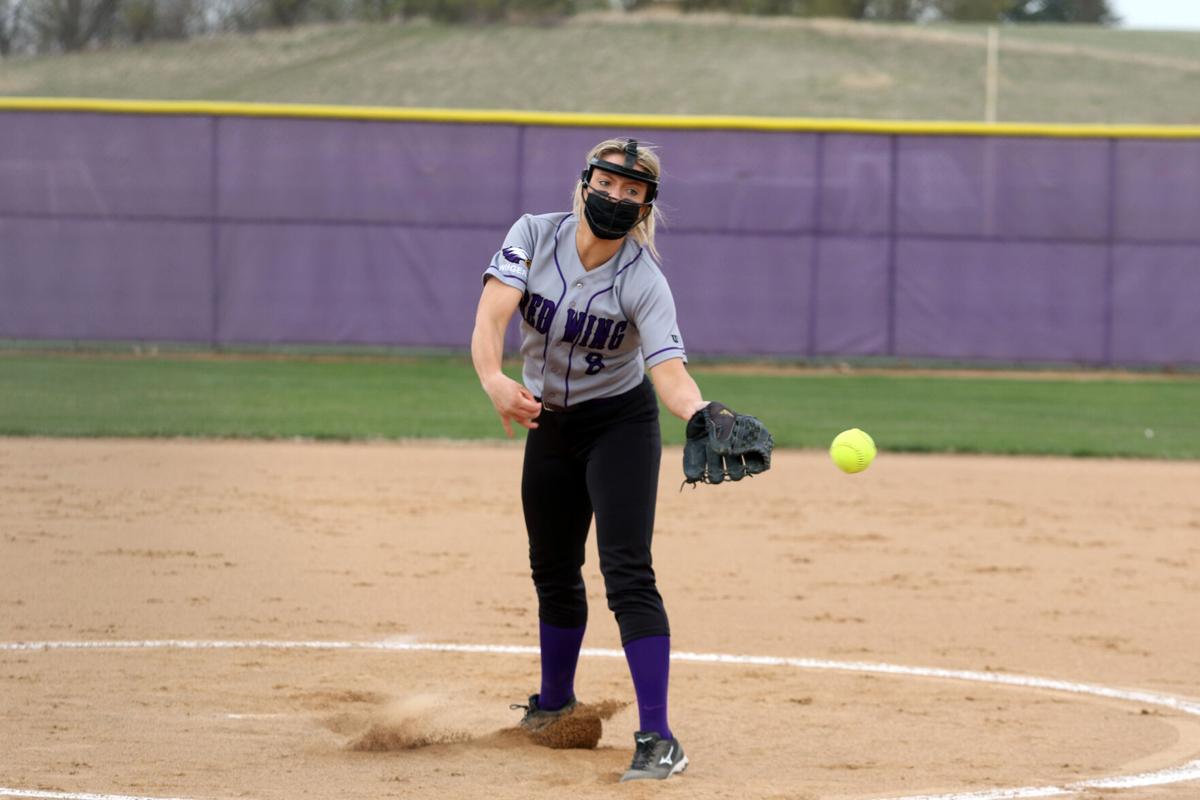 Teagan Walter (1) tracks down a ground ball from first base during a game against Rochester Mayo on April 20, 2021 at Red Wing High School. Jake Pfeifer / Republican Eagle

Elle Brandt gets into position to scoop a ground ball during a game against Rochester Mayo on April 20, 2021 at Red Wing High School. Jake Pfeifer / Republican Eagle

RED WING — What started off as a close contest between Red Wing and Rochester Mayo ultimately ended as a lopsided victory for the Spartans. After trailing by three runs early in the game, Red Wing surrendered double-digit runs by the end of a 15-1 loss Tuesday.

By the end of the third inning, Red Wing was down 3-0. However, the Wingers were fortunate to keep the score close as Mayo had a total of eight baserunners in that span. Not only that, but the Spartans stranded a runner at third base in all three innings as well as a runner at second base in the first and second innings.

Red Wing’s ability to escape high-leverage situations came to a halt in the fourth inning though as Mayo scratched across five runs to put the Wingers at risk of being 10-runned. The Wingers held firm in the fifth inning, shutting down the Spartans offense but it unraveled in the sixth inning as Mayo scored seven more runs to go up 15-0.

Entering the bottom of the sixth inning, the game outcome was all but decided, but Red Wing still had plenty to play for. First among those reasons was to prevent a shutout. Along the same vein, although the Wingers had three baserunners up to that point, none had come via a base hit. So a no-hitter was also on the line.

Red Wing made good on preventing both from happening and ended the game on a high note as Abby Boxrud led the sixth inning off with a single to end the no-hit bid by Mayo pitcher Alexa Carlstrom. Later, a one-out RBI single by Amira Ramstad scored Boxrud to prevent the shutout.

Ramstad pitched all six innings for Red Wing and struck out eight batters while issuing five walks. She was charged with nine earned runs and gave up 18 hits.

Although Red Wing managed just two hits in the game, it was not for lack of contact. Winger batters were only struck out three times 21 total at bats. Kennedy Knopp was the only Winger to be walked.

Red Wing, 4-2, is next scheduled to travel to Owatonna on Thursday.