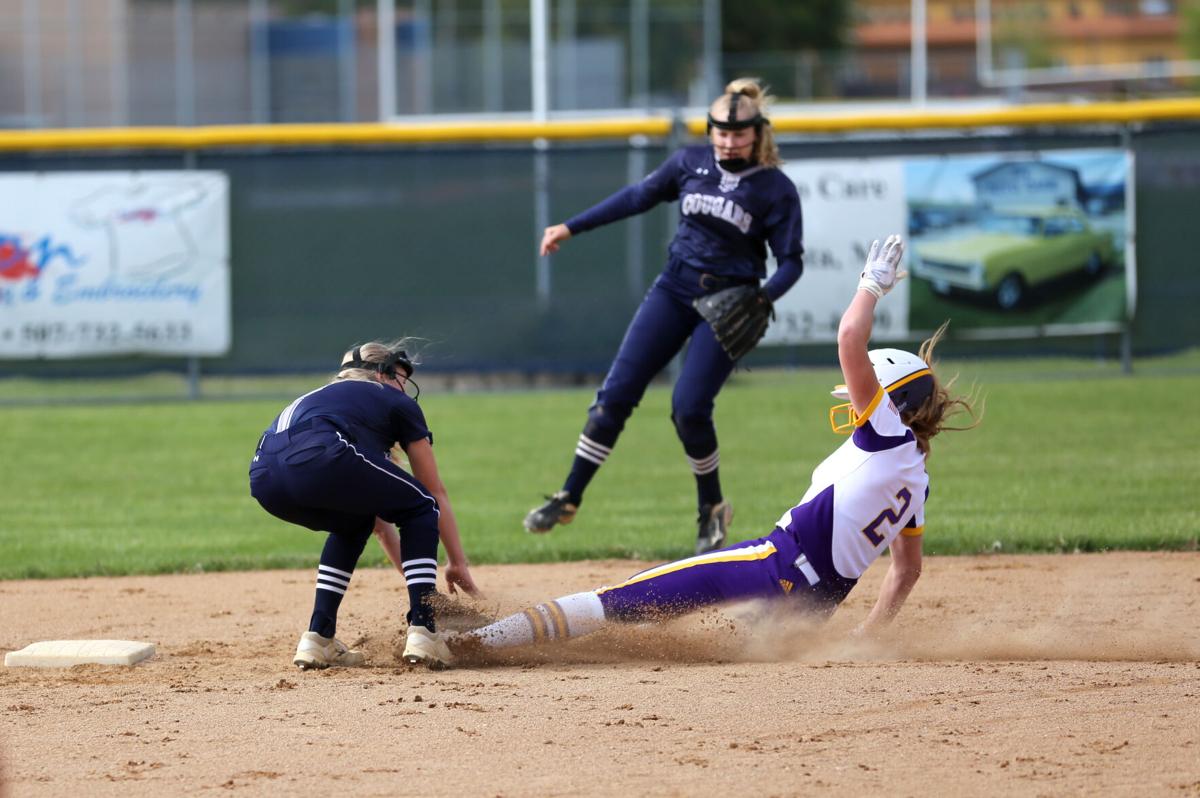 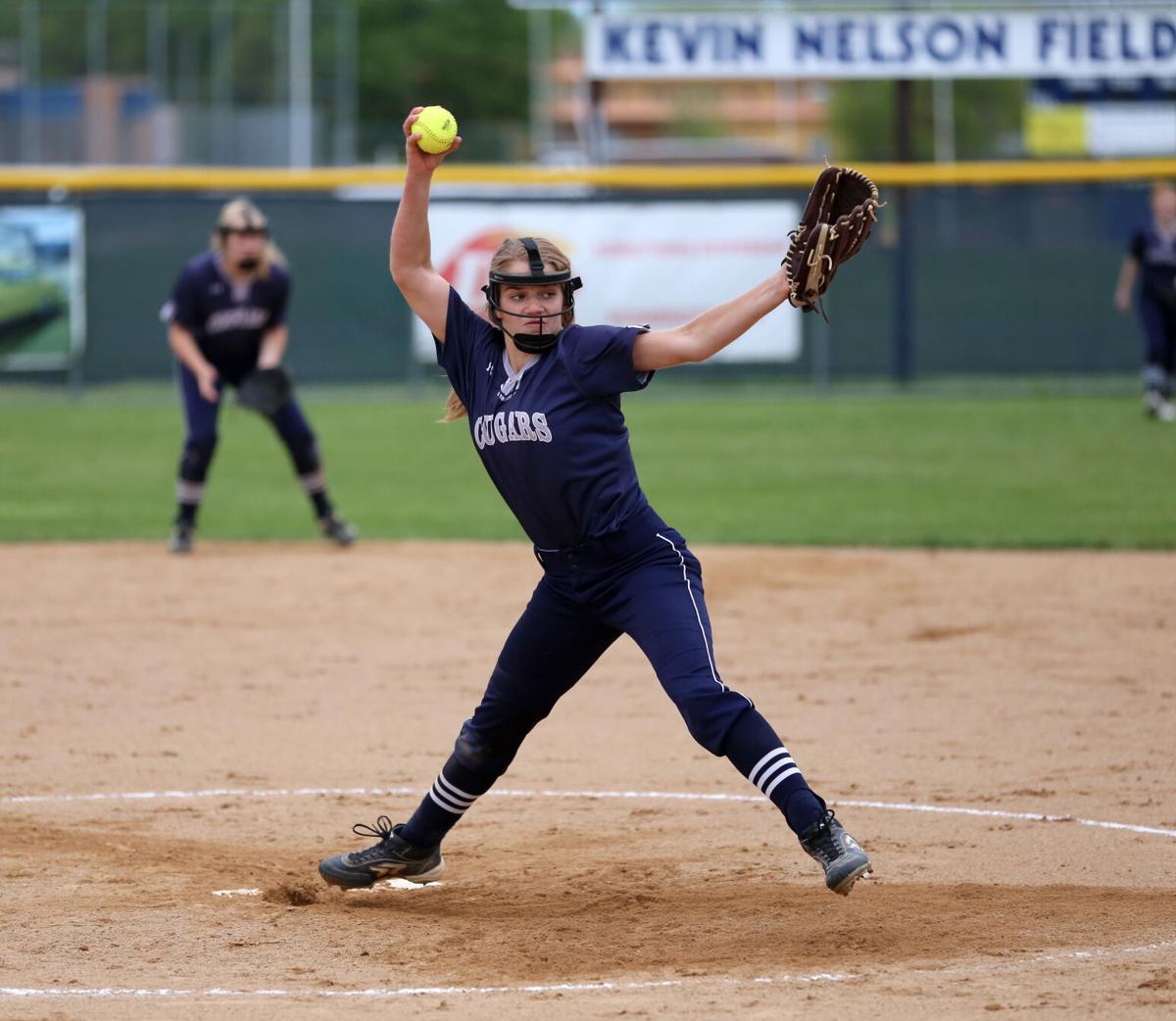 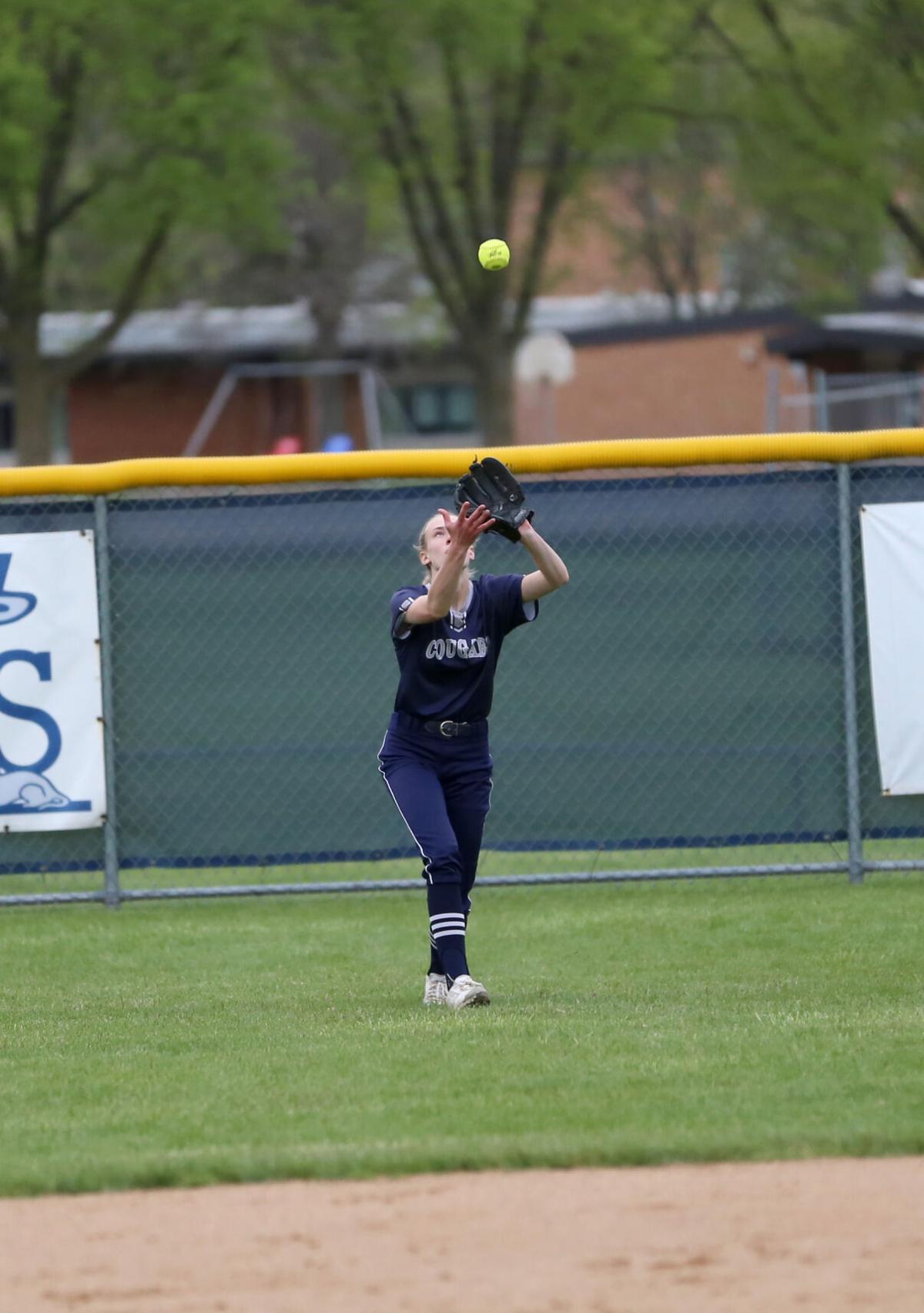 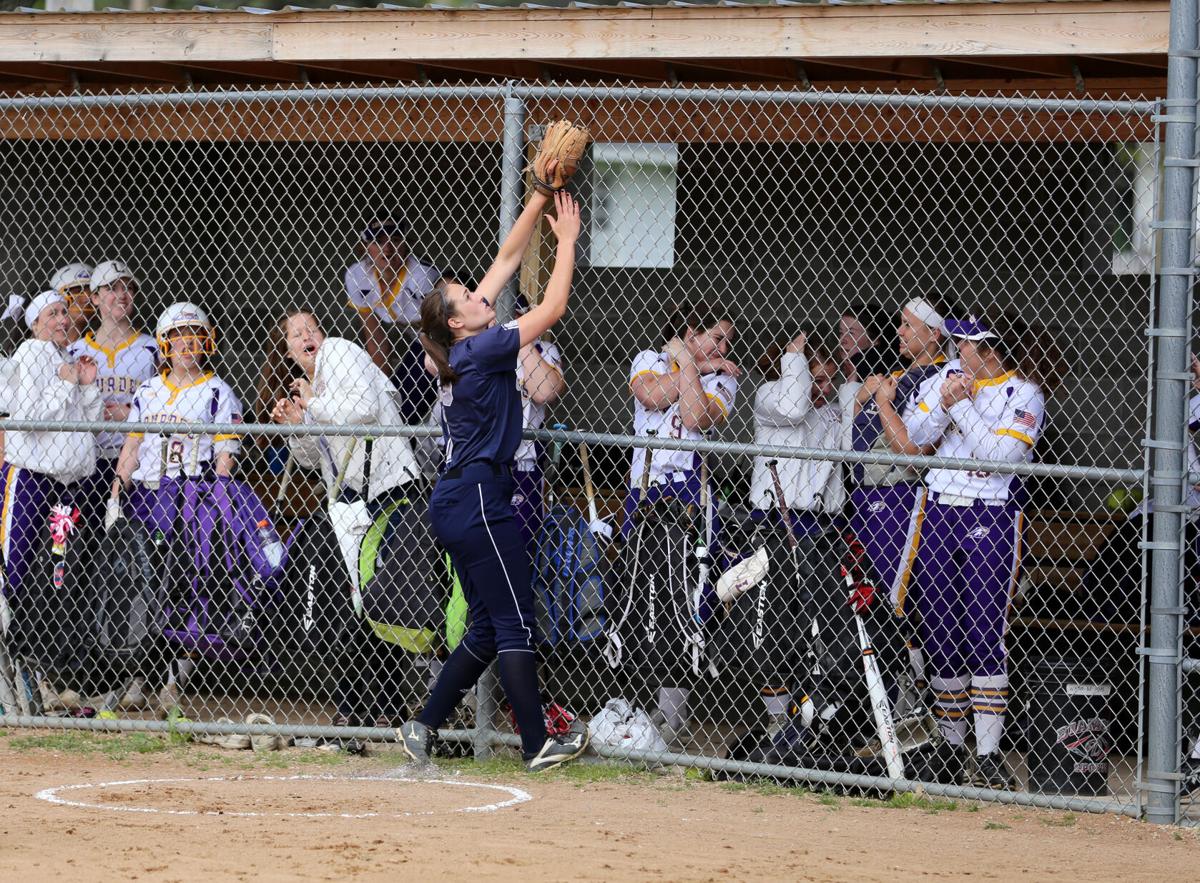 Having shutout Rochester Lourdes 4-0 earlier in the month, the Zumbrota-Mazeppa softball team knew what was coming. The Eagles wanted to avenge their loss.

“We knew they were coming for us,” said Megan Johnson about the buildup for the rematch.

Lourdes did just that in a 1-0 pitcher’s duel in a Section 1AA game on Thursday.

Through four scoreless innings, the two pitchers had allowed a combined four hits. What offensive momentum was erased almost immediately for both teams.

In the Cougar half of the first inning, Steffen led off with a single. A sacrifice bunt allowed her to advance to second but no further.

The Eagles, in the fourth, got a leadoff single from Alyssa Utsby, but she was thrown out at second the very next pitch on a steal attempt.

The first runner to reach third base was in the bottom of the sixth. Sarah Mensink led off with a single. Two ground outs later, the Cougars had stranded the possible go-ahead run at third.

In the top of the seventh the Eagles broke the scoreless tie. Kate Virgin walked -- the only walk of the game for either team. Ashley Krom bunted her to second base. A groundout allowed the pinch runner, Claire Creighton, to advance to third. Needing one out to escape the inning, Karin Hayford lined a ball back at Steffen. The ball deflected off Steffen’s glove and kicked toward third base. In retrieving the ball, Steffen fumbled the pickup and wasn’t able to make a throw. A tragic way for the Cougars to allow the eventual game-winning run.

“We had a chance a half inning before that to score a run and hit the ball hard but it was right at the girl,” said Z-M head coach Kevin Nelson. “They hit the ball hard at us and it pops out of the glove. That's how close it is.”

Nelson added, “I thought our kids had a good game-plan going in. They had some very good at-bats, just didn't get any results out of it. You have good at-bats, that's all you can ask for.”

Z-M bounces back against D-E

The Cougars needed a win over Dover-Eyota to stay alive with a subsection second place finish.

Johnson said the team regrouped in between games, loosened up and came back ready to win.

Building an early lead, the Cougars defeated the Dover-Eyota Eagles 5-2.

The Eagles scored a run in the top of the first, but the Cougars answered in the bottom half. Natalye Quam drove in Steffen to tie the game 1-1. In the second, the Cougars went ahead 2-1. Makayla Arendt tripled then scored on a wild pitch.

The Cougars added two more runs in the third on Johnson’s RBI-single and an error.

Not trying to do too much at the plate, Johnson doubled in a run in the fifth.

“(I'm) trying to put the ball in play and make the defense make the play. Doesn't matter where (I hit it),” Johnson said when asked about her approach at the plate with runners on base.

Steffen, who had a hard-luck loss against the Lourdes, pitched another complete-game in the second game. In total, Steffen struck out 17 batters in 14 innings.

“She's a gamer. She was not happy after the game, I could see that,” Nelson said after the loss to Lourdes. “It was a state championship type of game.”

Z-M next faces Chatfield at Todd Park in Austin on Tuesday at 5 p.m.

Trailing 1-0 to New Richland-Hartland-Ellendale-Geneva much of the game, Cannon Falls plated the tying run in the sixth.

Kayley Frenette led off with a walk, and advanced to second base on a sacrifice bunt by Kailtlin Otterness. Frenette rounded the base aggressively, drawing an errant throw that ended up in left field. Frenette scored on the miscue to tie game.

The Bombers tallied the game winner in the top of the eighth. Frenette again started things off with a walk. Otterness then beat out a bunt to put runners at first and second. Anja Black hit a hard grounder back to the pitcher, who threw to third for the force out. A throwing error to first allowed Otterness and Black to advance to third and second. Makayla Bowen followed with an RBI-single, to give the Bombers the lead.

NRHEG nearly tied the game in the bottom half. Sophie Stork tripled then was called out at the plate trying to score on passed ball. Alexis Anderson doubled to center field, but the next two Panthers hitters were retired on infield ground outs to end the game.

Cannon Falls next faces No. 1-seeded St. Peter at 12 p.m. Saturday at Caswell Park in Mankato. The Bombers play later the same day at 4 p.m.

After failing to score in the first two innings, the Rockets plated six runs in the third. The inning began with the first four batters reaching base safely before the first out was recorded. In the fourth, the Rockets capitalized on six walks, which eventually led to Megan Erickson’s grand slam. Erickson’s blast was the final blow in a lopsided win.

Led by Matti Stensland, the Zumbrota-Mazeppa softball team took down Dover-Eyota 13-3 in six innings on Tuesday.

Stensland went 4-for-4, which included a home run, scored three runs and had four RBI. Avery Steffen had two hits, including a home run. Megan Johnson and Natalye Quam each had two hits.

Called in the fifth inning due to rain, Cannon Falls had a two-run lead which became final.

Bomber Kayley Frenette went 2-for-3 and drove in a run. Anja Black had a hit and an RBI. Abby Breuer struck out 14 batters in five innings, giving up three runs on three hits and five walks.