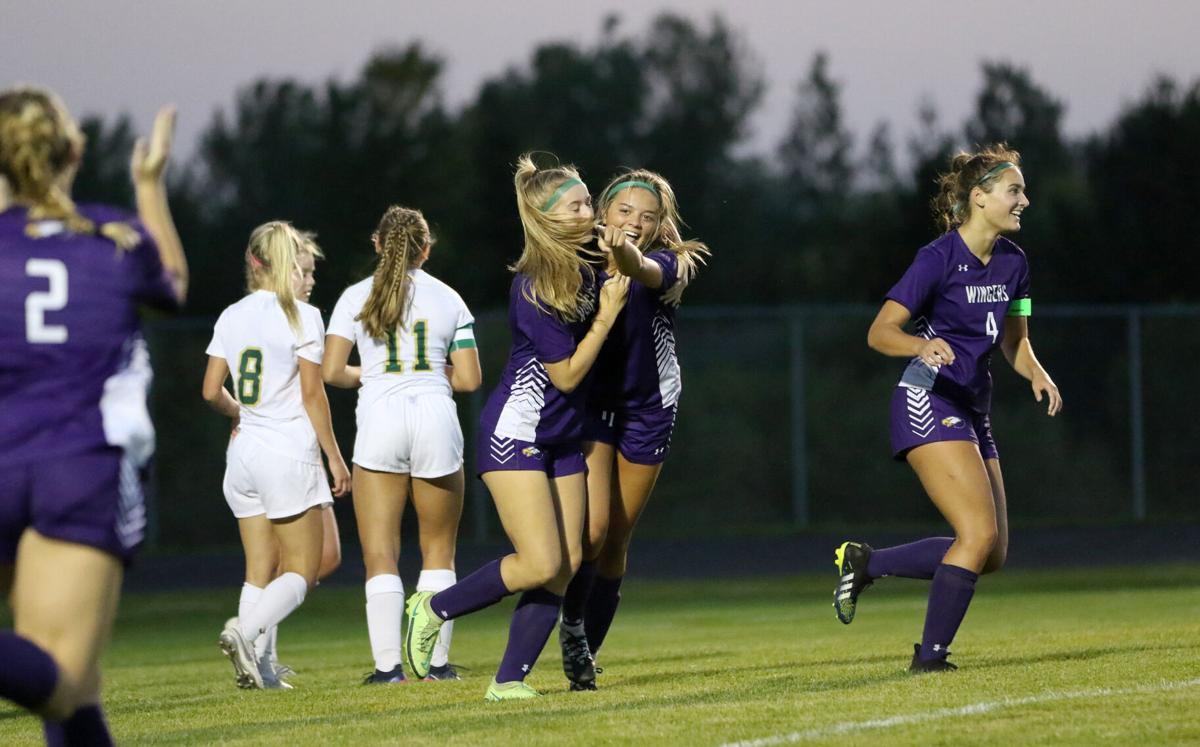 Red Wing's Sammi Chandler (9) redirects a corner kick into the net in the first half of a win on Sept. 16. Martin Schlegel / O'Rourke Media Group 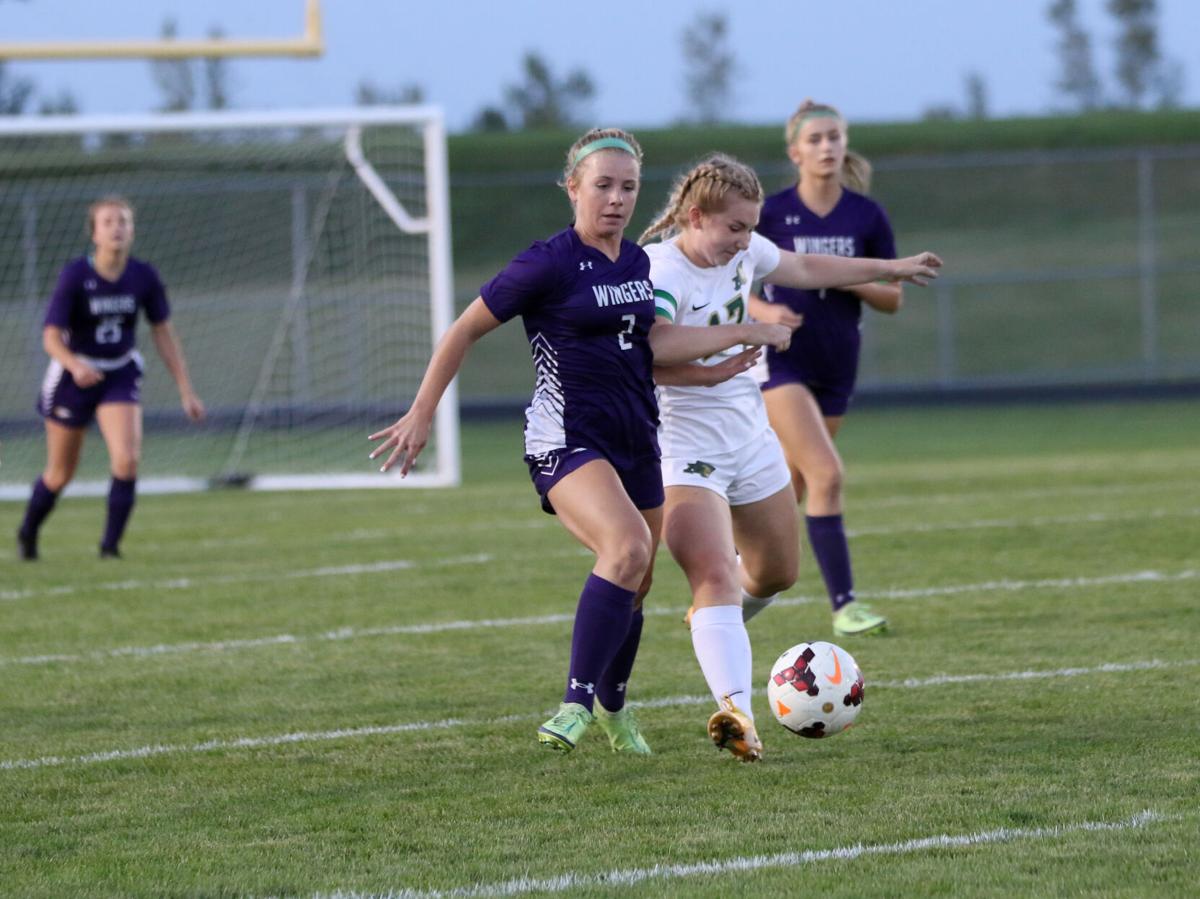 Red Wing's Lillie Sonju (2) fights for control of a ball as she brings it up the field on Sept. 16. Martin Schlegel / O'Rourke Media Group

Red Wing's Sammi Chandler (9) redirects a corner kick into the net in the first half of a win on Sept. 16. Martin Schlegel / O'Rourke Media Group

Red Wing's Lillie Sonju (2) fights for control of a ball as she brings it up the field on Sept. 16. Martin Schlegel / O'Rourke Media Group

Too many times the Wingers have had to play from behind. Not necessarily a question of if they’ll make it close, but having to overcome a deficit isn’t something any team can count on.

In the first overtime, Cadence Thorson raced down field on a semi breakaway, was shoved off the ball and what could have been a penalty shot awarded to Red Wing went uncalled. No call allowed the ball to shoot directly in front of the net where a scramble of players were gathered. Eventually it went in, and stood as the game-winning goal.

“We thrive a little bit on chaos,” said head coach Taylor Becker. “A lot of our goals happen that way where we have people in there close to the net.”

As for needing overtime, the Wingers were fortunate to be down one goal after the first half.

Senior captain Kayla Radtke said the team has had plenty of practice and discussion about not allowing a goal in the first 10 minutes of the game. Off a deflection, Mayo was on the board in the second minute.

“It's the thing we always say, 'don't let in a goal in the first 10 minutes,'” Radtke said. “It happens often. I'm just proud of us for how we don't really let that stop us.”

“We're always fighting back,” Becker added. “The good thing is that we do, but we dig ourselves a hole right away. It was nice that we did that in the second half and turn it around.”

The energetic Wingers have shown they can come back.

The Wingers tied the game 1-1 on a deflection of their own in front of the net. Radtke tossed a ball from the goal line which Cadence Thorson knocked in.

Mayo scored twice in a span of 3 minutes to go up 3-1 with just over 20 minutes to play.

The Wingers again capitalized on their limited scoring chances when Sammi Chandler headed a corner kick into the back of the net.

Five goals scored in the first half, just one in the second. The Wingers tightened up their midfield and didn’t allow Mayo to run up the middle of the field as they did a few times in the first.

“Playing with five in the midfield, we've gotten really stretched out,” Becker said. “We've been preaching the last few days, we have to move as a group. We don't need to win the ball in the midfield. Let them make their passes into your pressure.”

Reversing the trend of getting scored on in the first 10 minutes of a half, Radtke buried a long-distance shot to tie the game 3-3 six minutes into the second.

“The wind,” Radtke said, smiling at what she saw on the shot. “Great play from Cadence, then sometimes you get lucky when you put a ball on net like that.”

Overtime was needed and the Wingers scored in the first OT to earn the victory on senior night.

“To be in overtime not expecting to be and digging in those ten minutes to find a finish,” Becker said. “It's a really good boost for us because we've been knocking on the door in these tougher games.”

Red Wing (5-4) next faces Faribault on the road Tuesday.