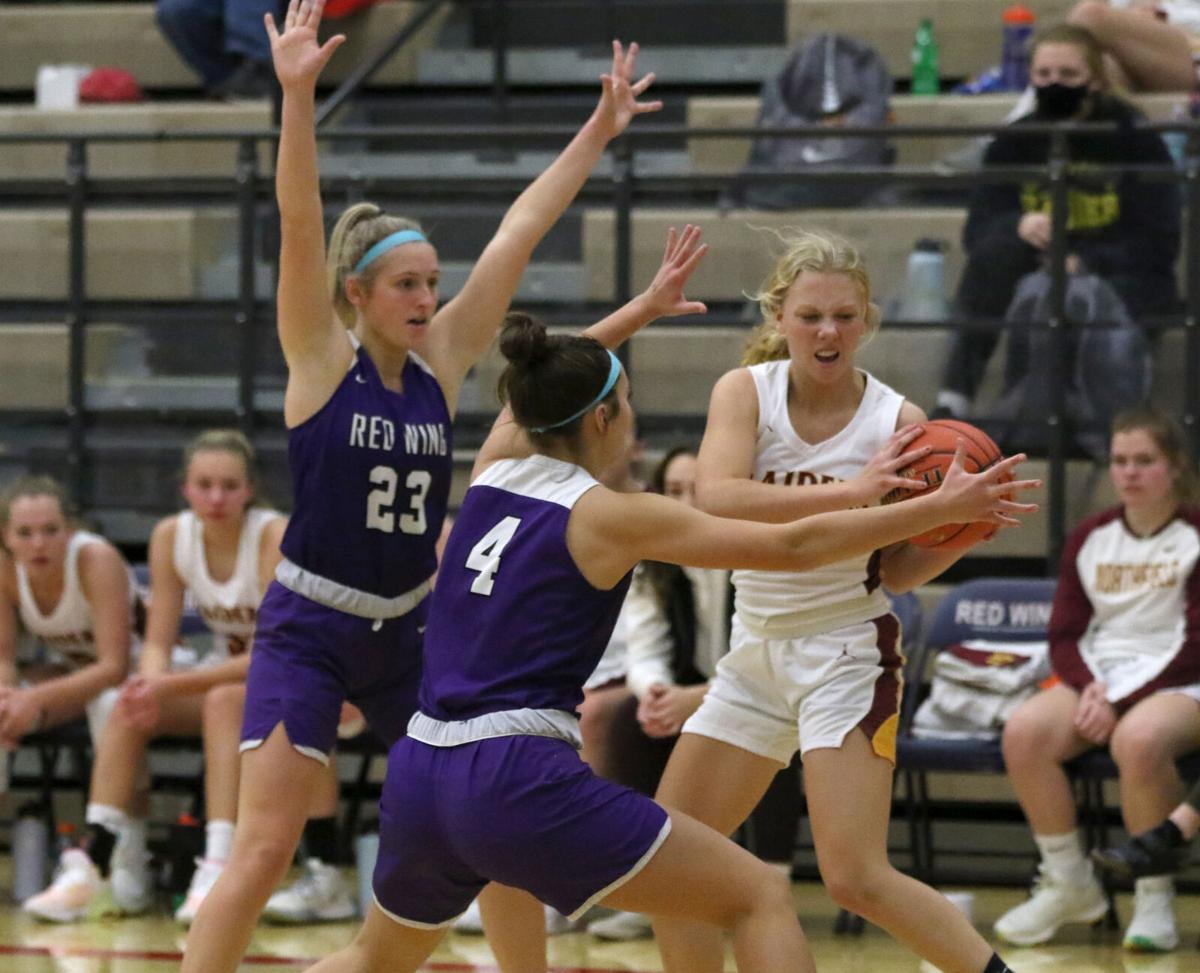 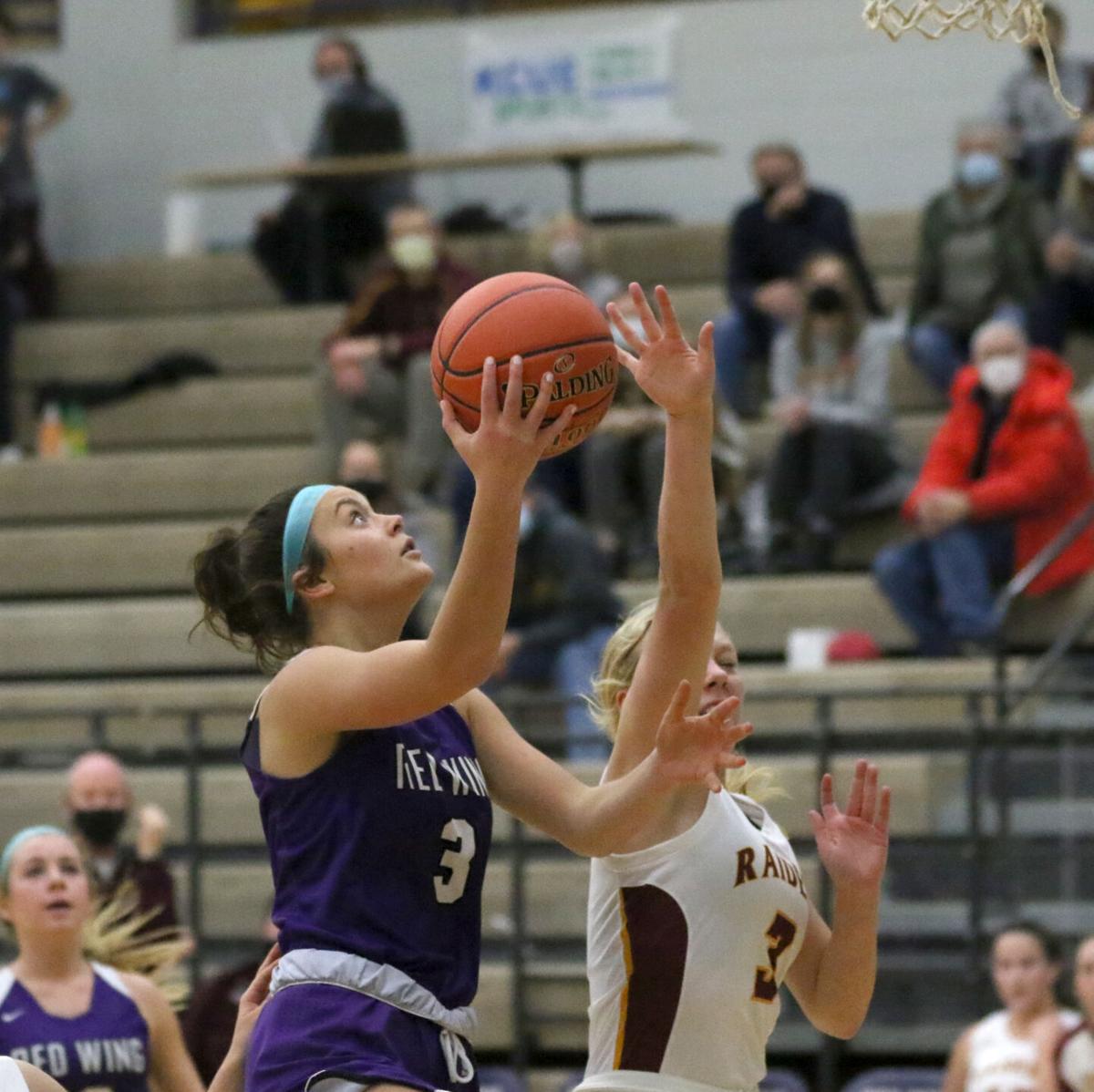 Mayzee Thorson (3) of Red Wing goes up for a layup after getting a steal on the other end of the floor. Martin Schlegel / O'Rourke Media Group 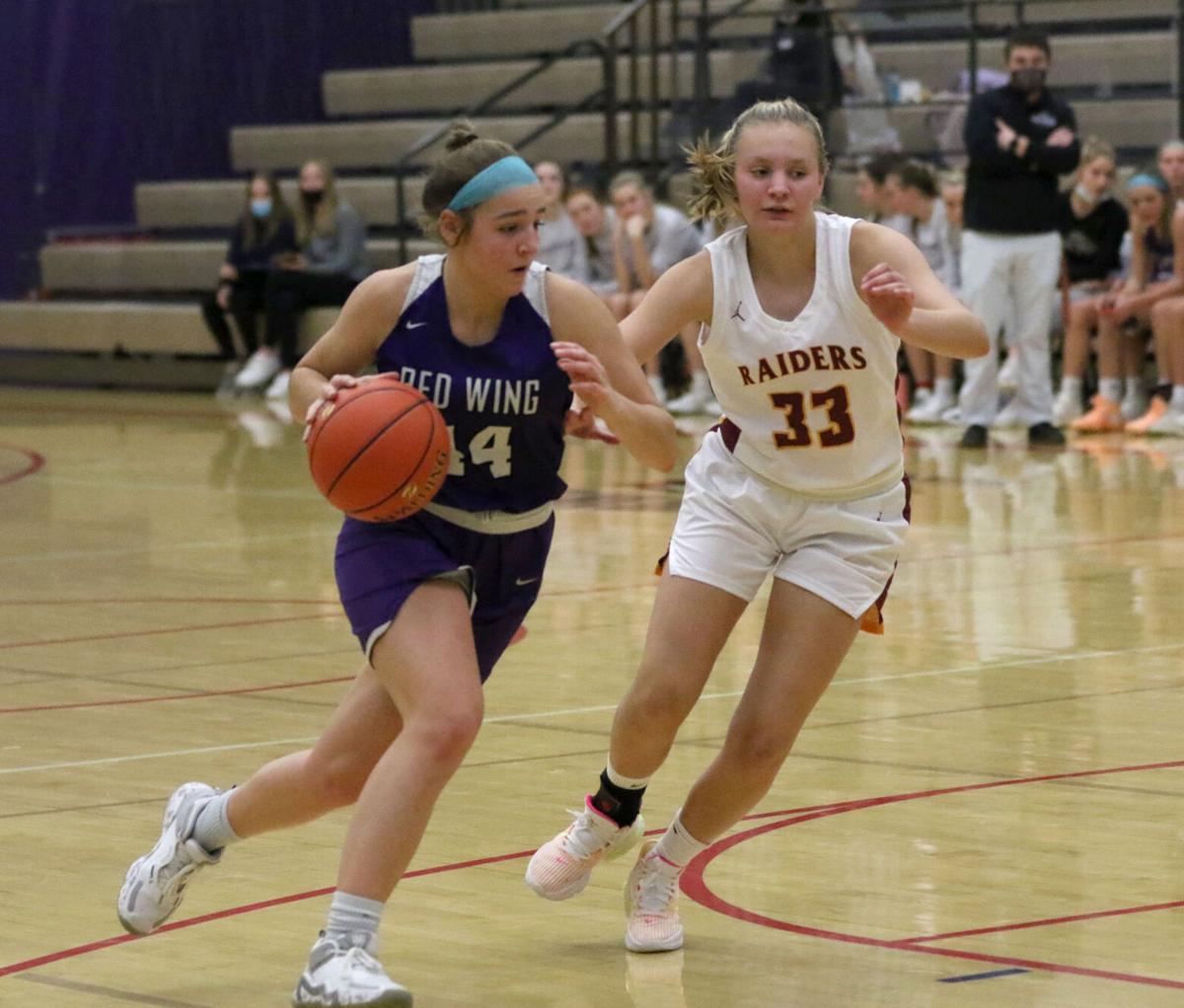 Mayzee Thorson (3) of Red Wing goes up for a layup after getting a steal on the other end of the floor. Martin Schlegel / O'Rourke Media Group

Coming off a loss to top-ranked Austin, Red Wing looked their best this season. It has been a roller coaster three weeks for the Wingers girls basketball team (3-3). Yet, Friday night was an indication the team is poised for a string of wins.

The Wingers took care of Northfield 65-29 at home playing high-energy defense and spreading the ball around on offense.

Head coach Peter Johnson said he’s starting to see the team get back to its strength which is its defense.

“After watching the tape from the first three games, we aren't very good yet,” Johnson said. “We will be. We're getting better at it. Even though we gave up 79 points to Austin on Tuesday, I thought we made improvements.”

Hannah Kosek has provided a nice presence in the paint while Sophia Rahn can slash her way to the basket and defend just about any of the opposing players. Hallie and Bailie Roschen continue to knock down 3-point shots when given space.

All four players scored at nine points against the Raiders. The Roschen sisters combined for five of the team’s 3-pointers. Rahn ended with nine points and Kosek had 11 points.

Leading the offense was point guard Sammi Chandler. She finished with 17 points, scoring in many different ways as well as leading the Winger defense pressuring the inbound pass.

The Wingers grabbed plenty of offensive rebounds. While they didn’t score on every second and third chance, the positioning was much improved.

“We have eight players that can score. It's going to be a balanced scoring attack for us,” Johnson said. “That is the way we have to play. We're not going to have someone fill it up with 30 or 35 one night. Having balanced scoring is what we're going to do to be successful.”

Johnson wants to keep pushing the team to work hard. The Wingers win because they outwork other teams by hounding the ball handler, finding open teammates on cuts to the basket or setting picks on the perimeter.

The Wingers led 39-12 at the half. In just those 18 minutes, the Wingers were able to do what was asked of them.

“We're going to continue to get better,” Johnson said. “We've got two more games before Christmas to see how good we are.”