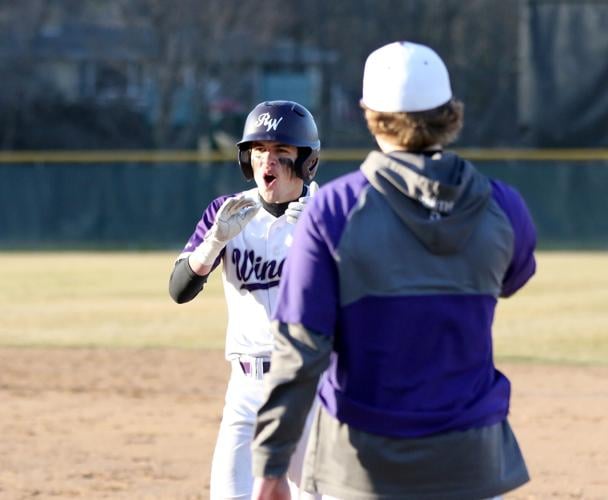 Red Wing's Cooper Chandler looks into the dugout to pump up his team after delivering a run-scoring hit with two outs. Martin Schlegel / O'Rourke Media Group 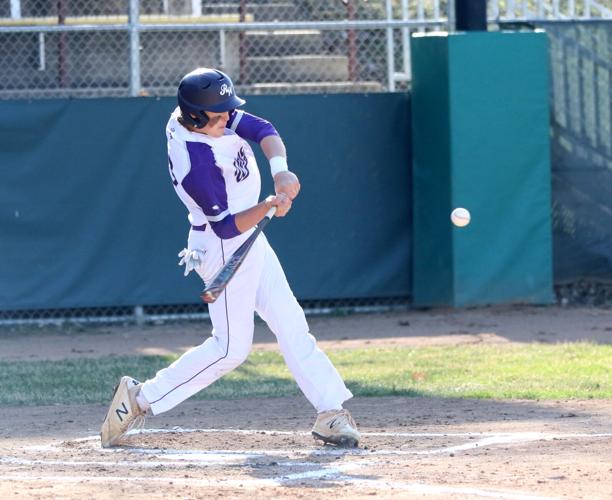 Red Wing's Reese Tripp returns as one of the better hitters on the team. The Wingers have shown early on everyone in the lineup can hit. Martin Schlegel / O'Rourke Media Group

Red Wing's Cooper Chandler looks into the dugout to pump up his team after delivering a run-scoring hit with two outs. Martin Schlegel / O'Rourke Media Group

Red Wing's Reese Tripp returns as one of the better hitters on the team. The Wingers have shown early on everyone in the lineup can hit. Martin Schlegel / O'Rourke Media Group

As the beginning of spring sports season neared, excitement to get out on the baseball field and compete grew. The team seemingly all had similar thoughts of showing how good they can be.

All three are healthy and contributors for a Red Wing team that might have the most collectively experienced roster in a while. Outfielders Deso Buck, Cooper Chandler and Jorgan Ulvenes return, along with infielders Christian Koehler, Tripp, Gonsior and Reinitz. Reid Hartmann handles the catching duties.

Up and down the roster, there’s a lot of competitive players who feel it is time to prove just how good they felt their last season would be.

The Wingers have scored 44 runs through five games. They’ve also shown incredible discipline at the plate, striking out 29 times and walking 38.

“We've been really balanced. We didn't swing it as well as we're capable of today,” Hartmann said after a 6-4 loss to Mayo. “We've seen guys, top of the order, middle of the order, bottom of the order stepping up and having great at-bats. Maybe not always getting hits, but we've hit a lot of balls hard. We're going to be a tough team if we continue to play like that.”

Aidan O’Brien, Chandler and Tripp have handled starting on the mound thus far with Seeley growing into an almost every game role in relief. Buck has pitched, too, in relief.

Hartmann said there’s still room for some pitching roles to expand as the season goes on, and even some improvement from the players who already have a pitching spot locked in.

The team’s No. 1 starter, Andrew Ball, won’t pitch for a while as he is recovering from an injury. Not serious enough to not hit as a designated hitter or pinch hit, Hartmann said Ball likely won’t return to the mound until later in May.

“We're going to bring him along slowly. Our goal is to have him (ready to go) by mid-May and get him some reps and have him ready for section playoffs.”