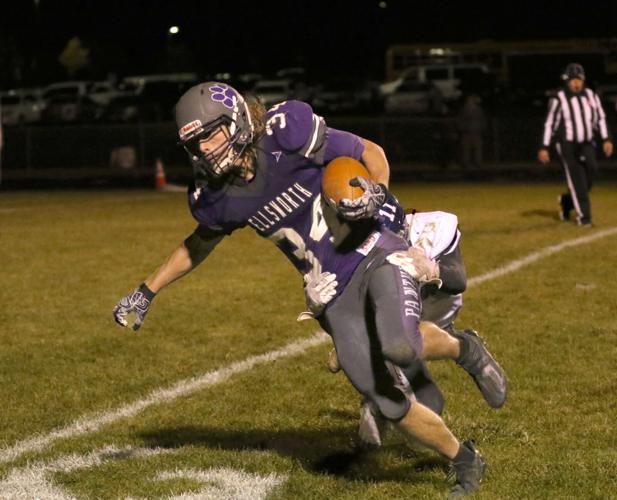 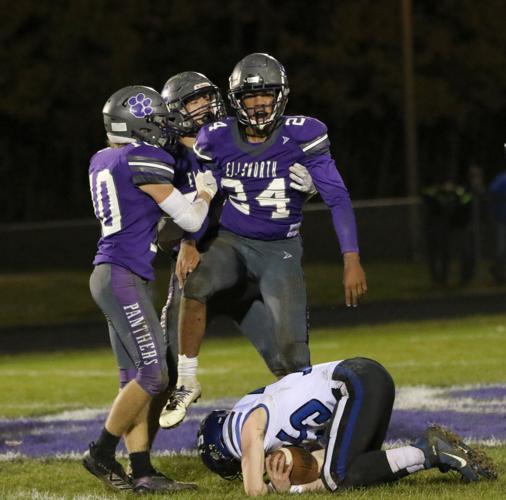 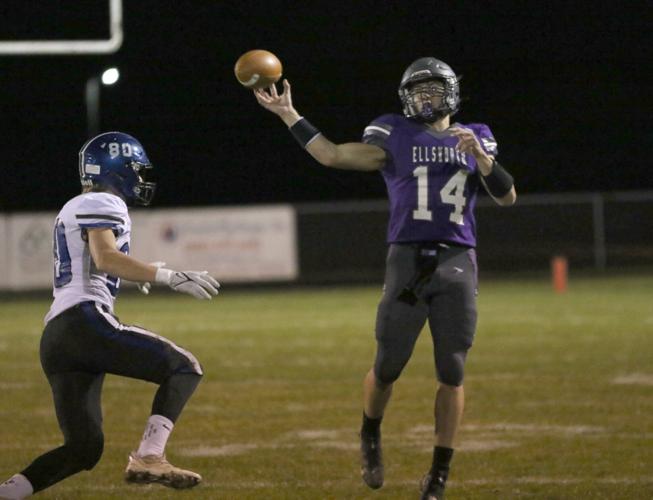 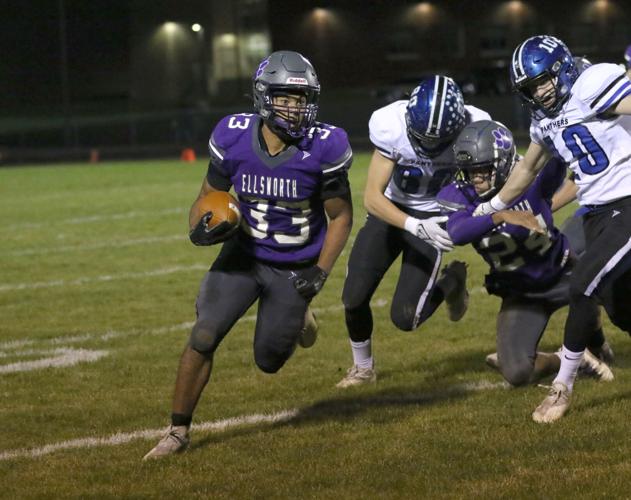 After wins at Fuller-Symes Field, the players run along the fence and high five the fans, fellow students and parents. One of the last through the line was senior Ashten Quade. He got fist bumps and hugs with some calling him “MVP.” Then he got to the end of the line and began signing mini footballs for a handful of kids.

Quade has had a breakout year for the Ellsworth football team. He continued to display his abilities against St. Croix Central by scoring four times and intercepting a pass on defense.

Who wouldn’t want an autograph of his?

Quade helped the second-seeded Panthers cruise to a 40-6 win over St. Croix Central in a Division 4, Level 1 matchup.

There was a four-touchdown performance against Baldwin-Woodville. Yet, Quade’s output tonight topped that. He ran for 44 yards and caught three passes for another 49 yards.

The Panthers scored on every possession in the first half, Quade ran in two touchdowns and caught two more. He also had an interception that led to the second of his rushing touchdowns, which gave the Panthers a 12-0 lead in the first quarter.

On offense, Quade pairs nicely with Max Grand. They have similar running styles, but still compliment each other in the rushing attack.

“I really don't know what teams can do,” Quade said of defending against them. “They can take me away and we'll hand the ball off to Max. We have a dynamic team.”

Scoring on every possession was clearly key to getting out to a big lead, but holding St. Croix Central to so few first downs on defense helped speed up the scoring. St. Croix Central went for it on a couple of fourth downs to start the game but was forced to punt to at least make it somewhat harder for the Panthers to score.

Heller said he was very pleased with how the game plan on defense was executed.

“When you get to see a team for the second time in three weeks, with the talent we have, they're going to have their cut out for them,” Heller said of the Panther defense stopping St. Croix Central.

The last time Ellsworth faced Osceola on Sept. 24, the Panthers trailed twice; 20-14 with 2 minutes, 20 seconds to go in the half and 26-22 with 7:32 remaining in the third quarter. The Panthers allowed the most points in a single game this season to Osceola. Heller expects another physical game between the two Middle Border conference teams.

Since their loss to Ellsworth, Osceola has won four straight which includes the win over Altoona.

“The team's spirit is great. It's a fun team to be on. It uplifts my ability to help these guys out.” - Quade on wanting to perform well.

“That kid has really turned into a great football player for us. A senior with a lot of reps, he's running with a lot of intensity. His speed is just something you don't see every year. As an athlete, he's a really special talent. It's nice to see him to experience the success he's having.” - Heller on Quade’s breakout season.