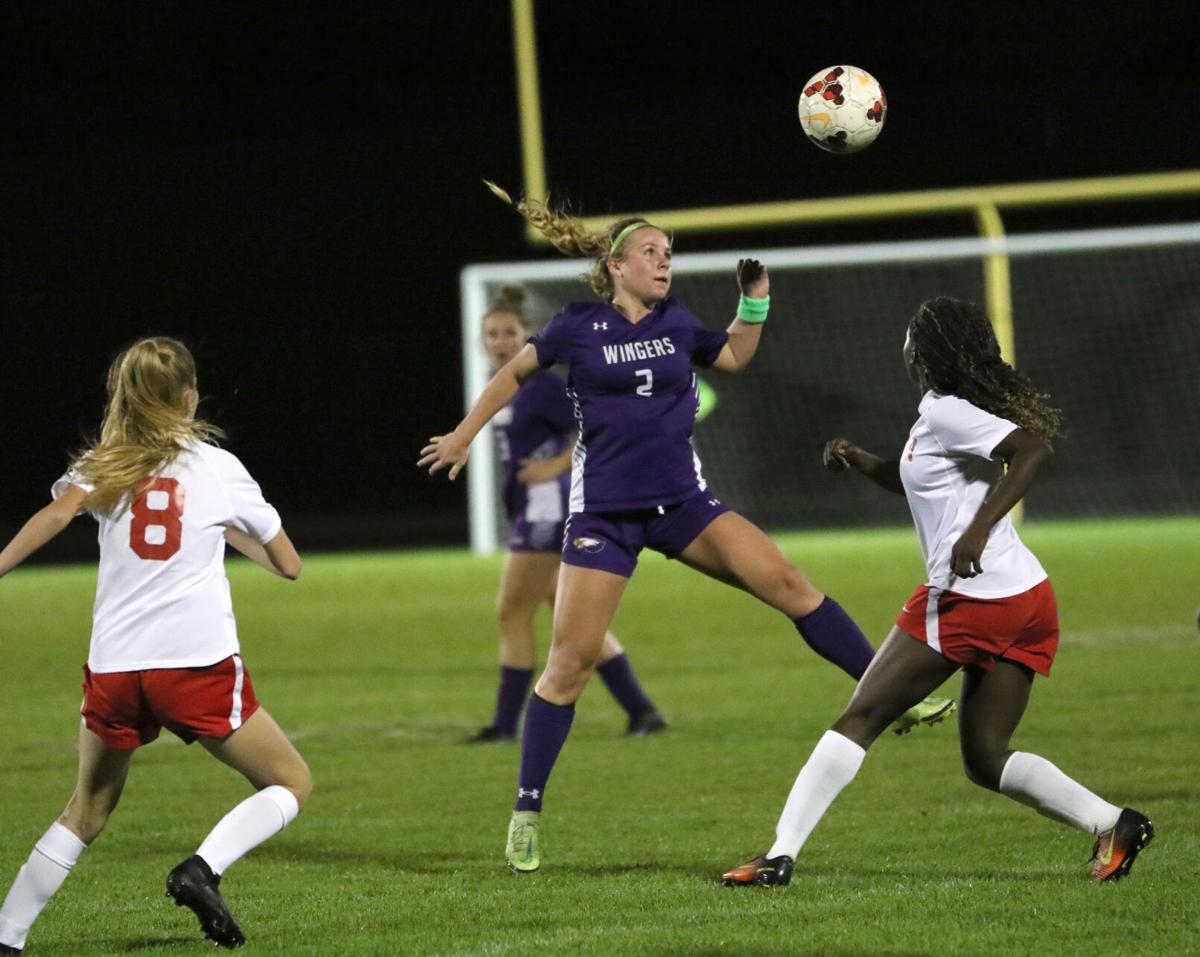 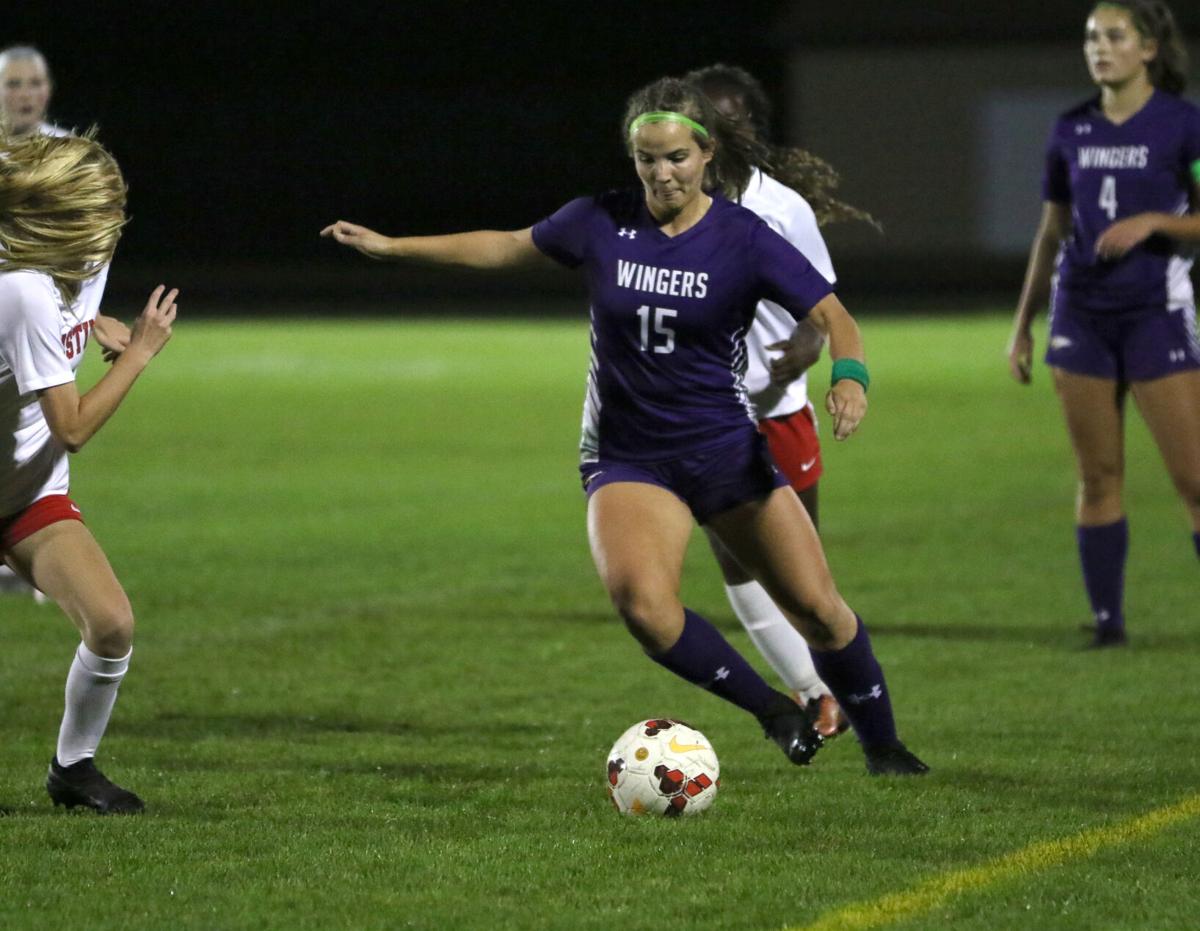 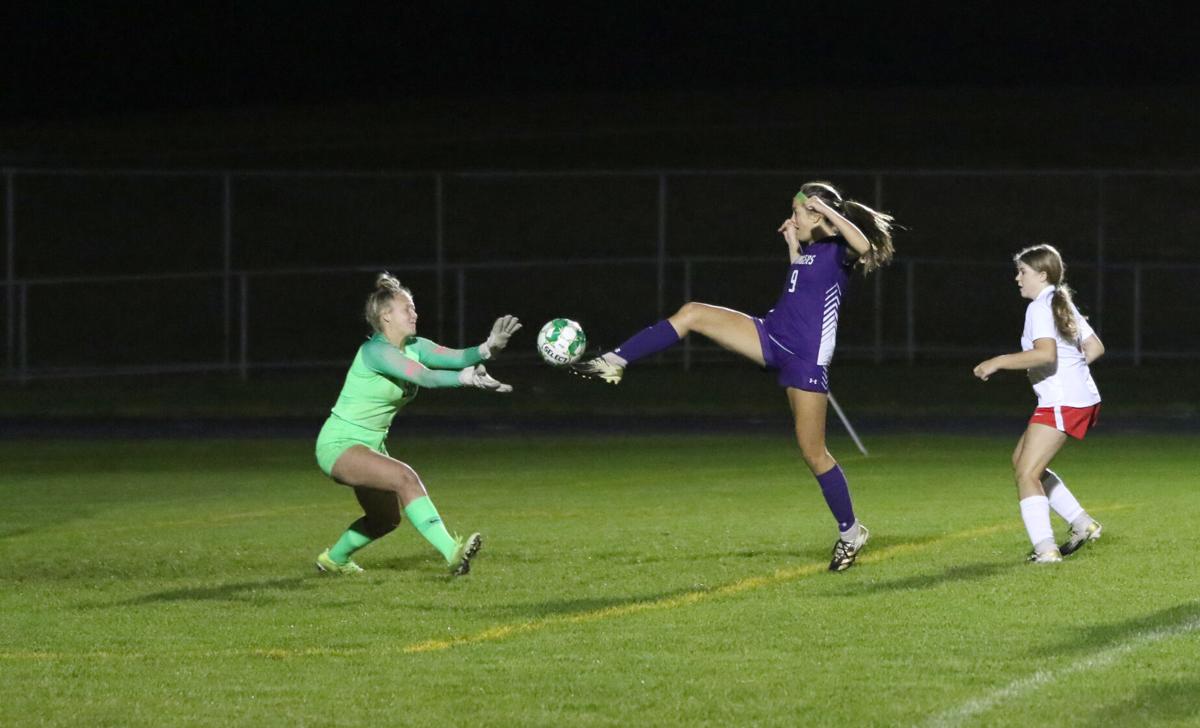 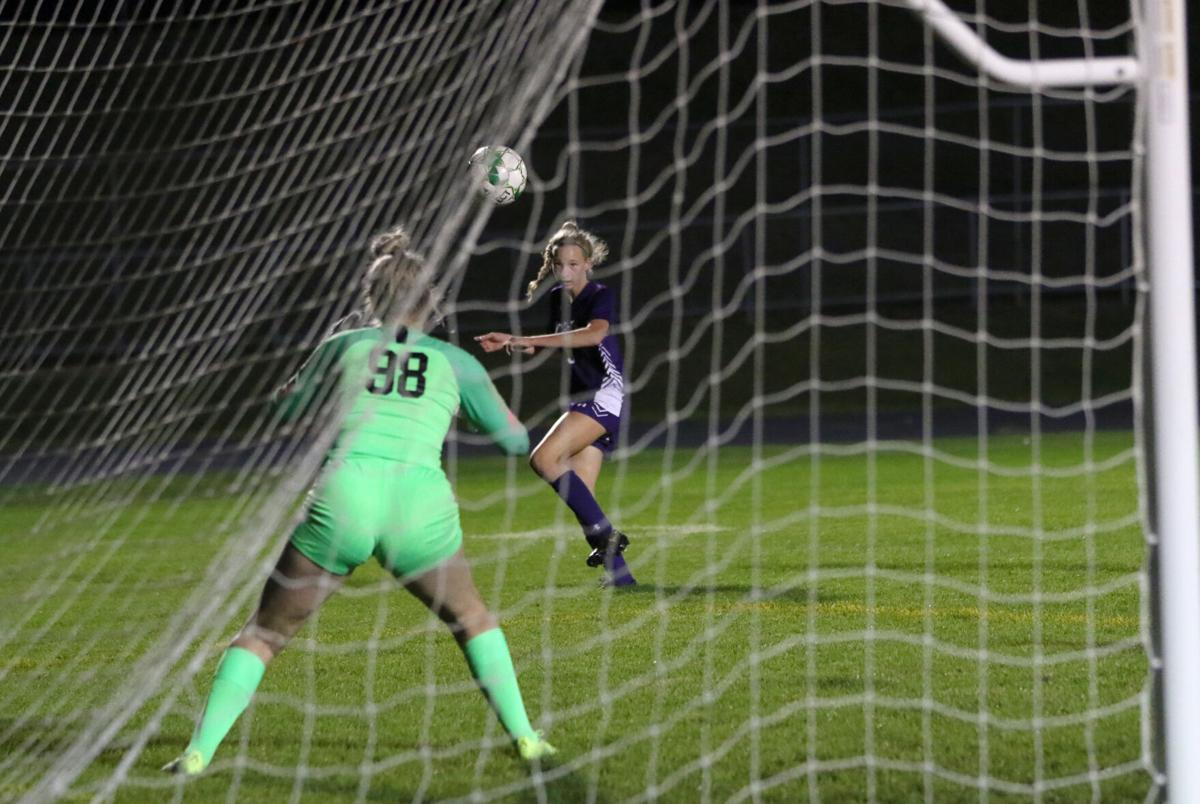 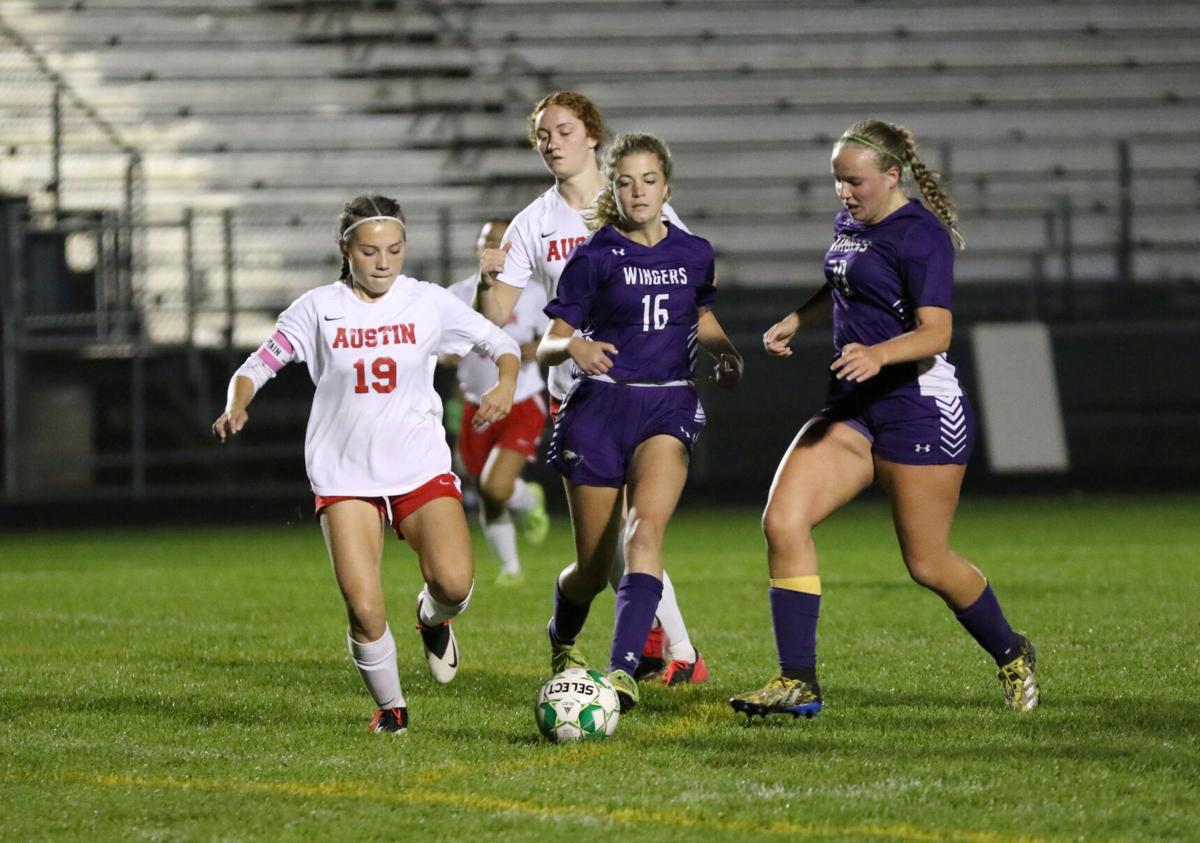 Playing easily its best soccer of the season, third-seeded Red Wing made a big change to its lineup that has sparked the play of one of its seniors. That change has led to more offense and consistent team passing which was on display in a 6-0 win Tuesday over No. 6 Austin in a Section 1AA girls’ soccer quarterfinal.

It’s certainly cliché for a team to feel they’re playing their best. That’s the case though for the Wingers. Head coach Taylor Becker noticed the mentality flip after a frustrating 1-0 loss to Byron, after practicing hard to prepare for an opponent like Byron, then going out and executing it against Owatonna and Kasson-Mantorville.

“We're peaking at a great time,” Becker said. “They've put in a lot of work in the last two weeks. They're finally understanding what it feels like to be a solid team and believing that they are that solid team.”

The Wingers made a positional change that’s helped greatly in how they move the ball up the field. Senior Camille DeSutter went from midfield to up on the wing, opposite of Sammi Chandler. Cadence Thorson moved back to outside midfield. DeSutter and Chandler have benefited greatly as they came into the section tournament having scored nine goals combined in the previous three games.

It has taken pressure off Thorson to chase down every stretch ball and utilize her long-pass and shot abilities. It allowed the midfielders, including Thorson, to be more involved in quick give-and-go plays with the wings.

“Kayla and Lillie know where to find gaps (in the middle). They know when to call me and I respond,” DeSutter said. She had her third straight game with at least a goal and an assist.

Not to be overshadowed was the overall performance of junior Lillie Sonju. She had a five-point game with a hat trick and two assists. Two of her goals came from long-range, at least 25 yards out. Sonju scored on the run with nothing but the goalie and defender chasing her down from about 35 yards out. The other came on a free kick that she placed over everyone to tuck it in on the lower left of the opening.

Sonju picked up an assist off a corner kick that rattled around in the legs of a handful of players in front of the net before Radtke deflected it off a defender and in.

“We've been clicking very well. We've gotten a lot better at them,” Sonju said of their corner kicks. “We just know how to crash the ball really well."

All game the midfield kept the ball moving, changing direction with give-and-go passes. The defense used stretch passes to find the outside mids or wings. DeSutter and Chandler had plenty of looks on goal.

This is exactly how the Wingers have been trying to play the last two weeks.

“We came down here one day (for a practice) and just did patterns. That's it. We felt that it would help really regardless of who we were playing,” Becker said.

Red Wing next faces No. 2 Byron in a section semifinal Thursday. The game is currently scheduled for 7 p.m. according to MSHSL. The Byron boys’ soccer team is scheduled for 5 p.m. on the same field.

As for the rematch against Byron, the team is looking forward to it.

“They are a pretty solid team but so are we. It'll be a good game,” DeSutter said.