Skip to main content
You are the owner of this article.
Edit Article Add New Article
You have permission to edit this article.
Edit
Home
Local News
Things To Do
Sports
Obituaries
Classifieds
Preferred Business
OMGHired Local Jobs
Opinion
e-Editions
About Us
Magazines
Advertise with Us
1 of 10 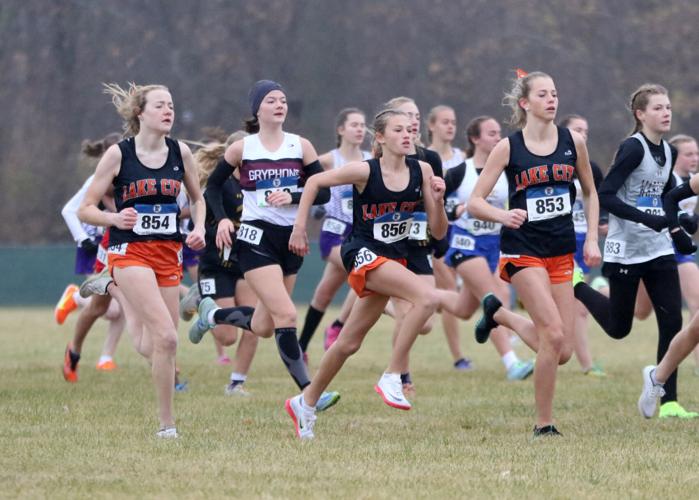 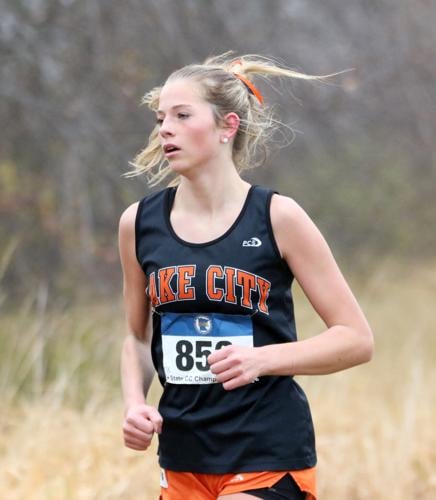 Lake City's Jacey Majerus runs by the midpoint of the the Class A state meet at St. Olaf on Saturday, Nov. 5. Martin Schlegel / Republican Eagle 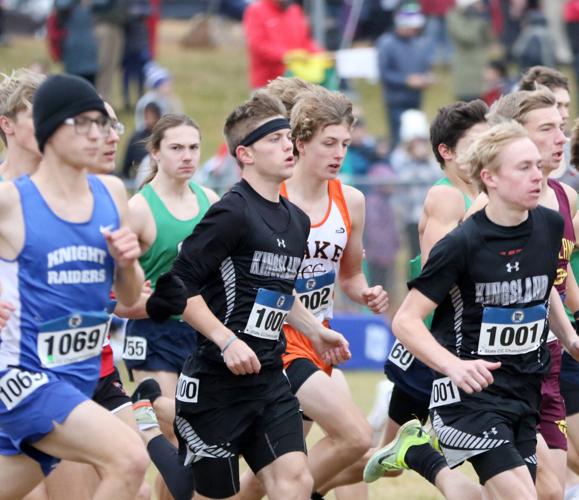 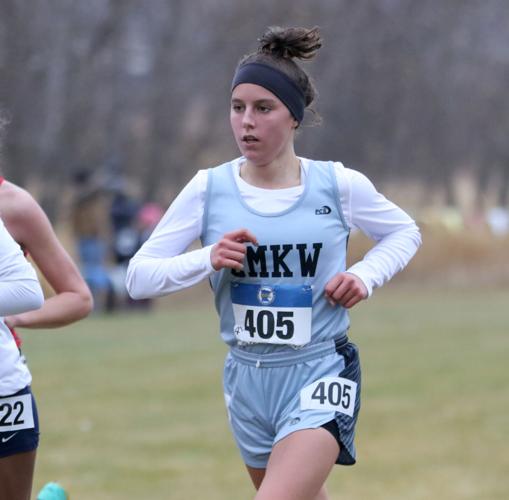 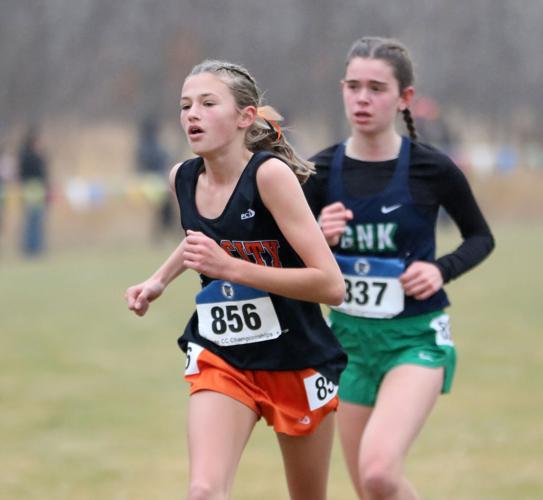 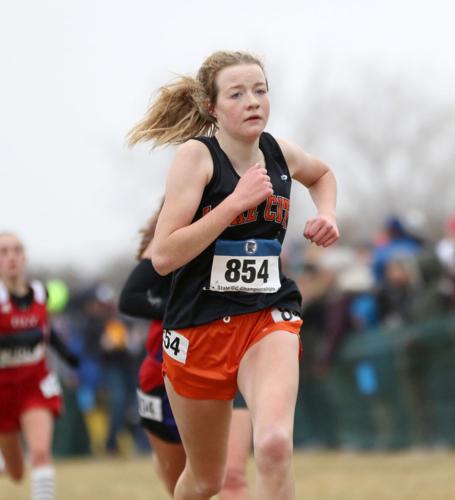 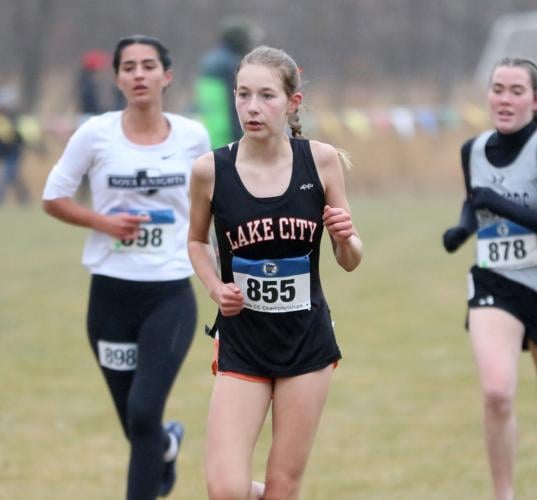 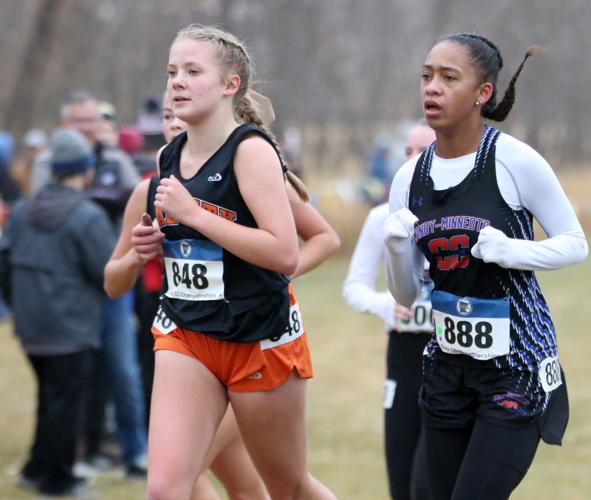 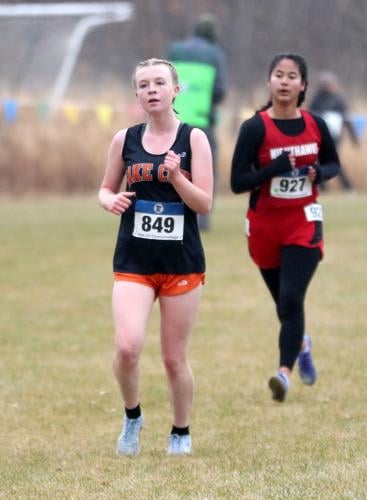 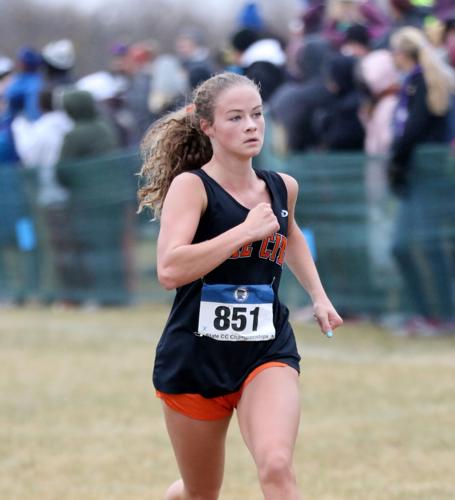 Lake City's Jacey Majerus runs by the midpoint of the the Class A state meet at St. Olaf on Saturday, Nov. 5. Martin Schlegel / Republican Eagle

After her final cross country race, Lake City senior Jacey Majerus said she felt good after the first mile, lost some spots in the second mile but was able to regain a few positions in the final mile of the race.

Running as one of the top runners on the team, Majerus said the season took on added responsibilities. She was the lone senior on the team.

“It's a little different than last year with two seniors on the team and leading everything, then going straight to just me,” Majerus said. “I took a big step in leadership.”

She added, “I've been on varsity since seventh grade. Being in that person who received leadership and then to be that person who is the leader feels good. It feels nerve racking sometimes because things I might do are different than what the team thinks they need to do. I want to be there to support everyone.”

Head coach Howie Cook noticed how Majerus kept the team organized ahead of the state meet. During the two-day trips to get everything the team had and needed to be set up for Saturday at St. Olaf in Northfield, they came back with the bud for the girls team and had everyone waiting.

Cook said Majerus gets everyone ready mentally as well.

“Those are things I preach. If we run well, that's awesome,” Cook said. “You have to have that leadership that Jacey gives us and you have to believe in what we're doing. We've been lucky over the years that someone has always been there to take the leadership role.”

Majerus said Yotter dealt with a knee injury to start the season and may have hindered her early-season results. By the end of the season, especially at the section meet, Yotter was leading nearly every race.

“The older kids could be envious of Olivia but they have her under their wing,” Cook said. “That's so important.”

Two meets ago, Cooper ran a PR time of 16:52.3. Quite the improvement from last year when he was consistently running in the 18s.

Cook said he challenged Cooper to run with the predicted leaders at the Section 1A event in Garrison Hubka of Kingsland and Braxton Osterhaus of Pine Island. Cooper ran with them for the first two miles before falling back to sixth.

At the state meet, Cooper got caught in the middle of the pack at the start but worked his way through two packs to run with a cluster of boys who finished just after 17 minutes.

“He's not an aggressive person. He's developed that as a runner,” Cook said of Cooper's mentality.