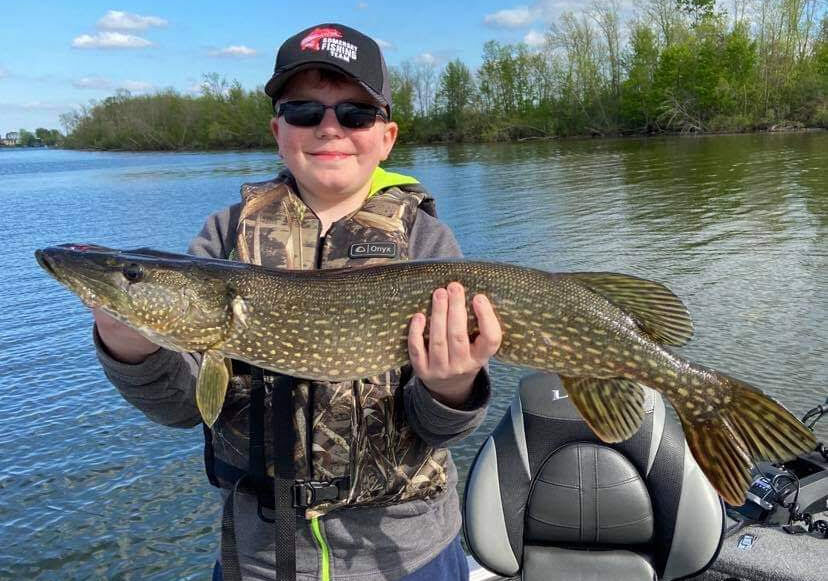 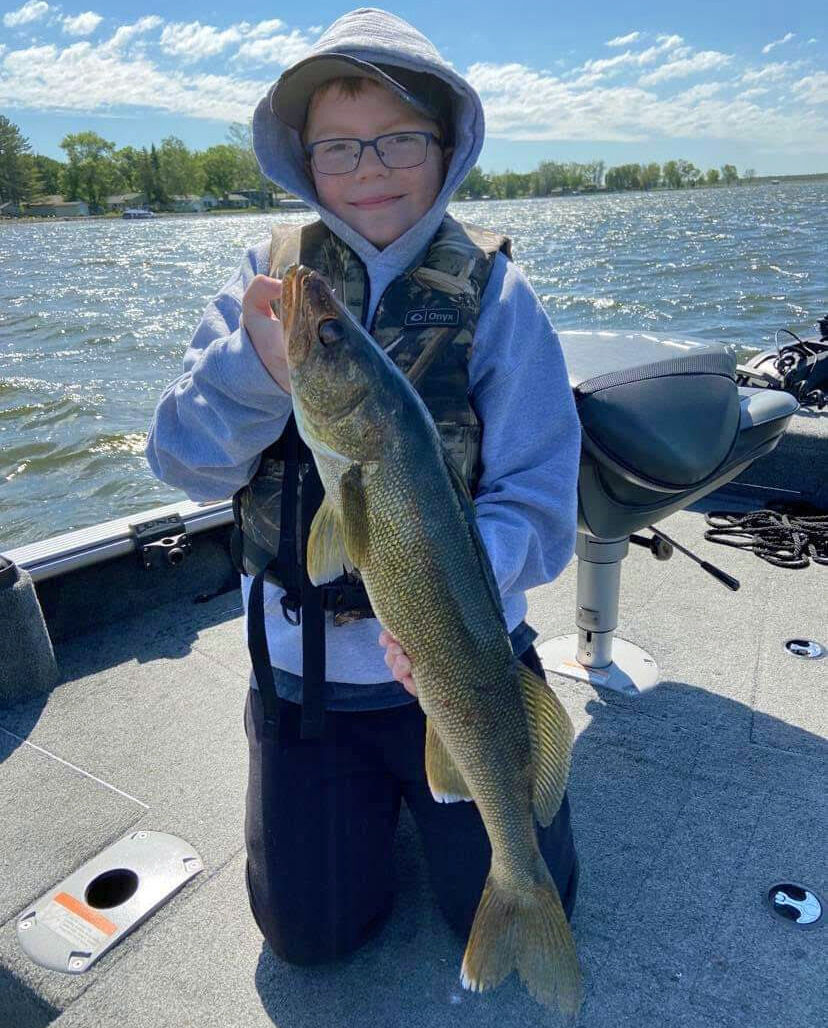 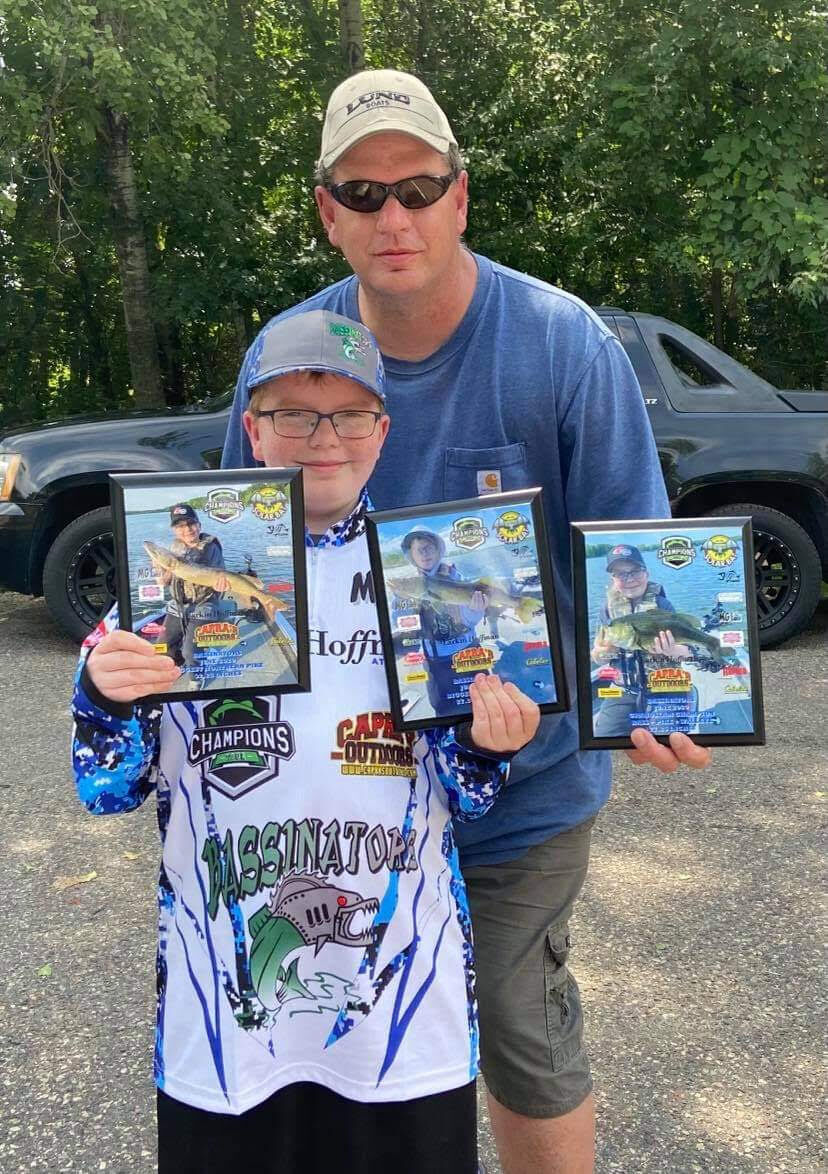 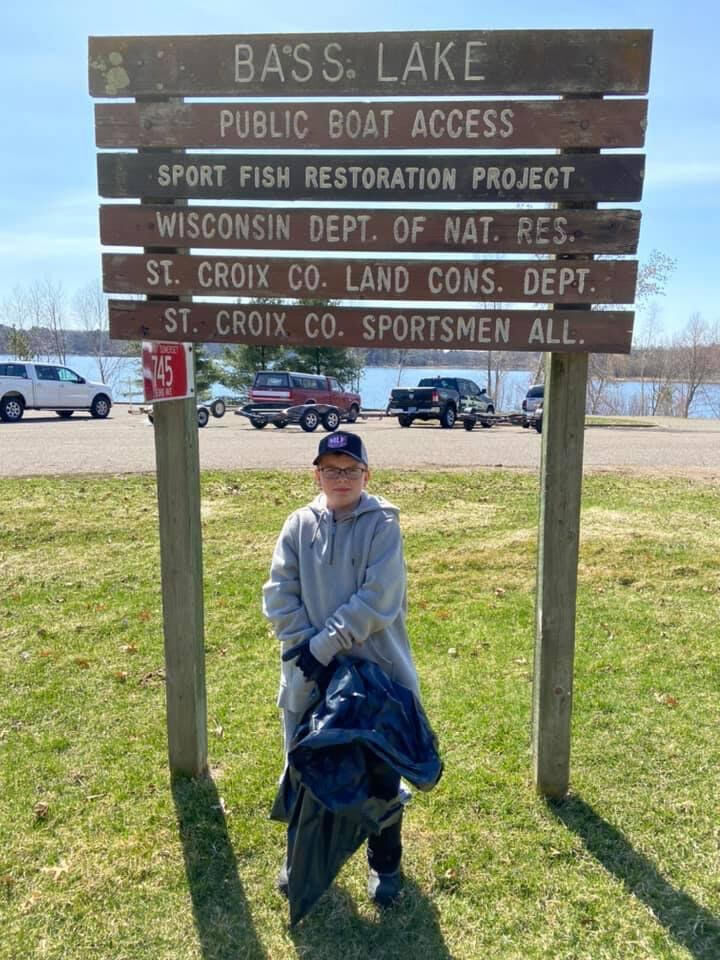 SOMERSET, Wis. -- Nathan Stanway’s earliest memories of fishing are going after sunnies through the lily pads with a cane pole. Now he’s hunting trophy bass, walleye and northern pike as a member of the Twin Cities-based Bassinators Fishing Club.

Stanway competed in his first season in the Bassinators Junior League this past summer and fall, where swept a pair of tournaments in May and June before placing third in one of the club’s biggest events on Lake Minnetonka in September.

Stanway’s dad Jeff fishes in the St. Croix Valley Walleye League and Nathan has joined him in the boat the last two years. This year the league was canceled due to COVID, but Nathan wanted to continue competitive fishing so Jeff put out some feelers and found out about The Bassinators Junior Club.

"It’s for 10-to-16-year-old youth,” Jeff explained. “And they do some things for the community as well, besides the fishing, so we thought that was pretty cool. The first couple of tournaments were virtual then they started doing actual live tournaments.”

In July, Nathan fished in a tournament called “Jiggin with Kids” sponsored by the Women Anglers of Minnesota. This was again a virtual tournament but covered the five-state area of North and South Dakota, Minnesota, Iowa and Wisconsin. He ended up taking second place in his age group for northern and second place for his five-panfish stringer.

So what is Nathan’s favorite fish to catch?

During the virtual tournaments, competitors measure each fish they catch, snap a photo and load it to an app, where it is immediately updated on that tournament’s scoreboard. Anglers get a notification anytime a new fish moves into first place.

Jeff Stanway said he’s glad Nathan has followed in his footsteps, especially with an organization like The Bassinators.

“When I grew up I wasn’t a sports kid,” he said. “I wasn't a hockey player and a football player. Nathan's kind of following in those footsteps is a great tool, and it allows him to be around other kids that have that same passion for fishing.

“With all the video games and everything in the world nowadays, and computers and screen time and phones and everything, it's nice to just shut that down and just get out on the lake and enjoy,” he added. “Doesn't matter if it's from a boat or dock or shoreline, it just encourages them to get out.”

Jeff Stanway said another thing he likes about The Bassinators is its commitment to public service. Normally club members get together for lake cleanups, but due to COVID this year the effort went virtual, with each member required to pick one lake in their own area to clean up. But Nathan didn’t stop with one. He cleaned up the Bass Lake, Squaw Lake and Mary Park public landings.

“We got in the car one day and we cleaned up one access and put all the trash put in the truck and then we decided to go to another landing and then we went to a third landing,” Jeff said. “It was mostly stuff that ice fishermen left behind in April, but we did find one small tire.”

Nathan said the highlight of his fishing career so far was the 21-inch bass he caught on Rush Lake near Rush City, Minn., last year. Or it might have been the 29 ¼-inch walleye he caught on the same body of water this past summer.

“As long as he catches fish bigger than dad,” Jeff noted. “That’s all he wants to do.”

And with ice fishing right around the corner, Nathan is looking forward to keeping the family tradition going.

“I actually like ice fishing more than regular fishing,” he said. “You catch more fish.”

He’s come a long way since catching sunnies through the lily pads with a cane pole.