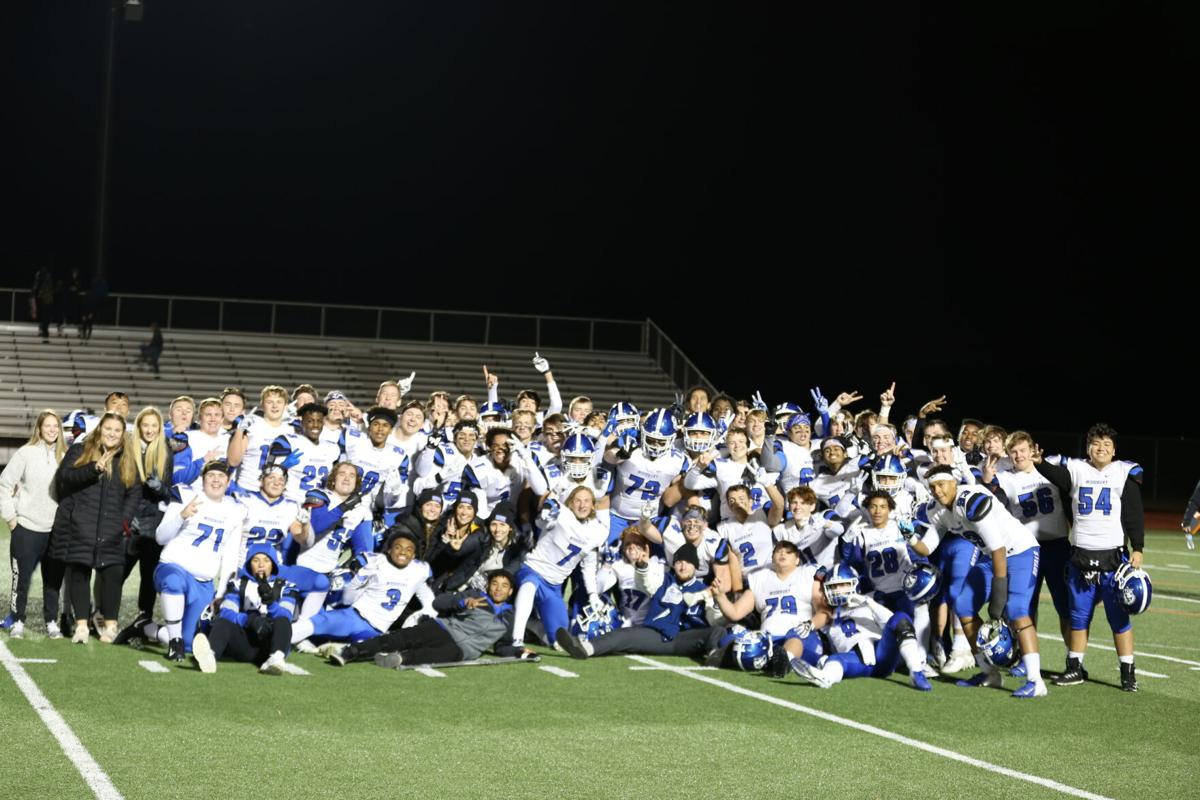 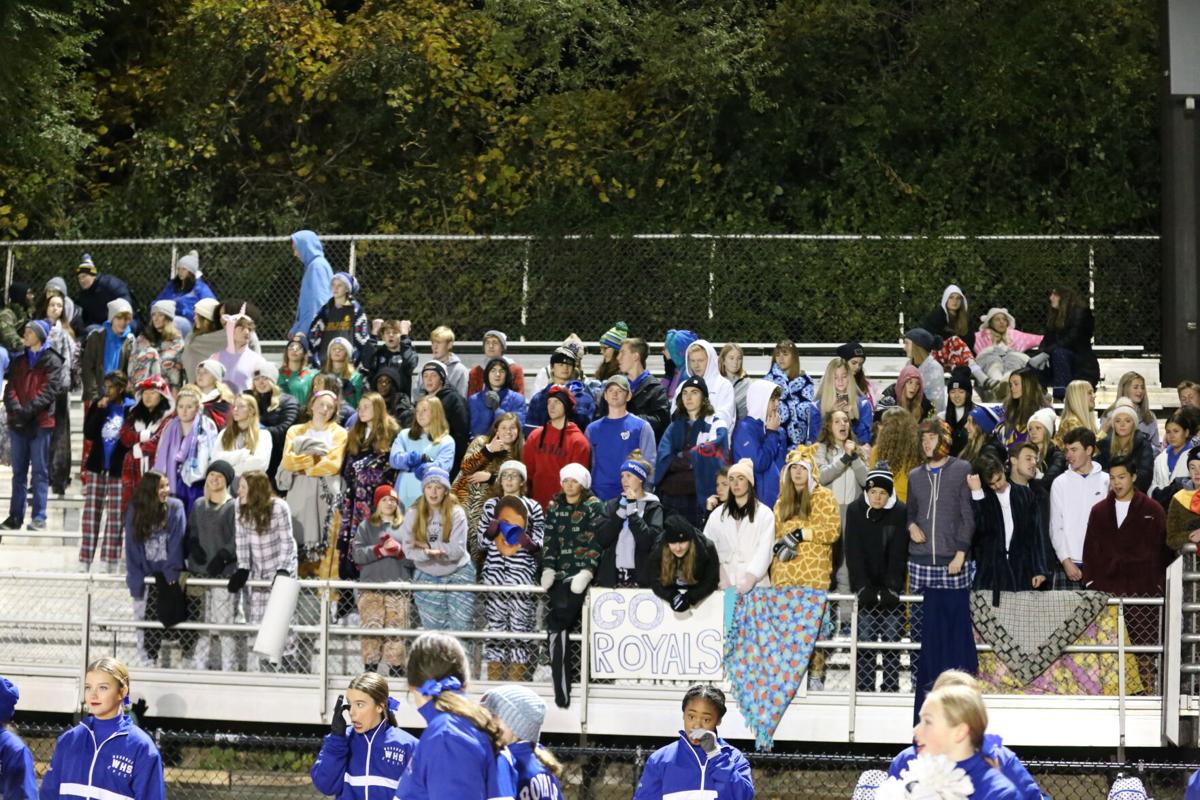 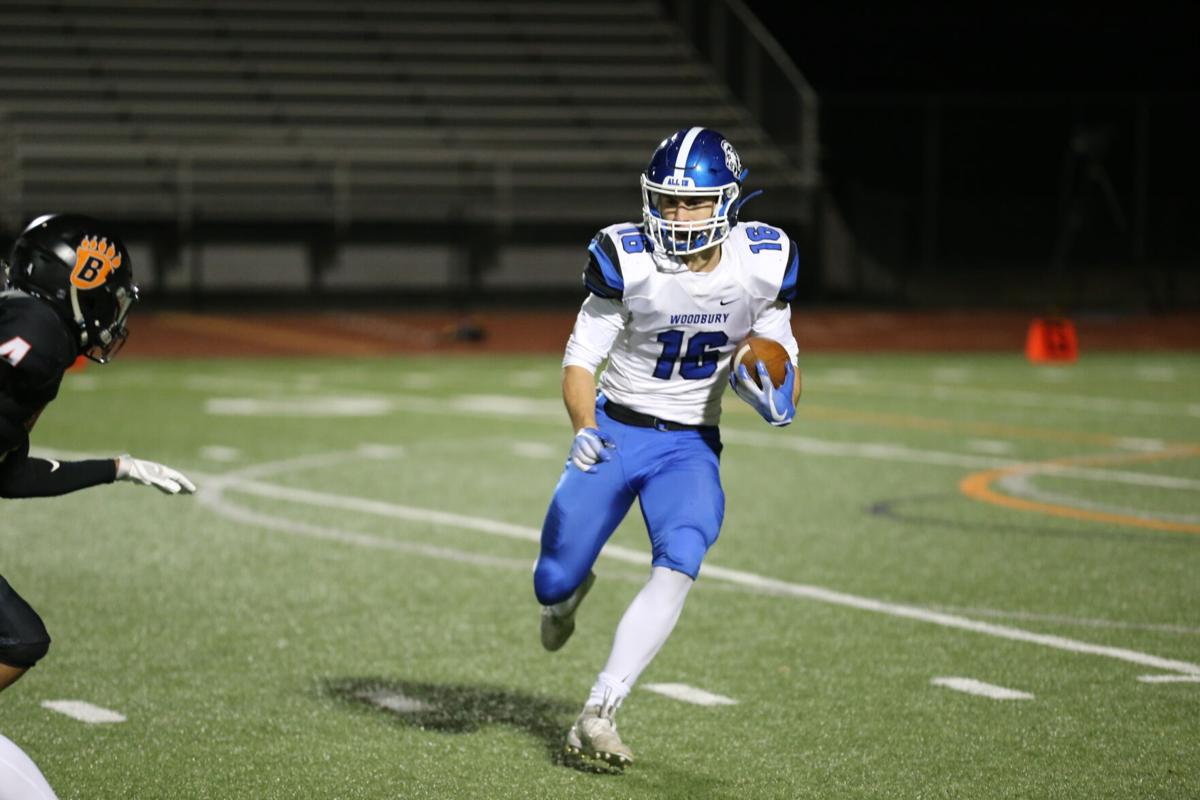 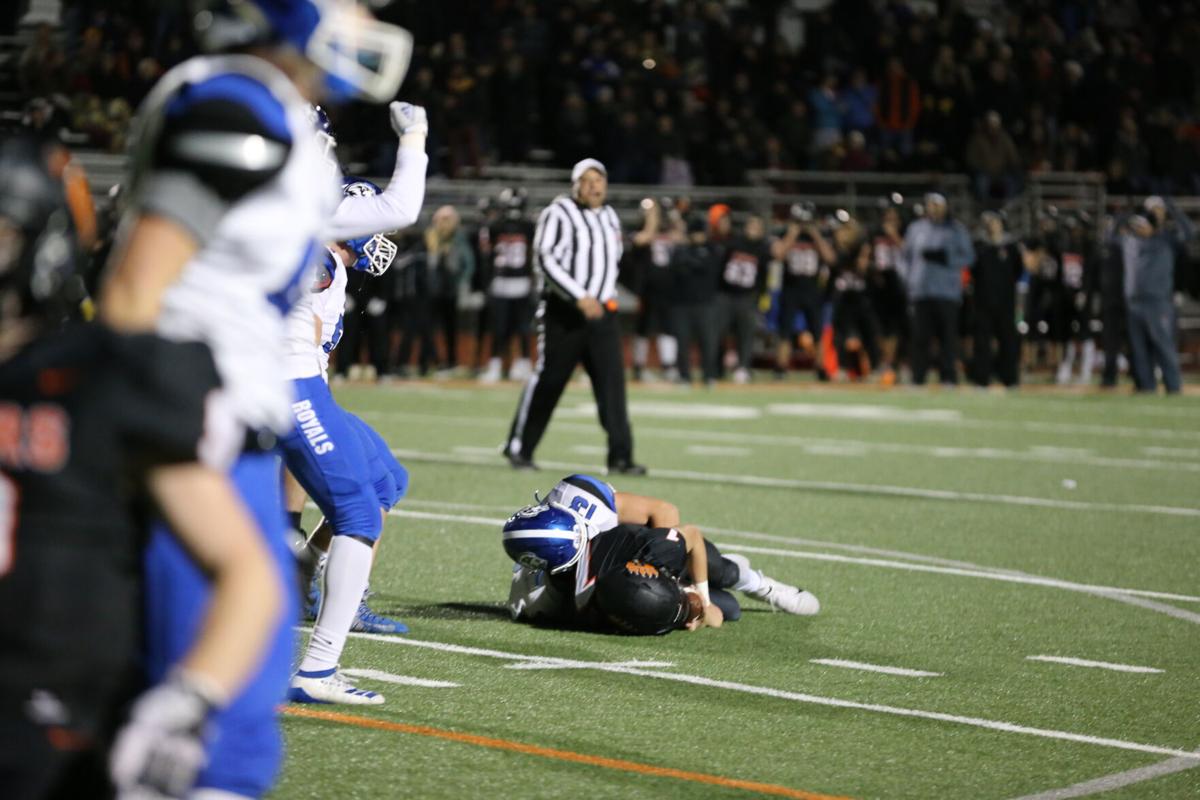 With 12 seconds left in the game on Wednesday night, the Woodbury football team was leading 29-27 and White Bear Lake went for the win.

The Bears called for the field goal team to come onto the field as Jeff Odamtten was going to try for a 39-yard field goal. Just before the snap, Woodbury head coach Andy Hill called a timeout to try and stall the play.

Parker Theis and the Royals defense went after the kicker to try and block the kick. They weren't able to tip the ball at all and the ball went past the players and towards the field goal posts.

As the ball came closer and closer to the posts, the White Bear Lake fans started shouting and cheering as they thought it was going to be good. The two referees both signaled no good as the ball went a foot outside the goal posts to solidify the 29-27 victory for Woodbury.

Not only was it another win for the Royals, but it locked up another Metro East subdistrict title to make it two years in a row of winning that title.

"We wanted to block that kick, but once it was signaled no good we knew that title was coming back to Woodbury again," Theis said. "Winning this title was one of our goals this season and being able to achieve that just shows how strong this team can be each week."

At the beginning of the season, Jake Wenzel, Joe Frommelt and Theis all said they wanted to win another district title, especially since this was their last season as Royals.

Woodbury started the season 0-3 after losses to Lakeville North, Eden Prairie and Mounds View, but the goal still remained for every player and coach on the team. Since that week three loss, the Royals haven't lost a game and finished the regular season with a 5-3 overall record and a 5-1 district record.

"These players showed resiliency this season," Hill said. "They believed in the process of this season and earned this title. I'm so proud of what they've been able to accomplish this season."

After taking control of the district standings last Friday, the Royals needed to win at White Bear Lake on Wednesday to claim the title. It was easier said than done as the Bears wouldn't go down without a fight.

Running back Brock Rinehart wasn't dressed for the game after sustaining an injury in the game against Roseville on Friday, so the Royals offense went through quarterback Charlie Wilson.

Wilson helped Woodbury get a 15-0 lead early in the game after running for a 58-yard touchdown and a 73-yard touchdown. White Bear Lake was able to cut that lead in half with a touchdown before ending the first quarter.

The Royals extended that lead in the second quarter as Theis ran in for a 5-yard touchdown to make it a 22-7 game, but the Bears came back late in the first half to score and make it a 22-14 game at halftime.

There was no scoring in the third quarter, but the game took a complete turn in the fourth quarter. Wilson scored his third touchdown of the game with a 7-yard rushing touchdown to give the Royals a 29-14 lead. Wilson had 206 rushing yards on the night with 18 carries.

The Bears came rolling back though as they scored two touchdowns near the end of the game. On the second touchdown, White Bear Lake went for the two-point conversion to tie the game at 29 all, but the Royals defense was able to stop them after Jack Bungarden sacked the quarterback.

The Bears had to go for an onside kick to try and get the ball back. The onside kick worked and White Bear Lake gained possession at the Woodbury 48-yard line.

The Bears had zero timeouts left, but drove down the field to reach the Woodbury 22-yard line with 12 seconds left on the clock. The field goal unit came out, but missed the field goal that would've given White Bear Lake the lead and possibly the win.

Instead, the Royals went into victory formation and kneeled the ball to win 29-27 and earn the district title.

"This wasn't our best game this season, but we were able to work together and we were all in to win back-to-back titles," Frommelt said. "I think these past couple of years have allowed us to really show the state what our program is all about. This program wouldn't be what it is without the amazing coaching staff. This has been a really fun season, but we're not done."

The Royals will start the playoffs on Friday, Oct. 25, at 7 p.m. at Woodbury High School. Woodbury earned the No. 3 seed in Section 4 of the Class AAAAAA tournament and the Royals will play No. 6 seed Blaine in the first round on Friday.

With the district title, the Royals were in discussions of earning anywhere from the No. 1 seed to the No. 3 seed in Section 4. Totino-Grace won the No. 1 seed and Mounds View earned the No. 2 seed because the Mustangs beat Woodbury in week three of the regular season.

"We just have to focus on the opponent ahead and not think about future games," Hill said. "We'll get back to practice on Monday and start focusing on winning one game at a time."

The Royals had a strong run in the playoffs last season as they reached the state quarterfinals and lost to Lakeville South. Many of these players understand what it takes to win in the playoffs and they're excited to use that previous knowledge for this upcoming week.

If the Royals win on Friday, Oct. 25, they will play the winner of No. 2 seed Lakeville North and No. 7 seed Hopkins. The game will be played at the high seed location on Friday, Nov. 1, at 7 p.m.

Right now, the focus is on Blaine and preparing for the Bengals who went 2-6 on the season.