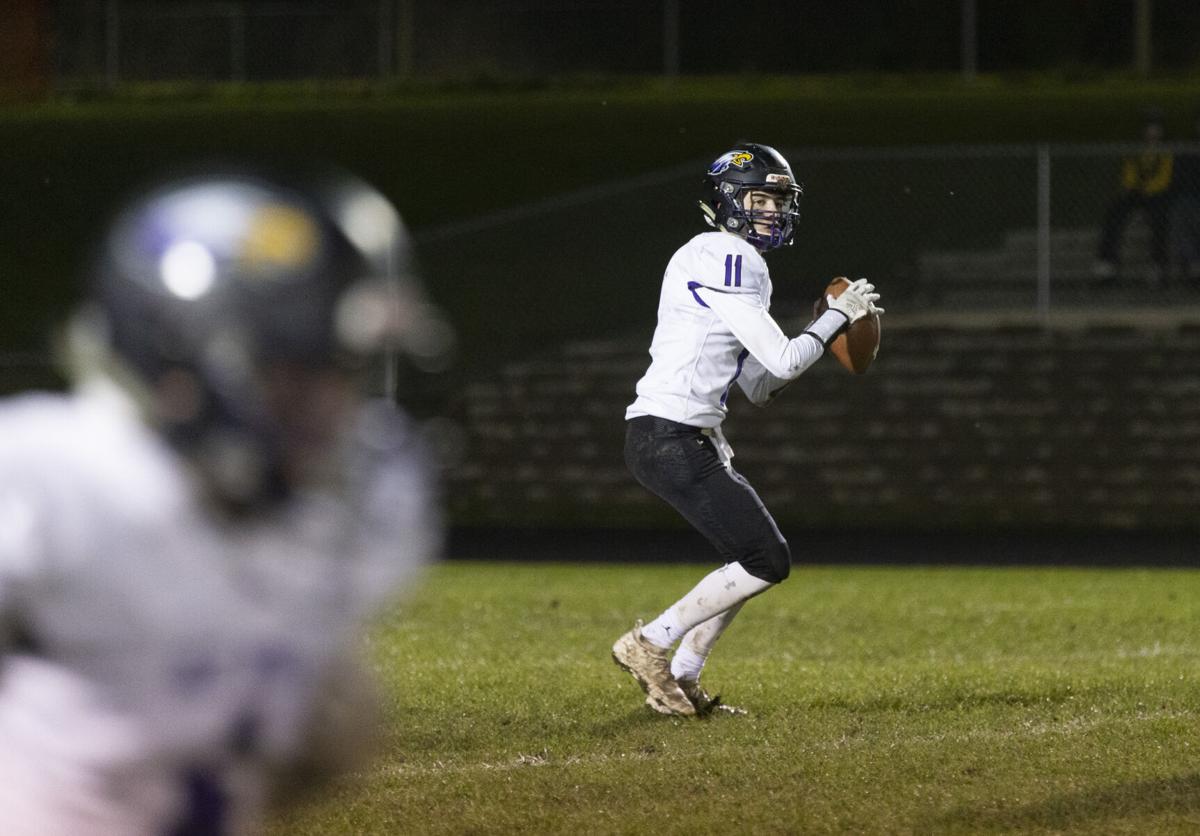 Red Wing's Cooper Chandler (11) looks for a pass during a Section 1AAAAA quarterfinal football game against Byron on Tuesday, Oct. 22, 2019, in Byron. 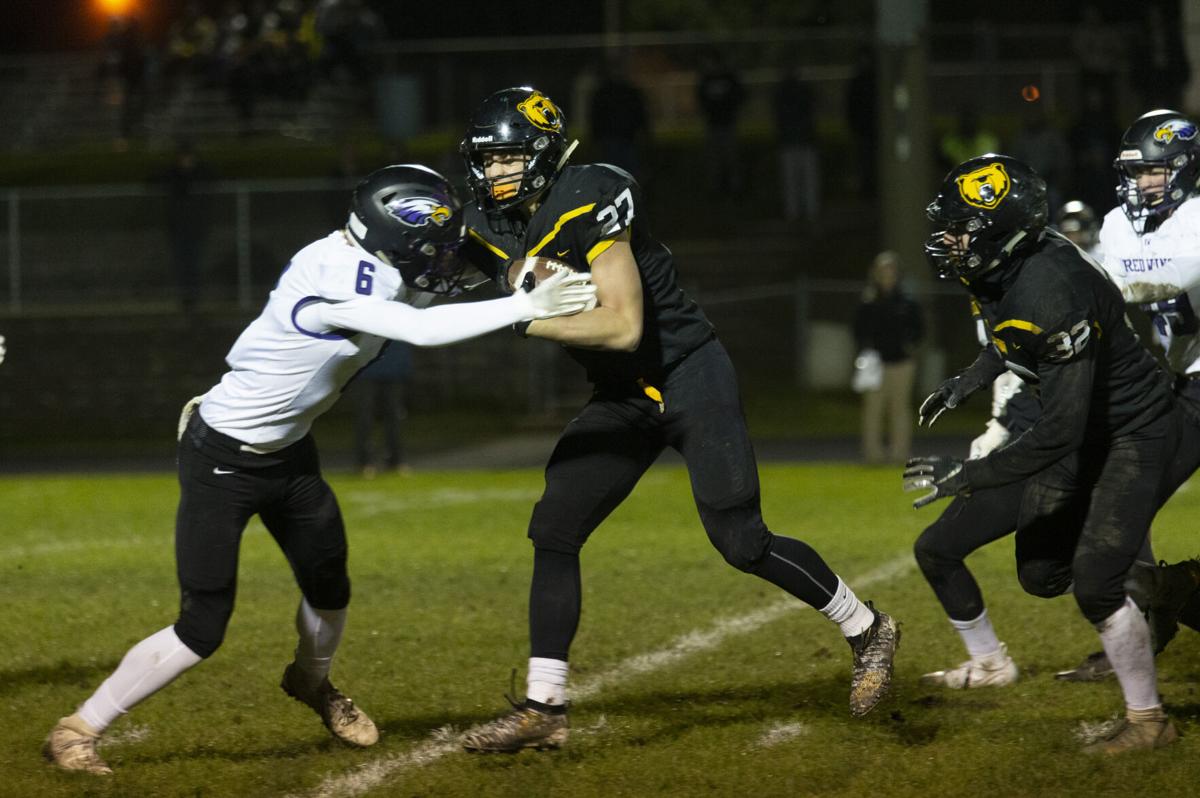 Red Wing's Cooper Chandler (11) looks for a pass during a Section 1AAAAA quarterfinal football game against Byron on Tuesday, Oct. 22, 2019, in Byron.

The Red Wing football team continued to tinker with the lineup. The roster has seen some turnover and by year's end the Wingers had 28 kids on the roster in grades sophomore through senior.

Head coach Nate Freier said the coaching staff decided on seven or eight freshmen and sophomores as starters throughout the lineup for Tuesday night's 48-2 section loss to Byron. Freier said it wasn't a sign of looking at 2020 team, it was about starting the best the team had.

"We weren't starting kids that didn't belong out there," he said, "but they have a lot of development and a lot of learning to do still."

The Wingers went to freshman Kaleb Hove at running back for the final four games of the regular season. Sophomore Wyatt Gonsior's role in the offense and defense increased throughout the year. Sophomore Cooper Chandler started as wide receiver, then slowly took over as quarterback as the season progressed. Freshman Tyler Rodgers started the nearly half the season at cornerback.

"The sophomores and freshmen that are playing right now, those kids were the best at their position as determined by myself and the coaching staff," Freier said.

Freier said his ideal scenario would have somewhere between 35 to 50 players on the roster who are juniors and seniors. The Wingers don't have those types of numbers, but Freier thinks that will eventually change.

"The numbers are improving substantially," Freier said about the 30 seventh graders, 23 to 25 eighth graders and 21 to 22 freshmen. "I'm pretty encouraged by that."

"We had some contributions from some really young kids who maybe didn't expect to see playing time," Freier said. "They took advantage of all the opportunities they were given. They really grasped the concepts we've been talking about all year."

Byron’s Austin Freerksen had 221 yards and four touchdowns on 21 carries on Tuesday, while teammate Ben Stienessen rushed for 90 yards and a score to go with two receiving touchdowns.

The Wingers (0-8), who trailed 27-0 at halftime, had 112 yards of total offense. Red Wing’s lone score came on a safety after a bad snap flew over the head of Byron’s backup quarterback with 8:18 left in the game.