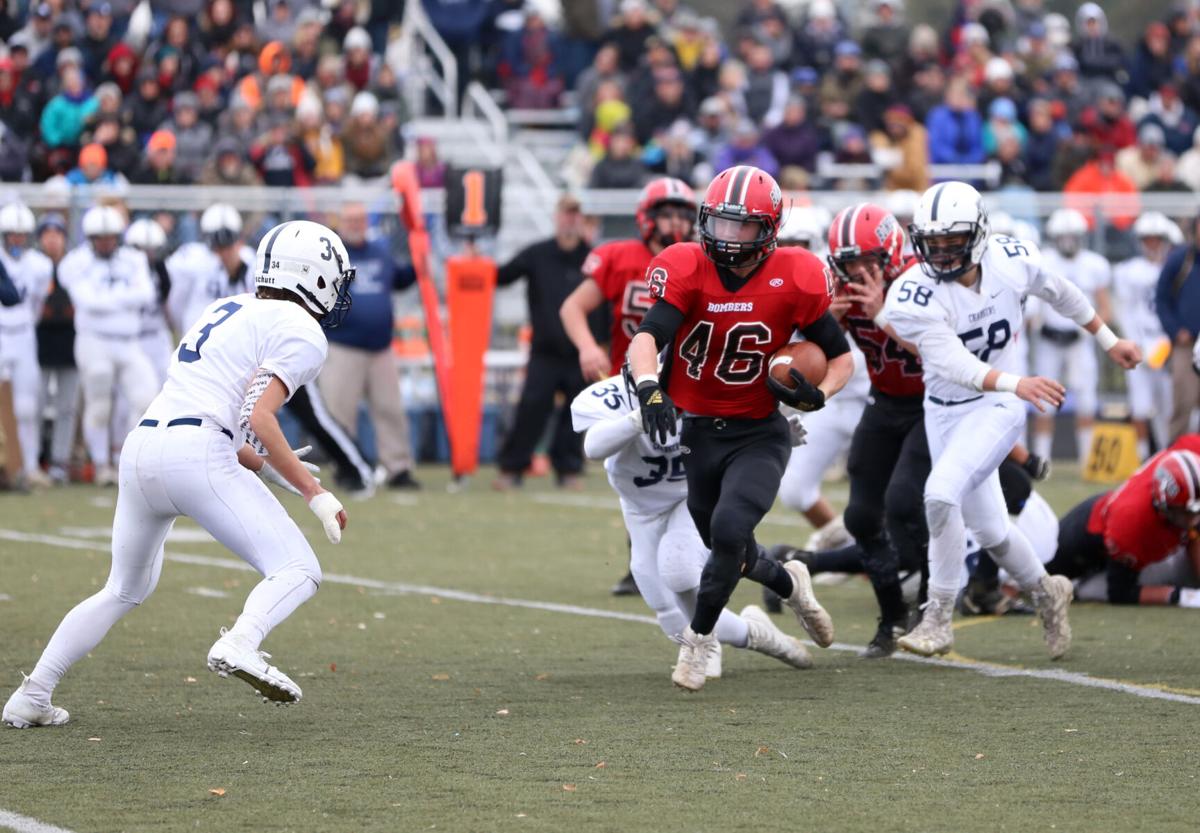 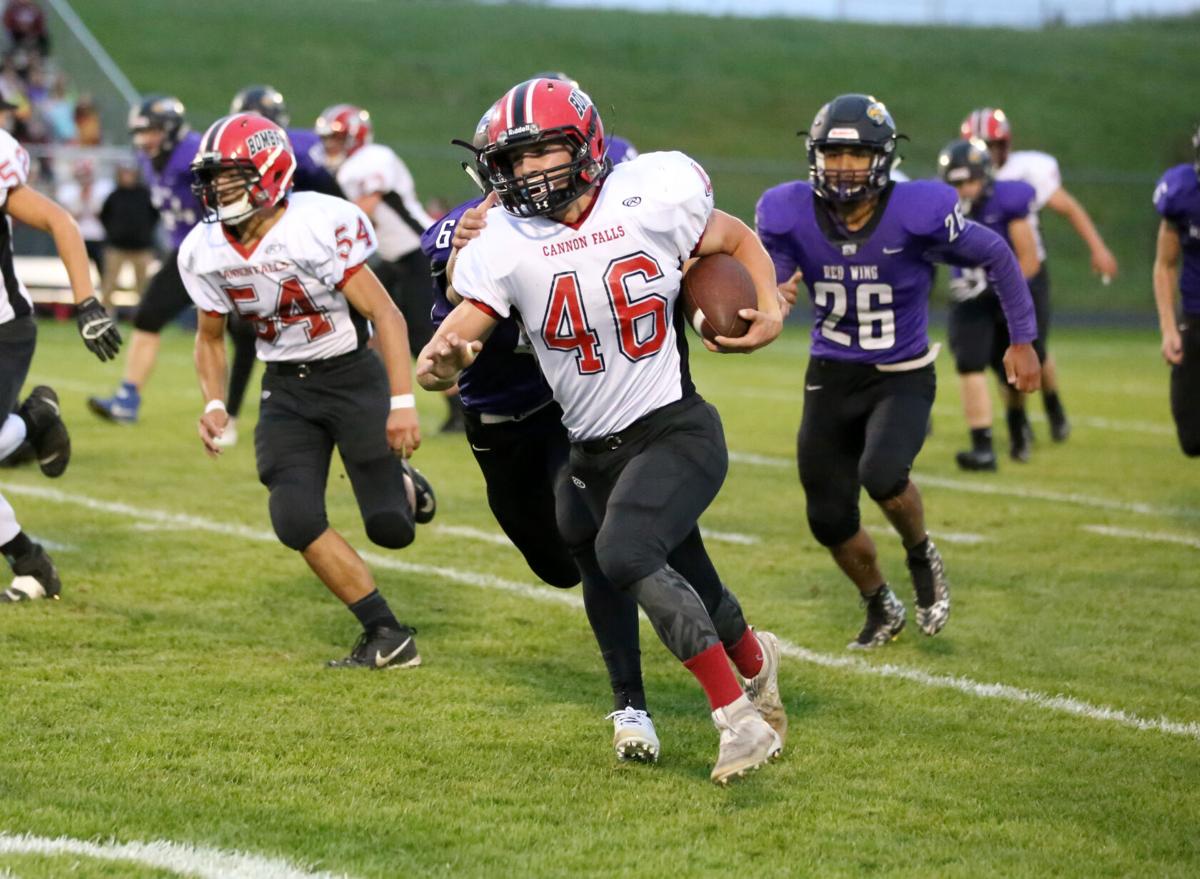 Stepping in to the role of starting running back and strong-side defensive end, Cannon Falls senior Trenton Matthies was able to take what he learned previously and apply it directly to this past season. Matthies said he received a lot of help from Logan Hofstedt.

As the star running back and defensive end for the Bombers as a senior in 2018, Hofstedt worked out with Matthies in the weight room, and even after Hofstedt’s graduation, Matthies was still receiving advice.

“He really helped me out when I started my sophomore year. Watching him and his brother Mason Hofstedt play, it definitely made me want to be where they were at and (play) how hard they played,” Matthies said. “When I lifted with Logan Hofstedt in the weight room, he'd always push me. Now this year, when he went off to (North Dakota State University), he just gave me tips on as much as he could. I really appreciate guys like that.”

Matthies, the 2019 Republican Eagle Player of the Year for Minnesota, became a force on offense and defense. He rushed the ball 141 times for 1,348 yards and scored 17 touchdowns. While Matthies only recorded 26 tackles and two sacks on defense, it’s what the opposing offense did that showed what they thought of him.

All season, the Bombers relied on safety Kade Holt to call out where the opposing tight end or extra blocker was lined up. Matthies moved to the strong side depending on the call from Holt. Even when Matthies was on the weak side, he still felt other teams sent help to block him.

“I started to notice that. It seemed like they would send an extra blocker,” Matthies said. “I'm not sure if that's true or not, but it definitely felt like it.”

Holt, Jack Dommeyer and Marcus Banks each carried the ball more than 65 times and success doing so complimented Matthies in the rushing attack for the Bombers. Matthies thinks it gave the Bombers an extra advantage.

“Other coaches started to see how many carries I was getting and how often I was getting the ball,” Matthies said. “They definitely locked down on me. That gave us a chance to get our other running backs the ball and more attempts.”

Matthies said he’s proud of what was accomplished, not just for him, but the team, too.

“I think we gave it our all, and being captain that's what I wanted for my team is to give it our all every game. I'm proud of where we started to where we ended,” he said of his Bombers, who reached the state tournament for the second straight year.

Looking ahead, Matthies has football on his mind. He wants to play at the DII or DIII level, saying he’d like to be able to step right and make a difference as a freshman or sophomore. As of writing this, Matthies had yet to sign a letter of intent, but was actively looking at and touring colleges.