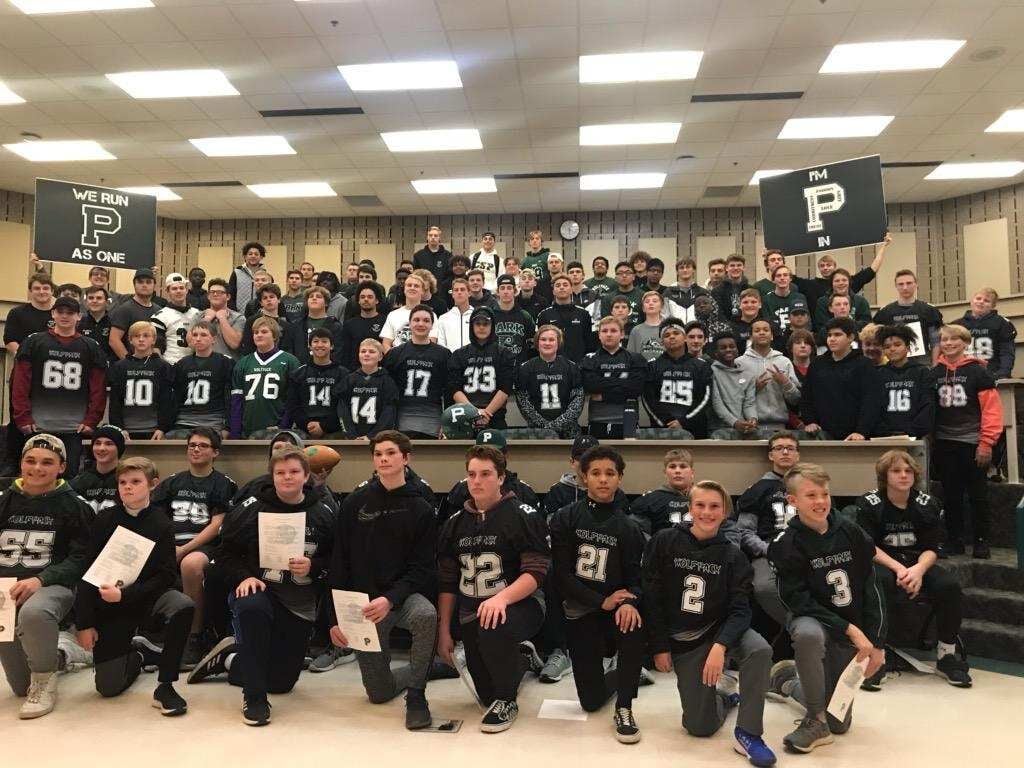 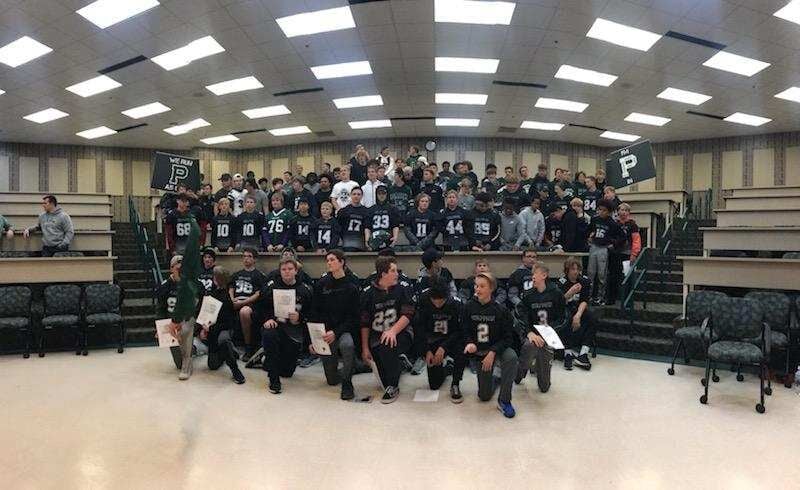 The event took place on Monday, Oct. 28, and head coach Rick Fryklund said he wanted to start this tradition when he was interviewing for the head coach position at Park. He said he wanted to bring the athletic association and the high school teams closer with this type of event along with other events throughout the year.

Fryklund had 50 players come down one at a time on that Monday to sign their letter of intent to play at Park High School. The student-athletes were able to keep the letter and take a picture with Fryklund after signing.

Every player that went down to sign their letter, came back with a smile on their face. They were excited to be an upcoming Park player and continue the future of the football program with the Wolfpack.

The youth players were able to grab the Park football hat and even hold the Park helmets. Each of the student-athletes received a t-shirt at the end of the signing along with a celebration with the coaches, current football players and their families.

Fryklund hopes to continue this event in the future after each football season because he knows the future of this program goes through the Cottage Grove Athletic Association. He said he appreciates the help from all the coaches and family members that help in the journey of these student-athletes.