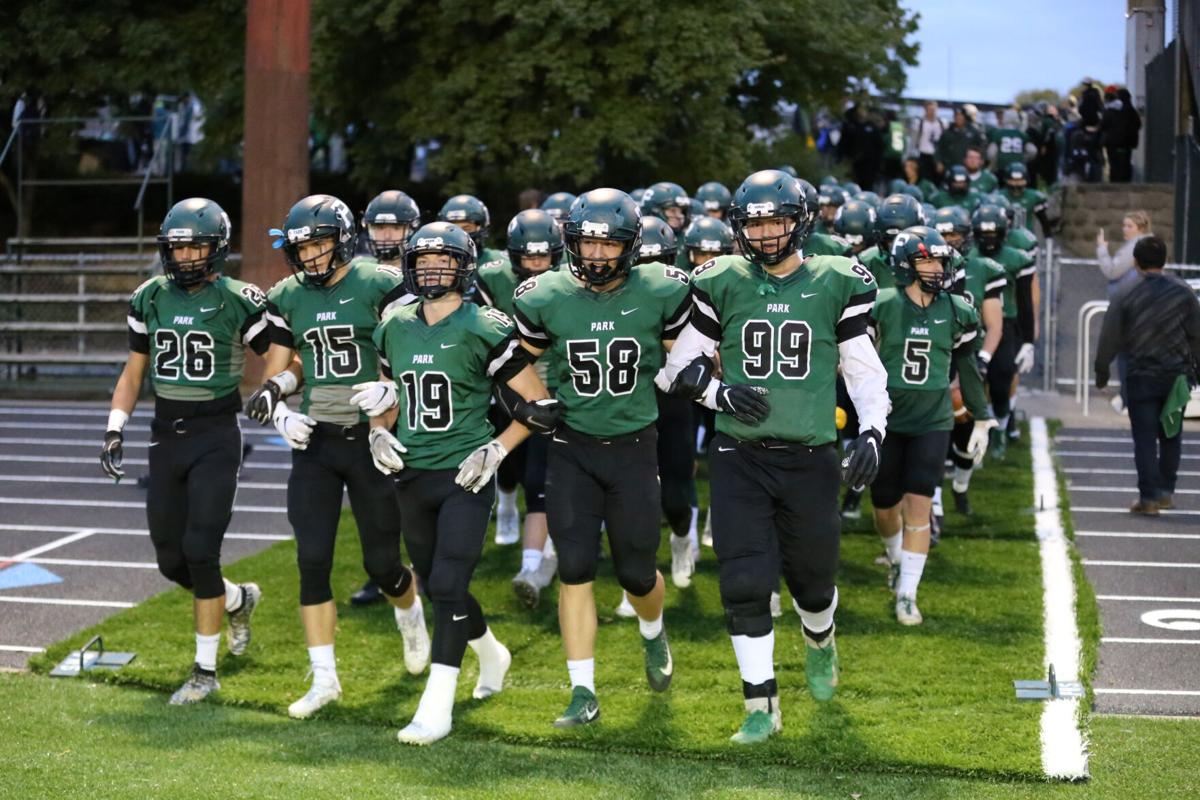 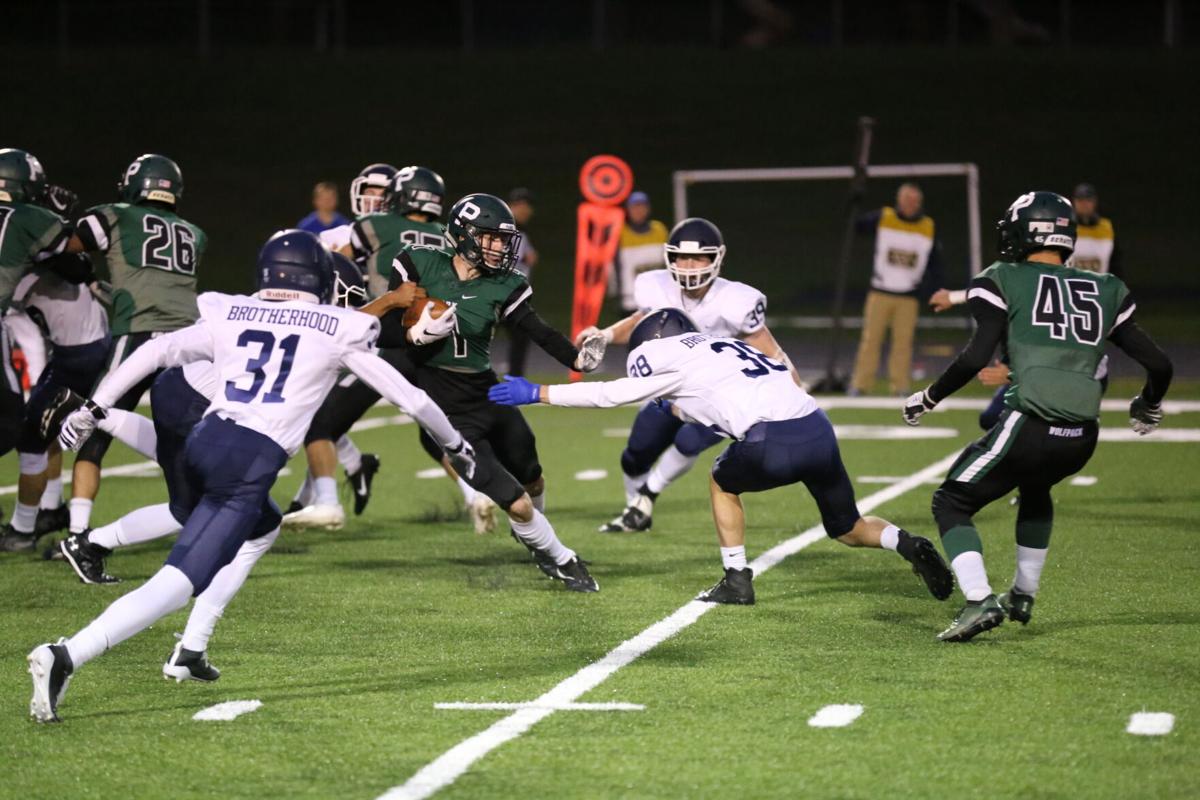 The Park football team has had success on the road this season. The Wolfpack team is 3-0 in away games and they were looking to finish the regular season with an undefeated record at South St. Paul on Friday night.

Instead, South St. Paul was able to play a little bit of trickery and hold onto its lead to defeat Park 21-0 in a night filled with snow, wind and colder weather.

"The wind limits your passing opportunities on offense, but the weather didn't effect too much of the game," said head coach Rick Fryklund. "South St. Paul was able to capitalize on big plays and we just needed to be more consistent during the game."

The game stayed close for the entire first half as no team scored in the first quarter. Then, Quinn Christoffersen scored a rushing touchdown for the Packers to take a 7-0 lead heading into halftime.

Christoffersen became a popular name throughout the evening as he ran for two more touchdowns in the second half of the game to earn all the points for the Packers in their 21-0 victory.

Defensively, Fryklund said South St. Paul ran a few plays that the Wolfpack didn't see on film and were anticipating. Those plays caught the defense off guard and allowed the Packers to either run in for a touchdown or get into strong field position to score later in the drive.

"Our team played tough tonight and showed that physicality," Fryklund said. "We just need to limit our mistakes and keep that physical toughness like we've had this season."

Offensively, Fryklund said there were a couple of turnovers that stopped momentum and drives that were in Park's favor. Along with the turnovers, Fryklund added that the offense needs to focus on achieving their weekly goals and that will lead to a strong last game of the regular season.

He added that offense, defense and even special teams have goals they want to achieve each game throughout the season. Some of those goals are specific to a particular game and others are year-long goals, but if the team can reach those goals they have a strong opportunity to win the game.

The Wolfpack team will have a short week to prepare for the last regular season game, which is also a home game. It'll be senior night at Wolfpack Stadium on Wednesday, Oct. 16, at 7 p.m. as Park hosts Coon Rapids.

Fryklund hasn't watched a lot of film on Coon Rapids, but plans to take a look this weekend and also early next week. Park is sitting at 3-4 for a record this season and 1-3 in the Suburban - Maroon standings.

Coon Rapids is 4-3 on the season, but Fryklund said the team is focused on learning from Friday's game and continuing to grow for the final game of the season before playoffs start. The opportunity to improve to 4-4 and have a .500 season heading into the seeding tournament for playoffs could mean the difference between two or three seeds, so every win is important especially the last game of the season.

"Every win during the season means a lot," Fryklund said. "It excites the players for the upcoming week and it can give you some momentum and that makes us excited for Wednesday's game."