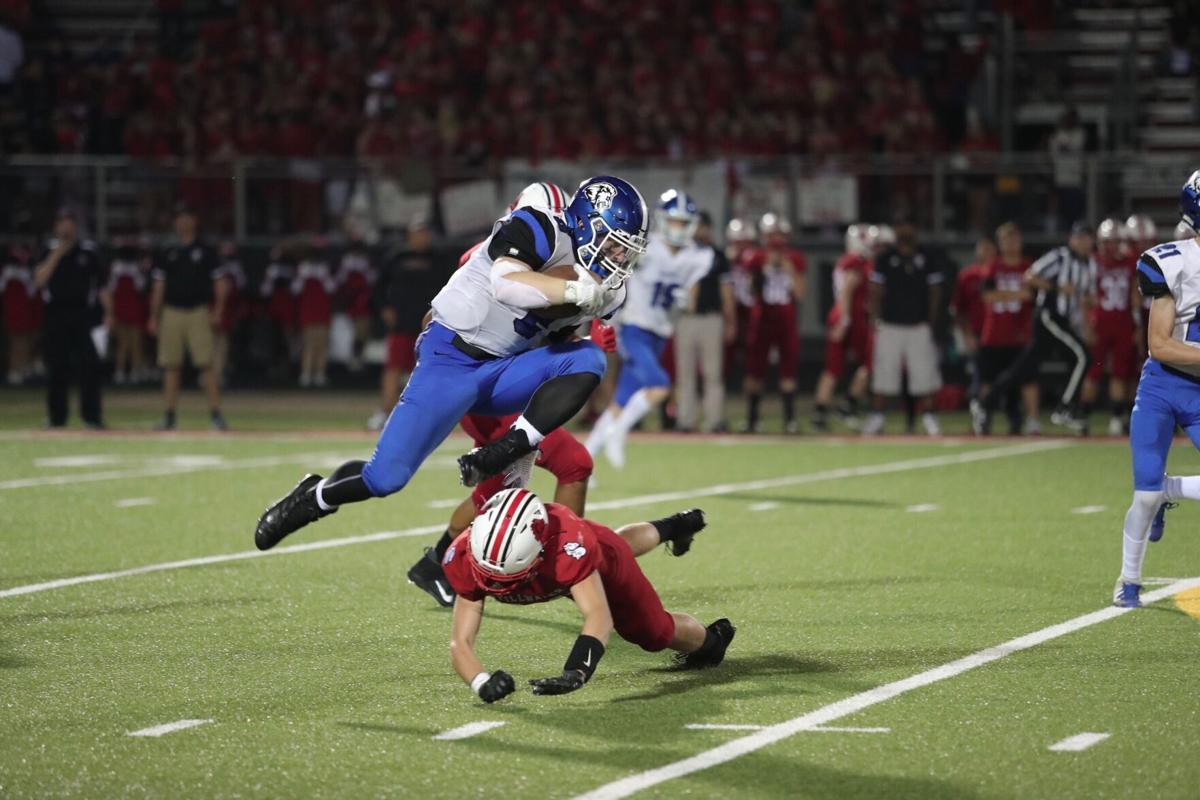 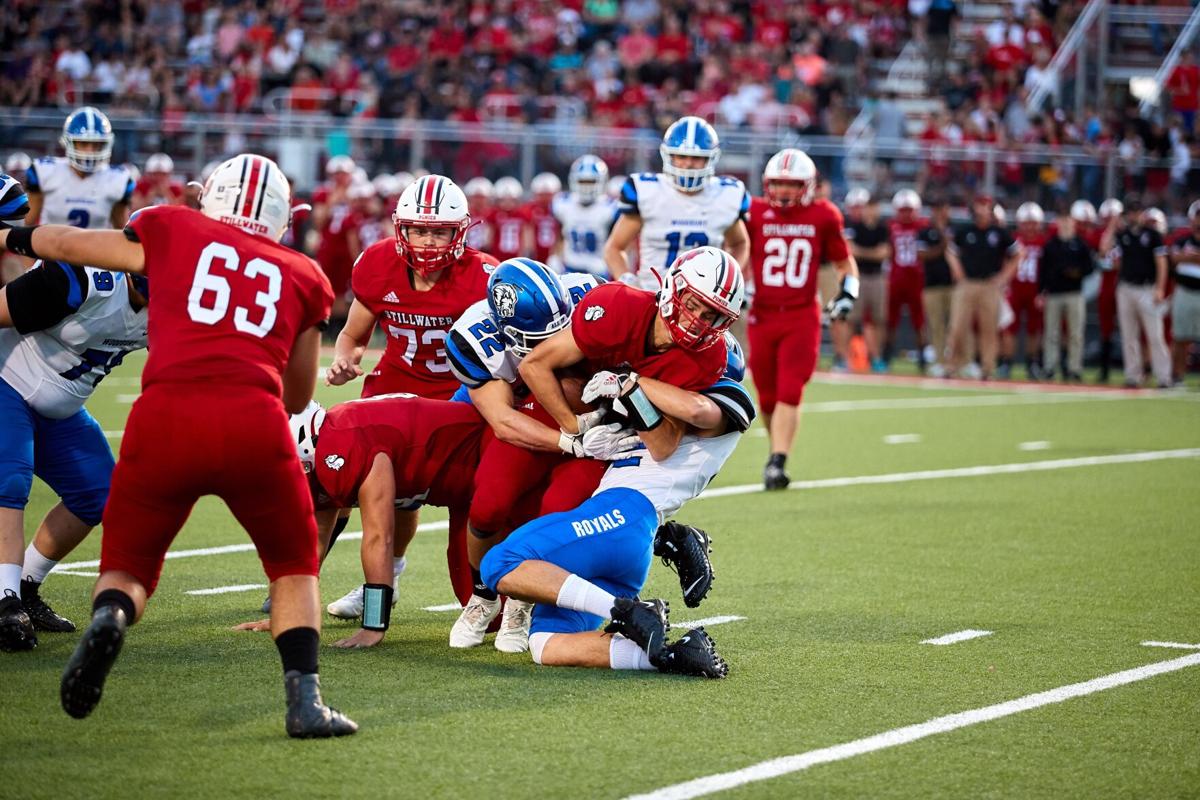 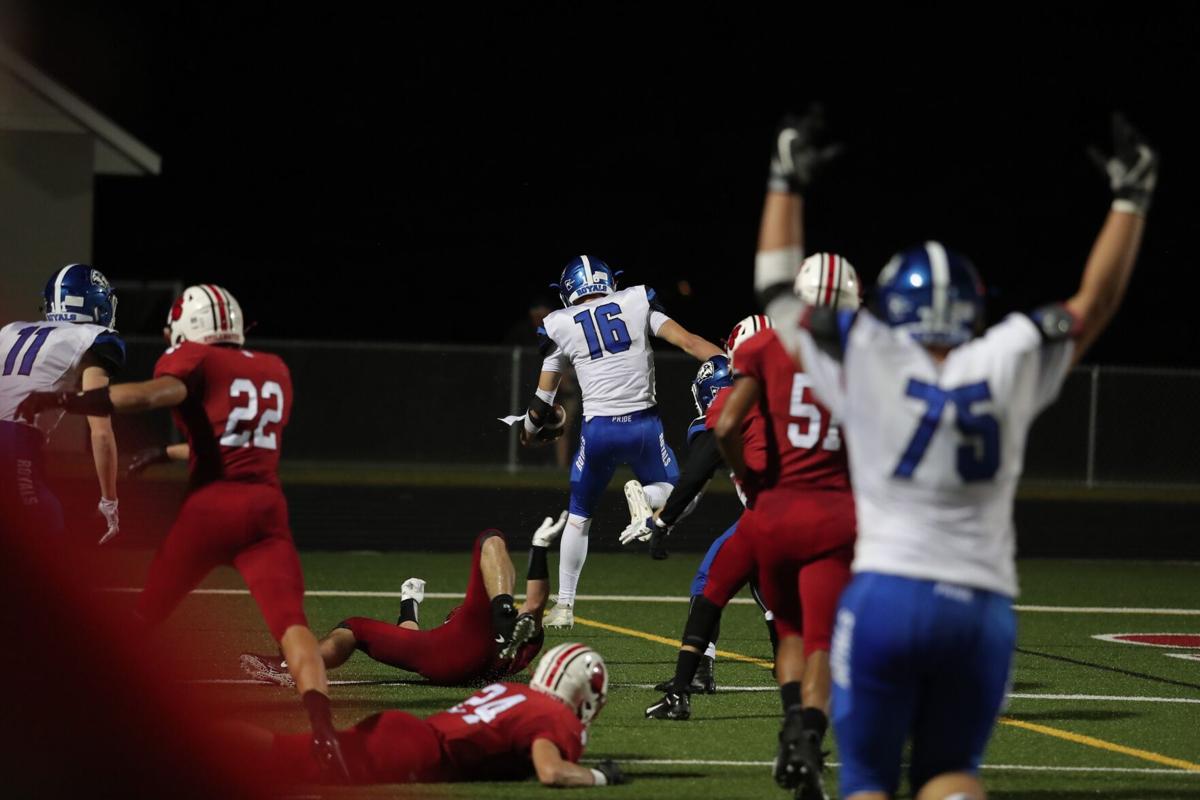 After the loss to Mounds View last week, head coach Andy Hill said he was going to shift some things in preparation for the game at Stillwater.

The changes he made worked because the Royals came out firing and earned a 42-14 win over the Ponies on Friday night. The win was the first win of the season for Woodbury and a needed win for the Royals.

"It was a great win for our players and I was happy with them earning that first victory," Hill said. "We approach each game the rest of this season as a championship game."

The Royals started their offensive production early in the game as they scored 21 points in the first quarter. Brock Rinehart started off the scoring with a 2-yard rushing touchdown to make it a 7-0 game. Then, Cole Smutny recovered a fumble for a touchdown and also ran in an 8-yard touchdown to make it 21-0 in favor of the Royals.

In the second quarter, Rinehart scored his second touchdown with a 2-yard rushing touchdown and Charlie Wilson ran into the end zone for a 38-yard touchdown to make it 35-0 heading into halftime.

Hill said he's not sure on Wenzel's status for next Friday's game, but he'll know more on Monday at practice. Wenzel has had Wednesday, Thursday and Friday off as well as the entire weekend, so Hill is hoping he'll feel better for the week of practice.

Even though Wenzel wasn't able to play, Hill was happy to see all the quarterbacks show their strengths in the game on Friday night.

"We have a lot of depth on this team and it was great to see that in many different positions," Hill said. "It opens up more possibilities that we can use in the future."

The second half started with a mistake on the special teams for Woodbury and it allowed Stillwater to score its first touchdown of the game. The momentum could've shifted in favor of the Ponies after that touchdown, but Woodbury made sure to stop that confidence early and continue to control the game.

The next score came in the fourth quarter as Rinehart found the end zone on an 11-yard touchdown for his third touchdown of the game. Stillwater scored once more near the end of the game to make it a 42-14 final score.

"We played with a lot of intensity tonight because we knew how much we needed a win tonight," Hill said. "I'm proud of how hard we fought and kept that momentum going all night long."

Rinehart led the Royals in rushing with 156 yards on 16 attempts with three touchdowns, while Wilson was right behind him with 143 rushing yards on 17 attempts and one touchdown. Wilson also went 10-for-15 with 105 passing yards and a passing touchdown. Defensively, Smutny had a big night with 12 total tackles, while Josh Hawksford had five total tackles.

The Royals will look to continue this scoring production as they return home on Friday, Sept. 27, at 7 p.m. to take on Cretin-Derham Hall. Woodbury knows the Raiders are a dominant team and will look to start that winning streak at home next week.

It'll be the next challenge for Woodbury, but Hill and the players are excited to take them on and look for their second win of the season.