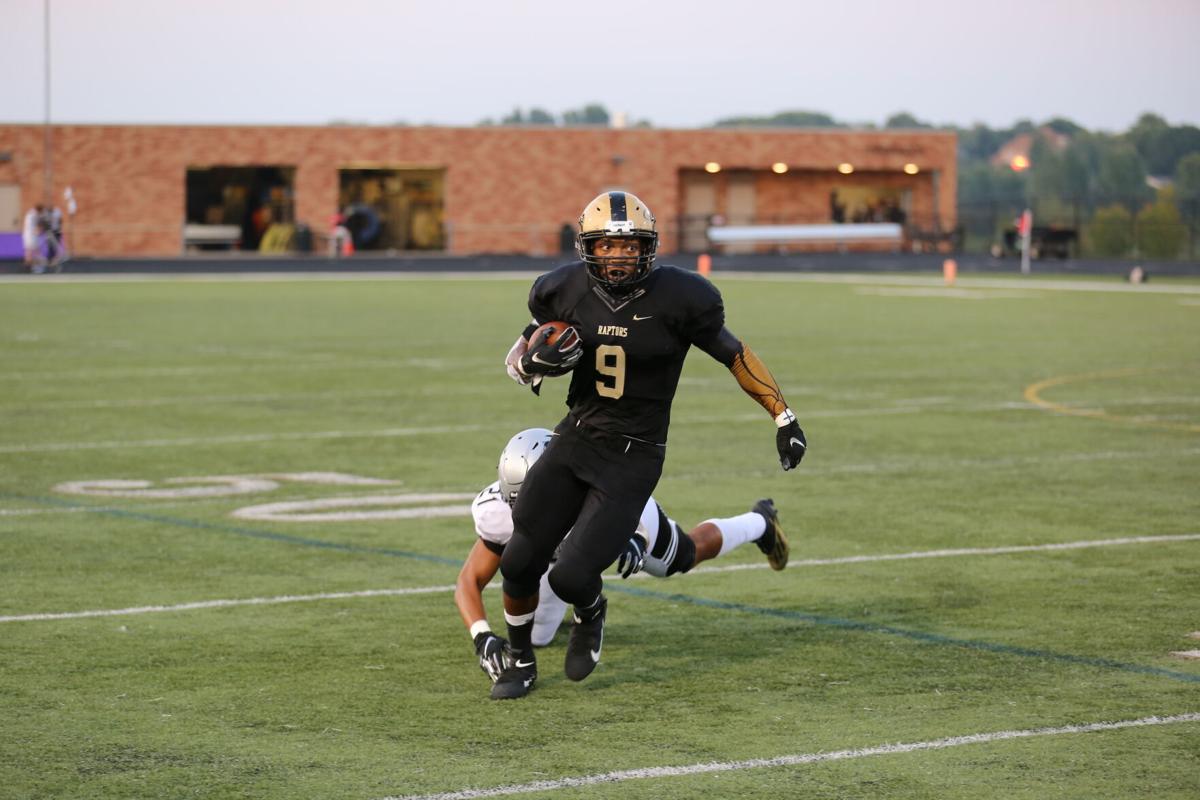 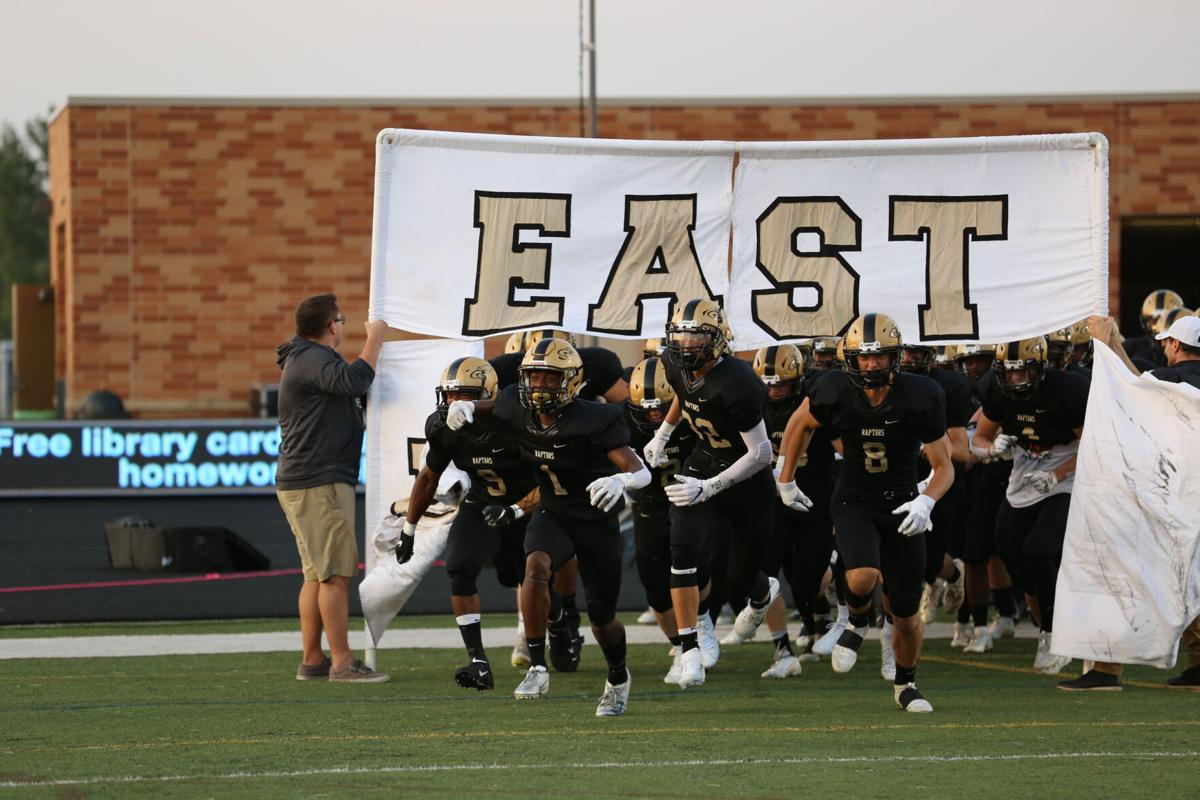 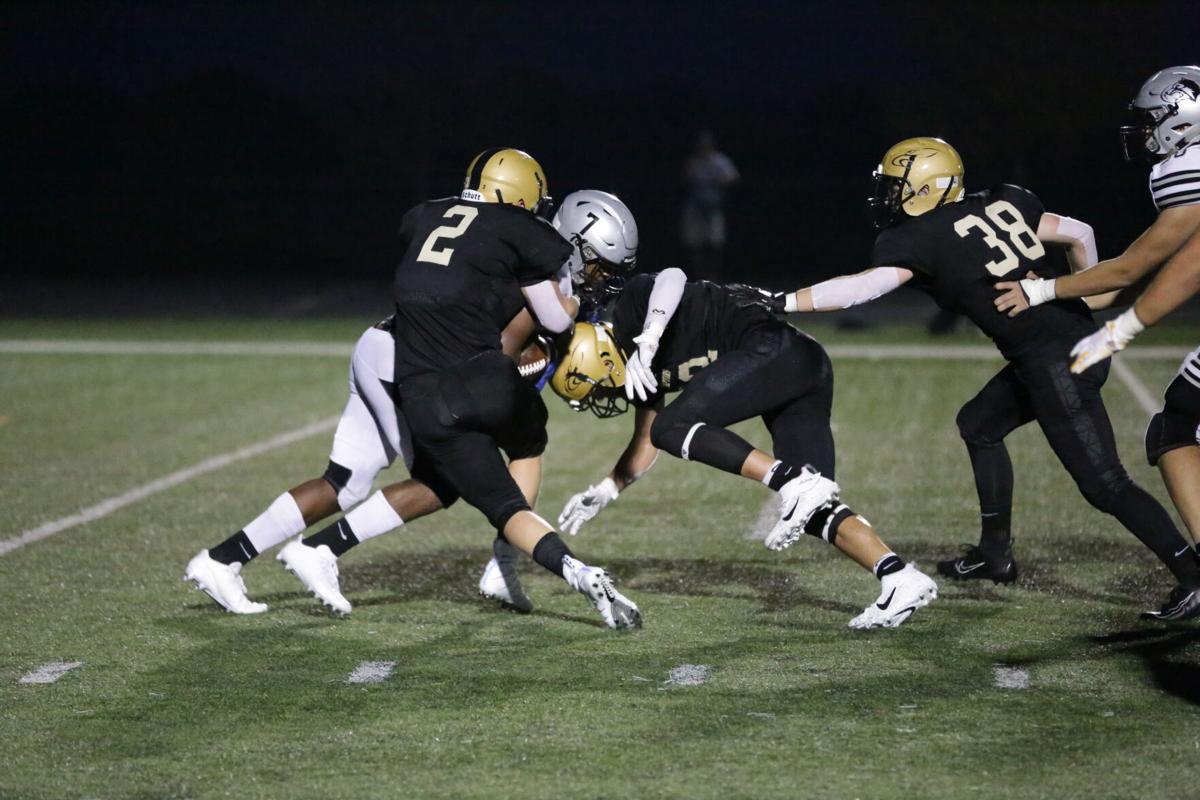 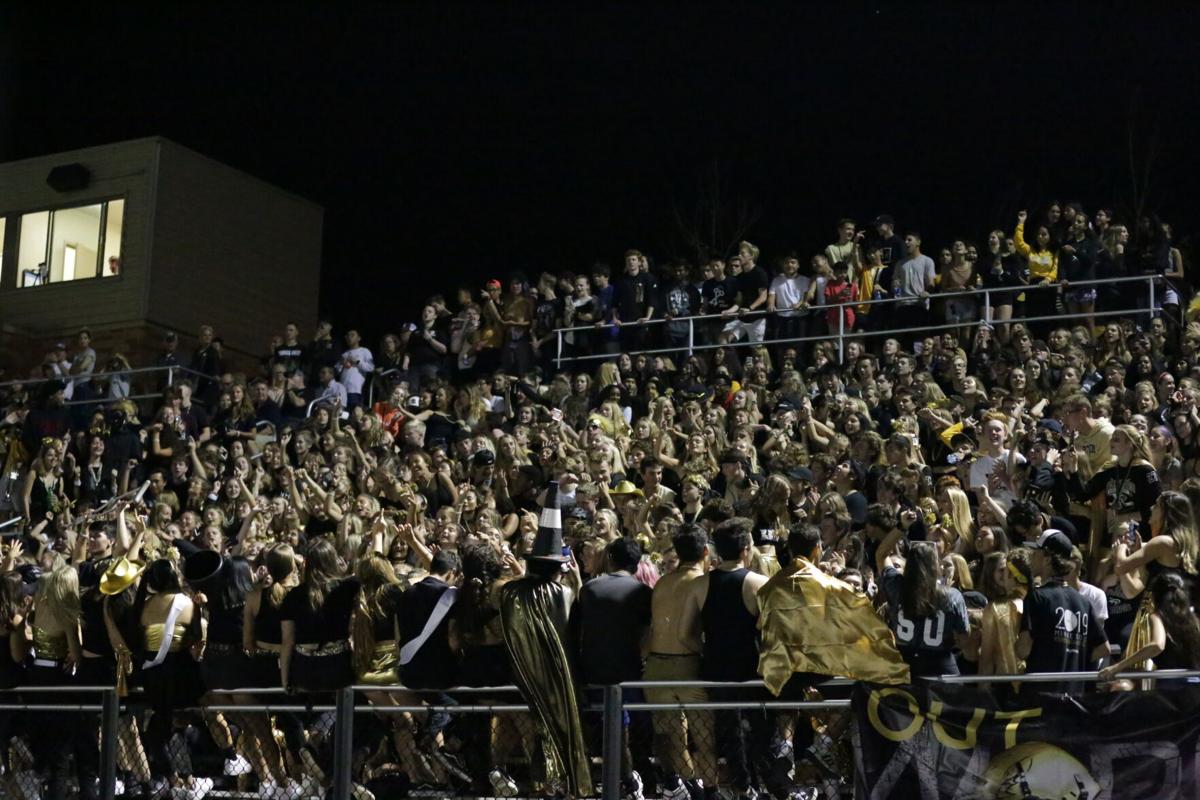 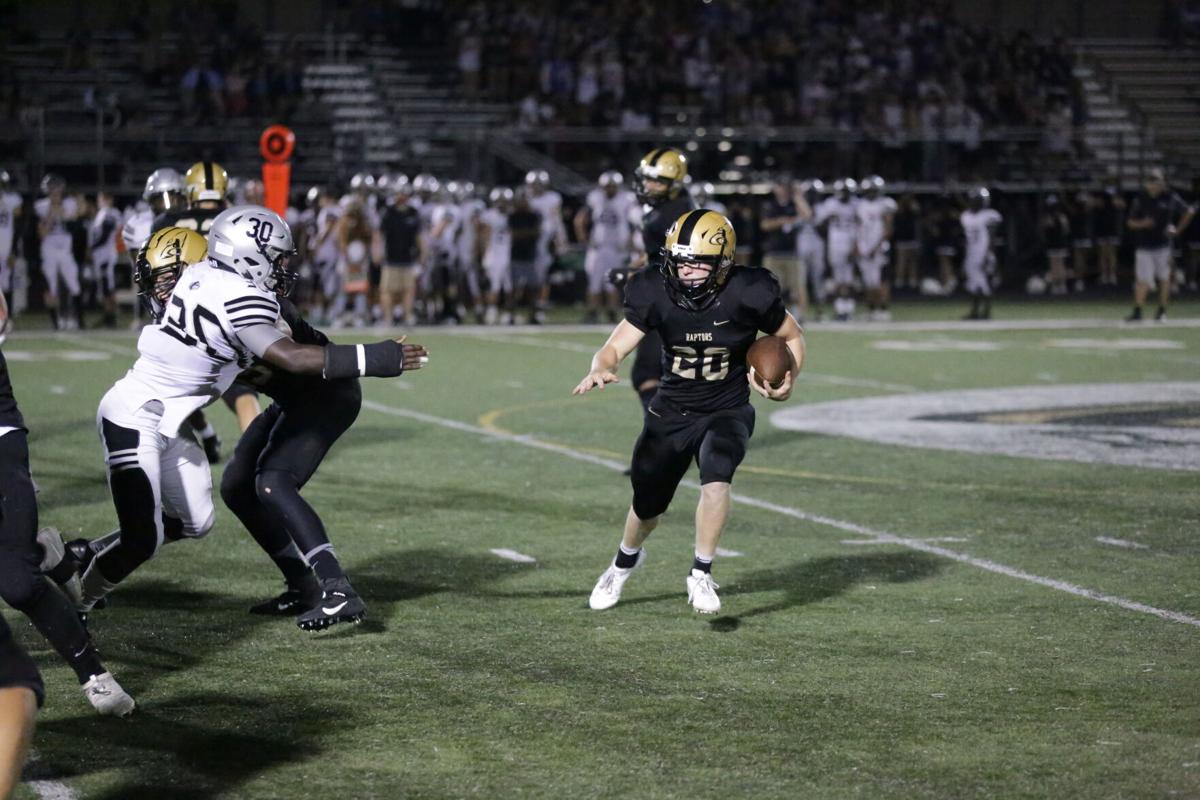 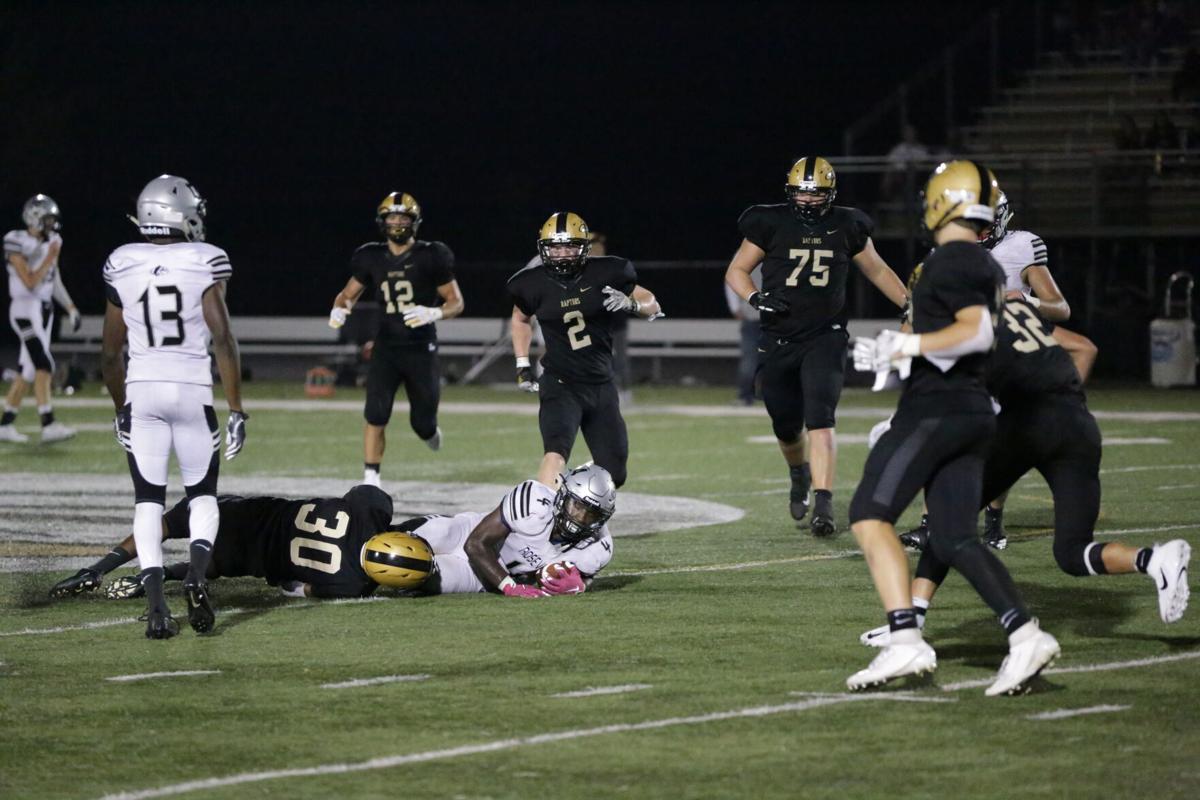 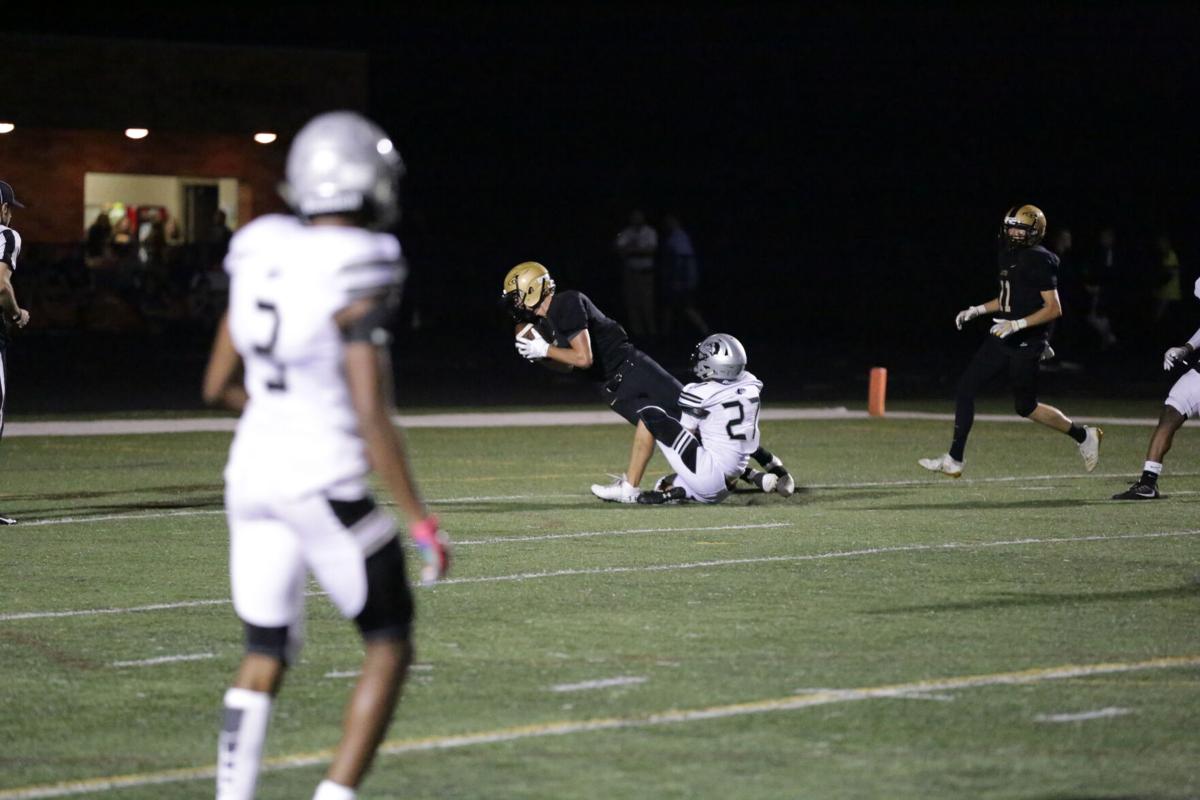 After shaking hands with Roseville at the end of the game, the East Ridge football players ran over to the East Ridge student section to sing their school song and show their support to their fans.

While the players were over there, the East Ridge coaches were smiling because they knew this wasn't just an ordinary Friday night.

It was homecoming night.

"It's always fun to play at home, but homecoming night is something special," said Ethan Pittman. "The crowd is bigger and the noise is louder. I love it on the field and luckily we were able to get them a win tonight."

East Ridge came out firing and never let up allowing the Raptors to win in dominating fashion with a 42-13 final score over Roseville.

The student section was packed with students in black and gold with sparkles and glitter showing their love for the school and the football team. The stadium was electric with a loud marching band, a strong cheer squad and a supportive East Ridge community.

This homecoming was focused on celebrating the last 10 years since East Ridge High School opened and many alumni came back to see the growth of the school. The theme surrounding the week was "Golden Memories" and the East Ridge football players had plenty of memories to take with them from this game.

"Our school is so special because our culture is so great and so positive," said head coach Dan Fritze. "It's more than just a football game with everyone, and our kids know that and appreciate all the support from the community."

The student section, along with the rest of the East Ridge fans, were cheering from the very beginning as the Raptors started the game with intensity. That intensity led to an 8-yard rushing touchdown by KJ Moore to take a 7-0 lead.

Roseville quickly tied the game up at 7-7 with a touchdown of its own about halfway through the first quarter. That would be the only touchdown allowed by East Ridge's defense until late in the fourth quarter.

"Our defense is the pride of our team," Moore said. "That's what we take pride in just stopping teams and making sure we don't give up too many offensive points. Our defense holds it down for us."

Moore played on the defensive end for some snaps, but his biggest production came at the running back position. The senior scored two more times to make it three total rushing touchdowns. It could've been five touchdowns without a holding penalty on the Raptors that voided Moore's touchdown and his helmet popping off at the 1-yard line.

Larson was also a big contributor to the offense as he scored two rushing touchdowns, including one in the second quarter that gave East Ridge a 21-7 lead. With six seconds left before the half, Jackson Turner threw a strike to Nolan Goetz for a 33-yard touchdown and gave the Raptors a 28-7 lead with momentum and confidence on their side.

Moore came back out to score his other two touchdowns in the third quarter to extend the lead even more at 42-7.

"Moore is a special player," Fritze said. "We just have to figure out a way to use him properly. It's not easy because we have him as a running back, a linebacker and we have him on special teams. Tonight, he just broke out and that's just who he is, he's a special kid."

Pittman and Moore agreed that winning the last two home games was big for this team and to get back to .500 on the season with a 2-2 record. They just want to see that intensity and determination carry into the second half of the season with only Metro East games left to play.

East Ridge will be hitting the road next week as the Raptors take on White Bear Lake on Friday, Sept. 27, at 7 p.m. before returning home to take on Woodbury.

Fritze understands it's never easy to win on the road, but he knows this team is capable of winning anywhere on Friday night. They just have to continue working together as a team and the winning streak will continue.

"I feel like we had a learning curve those first two games," Moore said. "Now, we just need to keep working hard at practice and focus on the next opponent ahead."

The @erhssupers2020 fans are running in for a spot as @ERHSRaptorsAD hosts it’s homecoming game tonight. Roseville will take on @RaptorPride tonight. The Raptors are looking to even out their record tonight. A great night for football. I’ll be at East Ridge all night for updates. pic.twitter.com/70hvDdEW3E