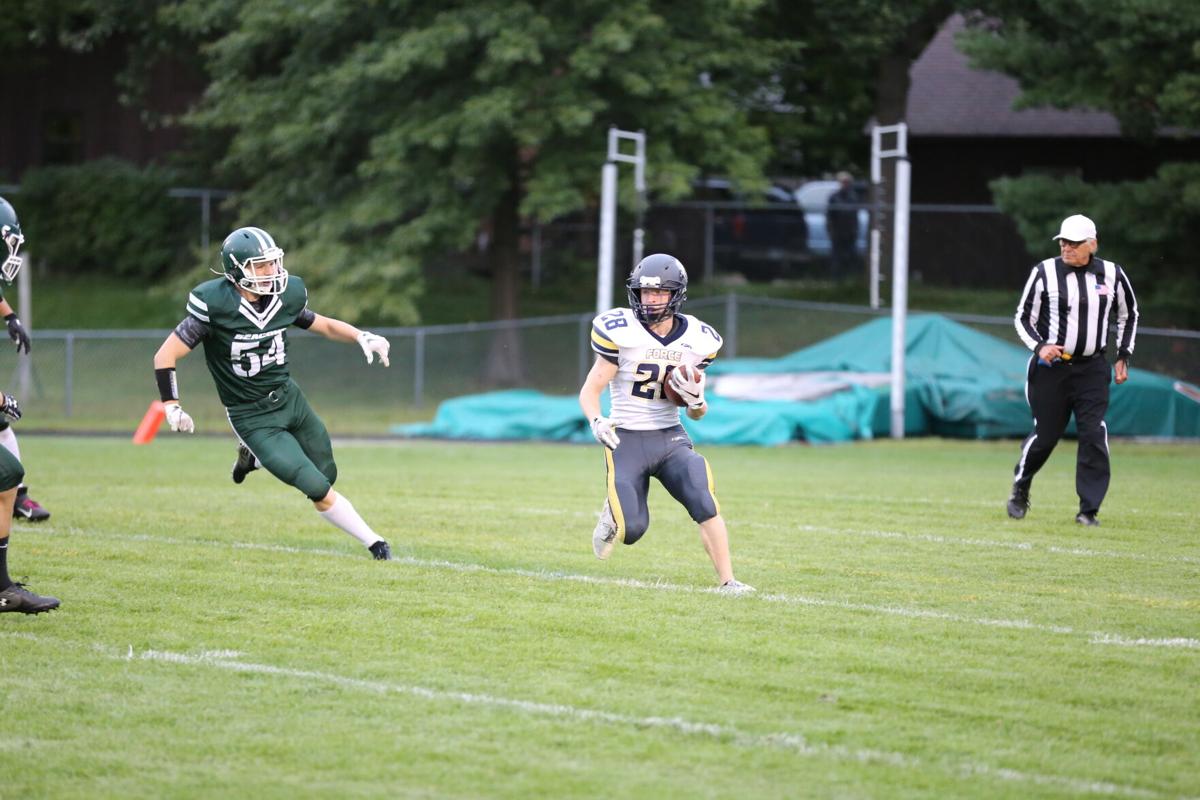 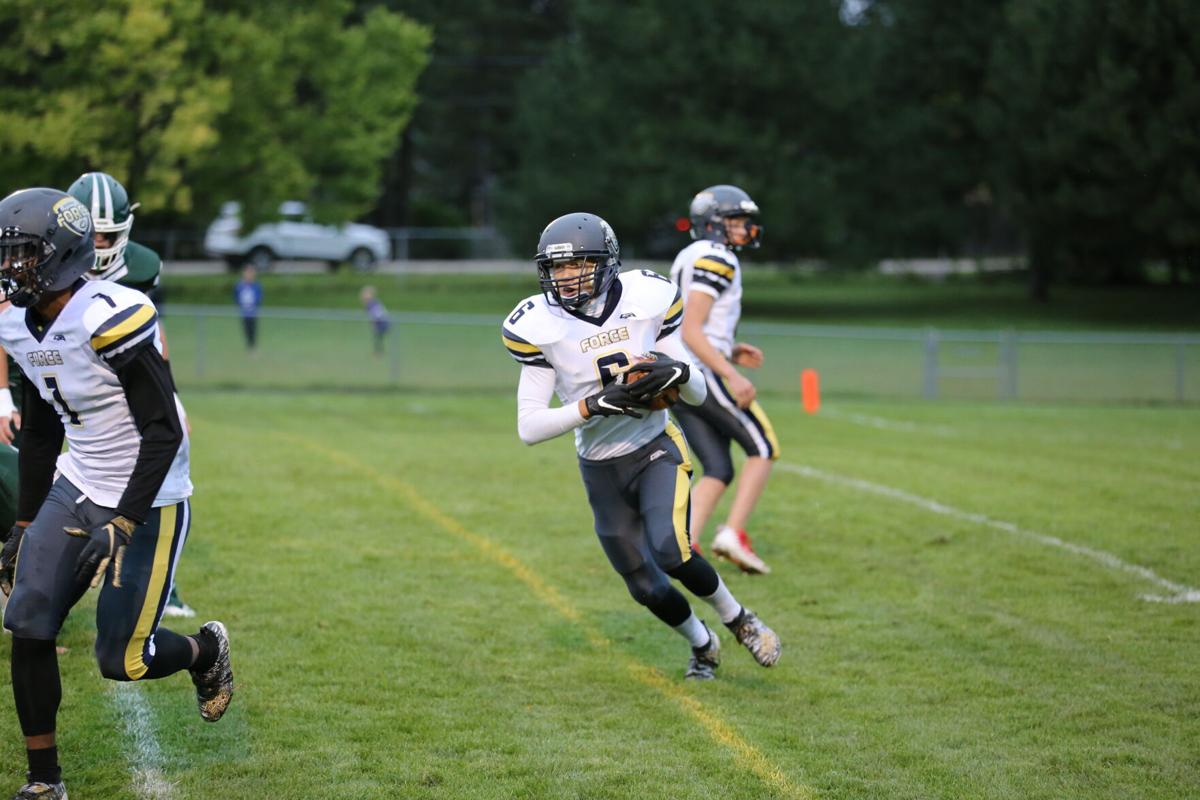 It was a close fourth quarter and the Academy Force captains reminded the team about another close game they played a couple weeks ago.

The team played St. Paul Humboldt and lost 15-14 in a close ending to the game. After that game, the players never wanted to be on the losing side of that the rest of the season.

Academy Force was up 28-20 in the fourth quarter and the players were determined to keep that lead. They fought hard on defense and finished with the win to even out their record at 2-2 on the season.

"I was proud of how our players continued to fight at the end of the game," said head coach Noah Dombrovski. "They were ready for this game and wanted to win during their homecoming week, which was fun to see."

The game went back-and-forth for the first half as Jake Aga had a strong night as the running back. He found some openings and was able to be effective on the ground for the majority of the game.

In the third quarter, Brooklyn Center's runner broke away and was eyeing the end zone. Academy Force's Marcellus Johnson ran over 40 yards to catch up with the runner and tackle him.

Not only did he tackle him, but he caused a fumble that Johnson was able to recover. It was a play Dombrovski will never forget and it helped Academy Force earn the victory.

"Marcellus saved a touchdown with that tackle and fumble," Dombrovski said. "That moment changed the momentum and altered the rest of the game for us."

After that play, the defense made sure to make no more mistakes and preserve this lead until the final horn. Academy Force was able to come out with a 28-20 win and end the first half of the season at .500 with a 2-2 record.

Academy Force has a difficult stretch coming up with two road games at Breck and Minneapolis Edison. The Breck game will be at Breck School on Friday, Sept. 27, at 7 p.m. in Minneapolis.

Breck is 4-0 to start the season and has averaged 41.75 points per game. The team has also averaged 94.5 passing and 212.2 rushing yards per game, which Dombrovski is looking to attack this upcoming week in practice.

"These homecoming games are special for these players and winning it in front of their families and friends means a lot to them," Dombrovski said. "We want to the players to enjoy the win this weekend and come back next week ready to continue growing and learning for our next game."