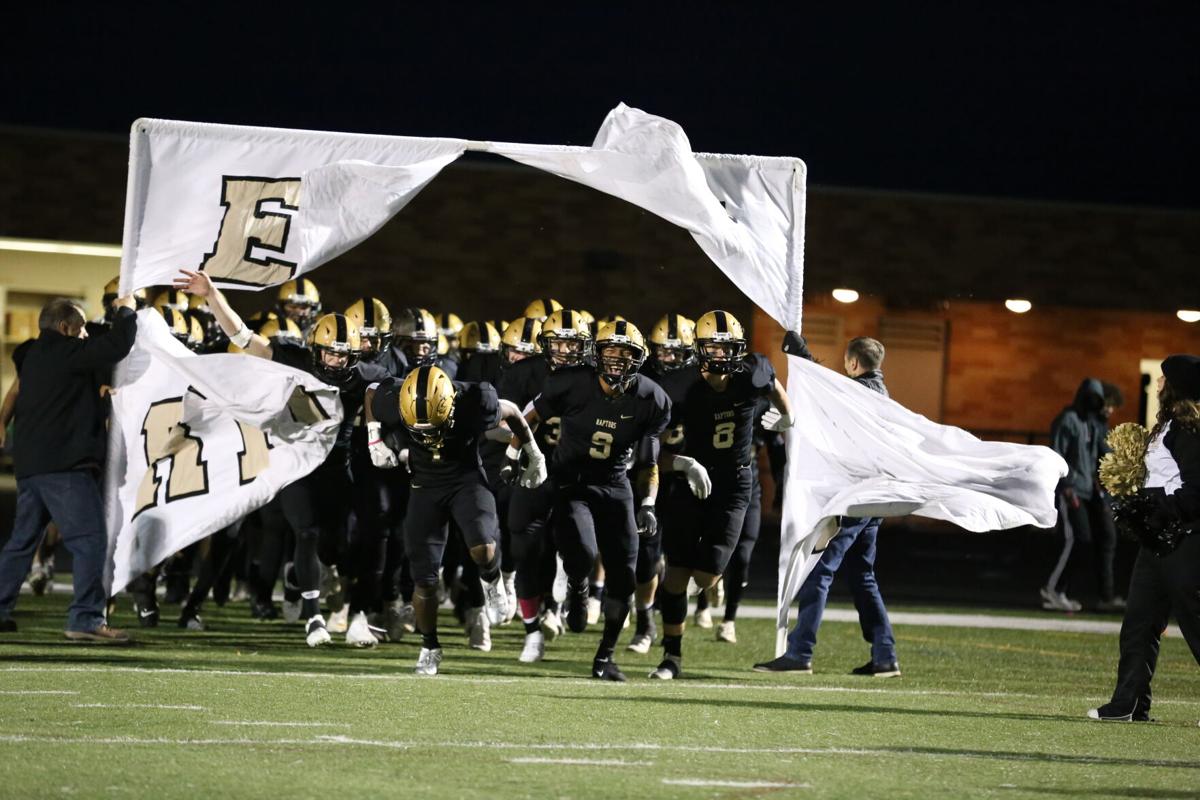 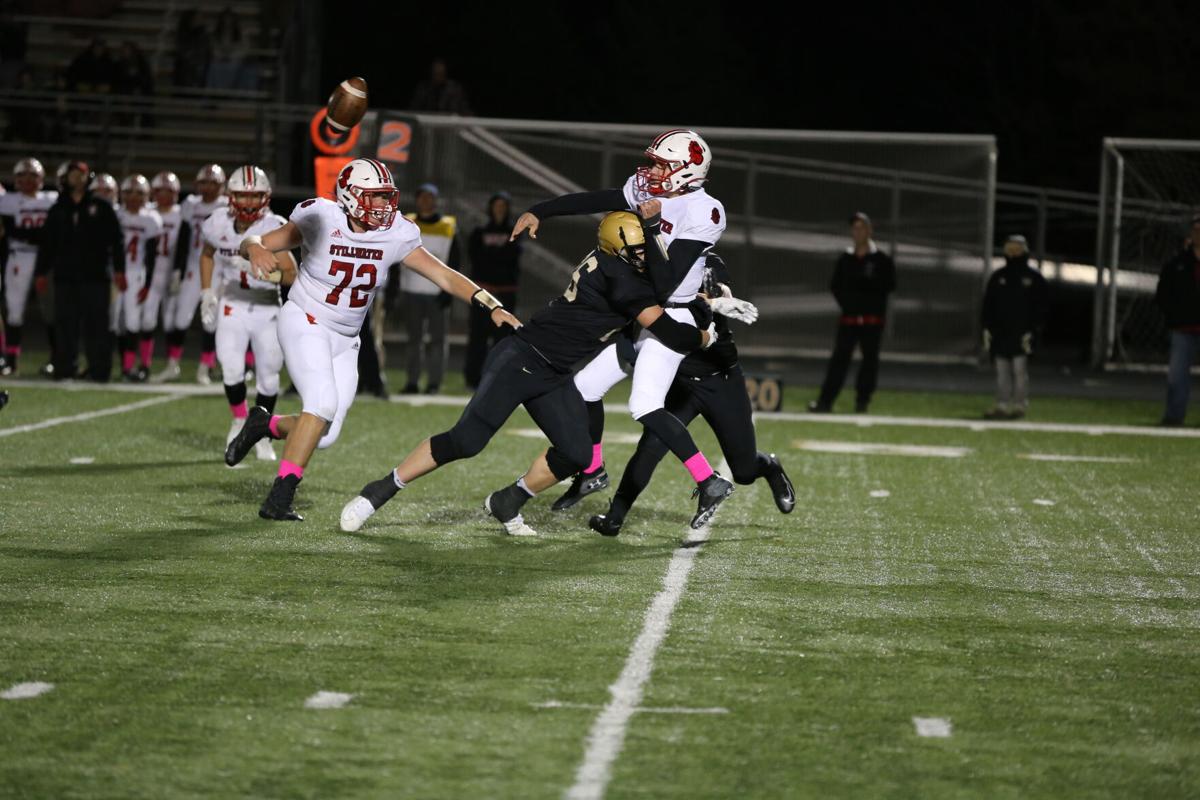 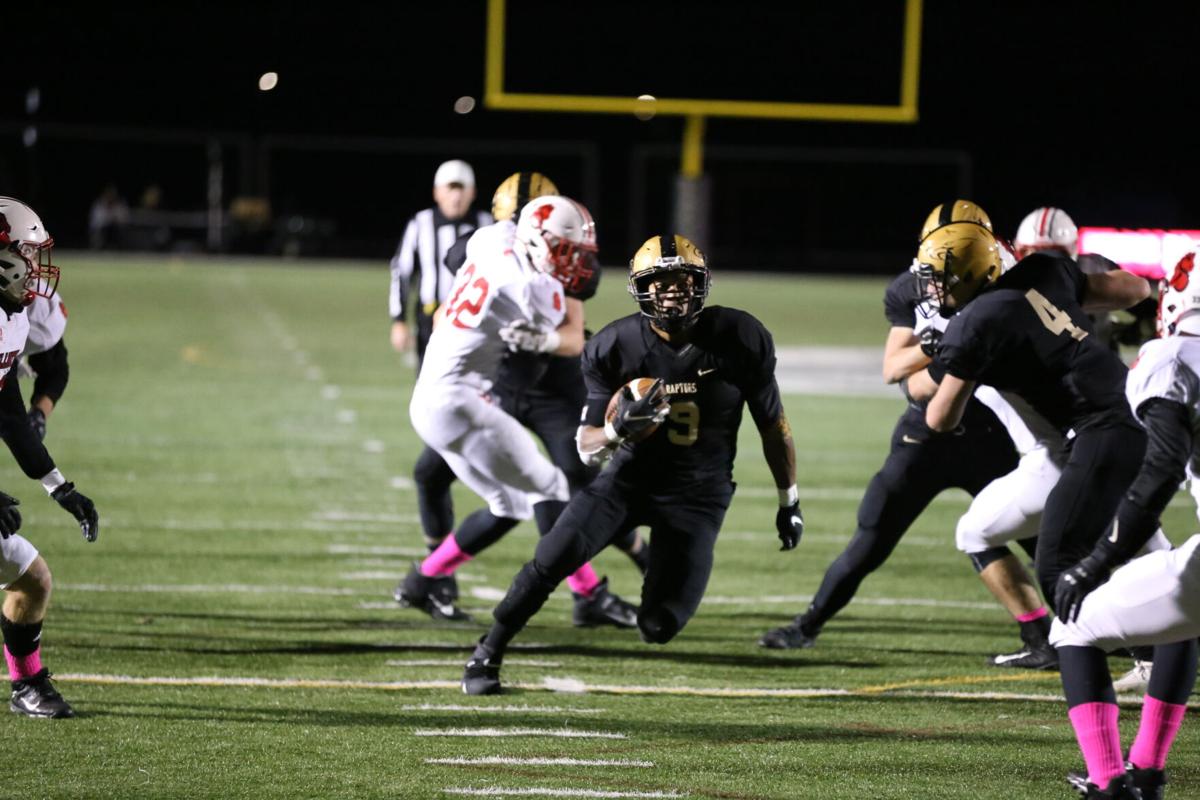 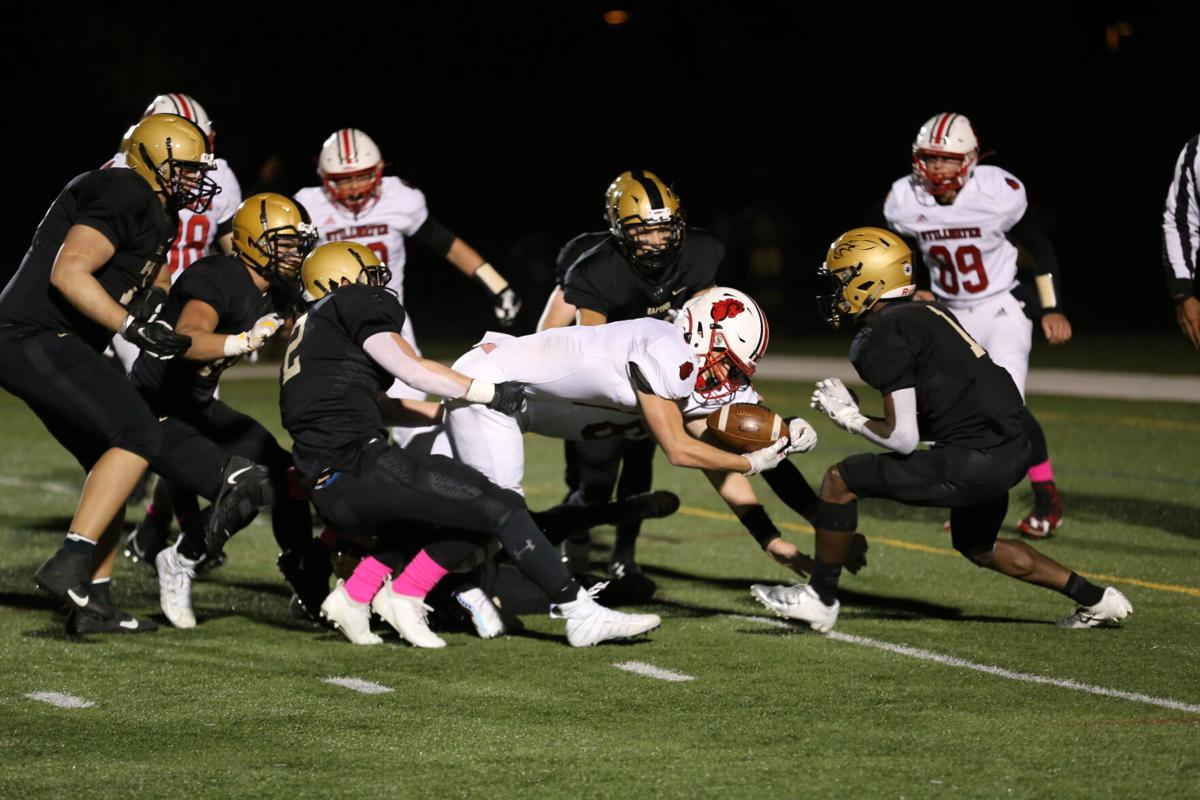 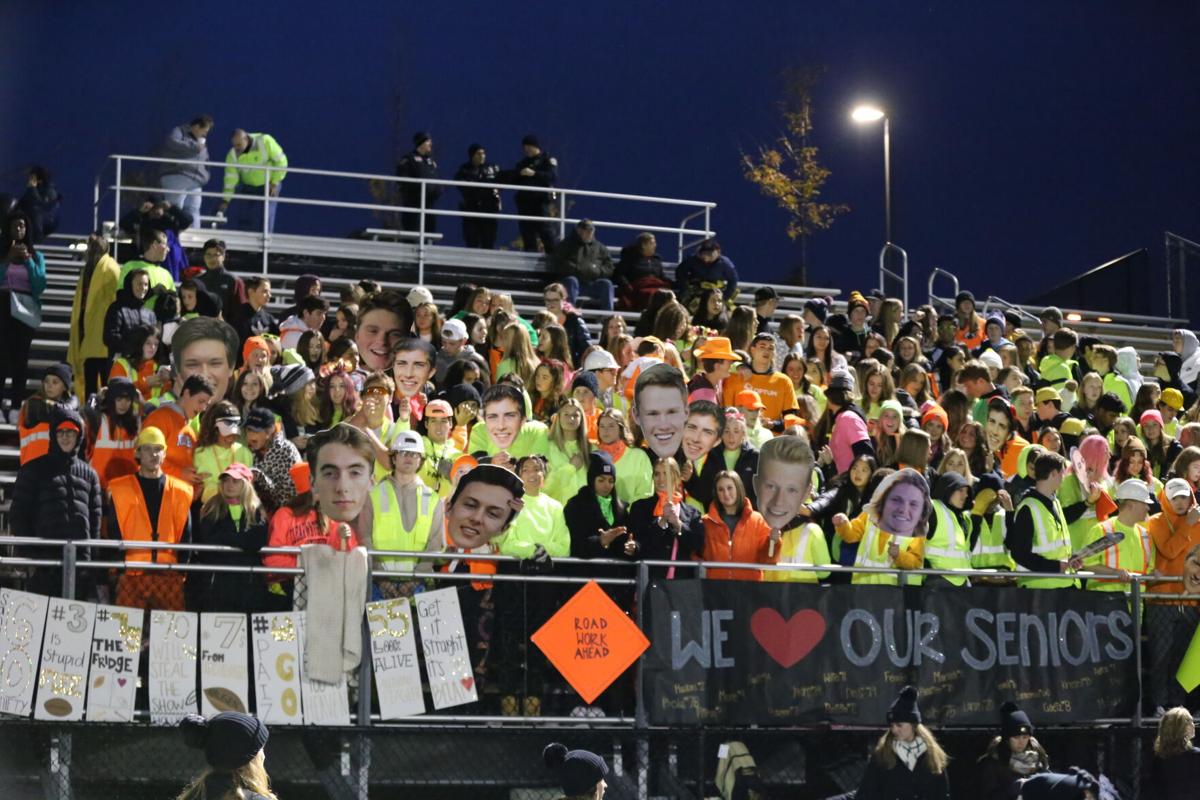 Our of the eight games in the season, the Raptors have ended six games in a 11-point difference or less including Wednesday night against Stillwater.

It was a back-and-forth night for scoring, but East Ridge came out with the 35-32 win over the Ponies. This victory helped not only in the overall record, but their seed for the playoffs.

"These players have learned and talked about their early close losses," Fritze said. "It's helped them learn and finish these close games with wins. I'm proud to see them grow as a team during this regular season."

The season started with a 3-point loss to Champlin Park and a 10-point loss to Cretin-Derham Hall and both of these games were close until the final minute.

East Ridge faced a deficit early on Wednesday night as Stillwater scored the first touchdown, but after a strong return by Andres Pettis, Riley Larson ran in for a 49-yard rushing touchdown to tie the game at 7-7.

Then, the Raptors took control of the lead with a 3-yard rushing touchdown by KJ Moore, but the Ponies came rolling back to tie the game at 14-14 at the half.

The only score that came in the third quarter was from Stillwater and it was a field goal to give the Ponies a 17-14 lead. The final quarter was a scoring festival between the two teams.

"The fourth quarter was definitely a back-and-forth game," Fritze said. "It was good to see our offense and defense battle back each time to earn the win."

It started with a 9-yard touchdown reception by Owen Bretoi from Larson to make it a 21-17 East Ridge lead. The Ponies came back to score a touchdown and gain a 24-21 lead over the Raptors.

Larson showed off his running skills with back-to-back rushing touchdowns to give East Ridge a 35-24 lead late in the fourth quarter. The two touchdowns came 20 yards and 15 yards away from the end zone. Larson ended his day with 20 carries and 164 rushing yards with three rushing touchdowns and a passing touchdown.

Larson's counterpart, Moore, had 28 carries for 193 rushing yards and a touchdown in Wednesday's contest. The Ponies were able to score one more touchdown in the fourth quarter to make it a 35-32 game, but the Raptors ended up holding onto the victory.

It was an important win for East Ridge because it was senior night for the Raptors and Fritze wanted these seniors to finish this regular season with a win.

"These seniors have meant a lot to this program and they've made this season so much fun for me as a coach," Fritze said. "They've been leaders on and off the field and have helped shape this program for future years ahead."

The win on Wednesday improved East Ridge's record to 5-3 on the season and 4-2 in the district standings, which puts them tied for second place behind Woodbury.

This win against Stillwater helped the Raptors earn the No. 4 seed in Section 4 of the Class AAAAAA playoff bracket. This seed will give them a home game on Friday, Oct. 25, at 7 p.m. as East Ridge hosts No. 5 seed Osseo in the opening round of playoffs.

"We will get to practice on Monday and start focusing on the game ahead," Fritze said. "I don't want to pressure on them because they understand what the playoffs mean, but I also want them to play their best game. I know they'll leave everything out there on Friday night."

If the Raptors win on Friday night, they will continue on to the round of 16 where they will play either No. 1 seed Wayzata or No. 8 seed Eagan on Friday, November 1, at 7 p.m.

Right now, the focus is on Osseo and advancing through that game for Fritze and the Raptors football team.