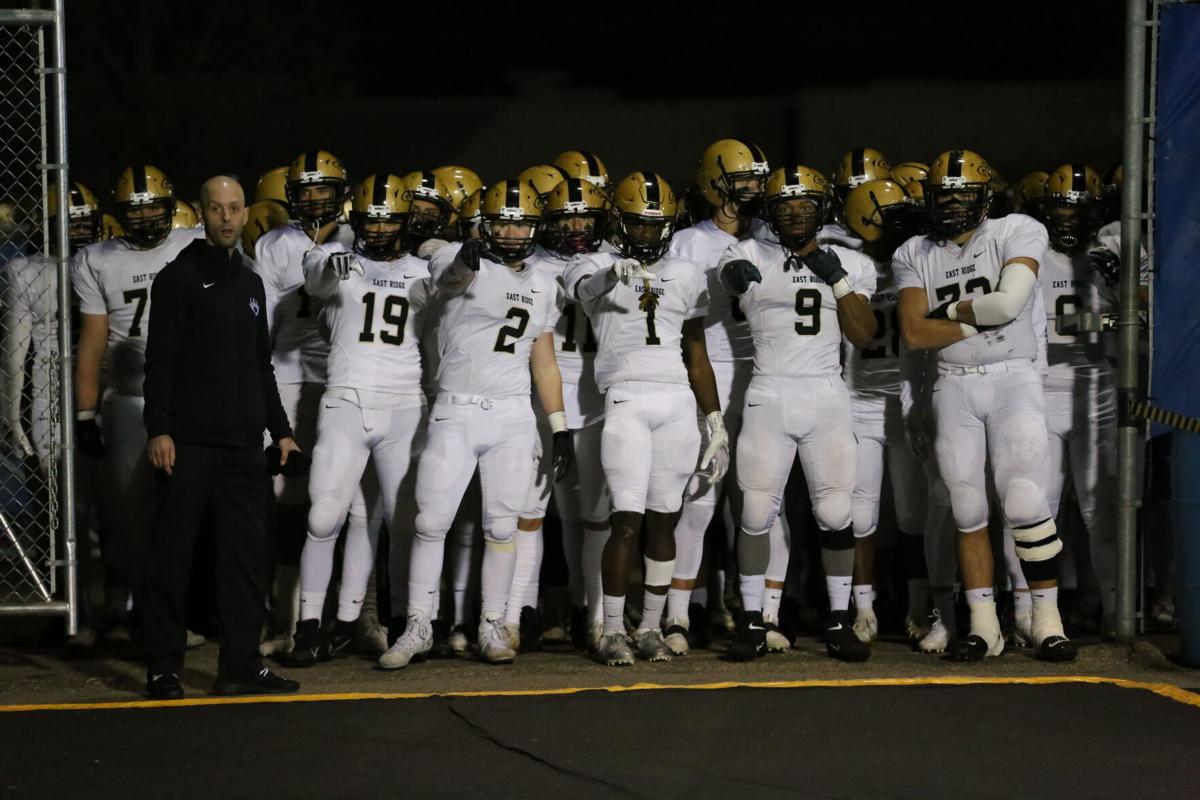 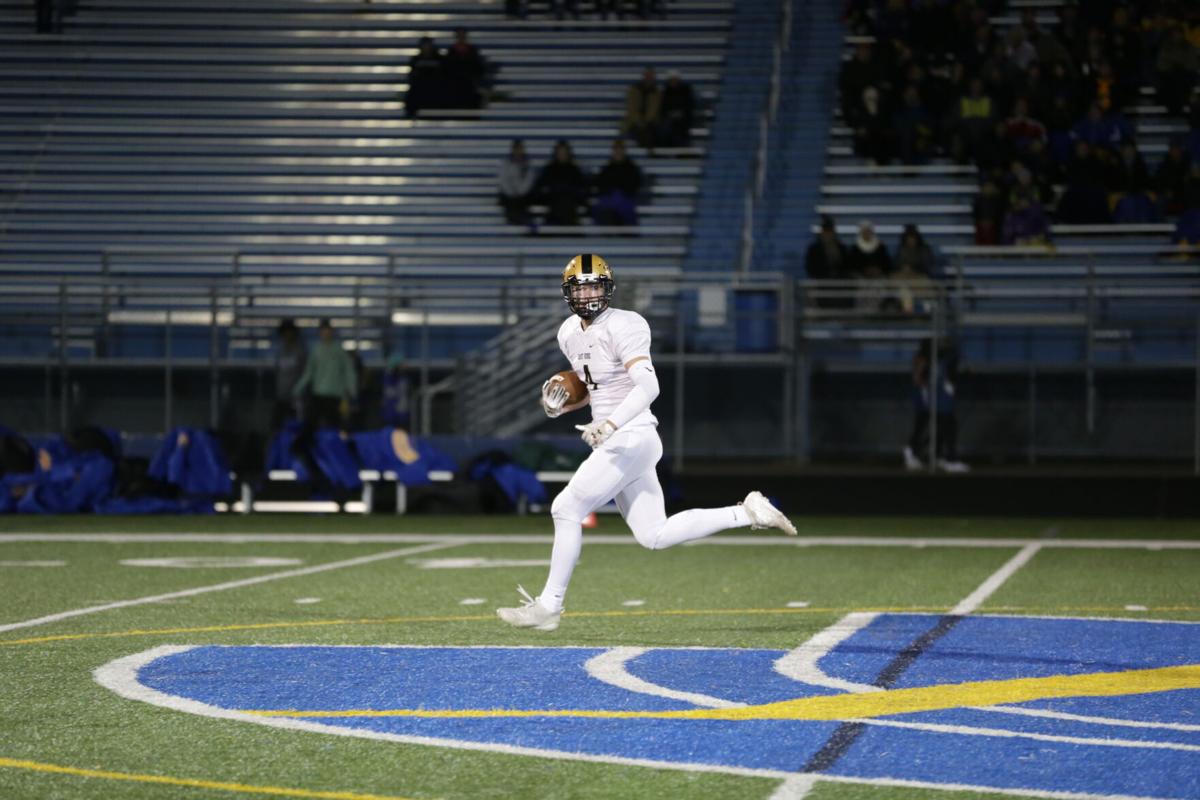 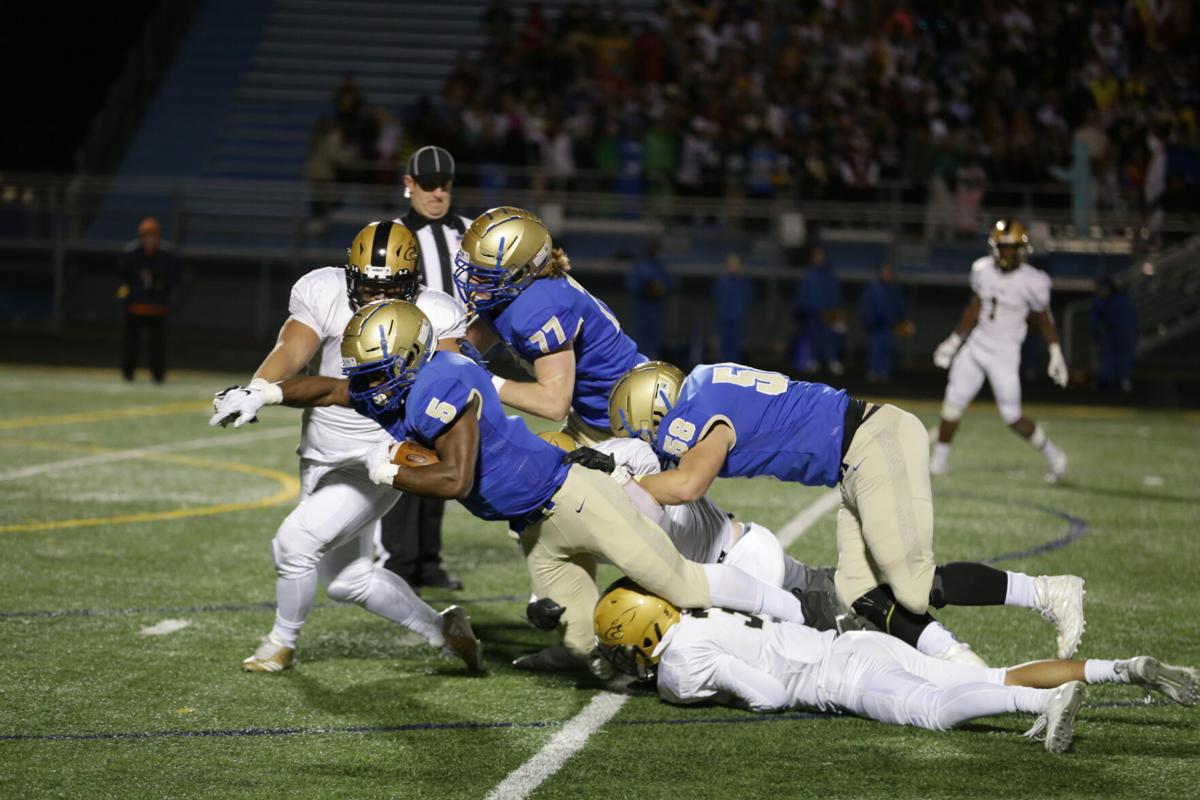 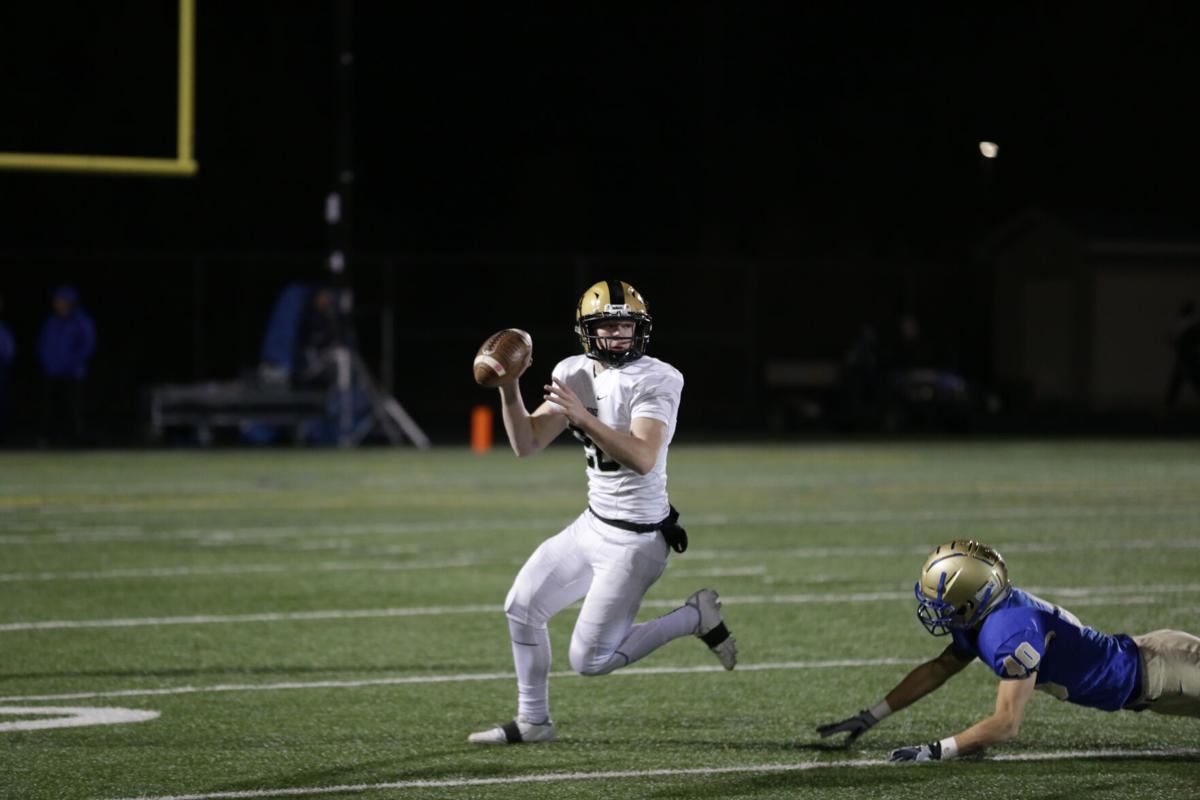 The East Ridge football players and coaches knew Friday night was going to be a battle, but they knew it would take consistency for all four quarters and a handful of players going their way to win against Wayzata.

Even though East Ridge played hard for the entire game, Wayzata won those key plays to take an early lead and win 56-20 on Friday night in the round of 16 at the state tournament to end the Raptors season.

"Our guys fought tonight, but Wayzata is a good team and has a strong chance to make a run in this tournament," said East Ridge head coach Dan Fritze. "It's always tough to see a season come to an end, but this one hurts because of how this team was ready each day at practice. There wasn't any negativity from any players and each player was focused on becoming better each week."

The game started off with a squib kick by Wayzata, but the ball deflected off an East Ridge player and the Trojans recovered it to take an early offensive possession. That led to three touchdowns by Wayzata to take an early 21-0 lead.

The Raptors started with a couple three-and-outs, but was able to break that pattern halfway through the first quarter. Quarterback Riley Larson was able to find Caden Nienow wide open in the middle of the field for an 80-yard touchdown to make it a 21-7 game.

The Trojans went on to score two more touchdowns to lead 35-7 in the early part of the second quarter. Then, Wayzata changed their strategy and East Ridge was able to take advantage of it for a score.

Throughout a quarter and a half, the Trojans kicked squib kicks and avoided the two returners deep down the field for the Raptors. Finally, Wayzata decided to kick the ball deep and Owen Bretoi made them pay with a 90-yard kickoff return touchdown.

This made it a 35-14 game, but Wayzata scored two more touchdowns to make it a 49-14 game at the half. It was a complete change of events in the second half as the two teams combined for 14 points compared to 63 points in the first half.

With that much of a lead, it was tough for East Ridge to comeback in the second half. The Trojans scored one more touchdown in the fourth quarter and the Raptors added a touchdown too with a 27-yard pass from Jackson Turner to Brody Kriesel. This made it a 56-20 final score at the end of a rainy and snowy night at Wayzata High School.

"You never want to see the season come an end, but this Wayzata team is a really strong team that's very well-balanced," Larson said. "It's unbelievable to think that my last game in high school is over along with many of these seniors on this team. We've formed a family as a team this season and I didn't want to see it end."

It was a tough scene after the game because reality hit many of these starting seniors that their high school careers had come to an end. There were hugs shared and tears shed, but many of the players reflected on the memories that had from this season.

Fritze wanted to soak up the last few moments of the 2019 season because this season was special for him and the rest of the coaches. At the beginning of the season, he described this team as one of the hardest working teams he's coached and the team chemistry continued to build each week this fall.

"The upperclassmen and underclassmen work really well together as they push each other to be the best player and person they can be," Fritze said. "This team came in focused on Monday for a week of practice and had a great time each night for games. Those are the memories I hold onto for this season."

The Raptors will say goodbye to 24 seniors this year including many starters on both sides of the ball. These players include Larson, Kriesel, Andres Pettis, KJ Moore, Sam Haskins, Rob Jeter, Cory Gounili, Nolan Goetz, Ethan Pittman, Tyler Drost, Kennedy Sanneman, Reese Pantila and many other key players for the 2019 season.

Fritze and Larson said they feel that this senior class has helped this program understand what it takes to reach goals throughout the season and continue to work hard day in and day out.

Some of these players will go play football in college and some will not, but this program is more than just football.

"I'm so grateful to have been in this program because it's taught me how to be a man and not just learn the game of football," Larson said. "I've learned everything there is about becoming a man and decision-making and what I'll face in college and adulthood. I can't thank the coaches enough for teaching all of us these life skills each day throughout the season.

"I will miss many things about this team and this program, but I'll hold a lot of memories in my head for many years to come."