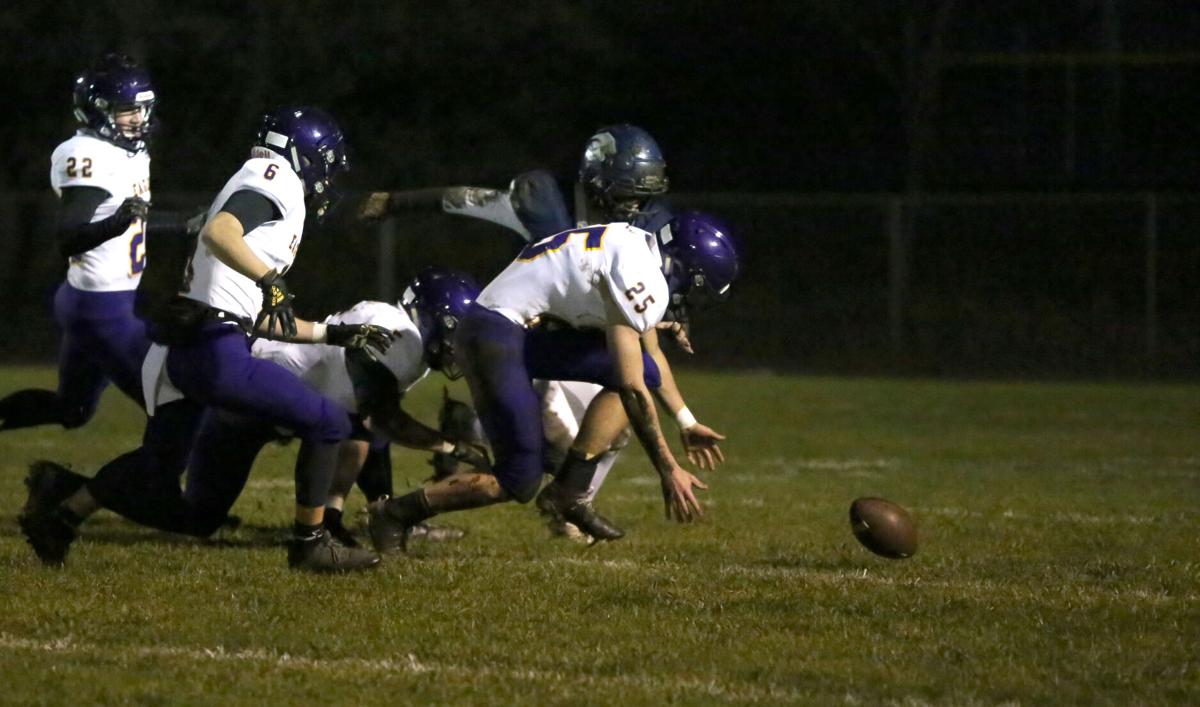 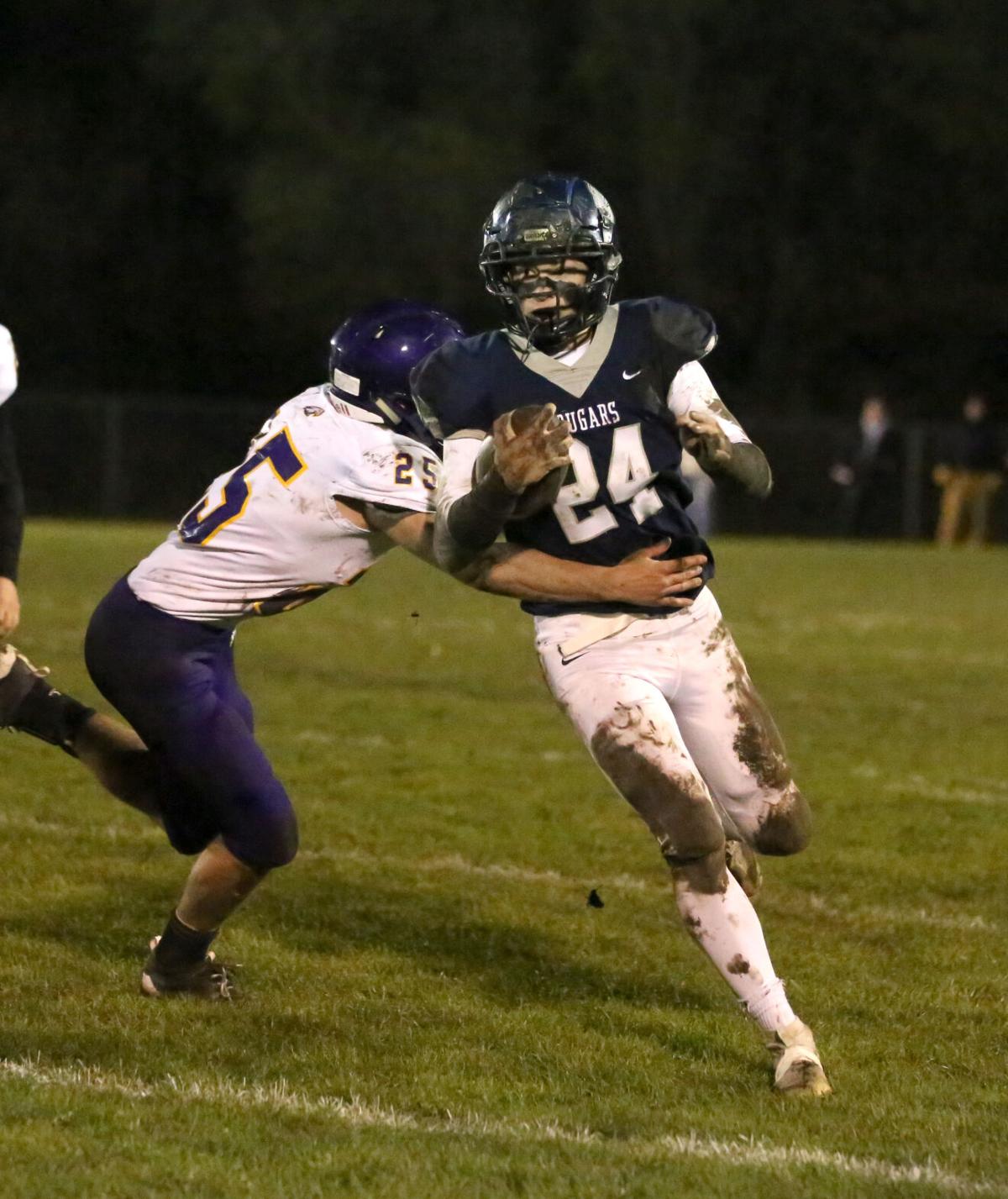 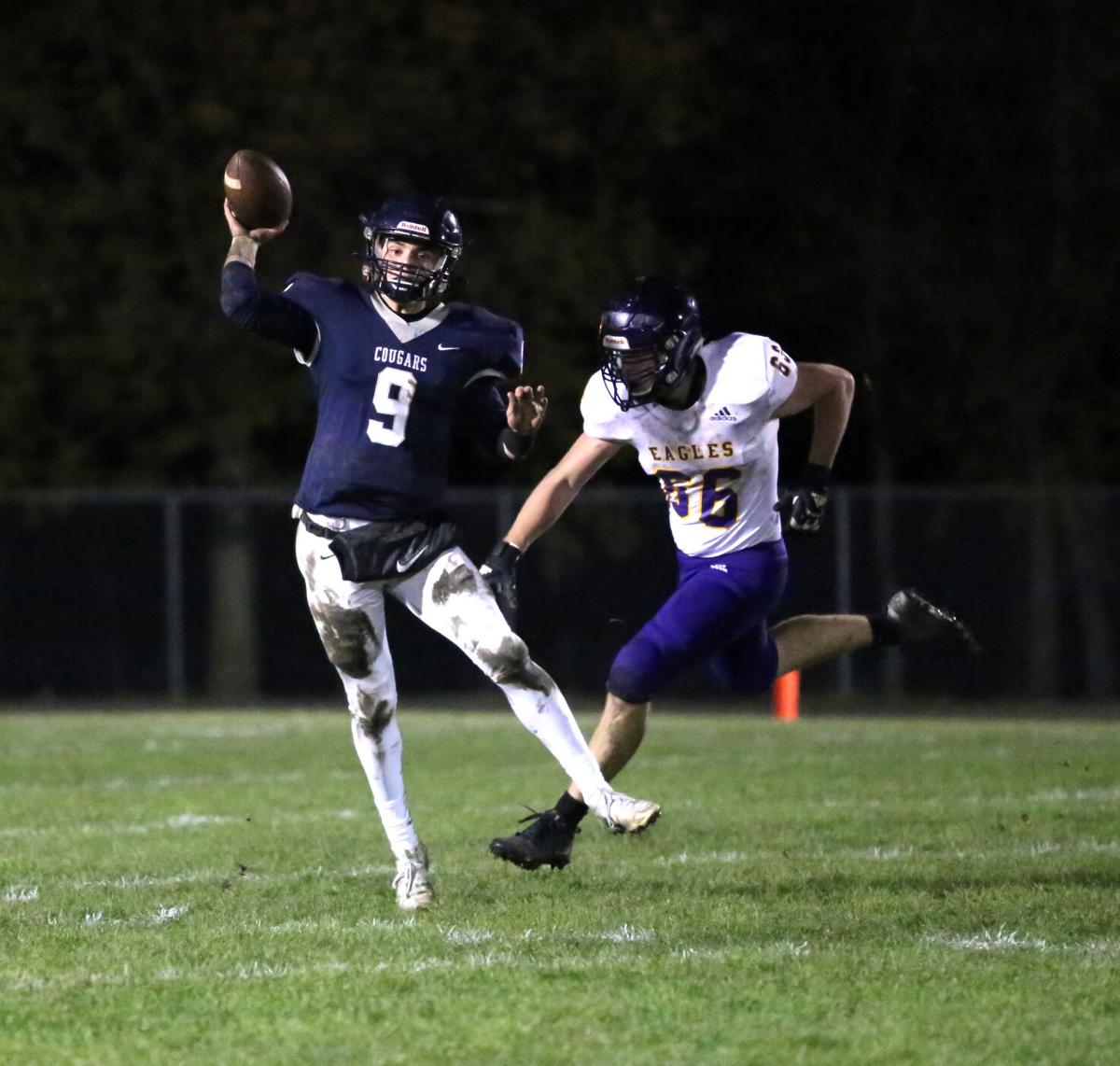 Three fumbles in the first 6 minutes of the game doomed Zumbrota-Mazeppa and gave Rochester Lourdes a head start. By the time the Cougars reigned in the ball and kept better control, the 21-point deficit after the first quarter was too much to overcome.

The sixth-seeded Eagles flew to a 41-8 Section 1AAA quarterfinal win over the No. 3 seed Cougars on Tuesday.

After a postgame speech, Z-M head coach Darin Raasch kept the seniors on the field for one last parting message in which he quoted Winnie the Pooh.

"'That how valuable it is that we hold so something so dear that it's this hard to say goodbye,'" Raasch said he told his seniors. "That's the benefit. If these guys left here happy to be done, we would have done them an injustice, but it is so hard because they hold this so valuable and football means that much."

The seniors, probably wishing the final score wasn’t so lopsided, took their time leaving the field. Raasch said he was extremely proud of his team and would like them to remember more than the final game of the season.

For the next year's team, Raasch said a game like this fuels a fire to work during the offseason and he expects the returners will have that.

"For our underclassmen, I hope this fuels them to get 7-on-7, to get in the weight room, to do the offseason workouts," Raasch said. "It's OK to let this burn, it's OK to let this fuel to improve. That's a good thing because without passion you're not going to do anything."

On the first drive of the game, the Cougars had a manageable fourth-and-1 approaching midfield. A bad snap that went over the head of Cougars quarterback Willie Holm resulted in a fumble recovery for the Eagles. The ball was kicked, touched by three different players and finally recovered around the Cougar 20-yard line.

Senior running back Destin Hinson scored on the next play to give Lourdes a 7-0 lead.

After receiving the kickoff, the Cougars fumbled again. The Eagles defensive pounced the loose ball again. This time the Cougar defense held Lourdes in check, forcing a punt.

Still very early in the game, the Cougars had the ball back ready to even the score. The Cougars picked up a first down, but another bad snap that overshot Holm was recovered by the Eagles.

The Cougars had no answer as the Eagles capitalized on the turnover with a touchdown to increase the lead to 14-0.

By the end of what was a dreadful quarter for the Cougars, the Eagles led 21-0.

"In the locker room we talked about writing our own story," Raasch said, "and in the end we didn't write a very good story in the beginning because the turnovers, miscues, lack of execution doomed us. ... As team we didn't get it down to today. Lourdes is a good team. They're healthy now and they're playing well."

Throughout the rest of the game, the Cougars had big plays called back for holding. In total, the Cougars were penalized five times for 40 yards.

Raasch said the penalties, especially the holding variety, were uncharacteristic of his team. He said the penalties plus the turnovers early are ways to lose games and not something any team wants to start doing in the playoffs.

The Eagles rushers combined for 309 yards and all six touchdowns. Hinson led the way with 141 yards on 20 carries and three touchdowns. Nolan Jurgenson carried the ball seven times for 62 yards and two touchdowns. Jurgenson was also 2-of-3 through the air for 66 yards. Seth Haight scored once and rushed for 50 yards on six carries.

Calven Voxland ran the ball 15 times for 94 yards for the Cougars and scored the lone Cougar touchdown on a 2-yard run with 55 seconds left in the third quarter.. Voxland caught three passes for 32 yards on flat routes in the fourth quarter. Willie Holm completed 5-of-8 passes for 34 yards.

With the win, Lourdes next face the second-seeded and 10th-ranked Waseca on Saturday. Z-M ended its season 3-6 overall.