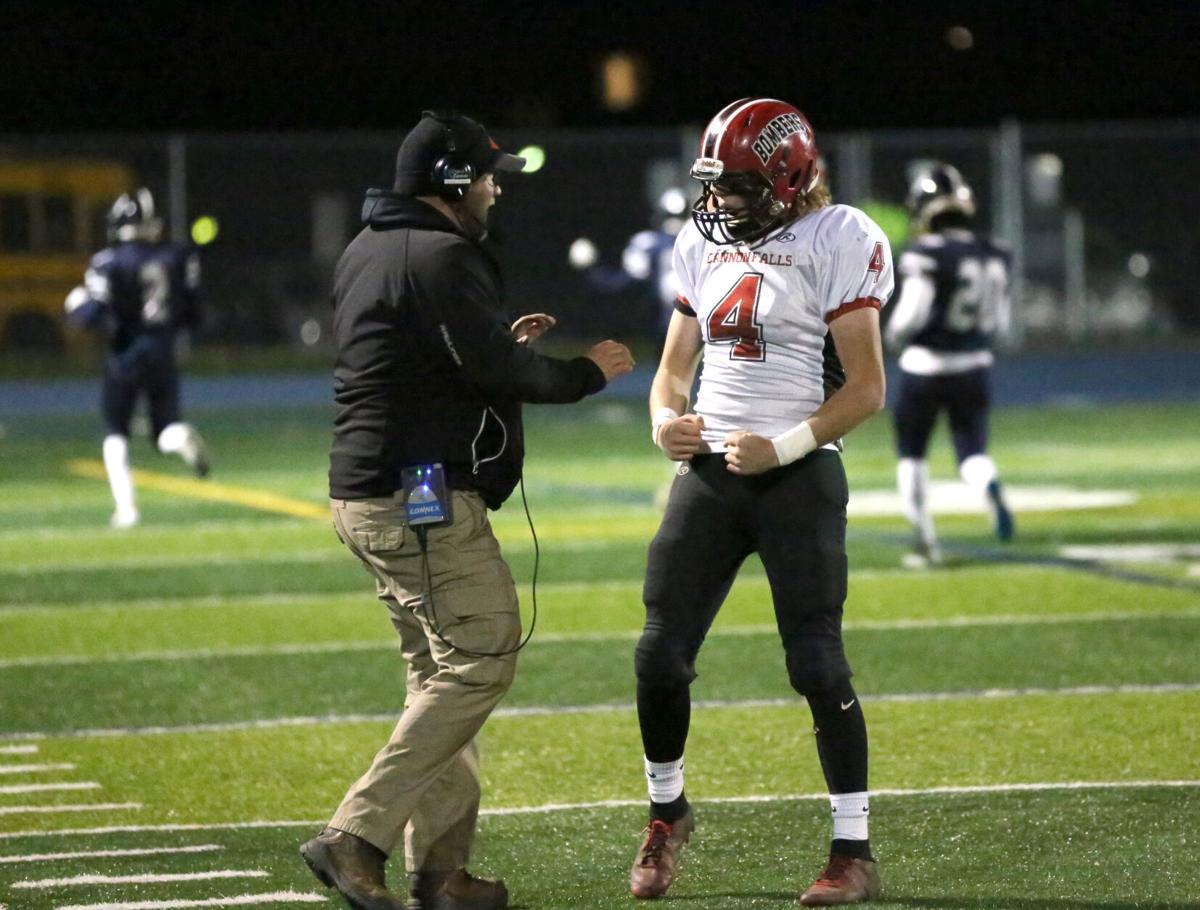 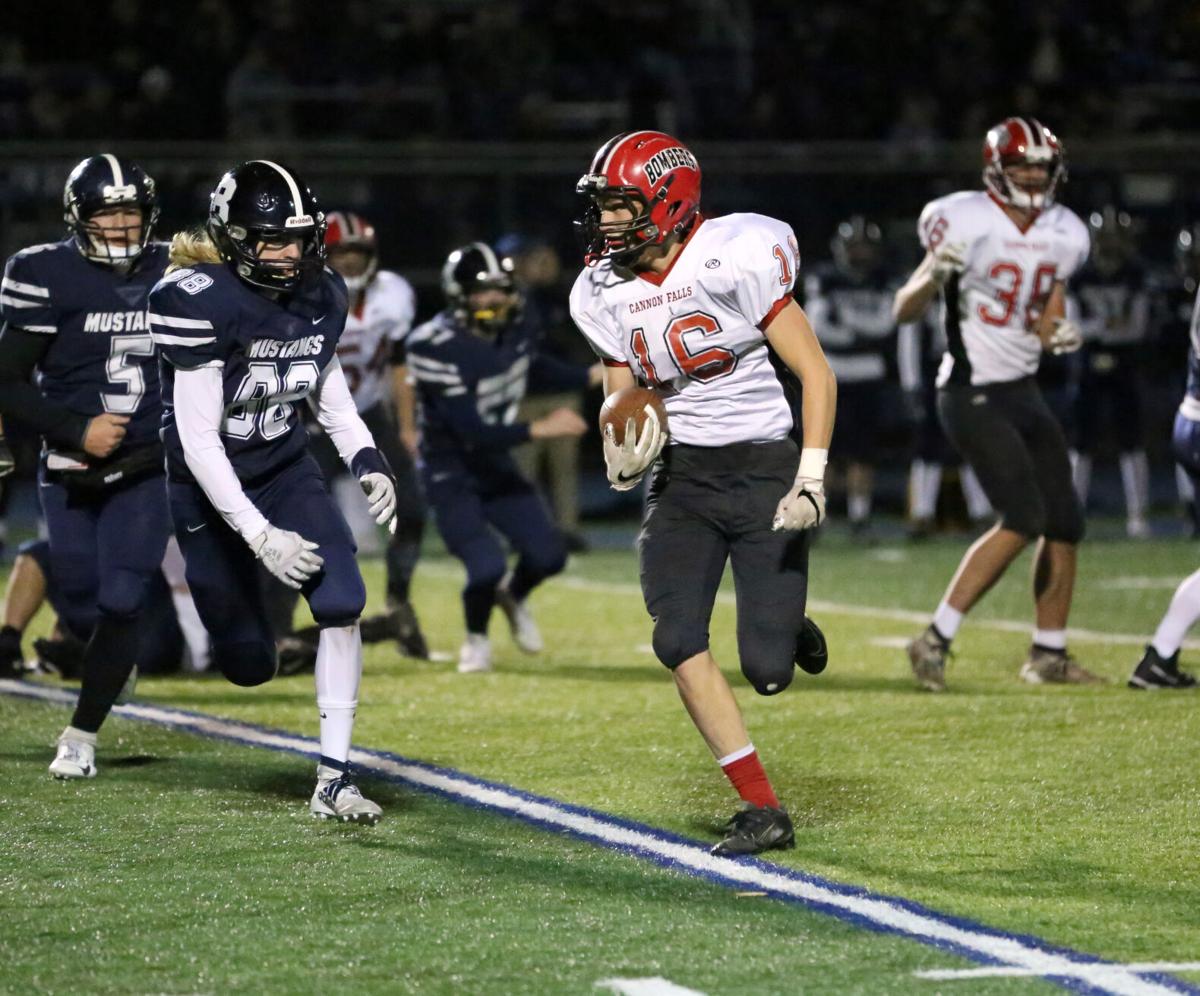 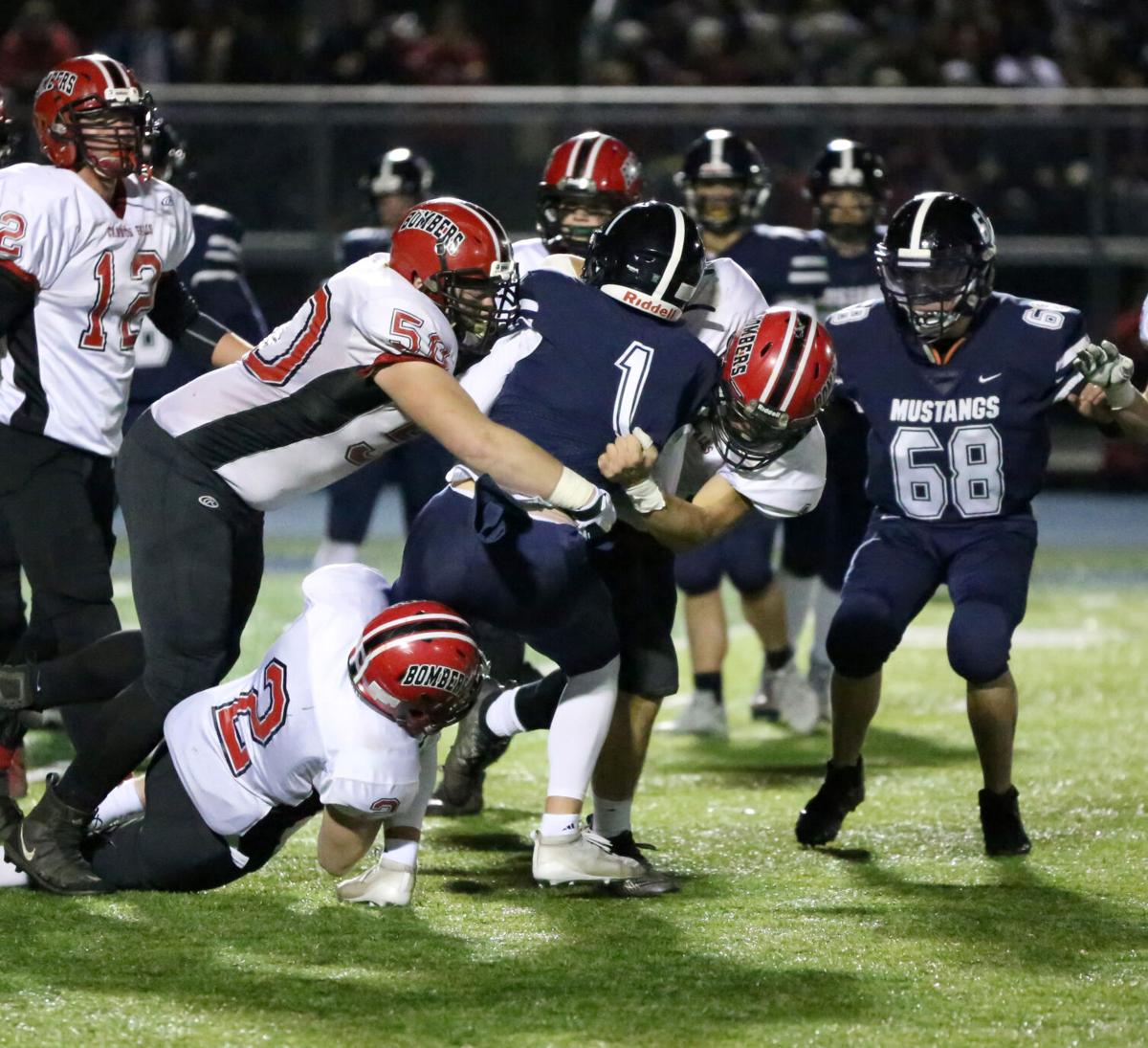 Top-notch execution. At least that’s what Cannon Falls had in the Section 4AAA final Friday night. From the opening kickoff, the Bombers were the better team.

Cannon Falls head coach Dan Meyers said he’s not ready to celebrate the section championship quite yet, despite the Bombers clinching its third state appearance in school history.

“This is only the third Cannon Falls team to ever make it to state and obviously we're going to celebrate,” Meyers said, “but we will probably wait until the season is over to really celebrate what's going on because we have another game next week. We told our guys to have fun and enjoy this one ... But we have to come back Monday. We would love to keep going. From here on it keeps getting bigger and bigger, and more fun.”

Leading big at the half, Meyers said the 2019 Bombers have had the luxury of leading by a large margin in a lot of games. It certainly makes life easier.

“We have a lot of games like (this one) where we've been up big at halftime and been able to use some other guys,” Meyers said, “which is nice over the course of a long season to get some rest for the starters. I would attribute it to our guys being really diligent at practice.”

One matchup coming in was between the Bomber defensive ends Jack Dommeyer and Trenton Matthies and dangerous Mustangs playmaker Derek Turner. The Bombers got a lead so early, then extended the lead so quickly that Turner became an afterthought in the Mustangs offense.

All night long, the Bombers owned the Mustangs at the line of scrimmage.

“Defensively, we pressured their quarterback,” Meyers said. “We had pretty good coverage all night. My biggest worry coming into this game was (Turner), and we kept him bottled up which was the game plan.”

On the opening kick, the ball went to Turner. He wasn’t supposed to get the ball.

“We were trying to keep the ball away from (Turner) because he's so fast and we accidentally kicked it to him,” Meyers said. “We got lucky the ball was on the ground. (After recovering the fumble and scoring a minute later) you can't start a game much better than that.”

Turner muffed the bouncing ball, which deflected off him then stuck to the turf around the 20-yard line. Turner, who made a hard move to the sideline in anticipation of a recovery, couldn’t get back in time. The Bombers recovered it, and just a few plays later, scored just 1 minute, 45 seconds into the game.

The Mustangs got the ball back but was forced to punt. The Bombers scored on the next play. Matthies, who rushed for 179 yards on 16 carries, ran for a lengthy touchdown to increase the lead to 14 points.

Still with time left in the first quarter and the Mustangs unable to move the ball, the Bombers ate up the clock with a long drive that ended in a Dommeyer 1-yard quarterback sneak.

The Mustangs began their next drive with a pair of well-executed plays. On the third play, the Bombers forced a fumble and recovered it. Matthies helped convert the turnover into points with his third rushing touchdown of the first quarter.

It took until the final seconds of the first half for the Mustangs to score. By then, the Bombers already had everything in their control up 34-7.

Riley Keenan capped off an 80-yard drive set up by Cam Dicke’s interception in the end zone. The Mustangs scored in the fourth, but it was far too late for a comeback.

The Bombers out-gained the Mustangs 425-173. Dommeyer ended 2-of-4 for 22 yards and a touchdown. He also ran for 38 yards. Banks ran 52 yards on seven carries while catching a pass for 14 yards. Braxton Ulrich added 44 yards on nine carries.

The Goodhue Wildcats end their season with the loss to the Awesome Blossoms in the Section 1A final. Goodhue finishes 2019 with a 6-2 regular season record and 8-3 overall including sections.

Wildcat quarterback Sam Opsahl threw 54 yards while completing 3-of-16 with a touchdown and an interception. Opsahl added 42 yards on the ground. Baxter O'Reilly had one 45-yard run for a touchdown.